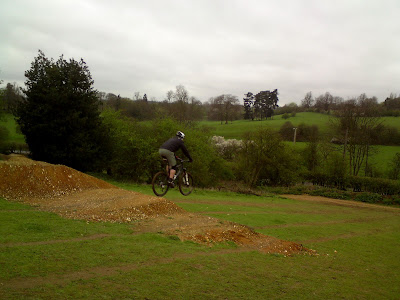 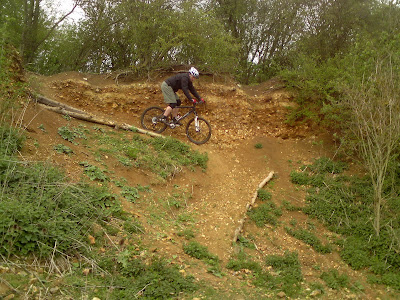 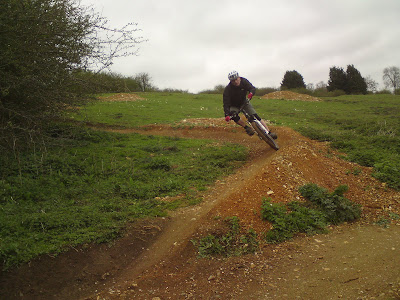 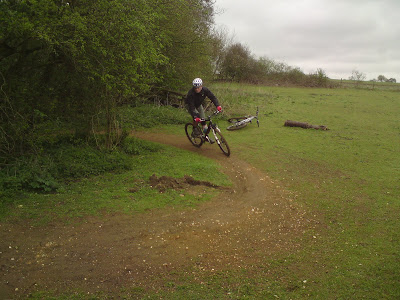 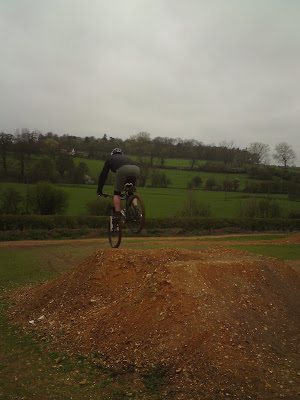 John turned up to me saying he lacked confidence and was aware of something wrong in his riding but not knowing what. After the skills check I uncovered a great push that was bogged down by a missing skill and also that he lacked footwork and looking in corners.
Once corrected, the 1st technique as always that we covered was the drop technique.
John used his new skill set both physical and mental and applied it to ride all 3 of the drops and land perfectly each time, he was surprised at how easy it had became.

Next, we moved onto the skills trail and worked on the 14 sections contained within it.
We worked on the entries and exits to each section and used these as braking zones. We worked on pumping, steps, rock gardens, fly outs and drops into corners, flat, bermed, switchbacks and off camber turns.

Methodically, we moved down the trail linking the next into what we had previously learned and the flow of the trail was harnessed and used.
After a few end to end runs John was beaming ear to ear. We then worked on alpine style switchbacks and used footwork and looking to great effect there too before moving onto our final technique, jumping.

Using John’s natural push and matching it to a speed John sailed over he tabletop to his huge surprise and remarked how effortless it felt. Using his mental skill set he then continued to sail over the tabletop and even rode the 6ft gap side of it too a good few times before the session came to a natural end.
Awesome session!!