Leigh’s one to one session 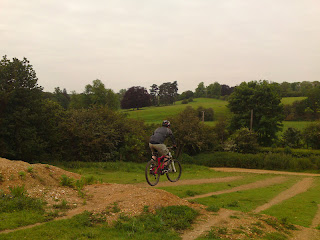 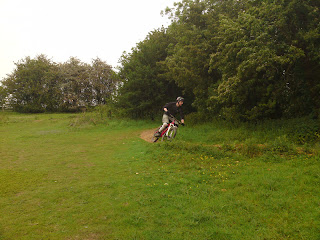 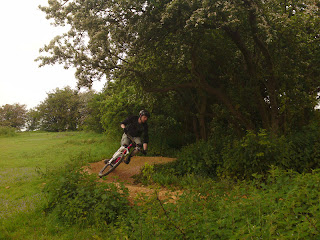 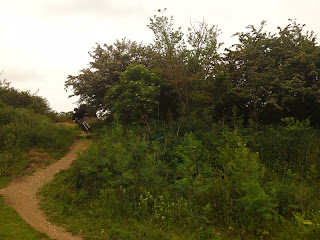 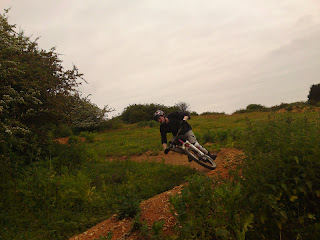 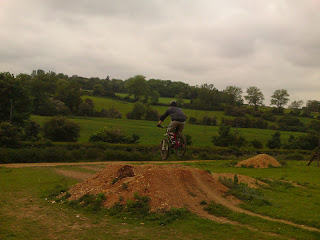 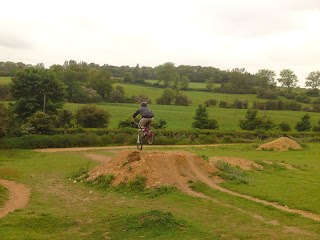 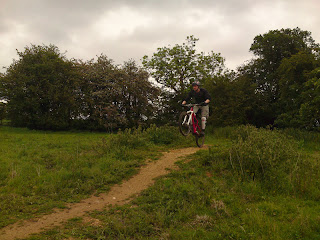 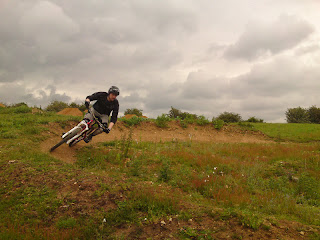 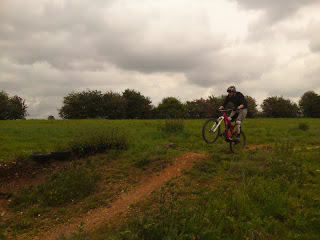 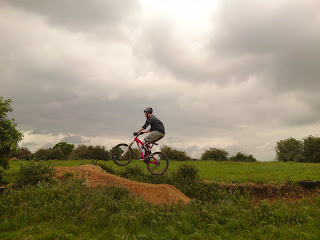 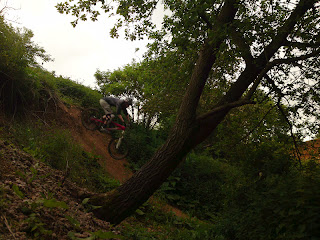 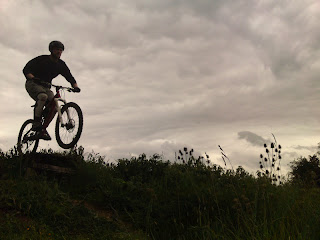 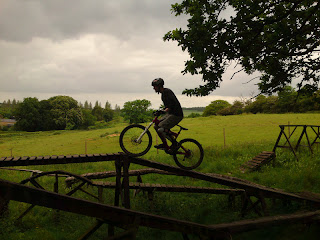 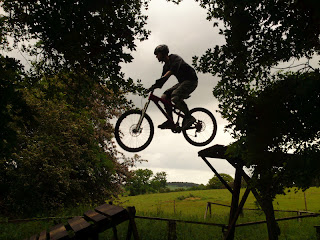 Leigh made the trip up from Eastbourne for his session and I we chatted over a coffee of his expectations for the session. The skills check revealed I had to work on his looking and body position and also his mental skills too. I made some set up changes and the effect was immediate.
We moved onto the drops and Leigh was so comfortable now that I could teach him to style in the air too.
From there, we moved onto the skills trail and I worked on linking the 14 sections on the trail together. Bermed, flat, off camber and switchback turns were linked to pumping, rock gardens, drops and steps. It didn’t take him long to be riding end to end and fast too!
We moved onto the 6ft tabletop and gap jump and that proved no problem at all anymore as he sailed over both with ease. The session was moving along nicely as the physical skills became an unconscious action and the mental questions I teach were applied. On the pump and jump trail We linked pumping, jumping, cornering and manuals along the trail which blew Leigh away big time as he never thought he’d be able to manual in such a short time frame.
I then worked on the different applications of the skills set when riding steeps.

Leigh now chose whether to roll, drop or drop in on steep stuff with equal control. I could see he was beginning to tire but he wanted to ride some woodwork if possible to off we went to the herts shore woodwork.

Once I had enhanced his control of the woodwork environment he quickly rode a small 1ft drop and soon we were looking at a higher gap drop which he never in his wildest dreams thought possible for him to ride but in a short while he did and even styled it in the air. Our session ended there to smiles all round and a cold beer!
Great session!