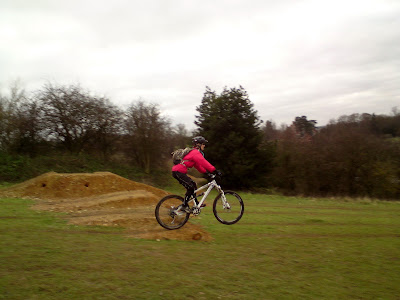 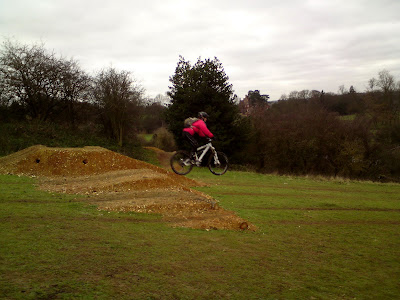 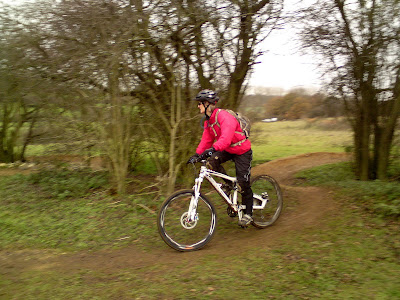 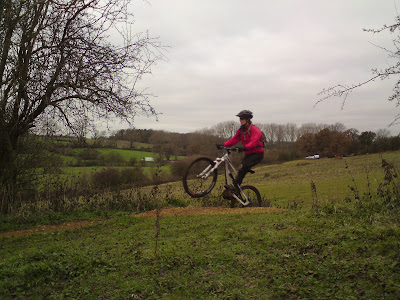 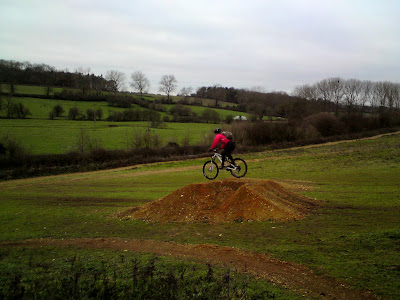 Kirsten was given a skills gift voucher by her partner Keith, who has been coached by myself. So she kind of knew what to expect.
I found that Kirsten lacked looking in her riding skill set but had some great habits too.
The first technique I covered was the push to unweight the front end and after a set up change, Kirsten found the front wheel raised easily.
We then moved onto the drop technique and here I demonstrated the push in this context and very soon Kirsten was flying off of all of the drop sections with ease.

Next, we moved onto the skills trail and the 14 sections contained within it. I split the trail into 4 segments and we worked on the sections contained within each before adding it to the previous one. We worked our way down the trail methodically. We worked on pumping, flat, bermed,switchback and off camber corners, fly outs, steps, rock gardens and drops. each was worked on and the skill set, both mental and physical were used and applied.
We then rode the trail in its’ entirety and as the ground softened and became slower, Kirsten became faster and faster as she applied the skill set and averaged 10-15% faster by the end over the initial runs.
I then asked Kirsten if she would like to learn to jump as she rides at Swinley forest a lot and therefore it has value to her riding. She agreed and we moved onto the table top which has a gap one side. In a short time again she was pushing correctly and getting air time! Time after time she landed perfectly and then she moved across to the gap jump and sailed over it easily!
After a few goes I called an end to the session as fatigue began to show.
This brought to end an amazing day.
Thanks Kirsten!