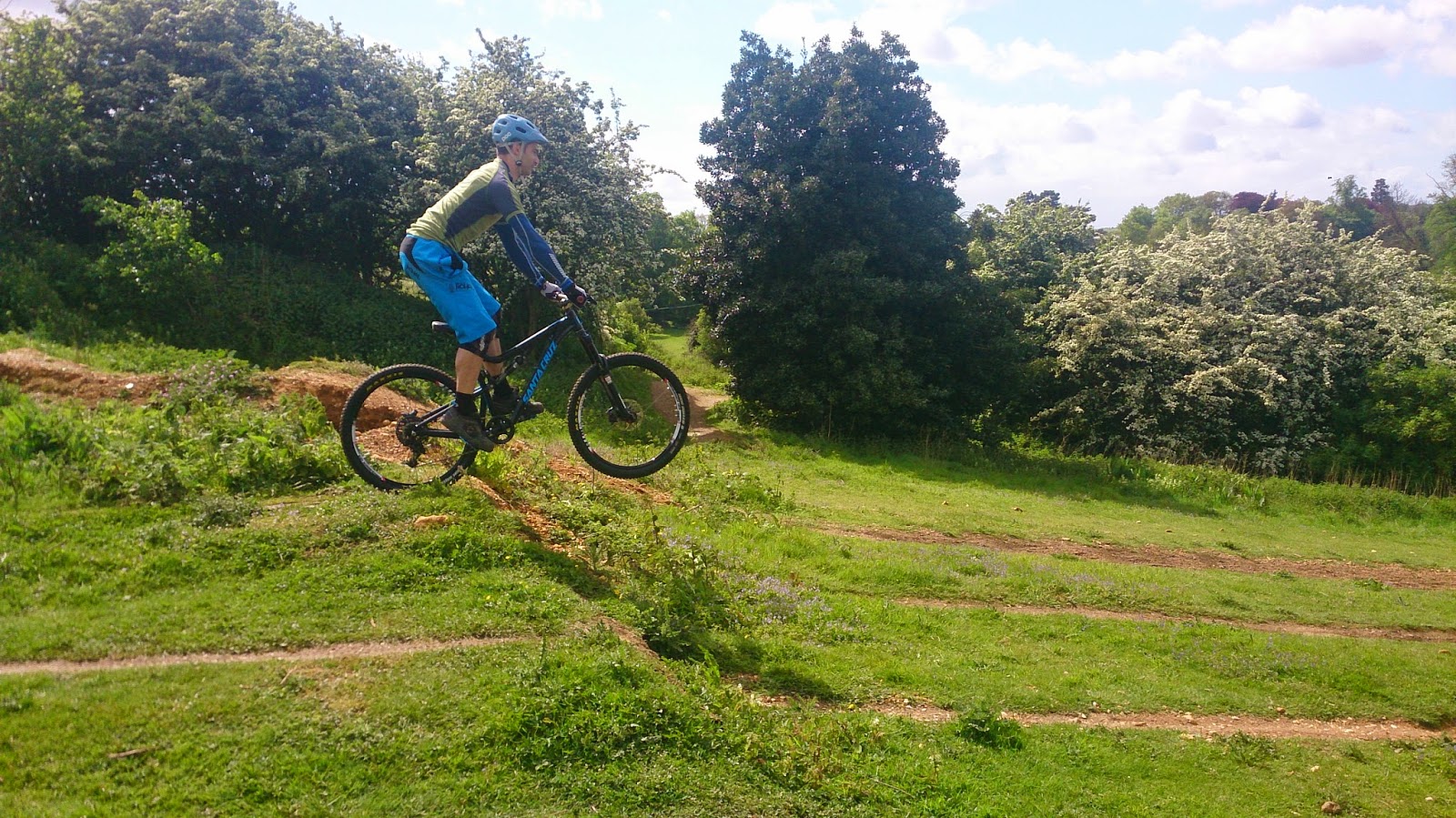 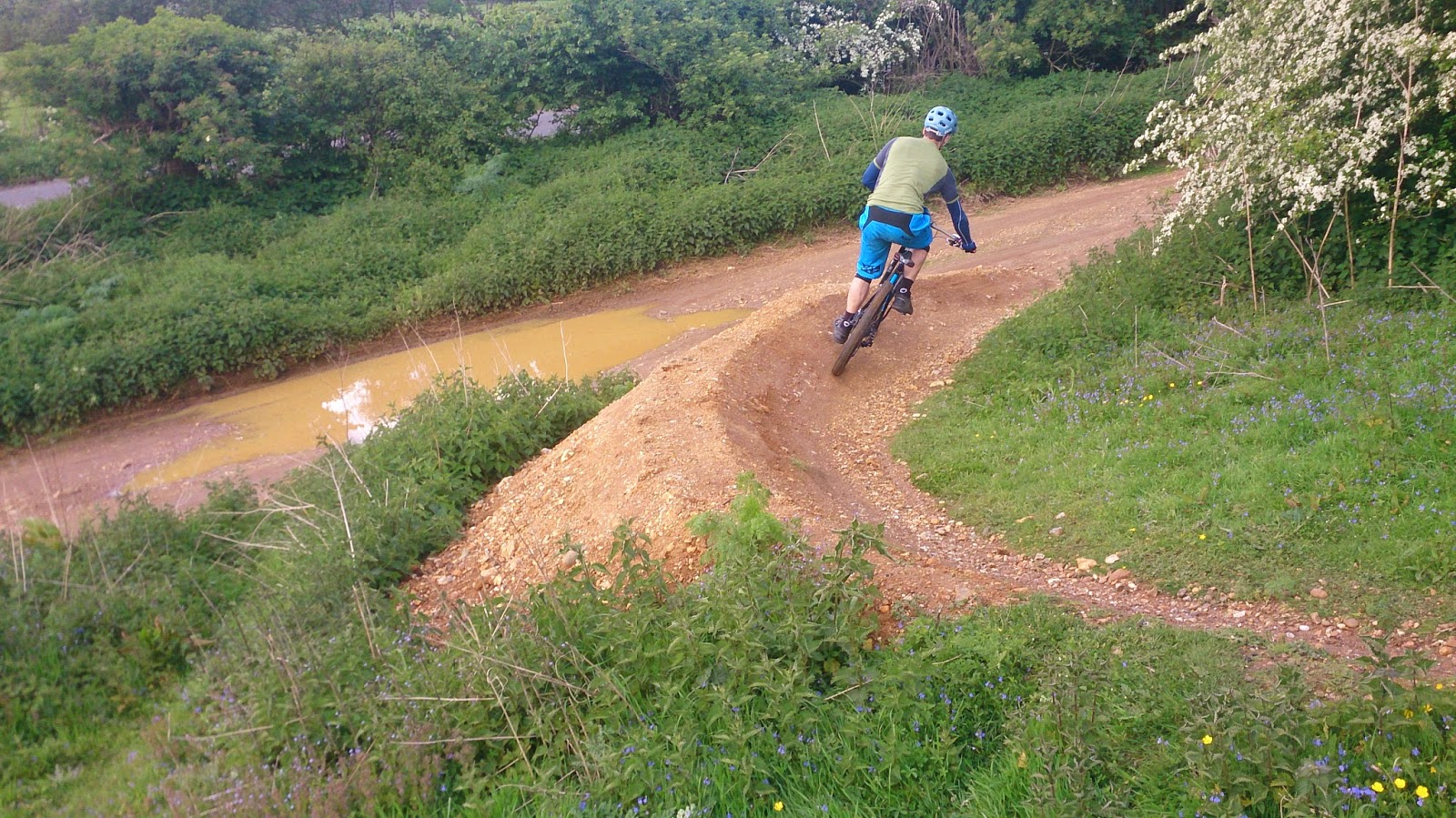 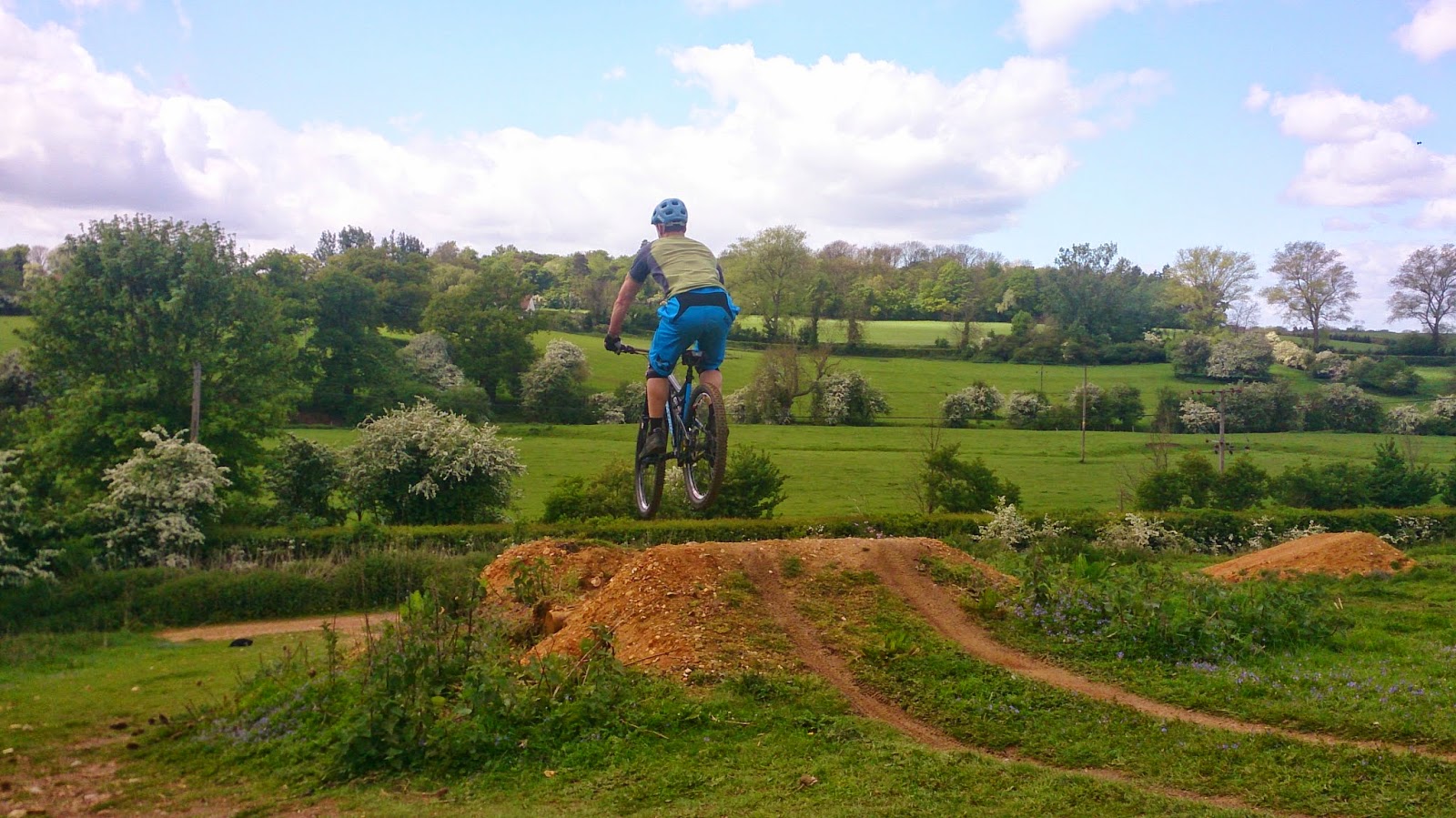 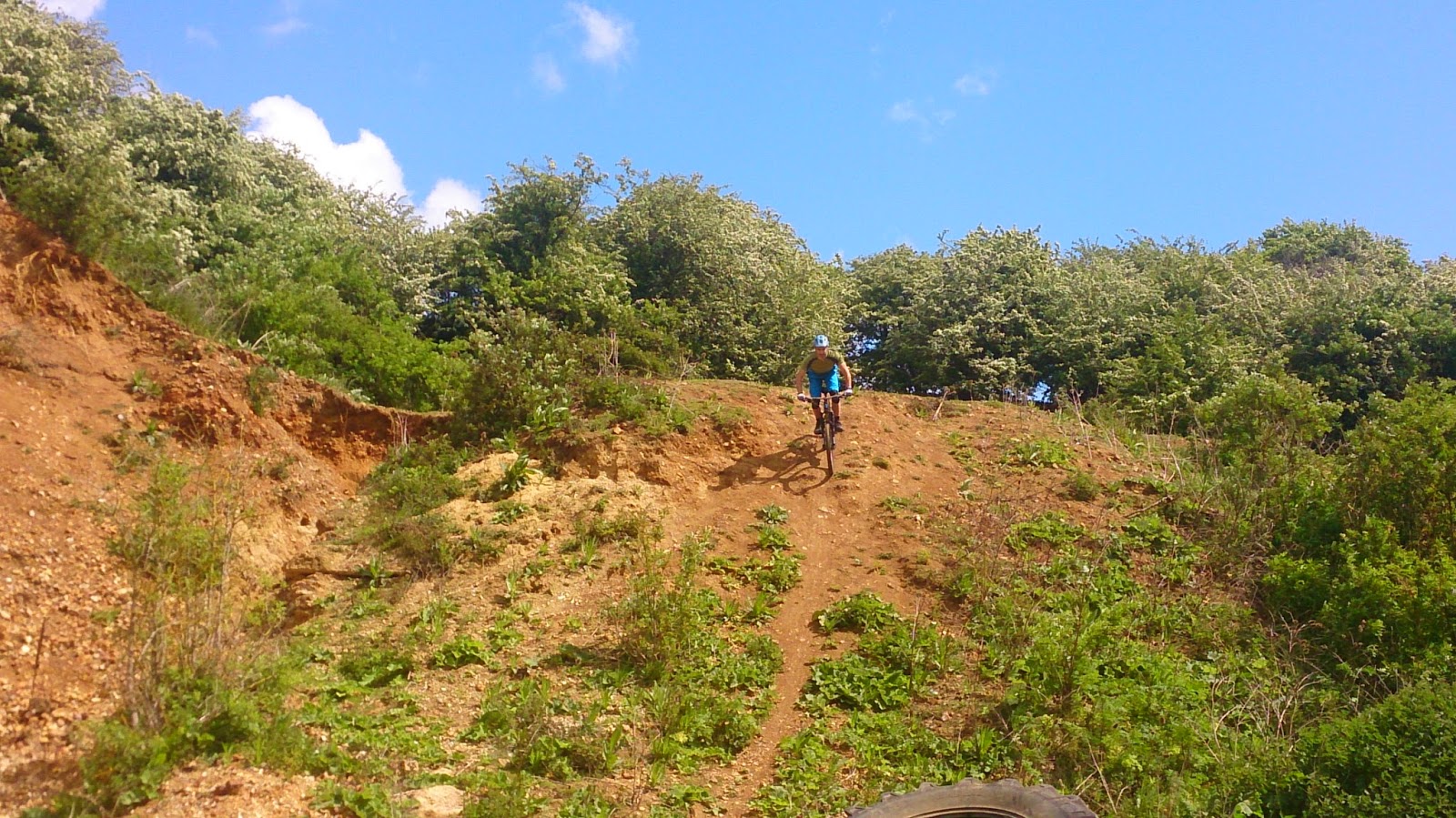 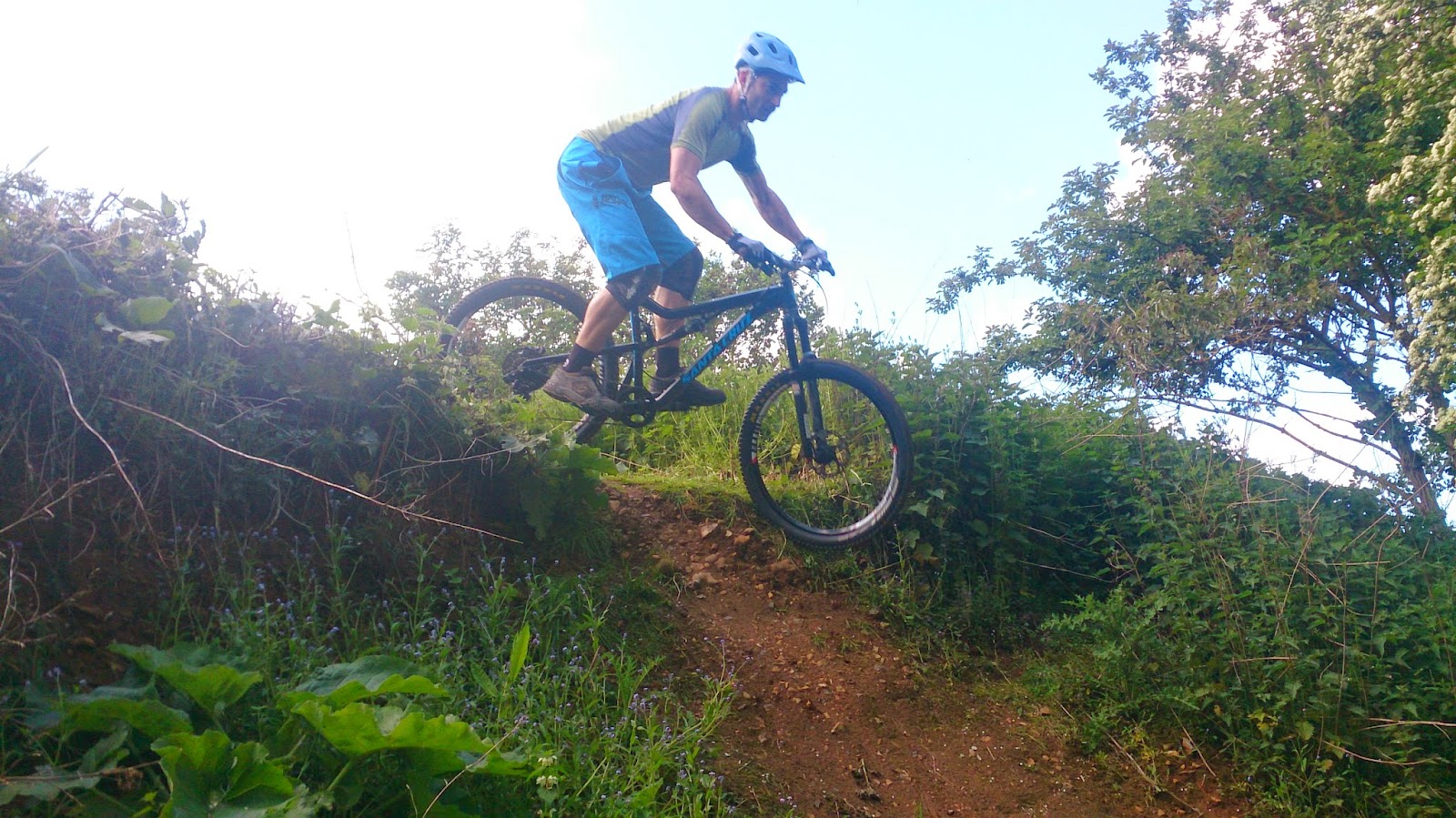 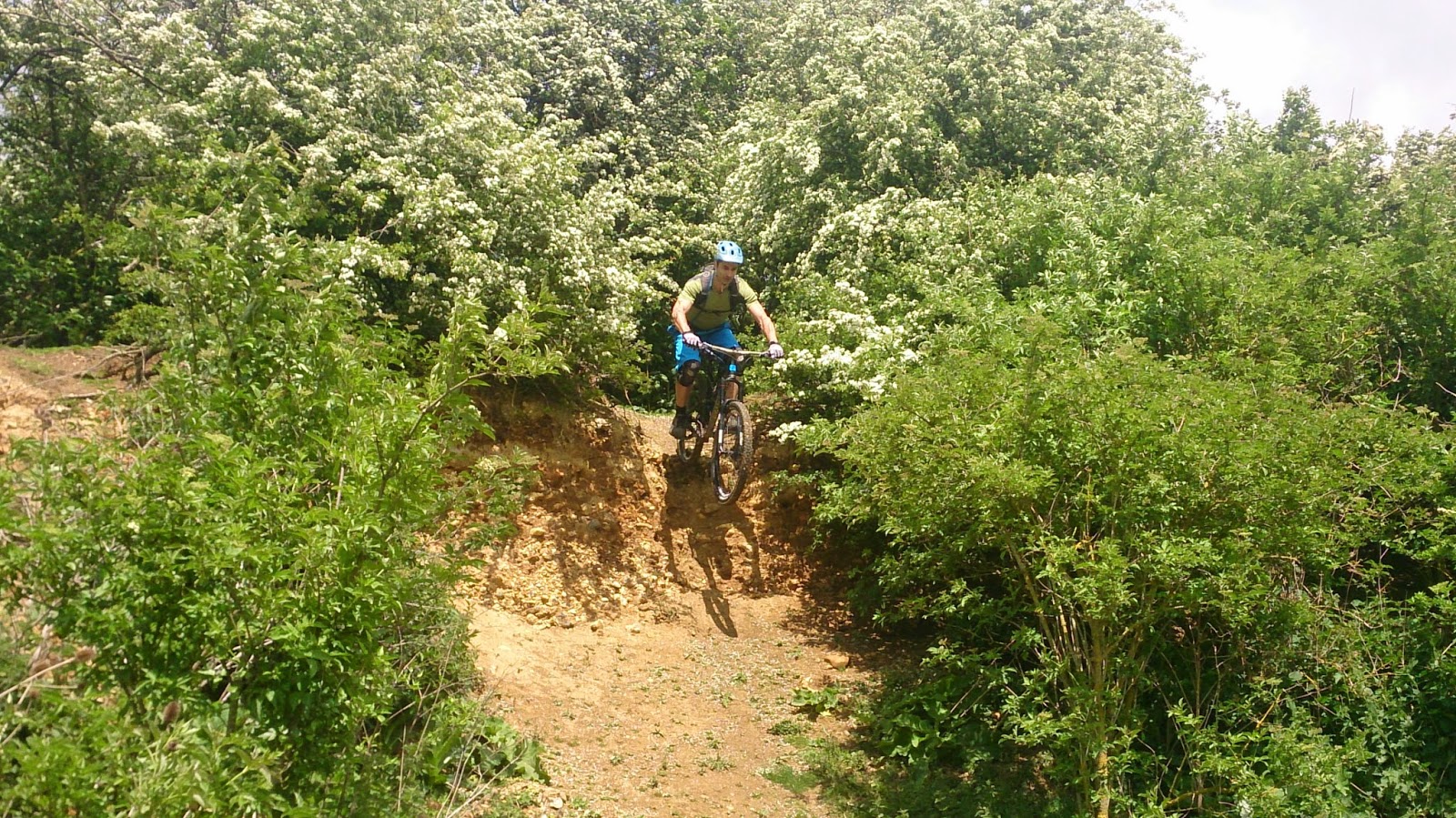 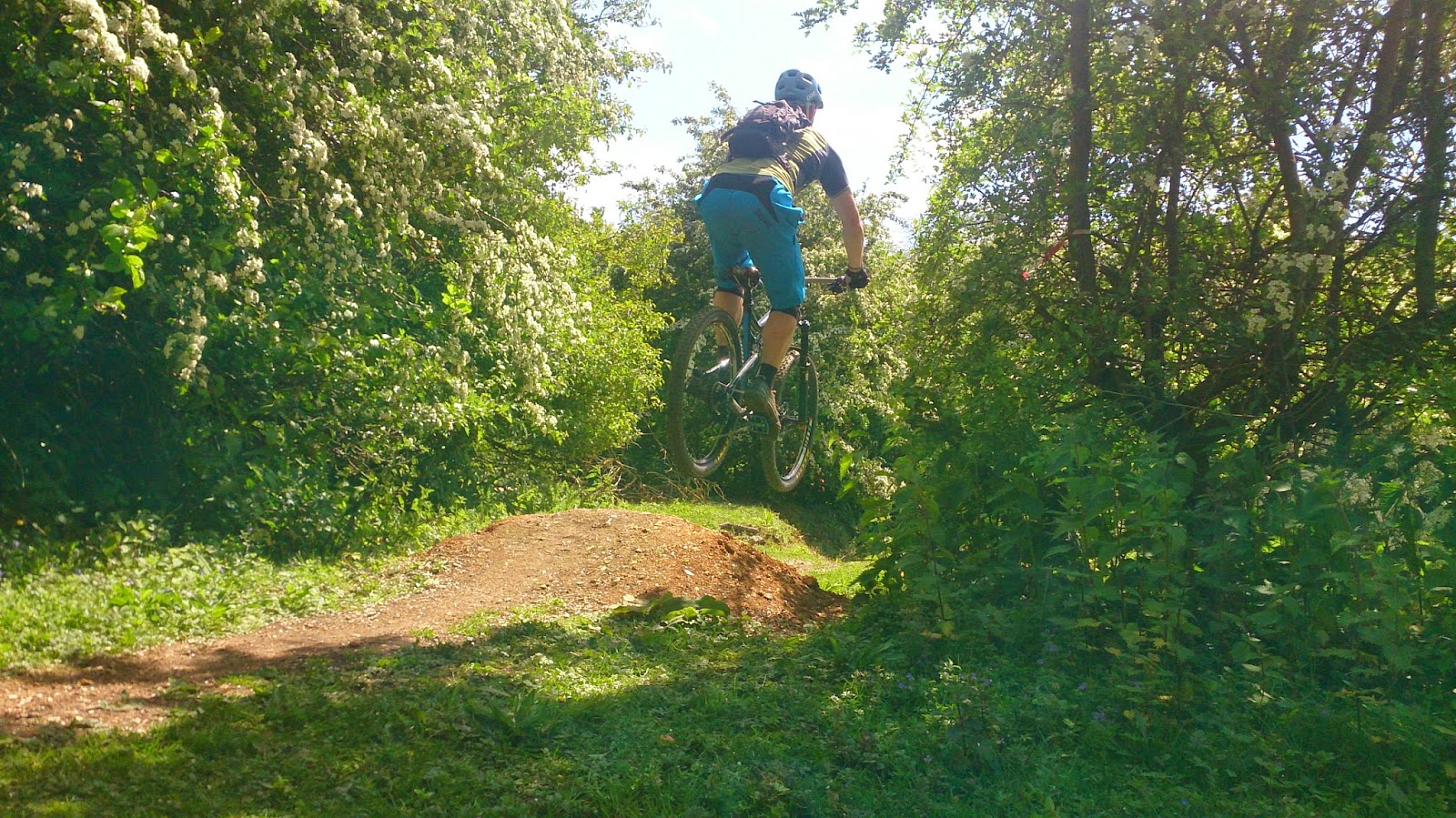 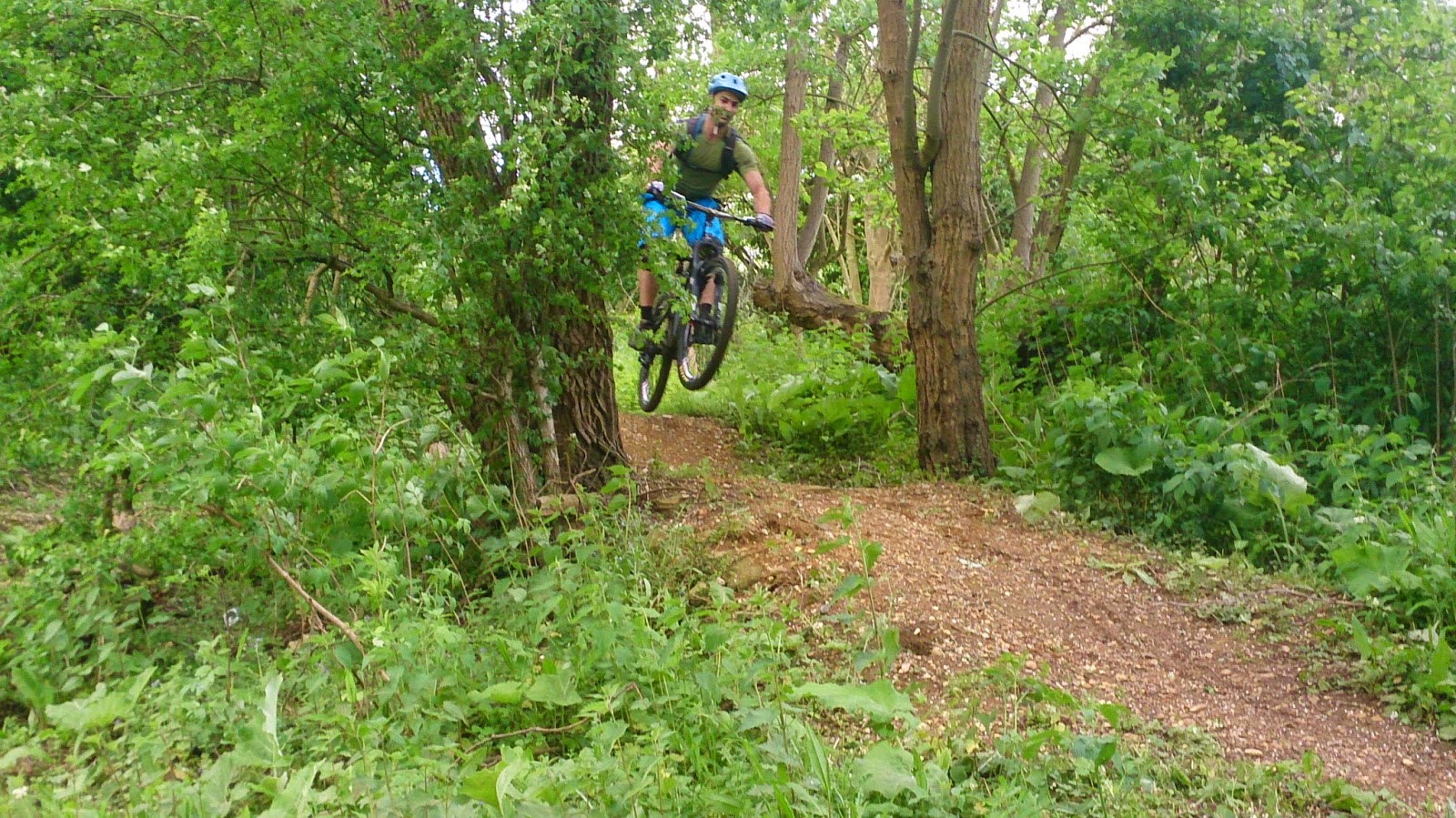 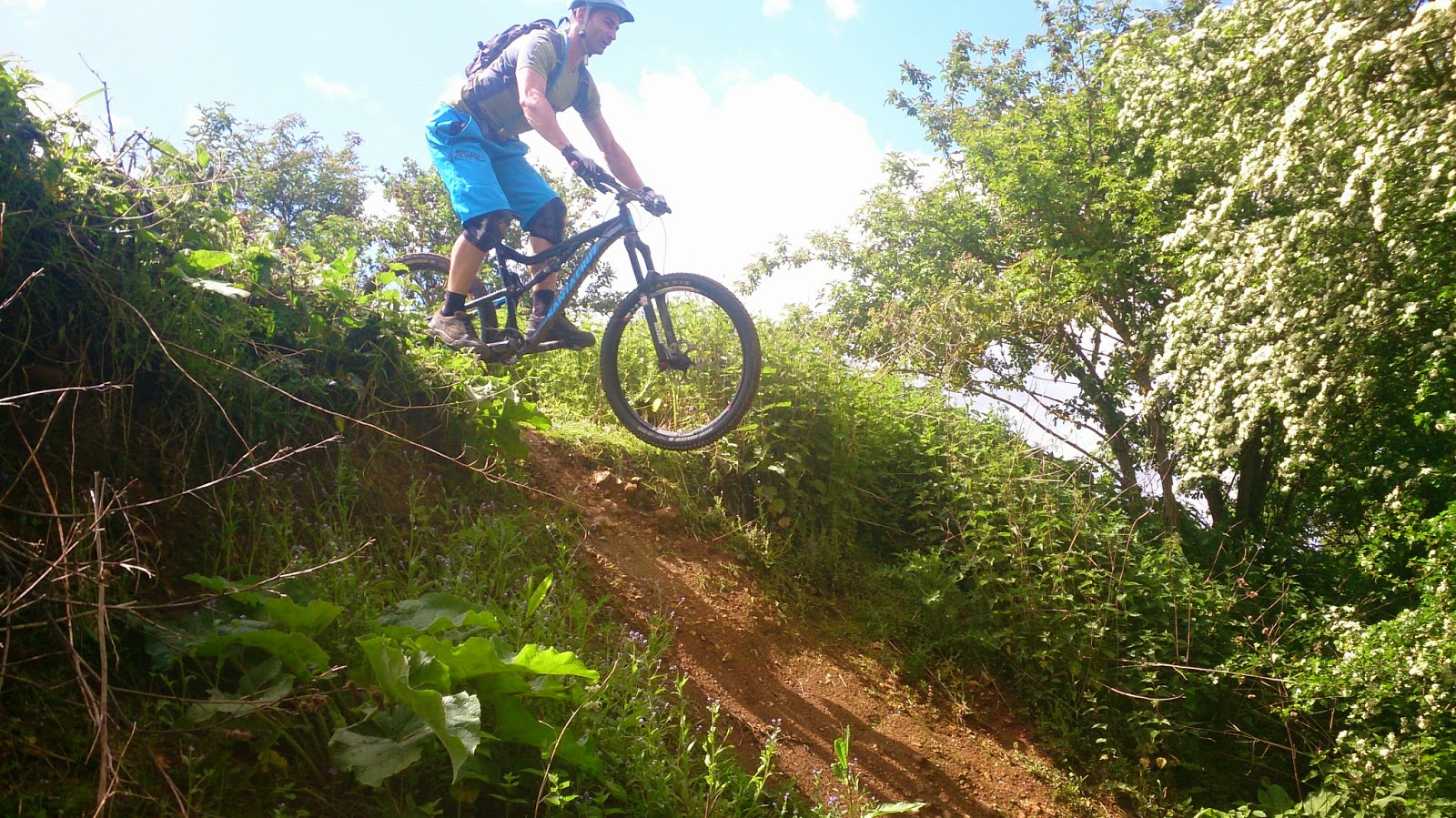 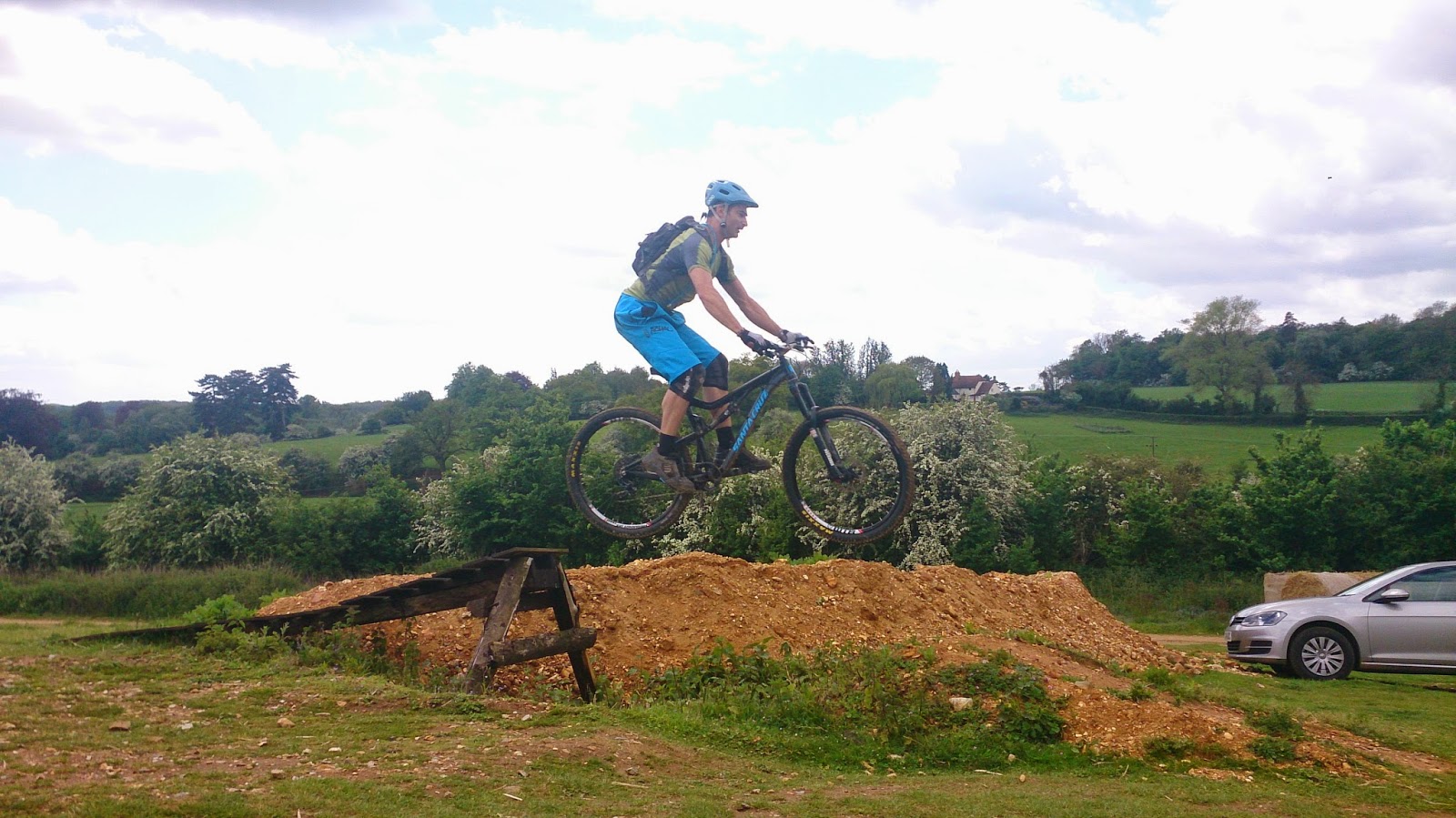 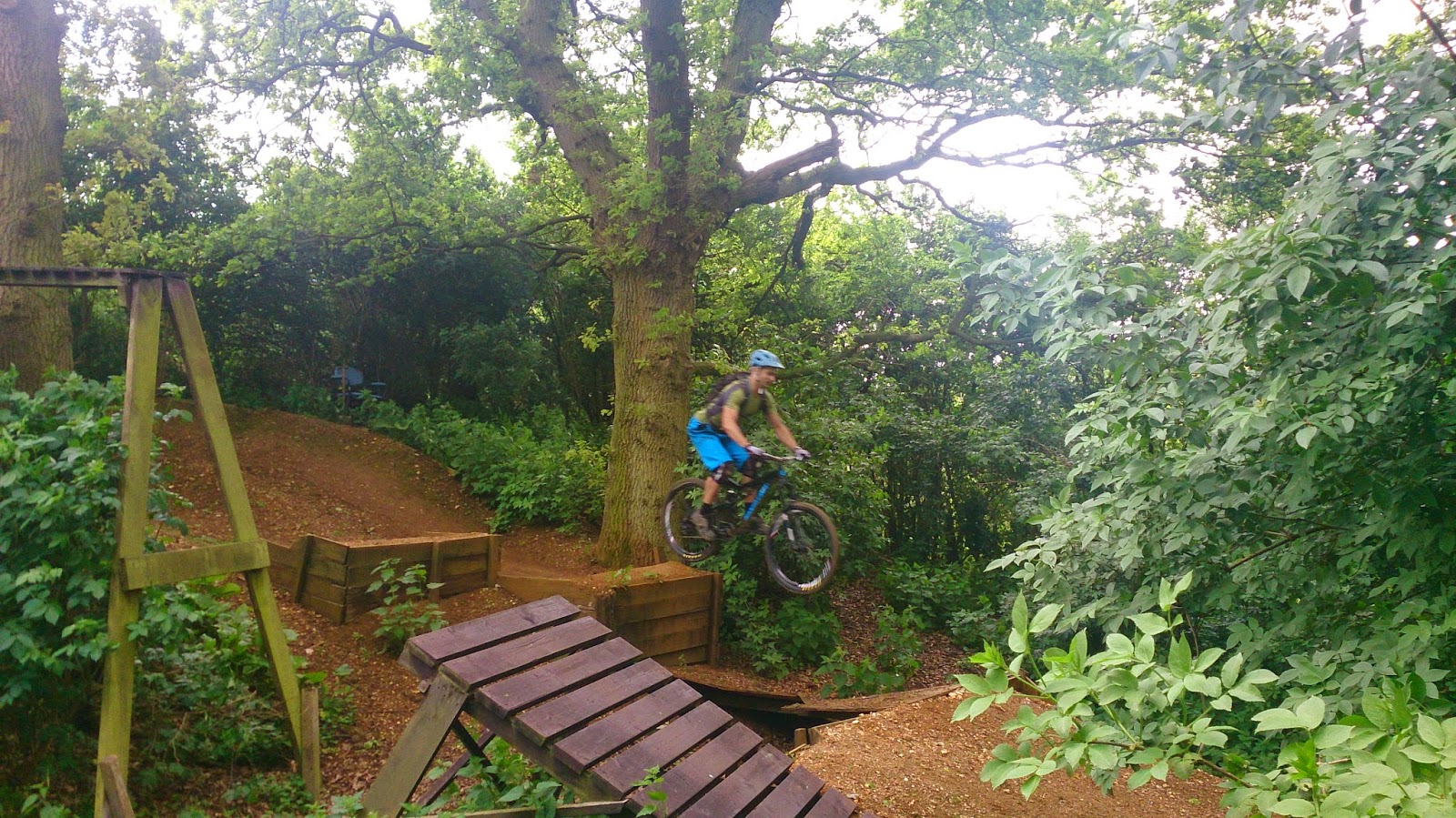 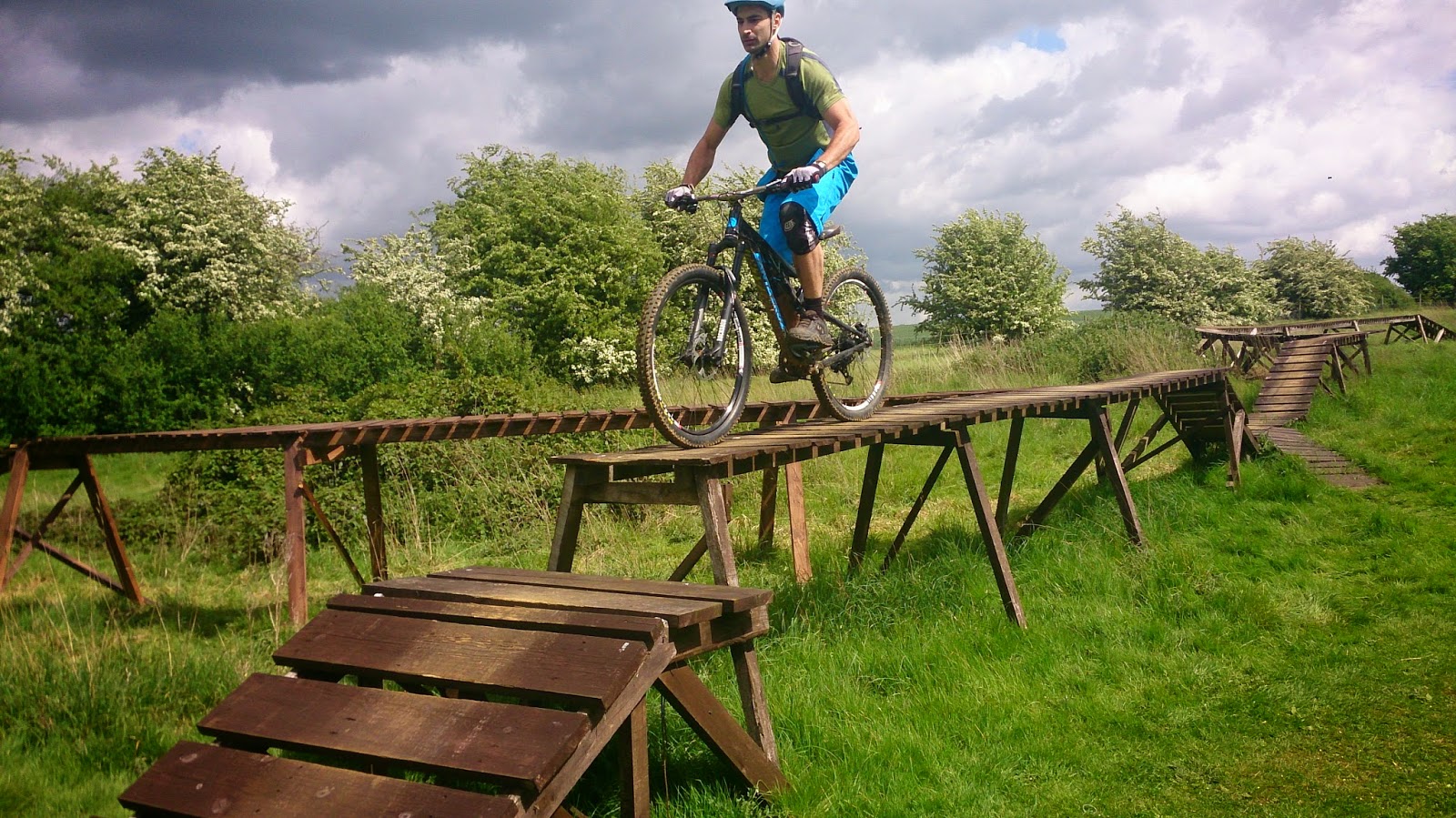 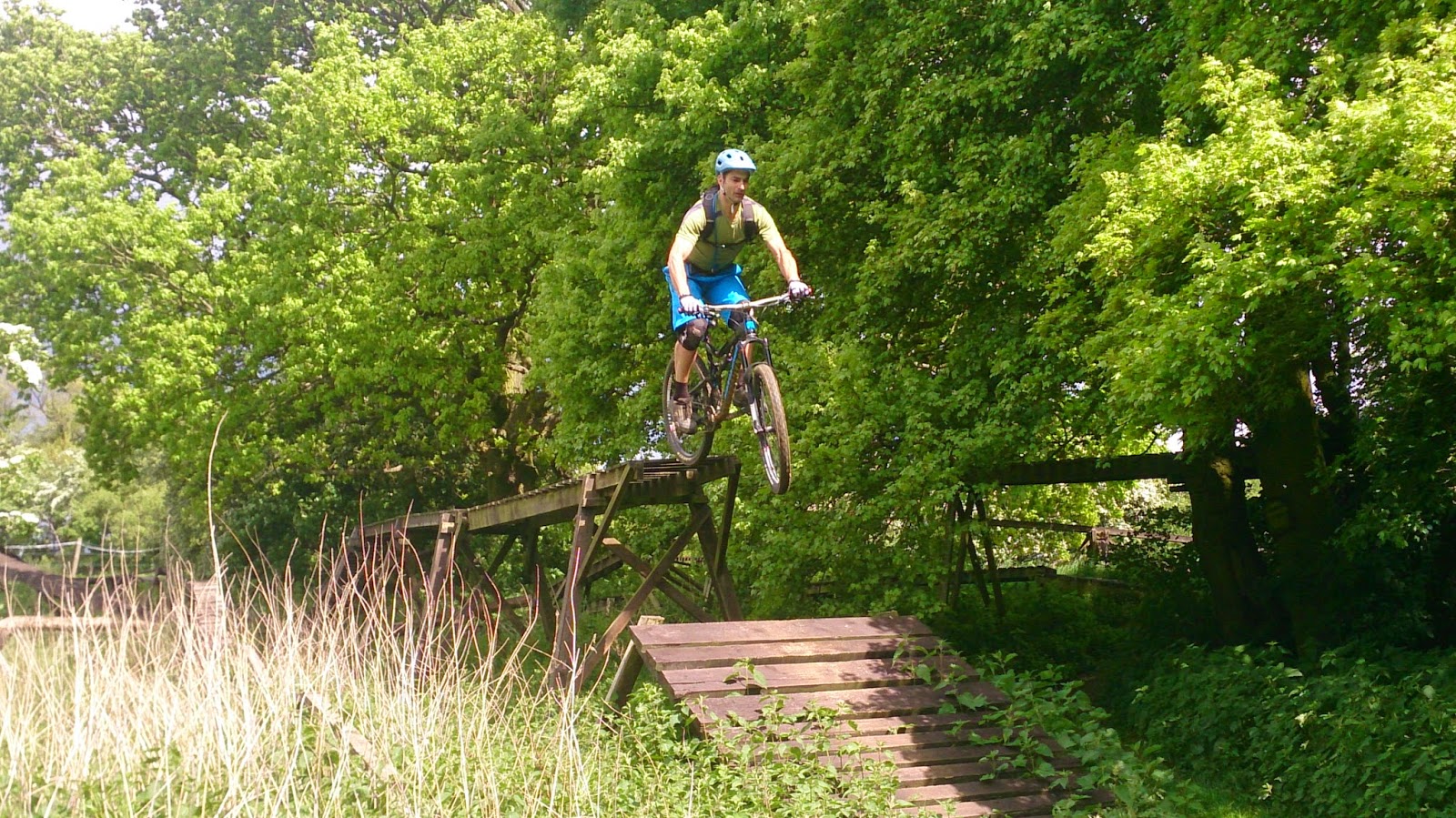 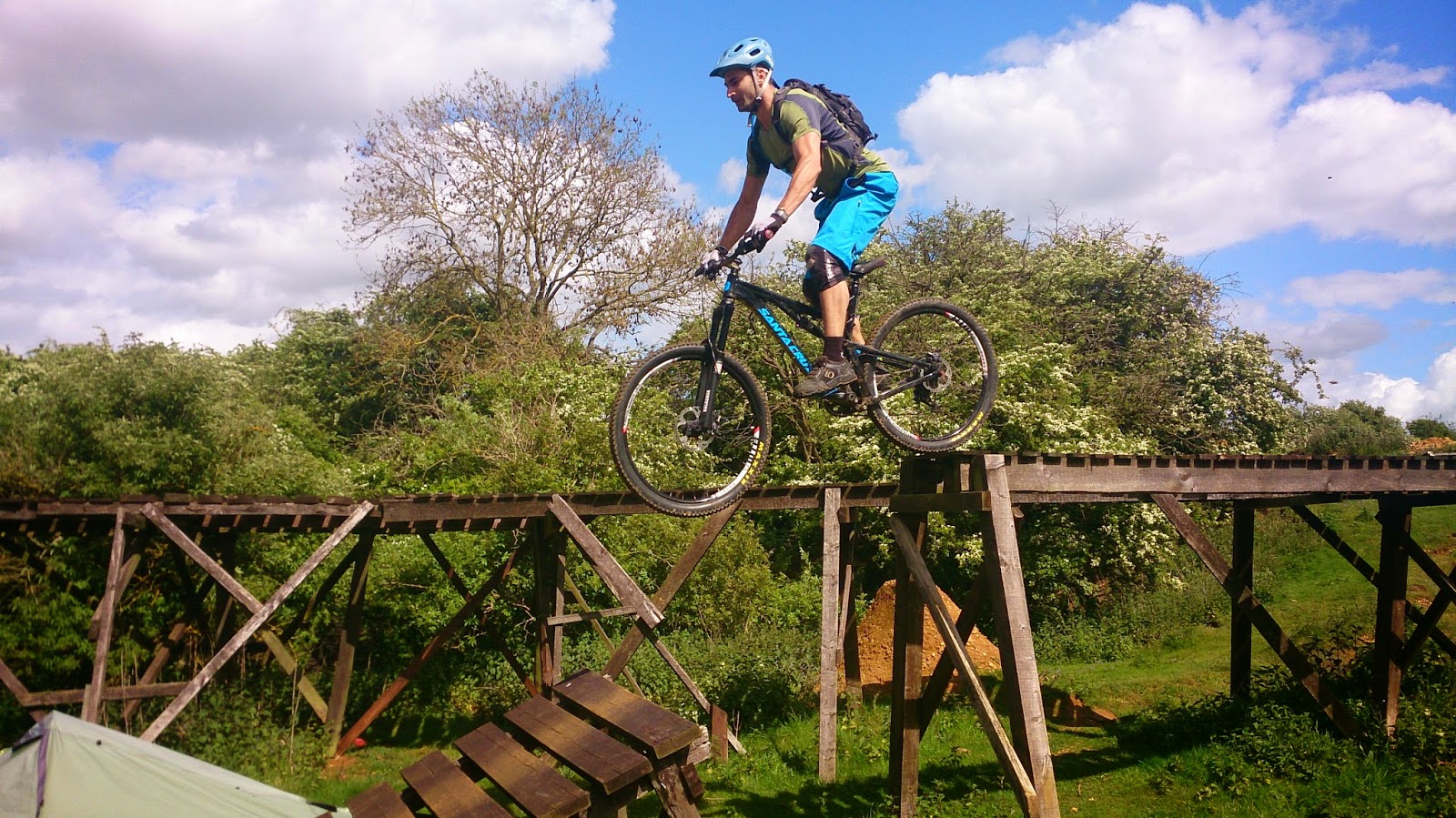 We started with the skills check where i discovered i mainly had to work on looking within his skills set. I moved him quickly onto drops, where i introduced the mental side of riding. He was quickly landing perfectly off the larger drop, commenting on how comfortable his new technique felt. We then worked on linking drops into corners. I moved him
Further up the trail to work on jumping a fly out, before moving over to the tabletop. Here i controlled his speed, and found the speed needed to clear both the tabletop and gap jump. I took him to steeper stuff, working on body position when rolling down stuff both forwards and dropping in sideways. After lunch i showed him the chute drop, which he rode, having to match his unweighting technique to the terrain. Next came the singletrack trail, and he was soon riding top to bottom, linking steeper roll ins to corners, jumps and got some air off of the obstacle he had previously rolled down. Matt came for jumping, so i showed him a larger gap jump, which he rode well, self diagnosing any slight errors he felt. I then showed him a 9ft gap jump, where he had to match his speed with his unweight to land perfectly on the other side. I worked on some ladders with him, where we linked basic ladder drops, corners on the wood, seesaws, and larger ladder drops. Our session finished on me showing him another ladder drop, which linked between the two gaps he had previously rode, and finished off by riding all 3 together.
Brilliant session today Matt, despite the wind!
Nath (@ukbike_nath)
Tony (@ukbikeskills)
By Tony Doyle|2014-05-09T14:49:00+00:00May 9th, 2014|Uncategorized|1 Comment