Magnus and Richards two to one session

Magnus and Richard booked in with myself wanting to feel smoother when riding descents and feel more confident as they do such events as trans-provence etc and saw themselves as cross country riders. I could see the missing skills in their riding skill sets as I ran them through my skills check and adjusted Magnus’s set up too. We as ever, began with applying both physical and mental skills sets to the drop technique as soon they were riding them all in total control. I moved onto cornering and controlling their edges in turns, something that they were familiar with from other sports and they were absolutely amazed at the result of applying the technique that i teach as grip and control went through the roof as that made them faster.
We applied the same cornering technique to three berms and they were linking them together nicely by the time we broke for lunch. We resumed by moving to the singletrack to work on using the techniques we at ukbikeskills teach and applying them as required in the fourteen sections contained on the trail. Flat, bermed, off camber and switchback turns were linked to jumps, drops, rock gardens, pumping and steps. by the time I’d demonstrated each section and they were riding the trail top to bottom they were already self diagnosing any errors in any section and also they were growing more and more controlled and confidence soared. The drop into the berm at the end of the trail was something they both thought beyond them but it now flew beneath them as they sailed into the air with ease.
We moved to steeper terrain and eventually, a near vertical drop off and once again , by applying their new skills sets they both rode it easily.  I knew they were tiring but I wanted to work on something they asked about when we met, how to ride over logs and fallen trees along the trail.
They rode all three logs I placed out, after I demonstrated the techniques involved and the look on their faces was a picture. They both then called an end to the session, tired and happy.
Amazing session, High5! 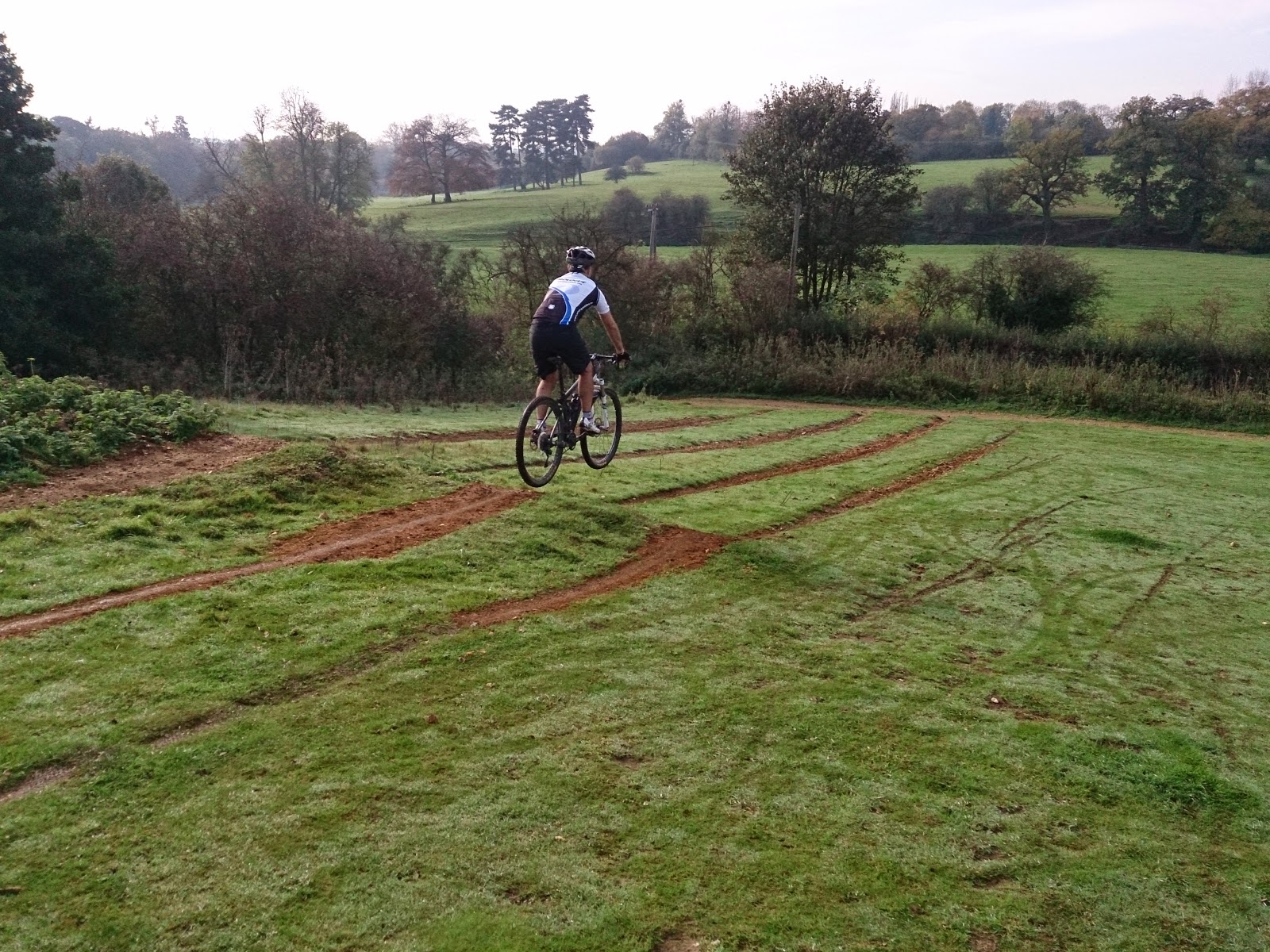 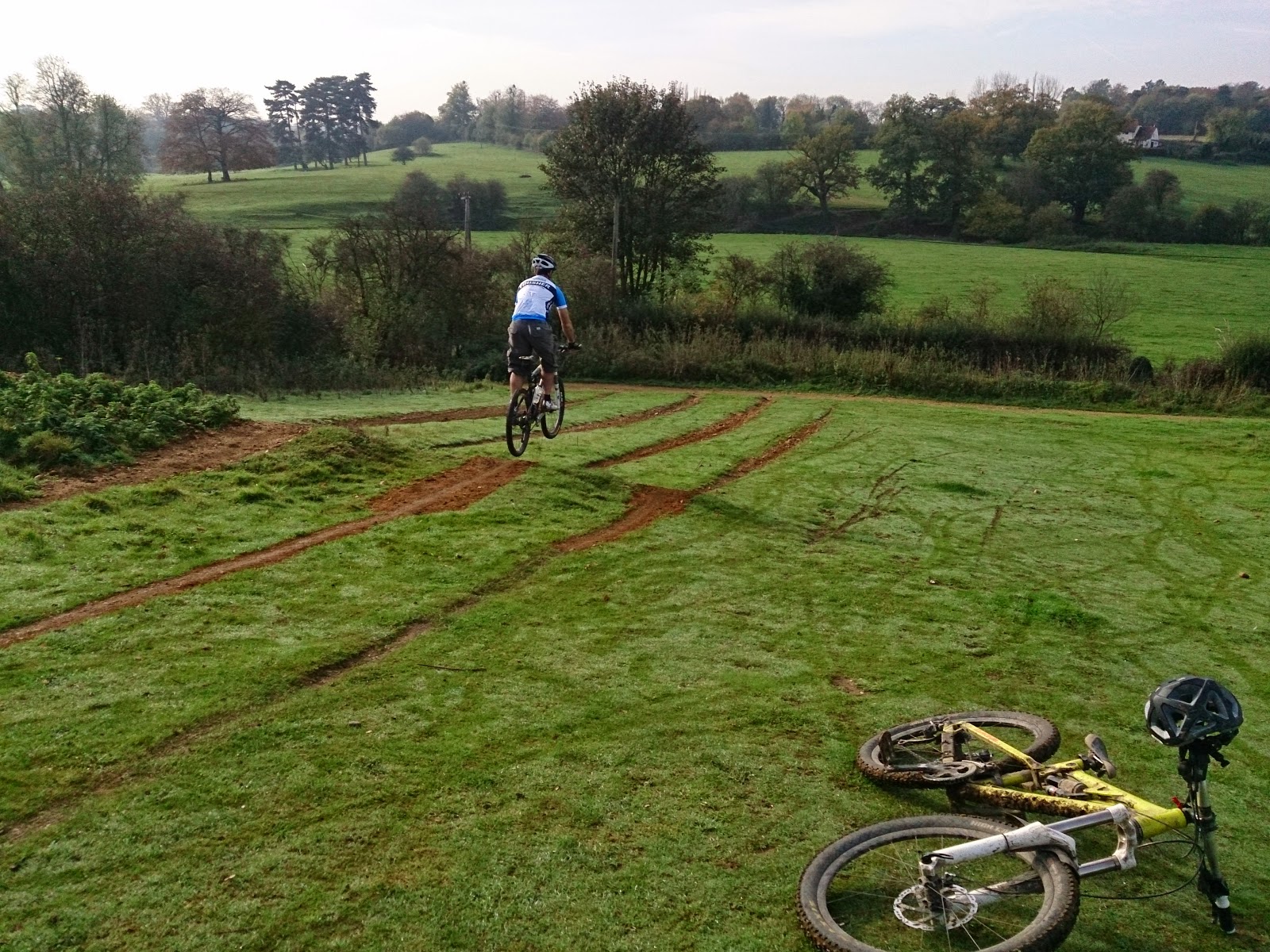 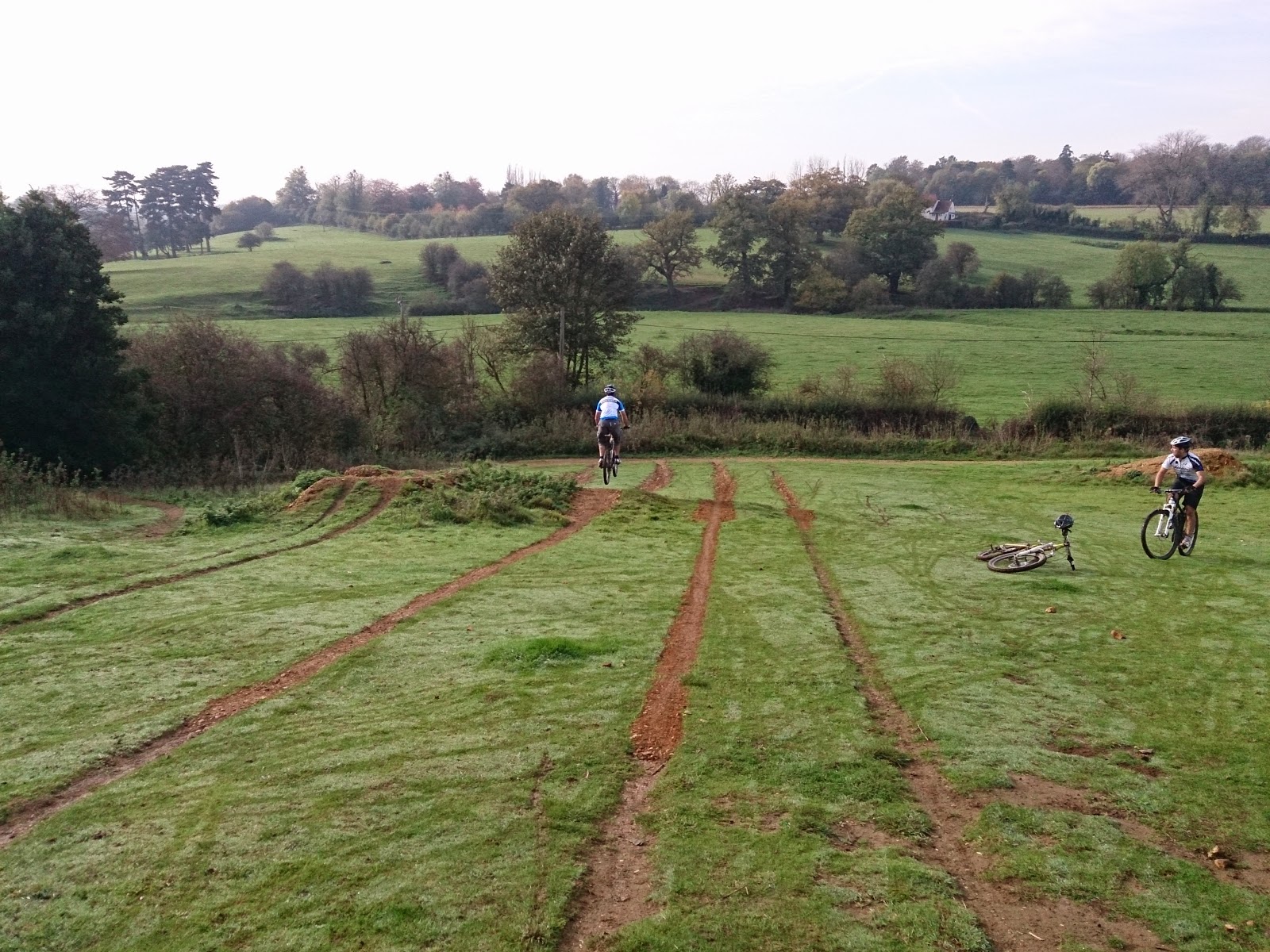 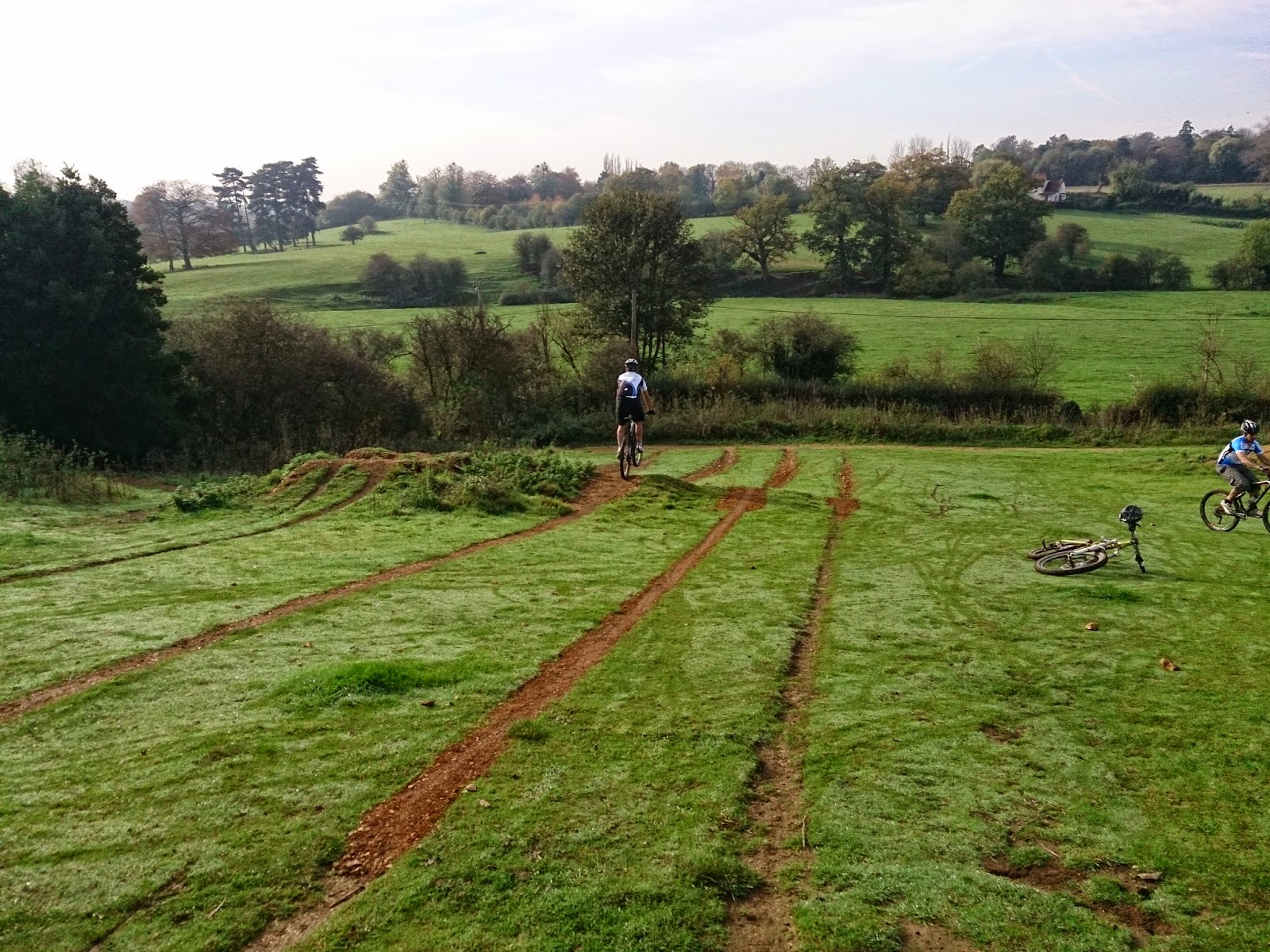 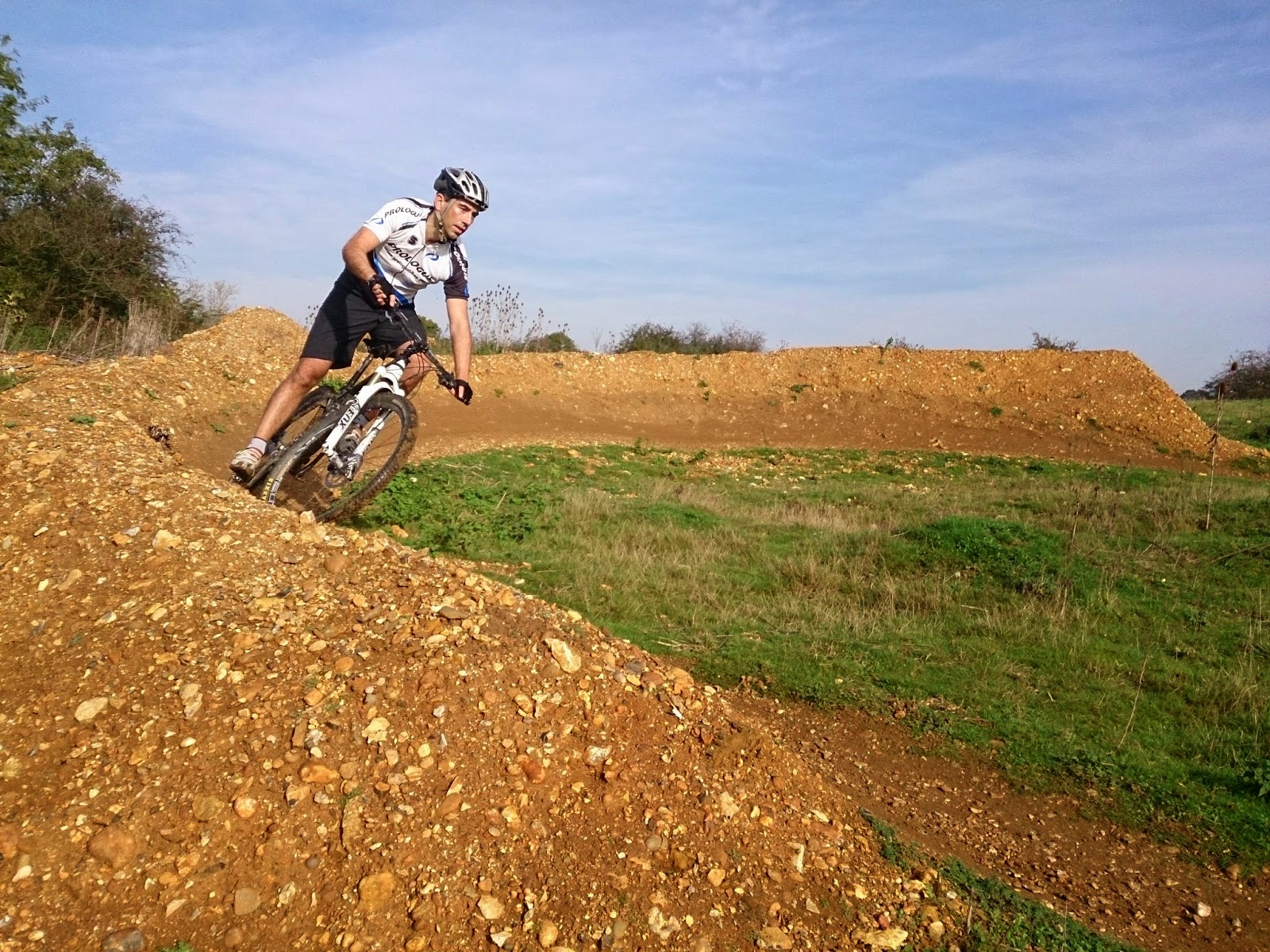 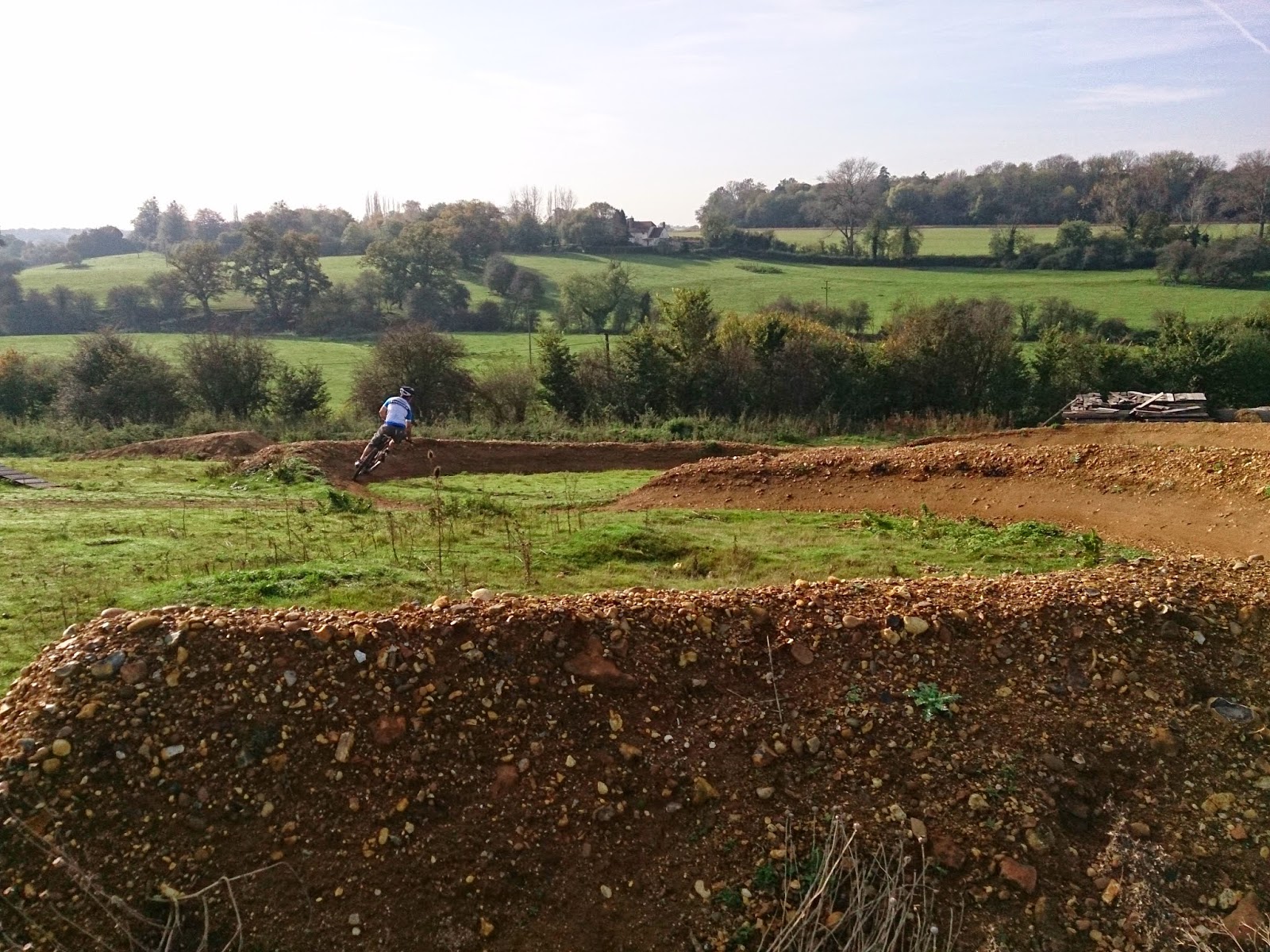 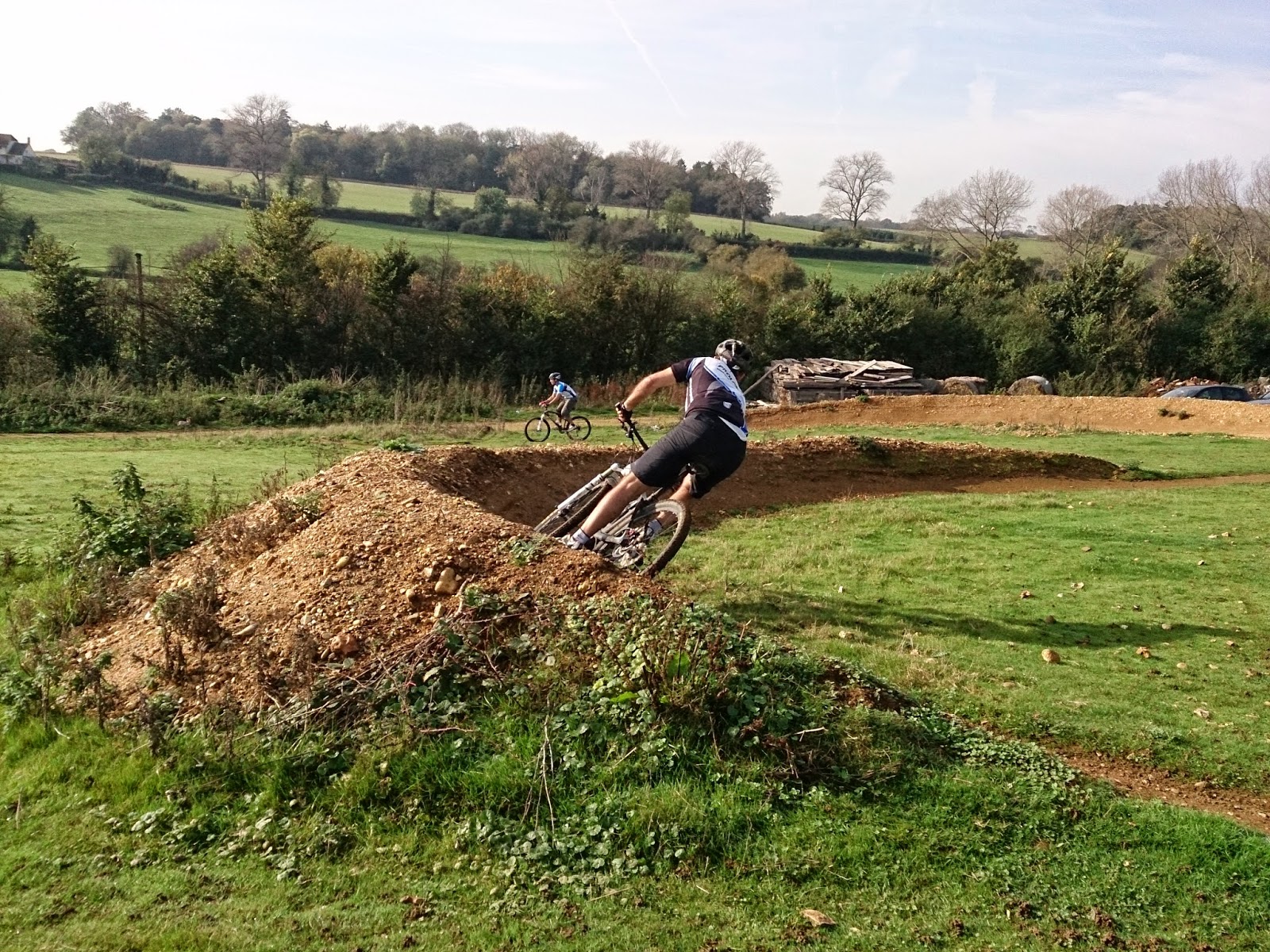 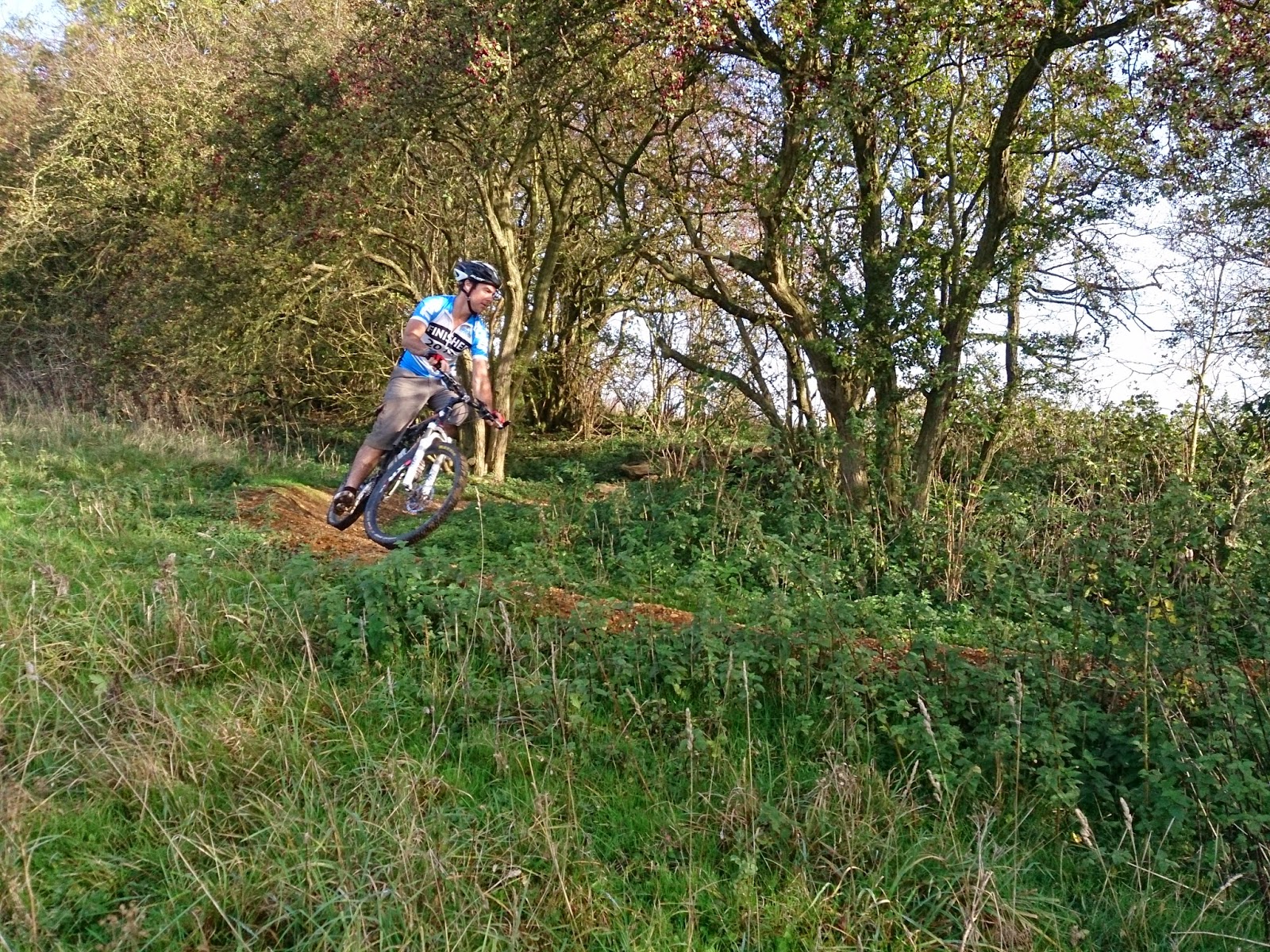 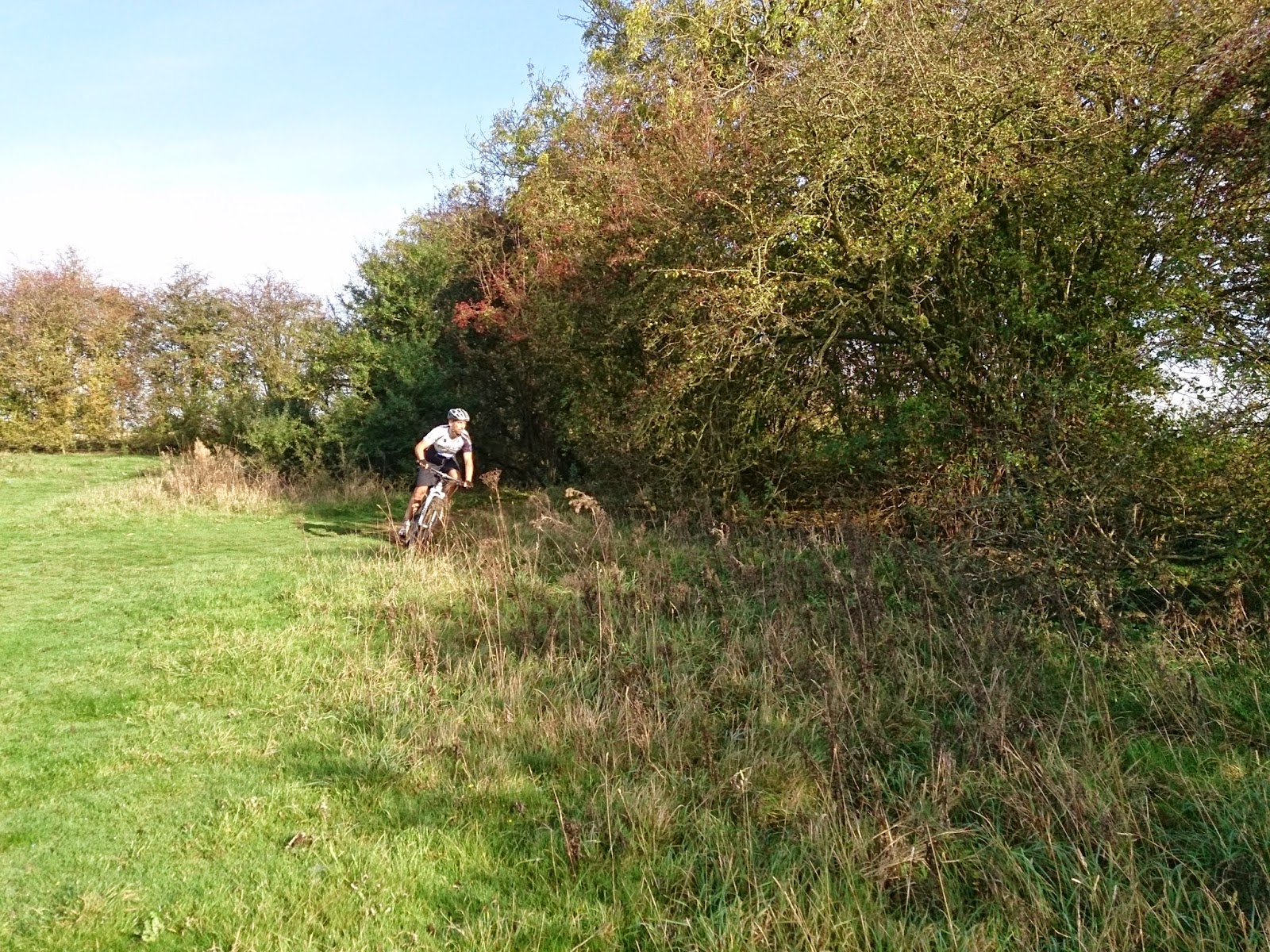 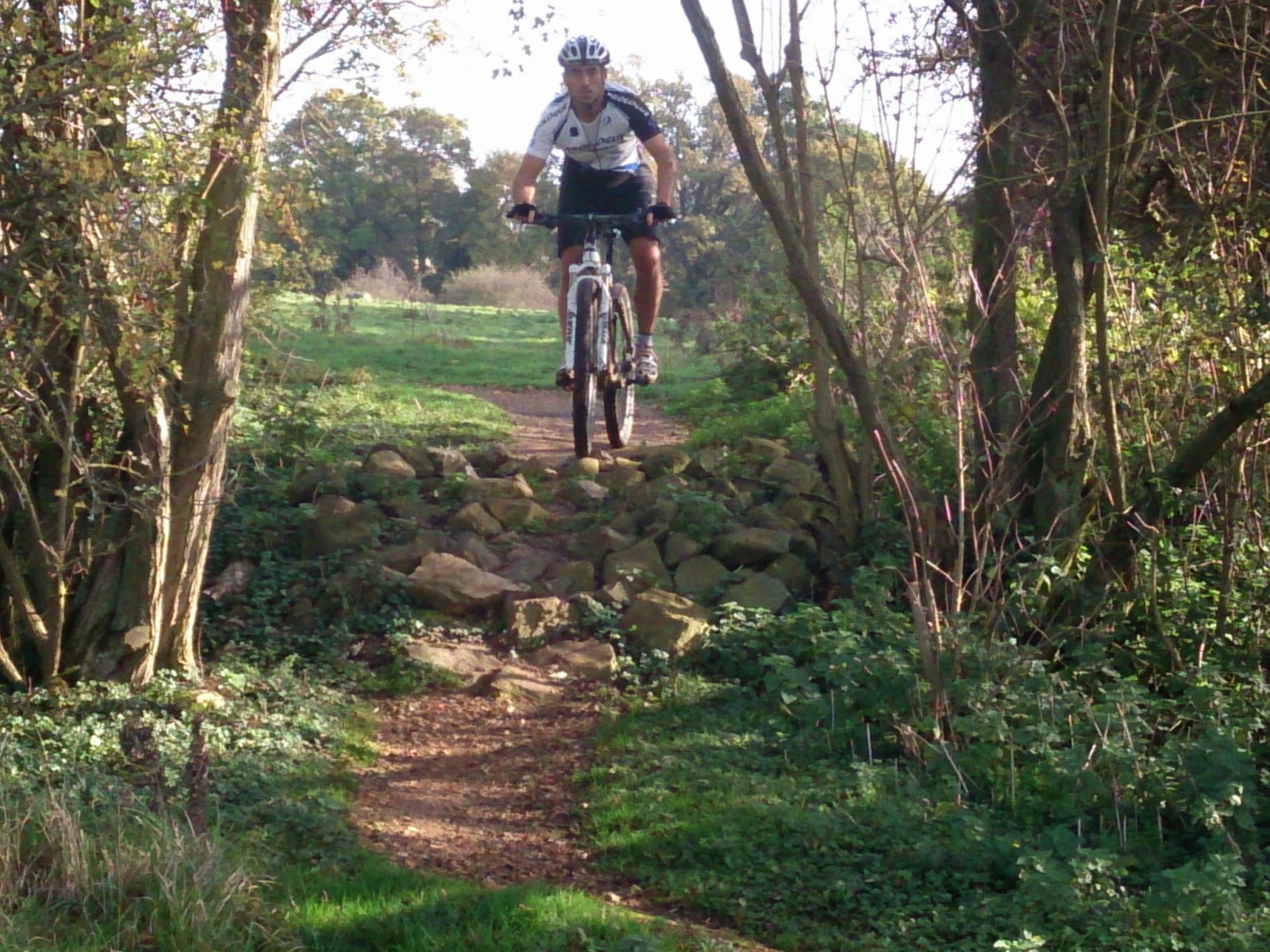 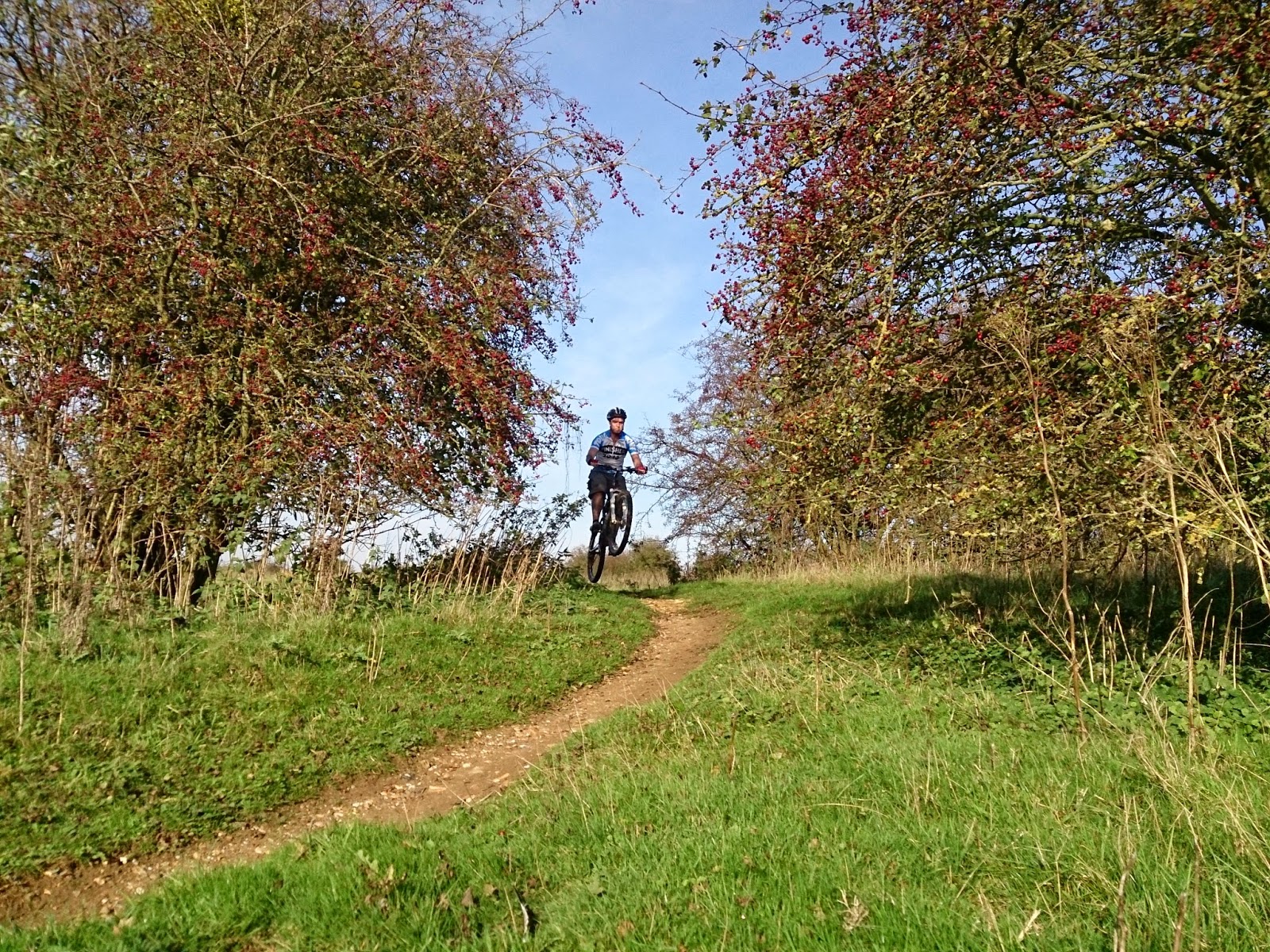 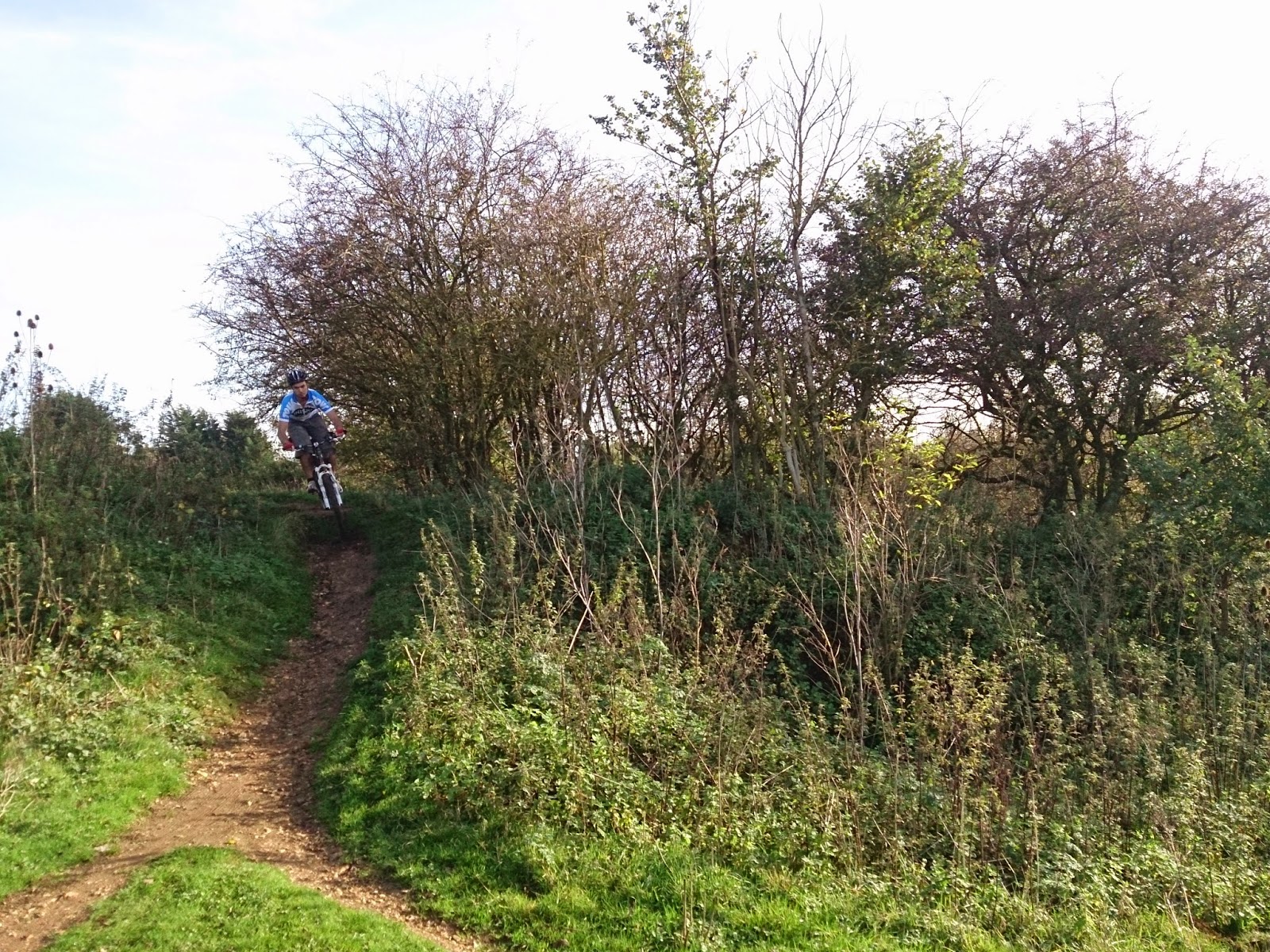 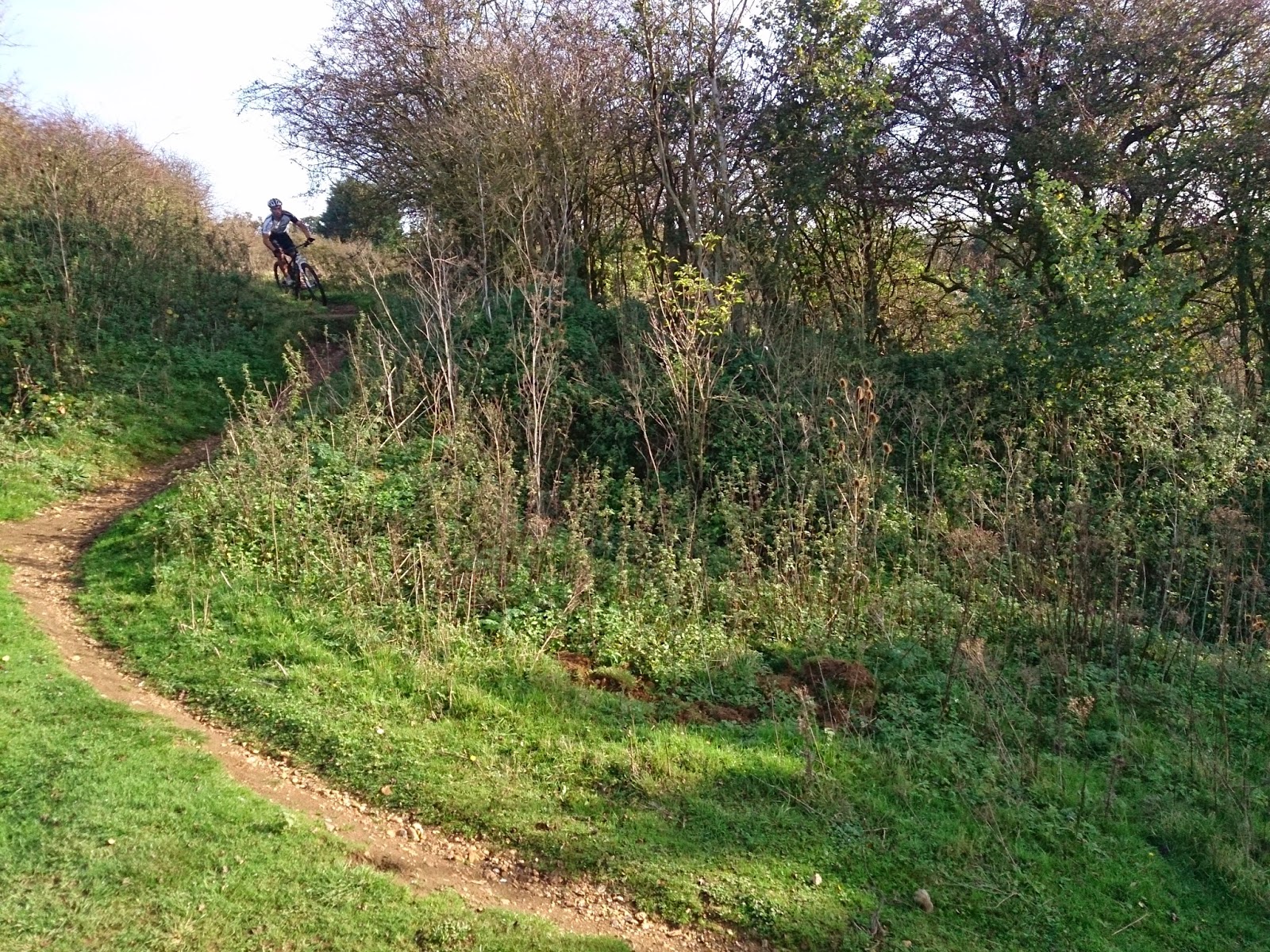 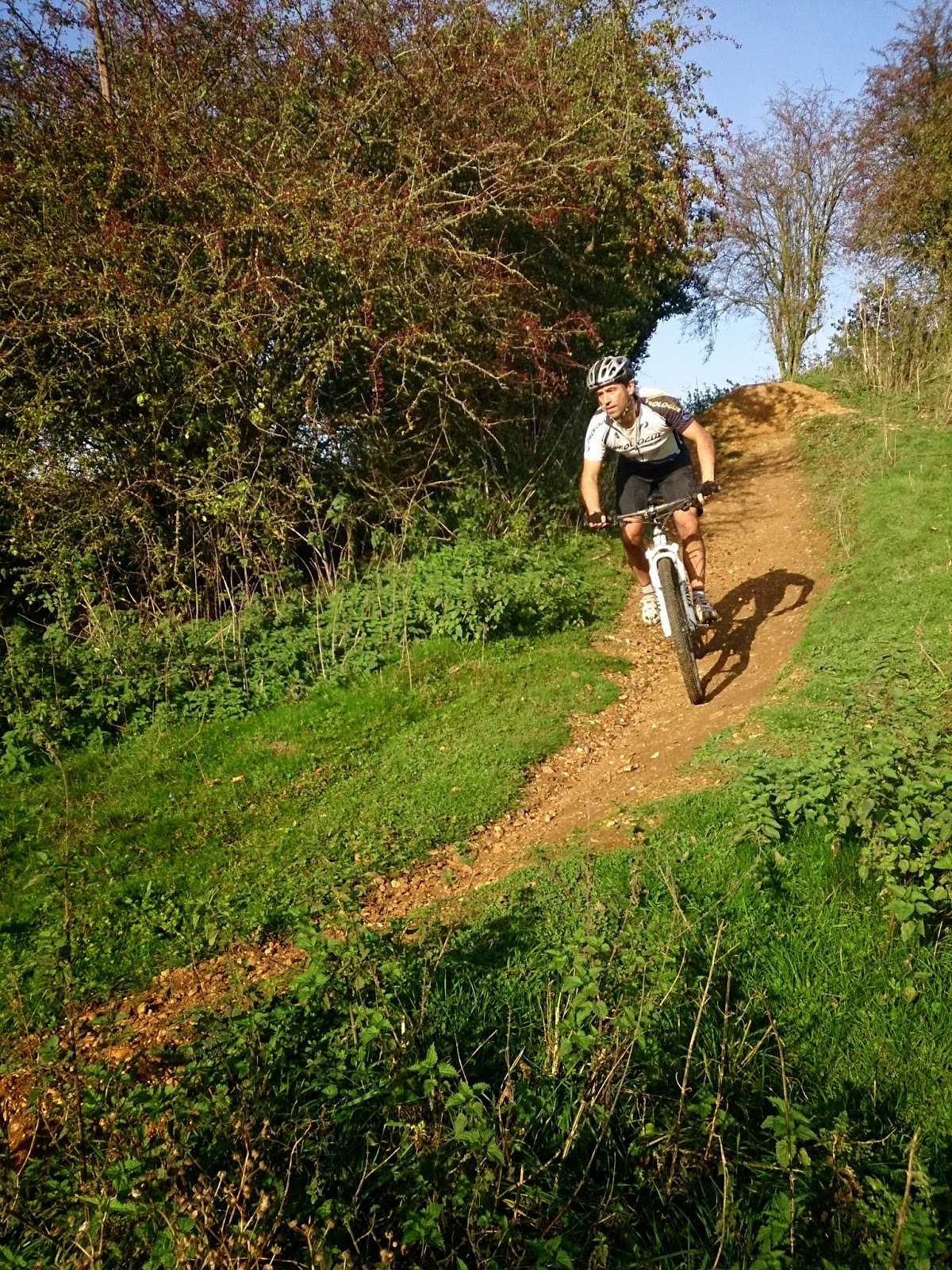 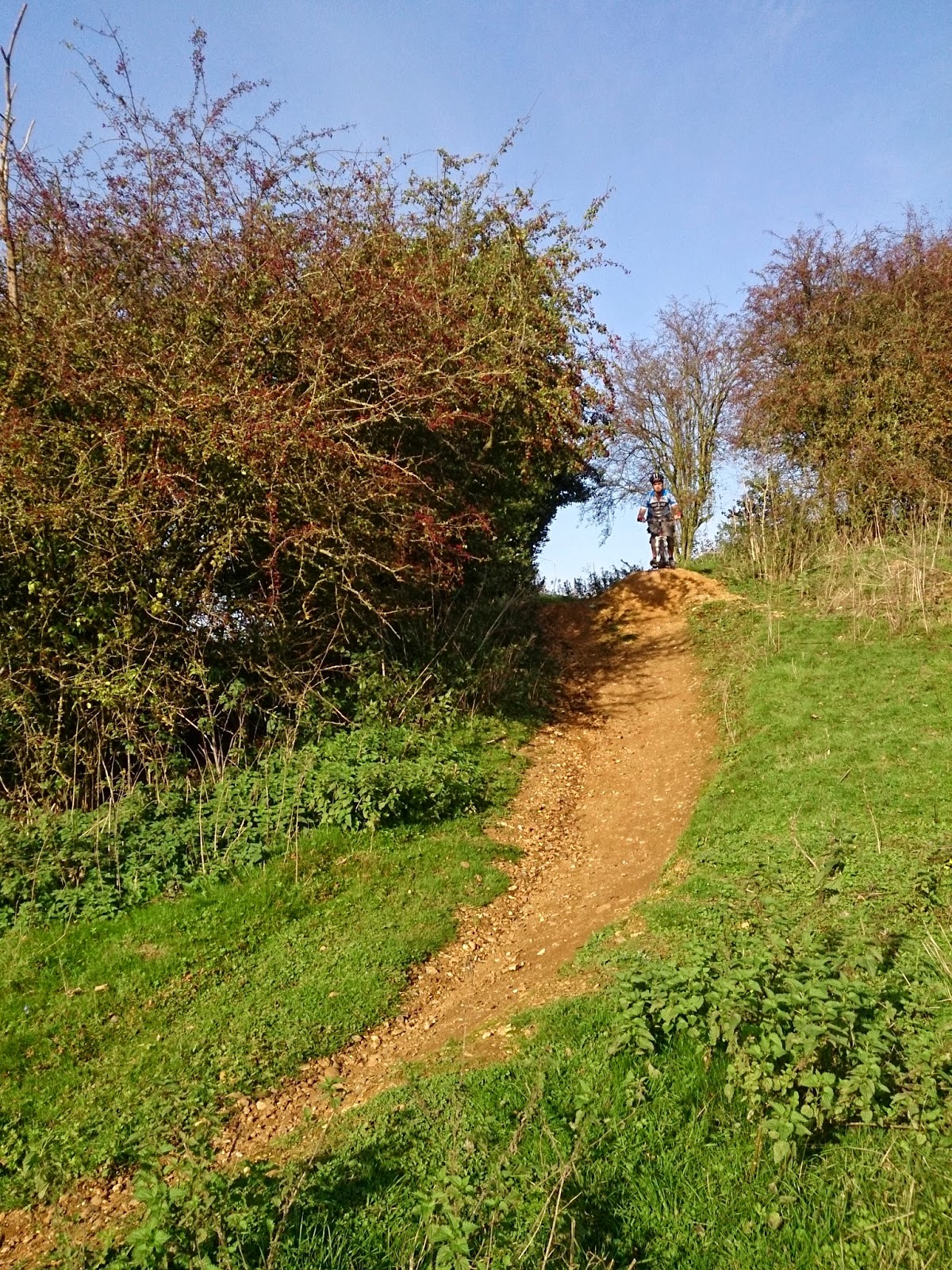 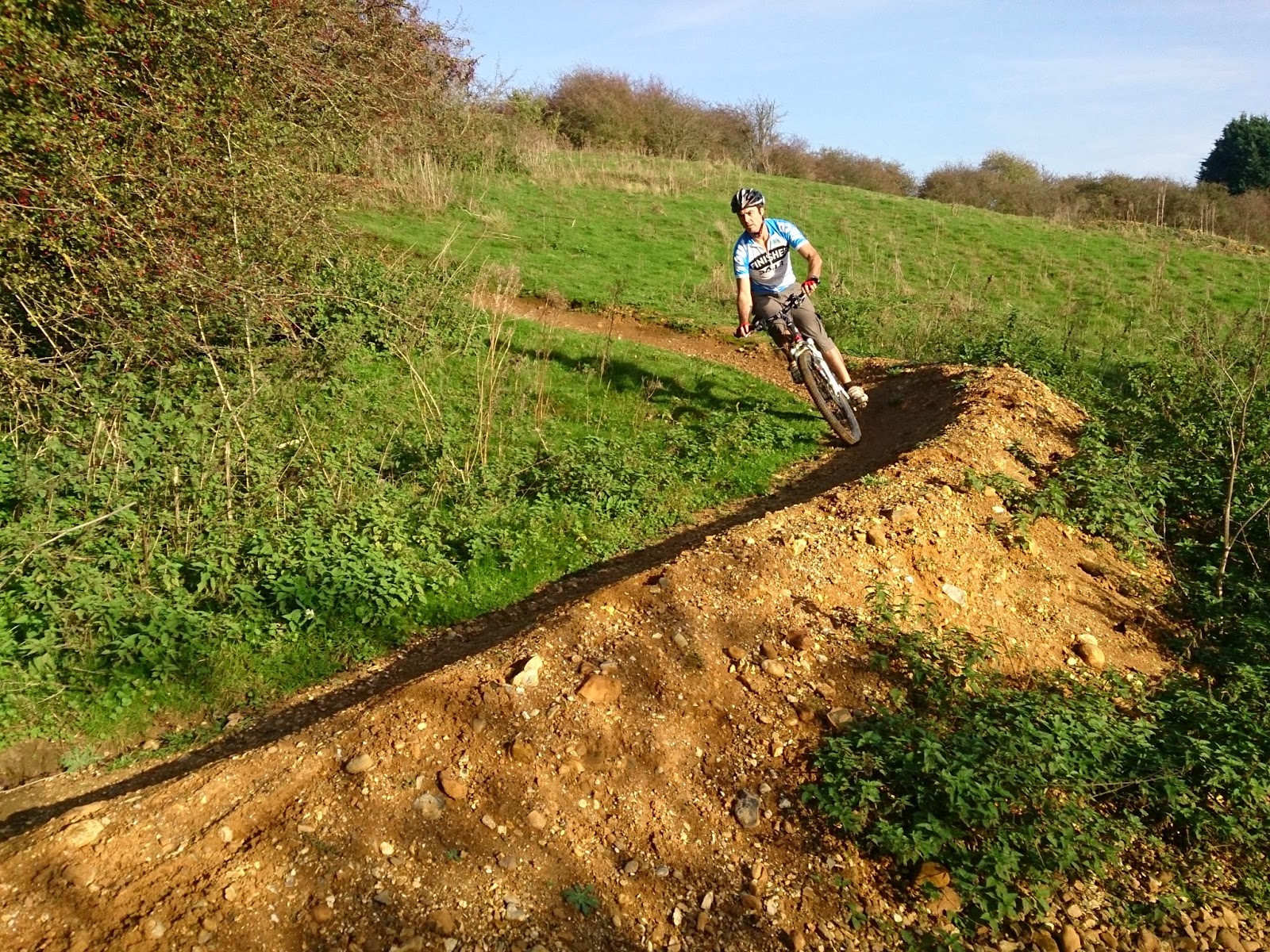 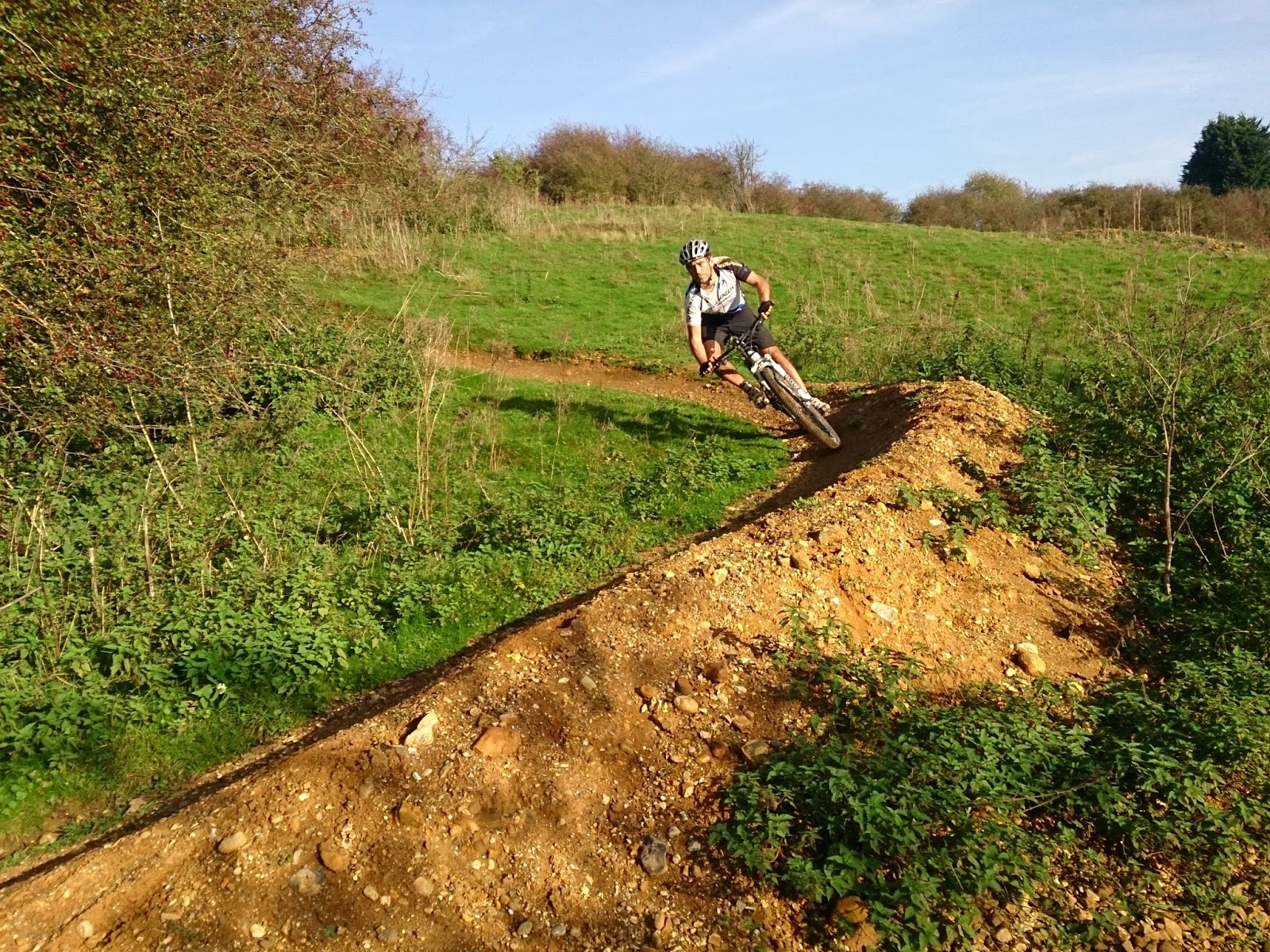 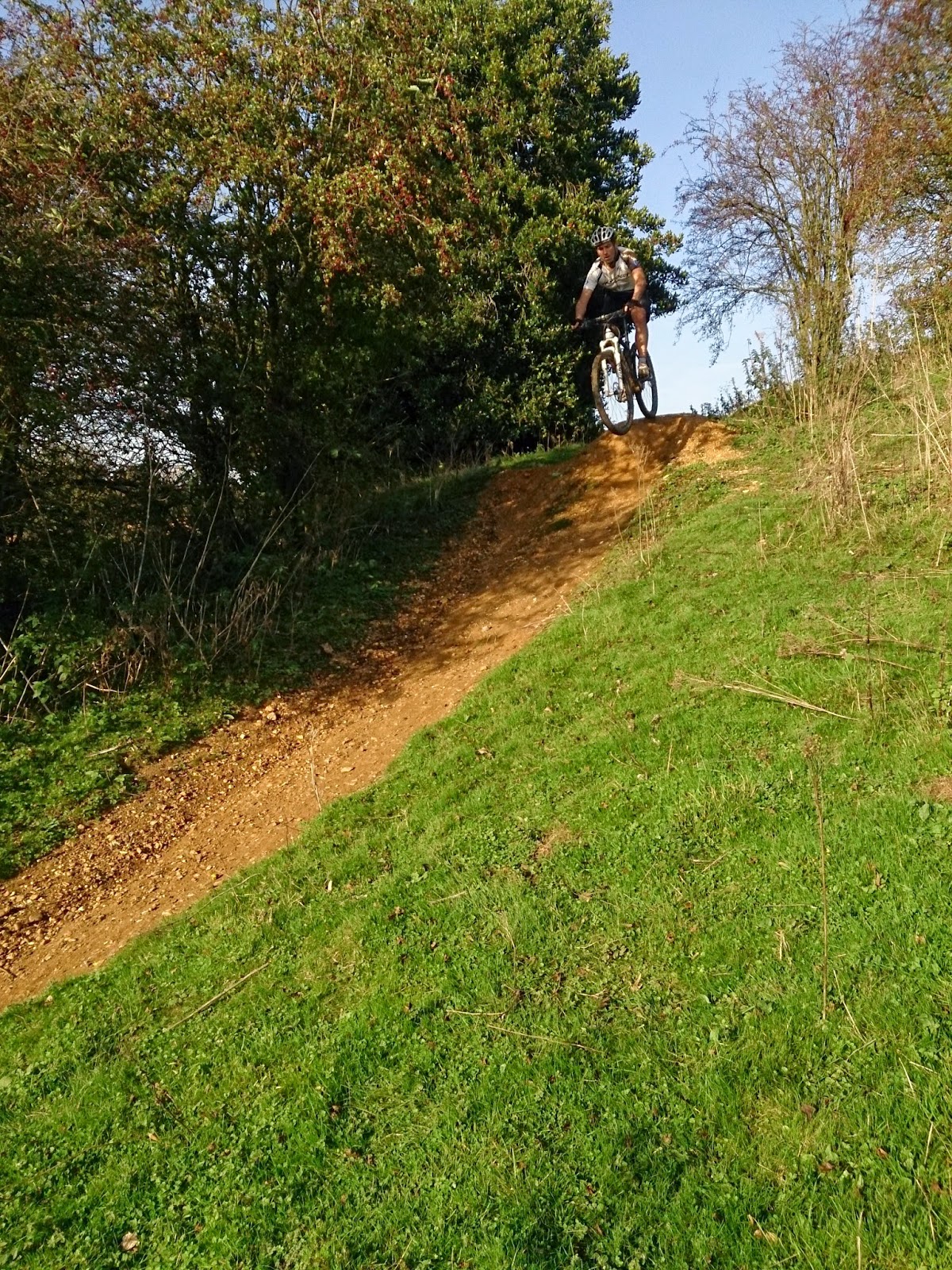 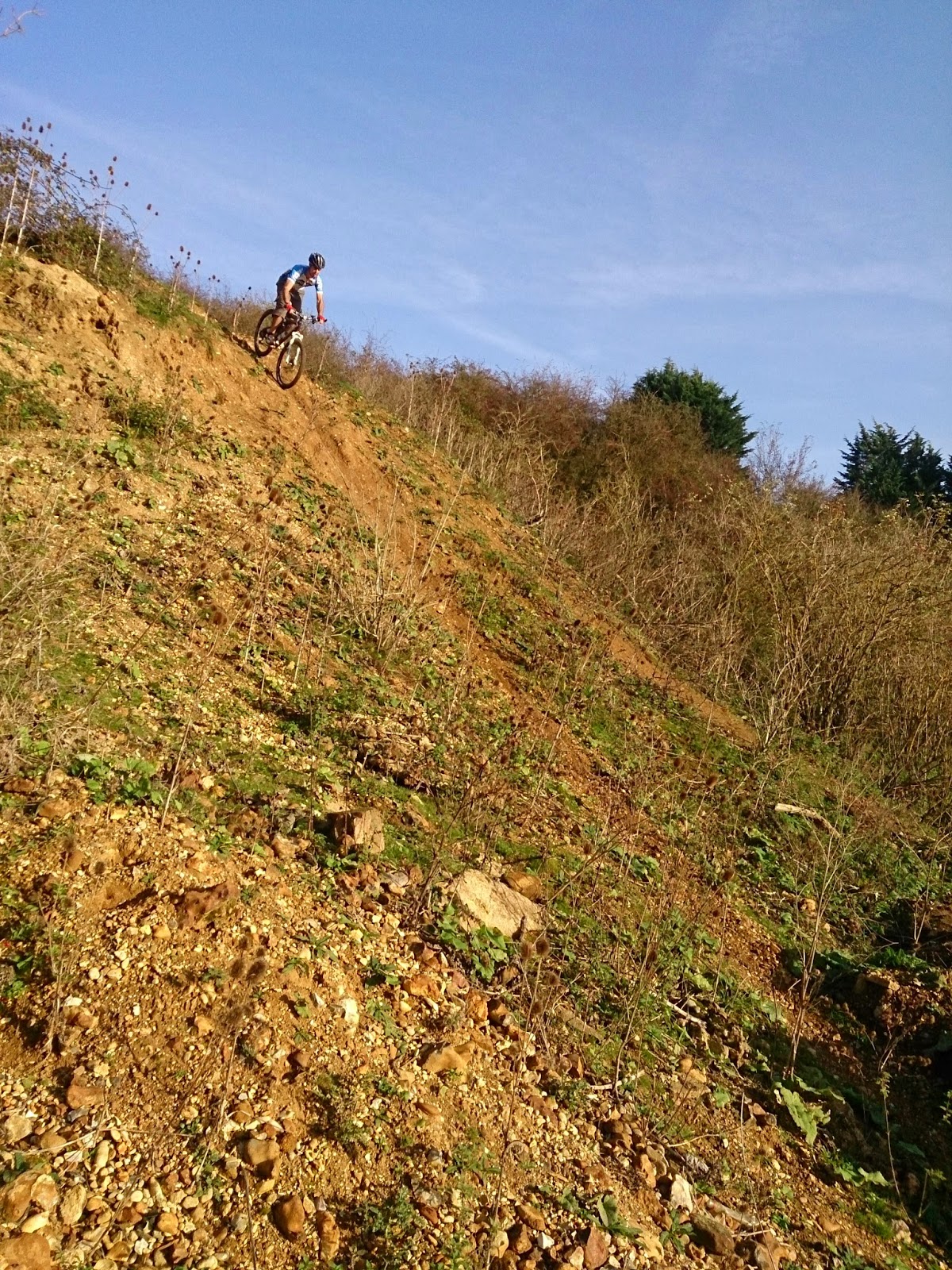 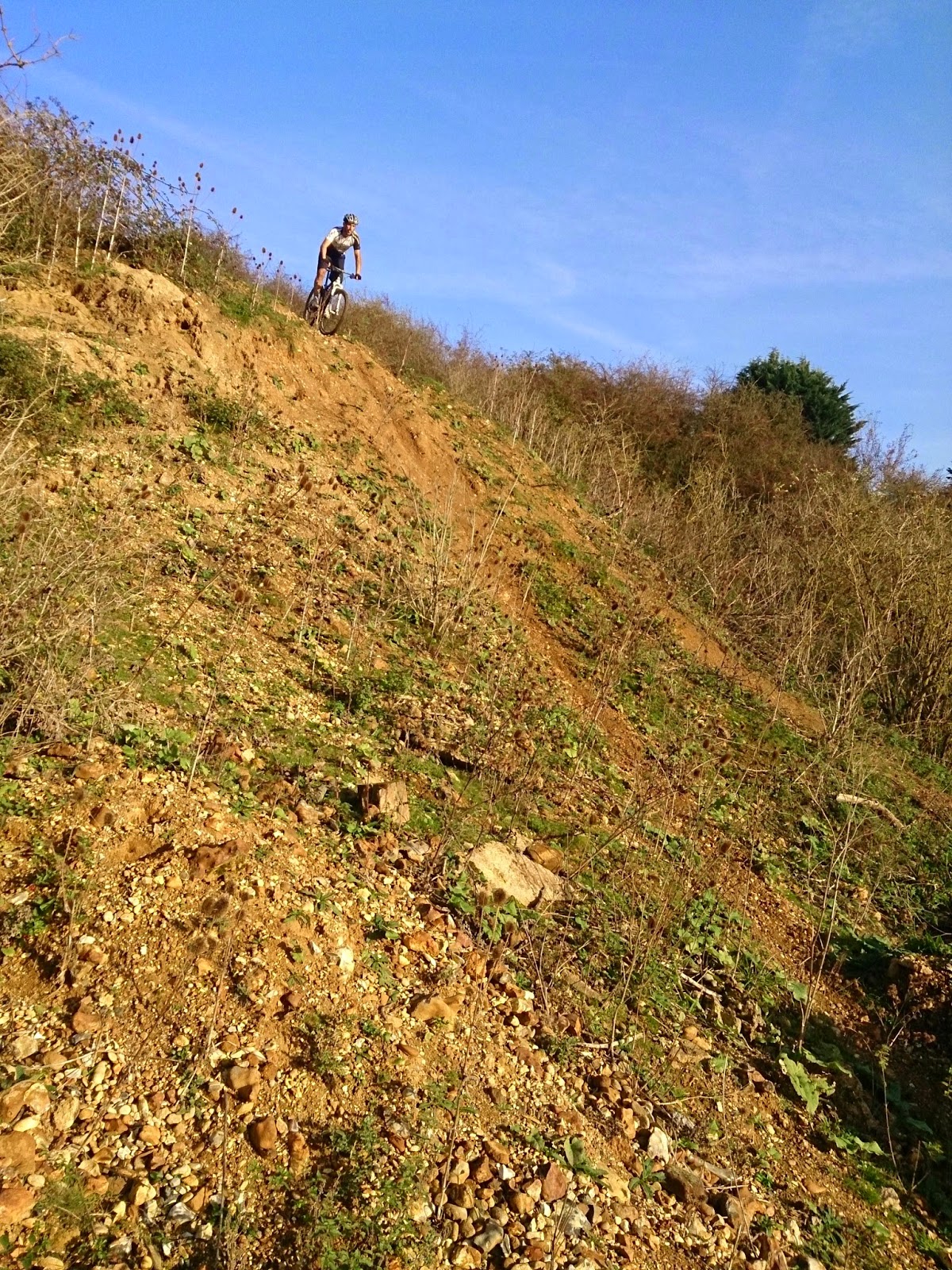 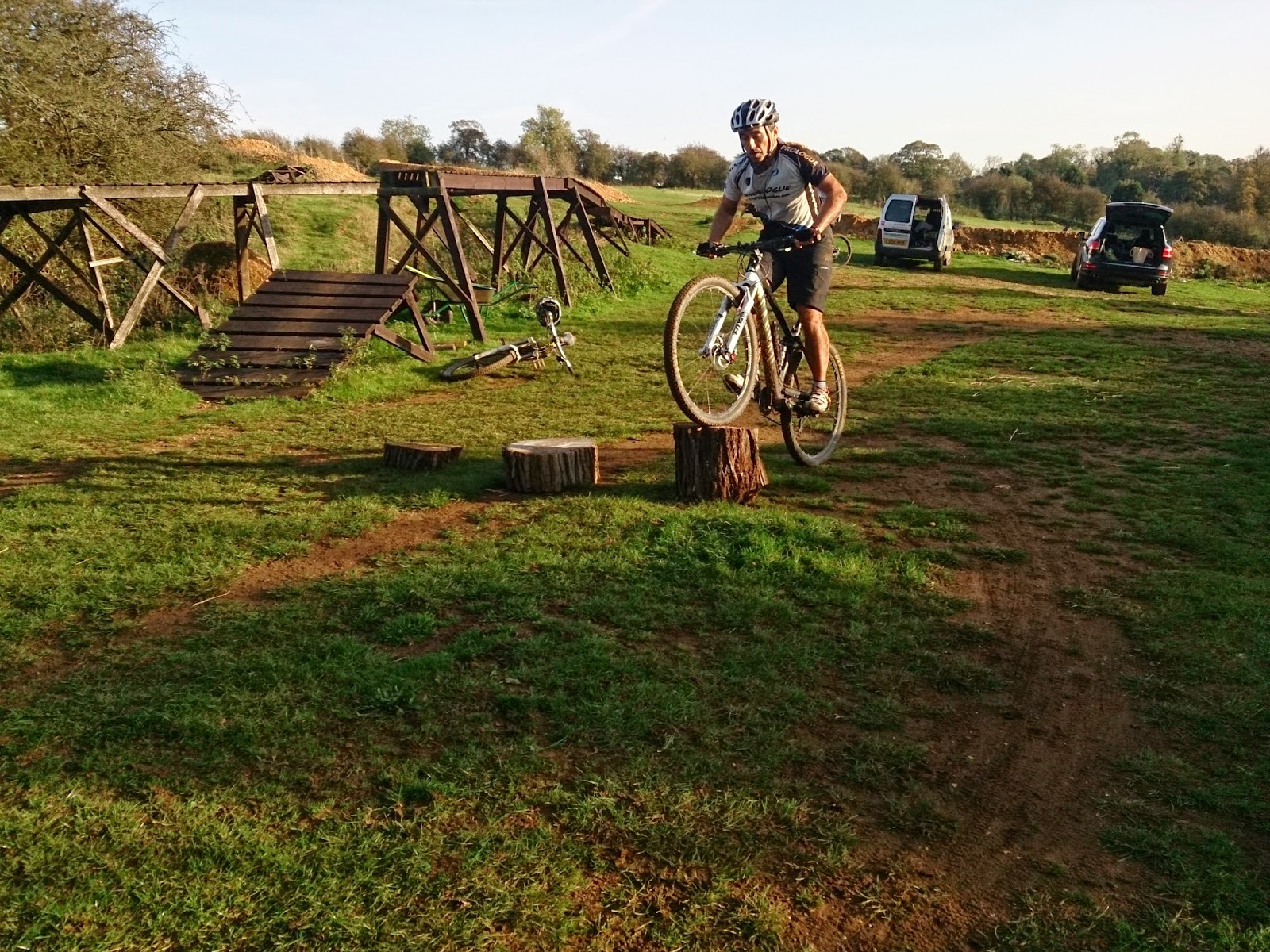 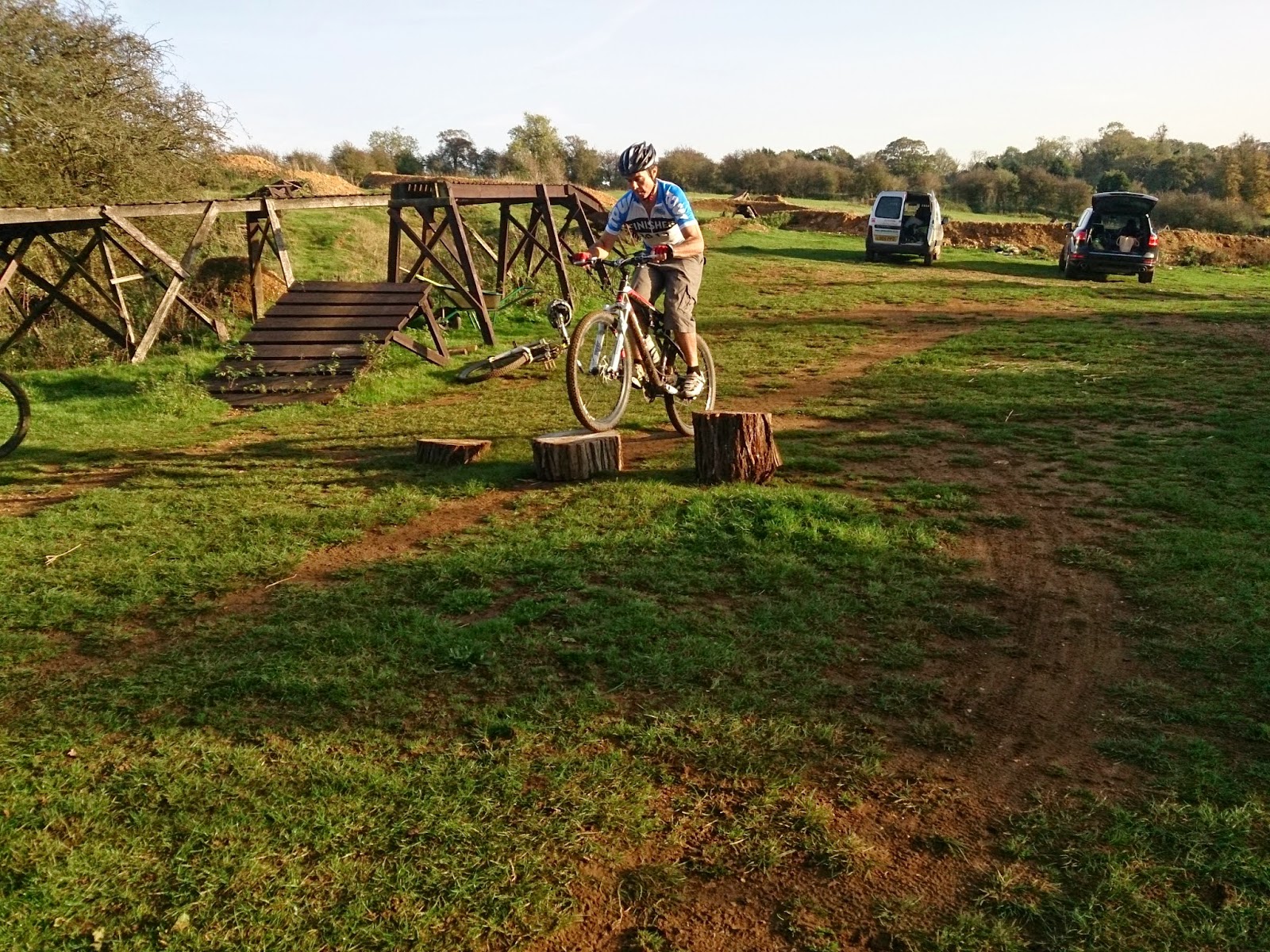 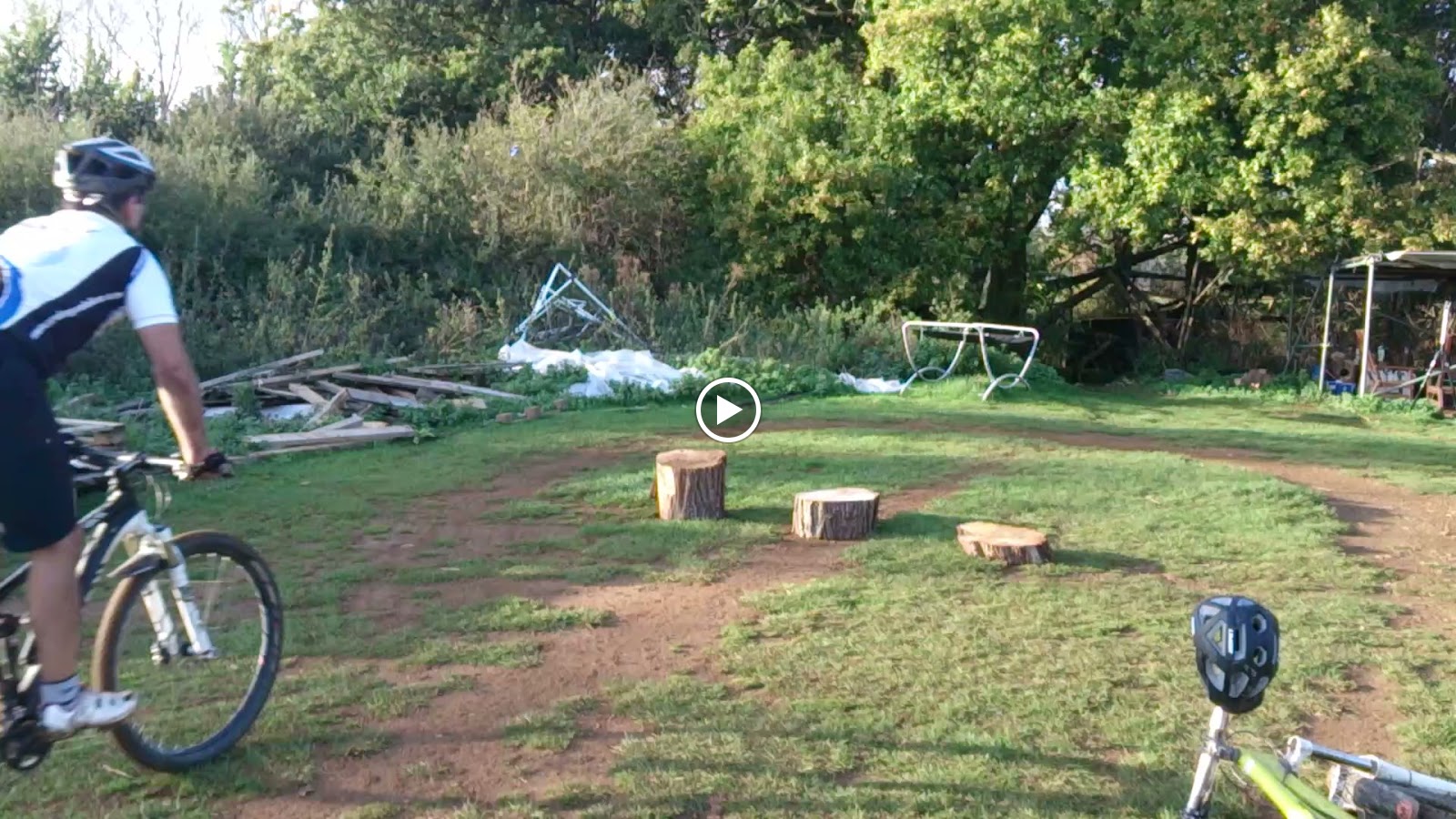