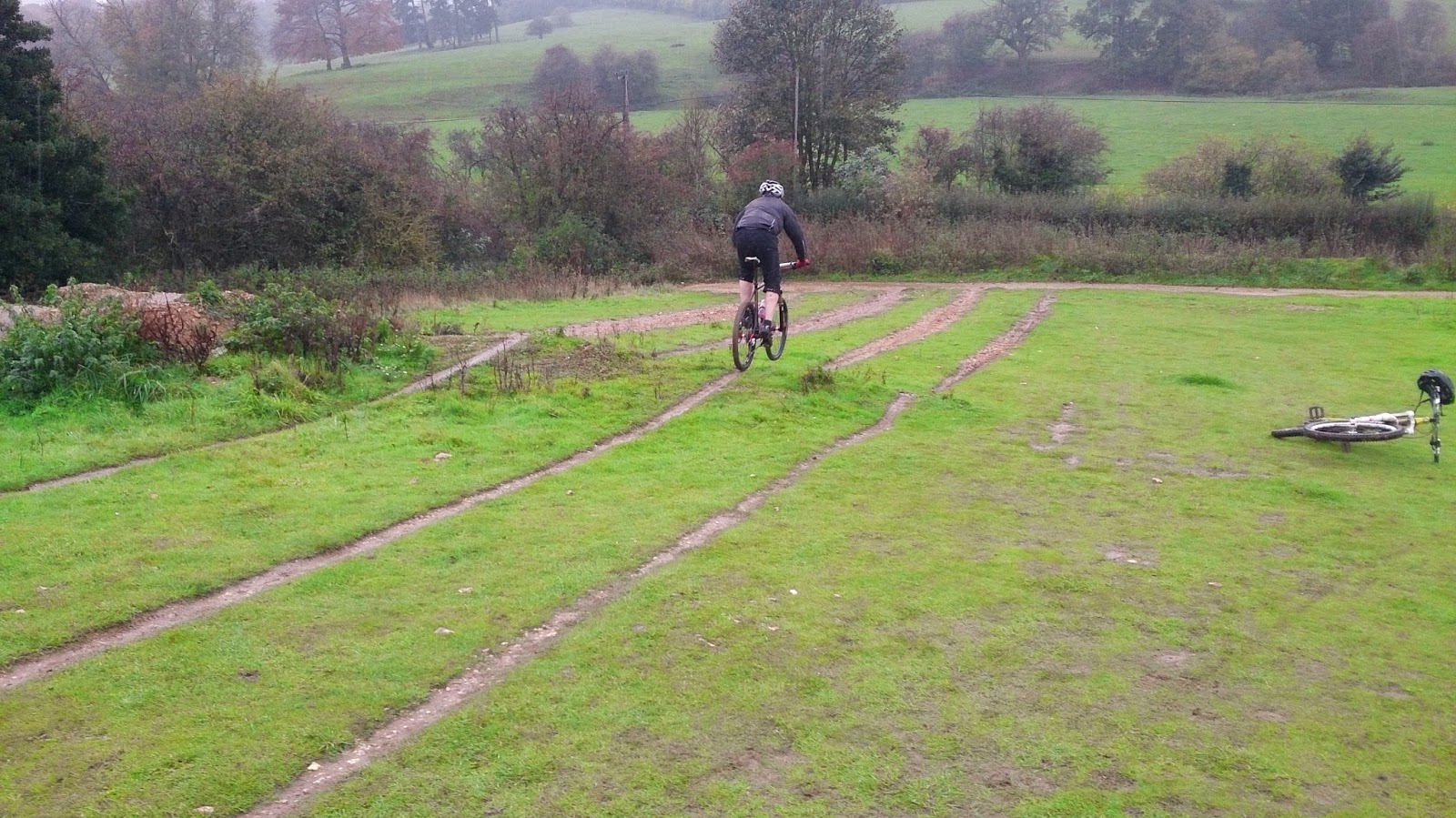 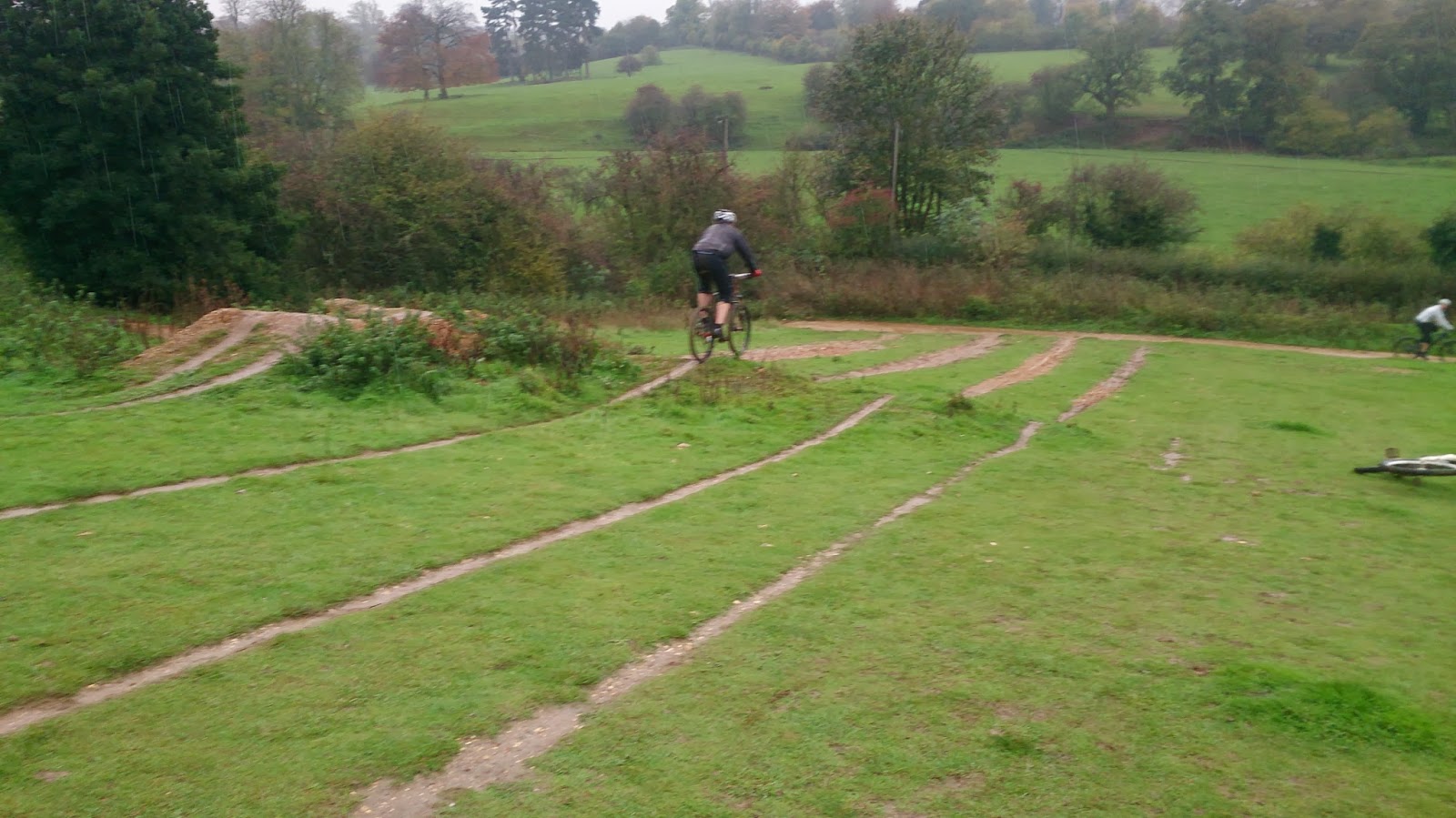 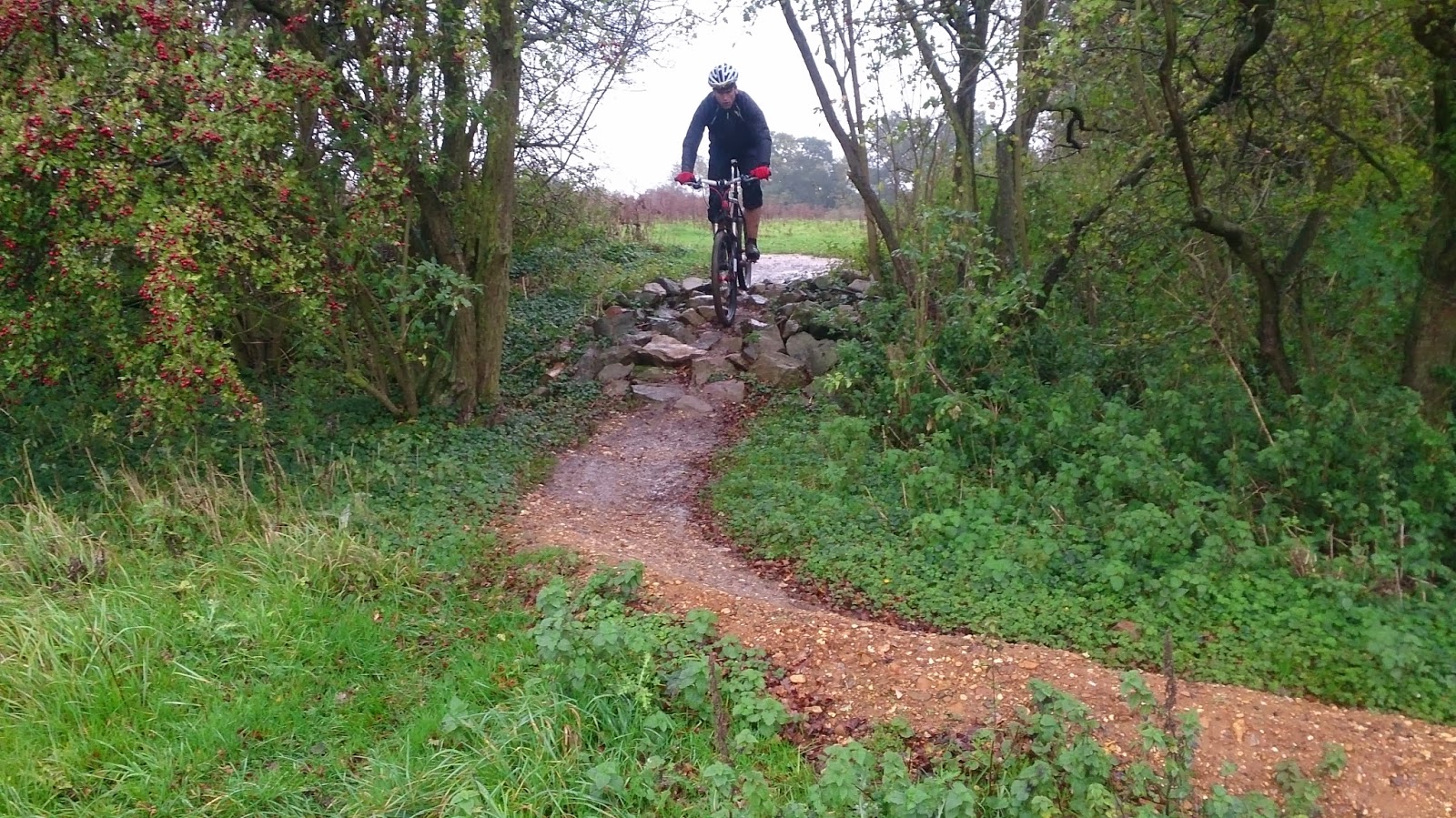 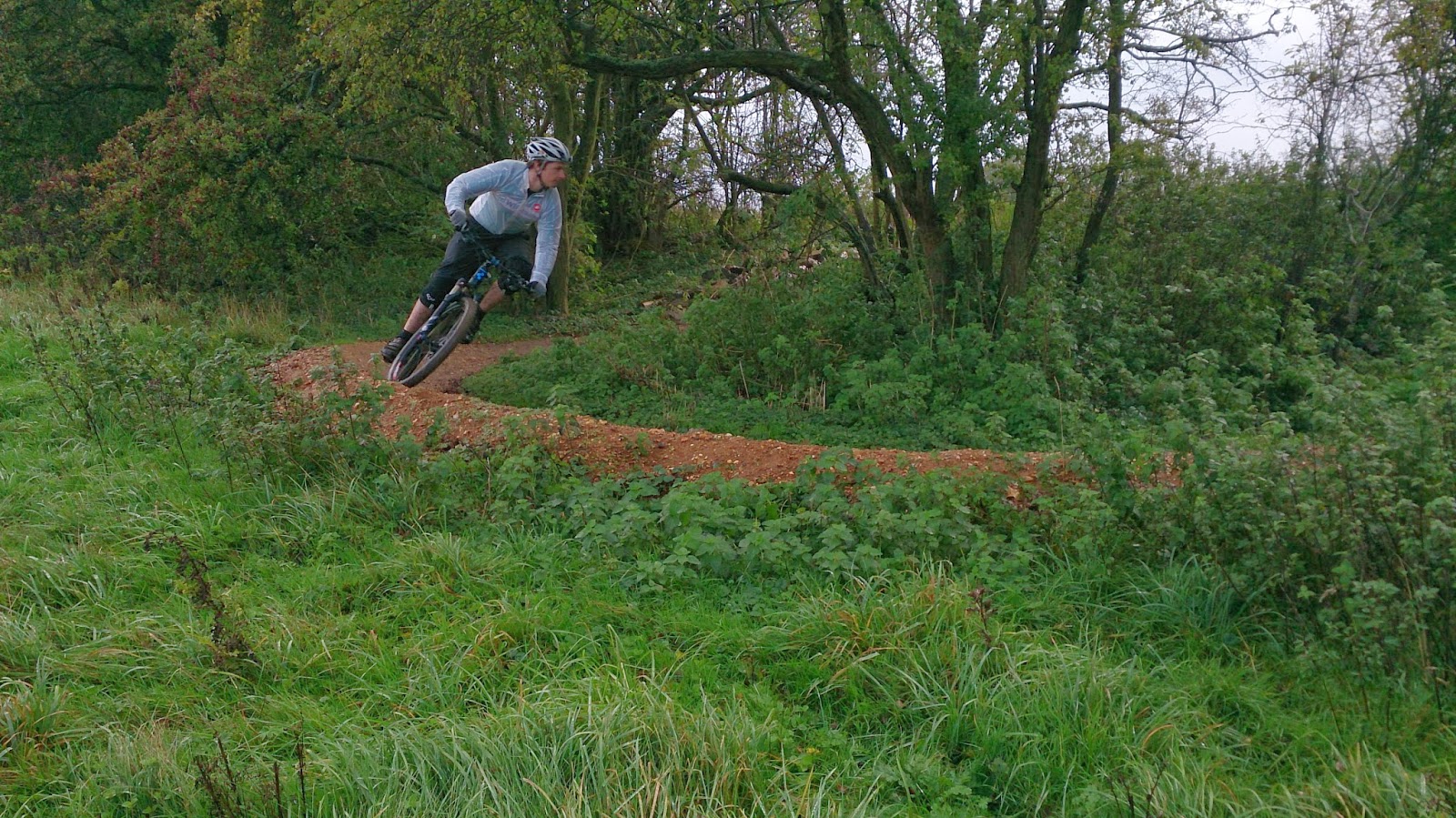 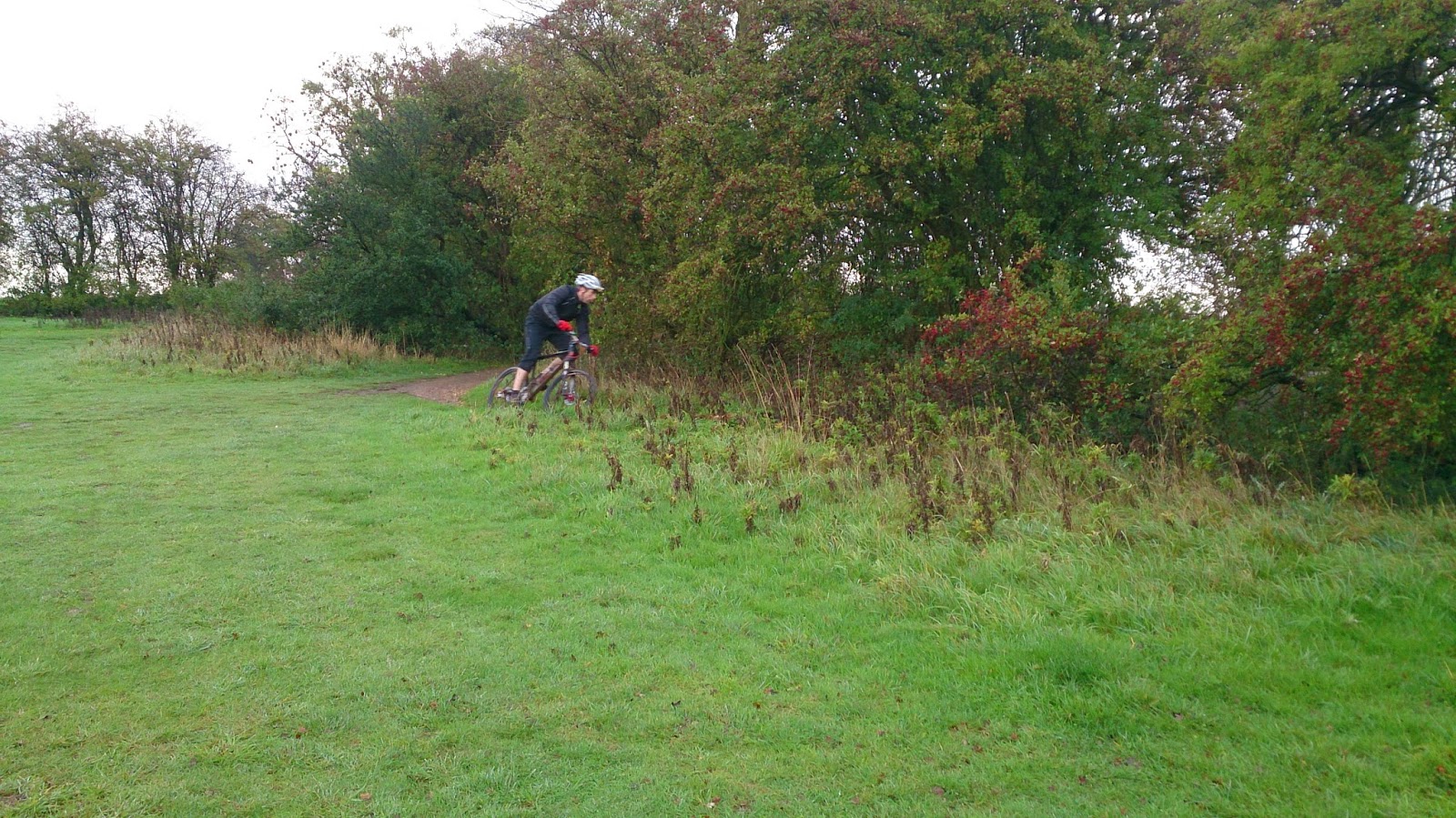 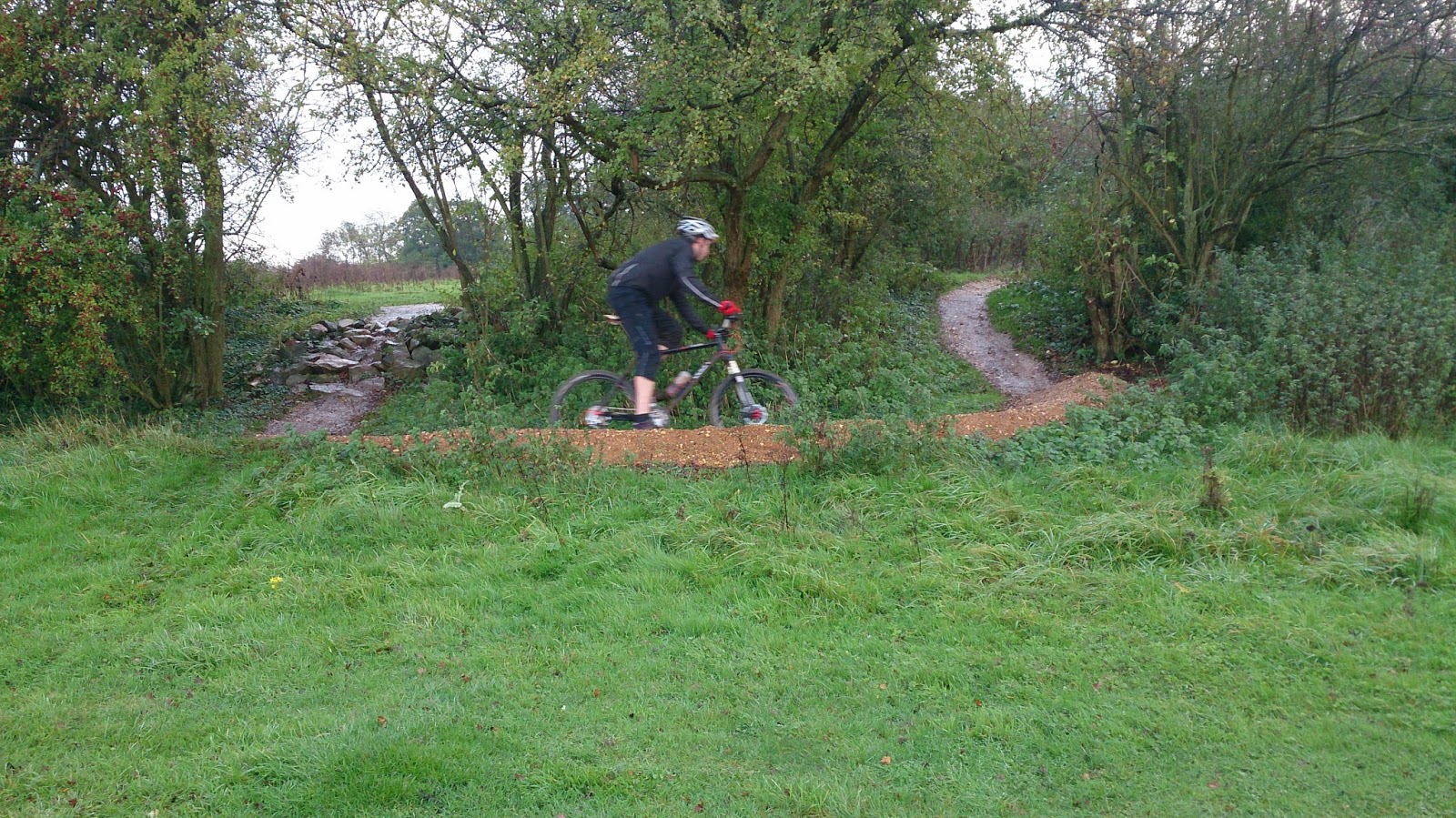 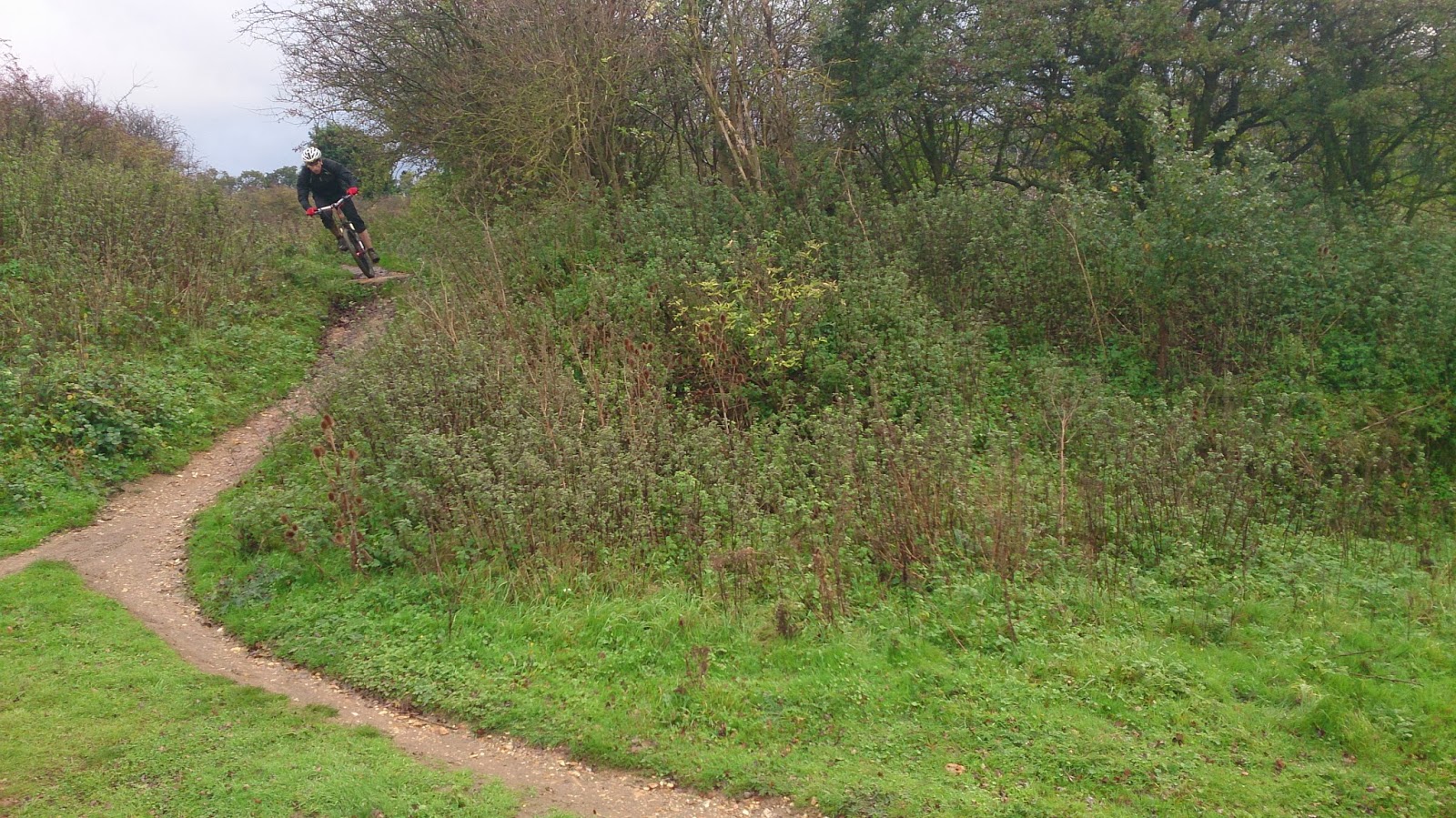 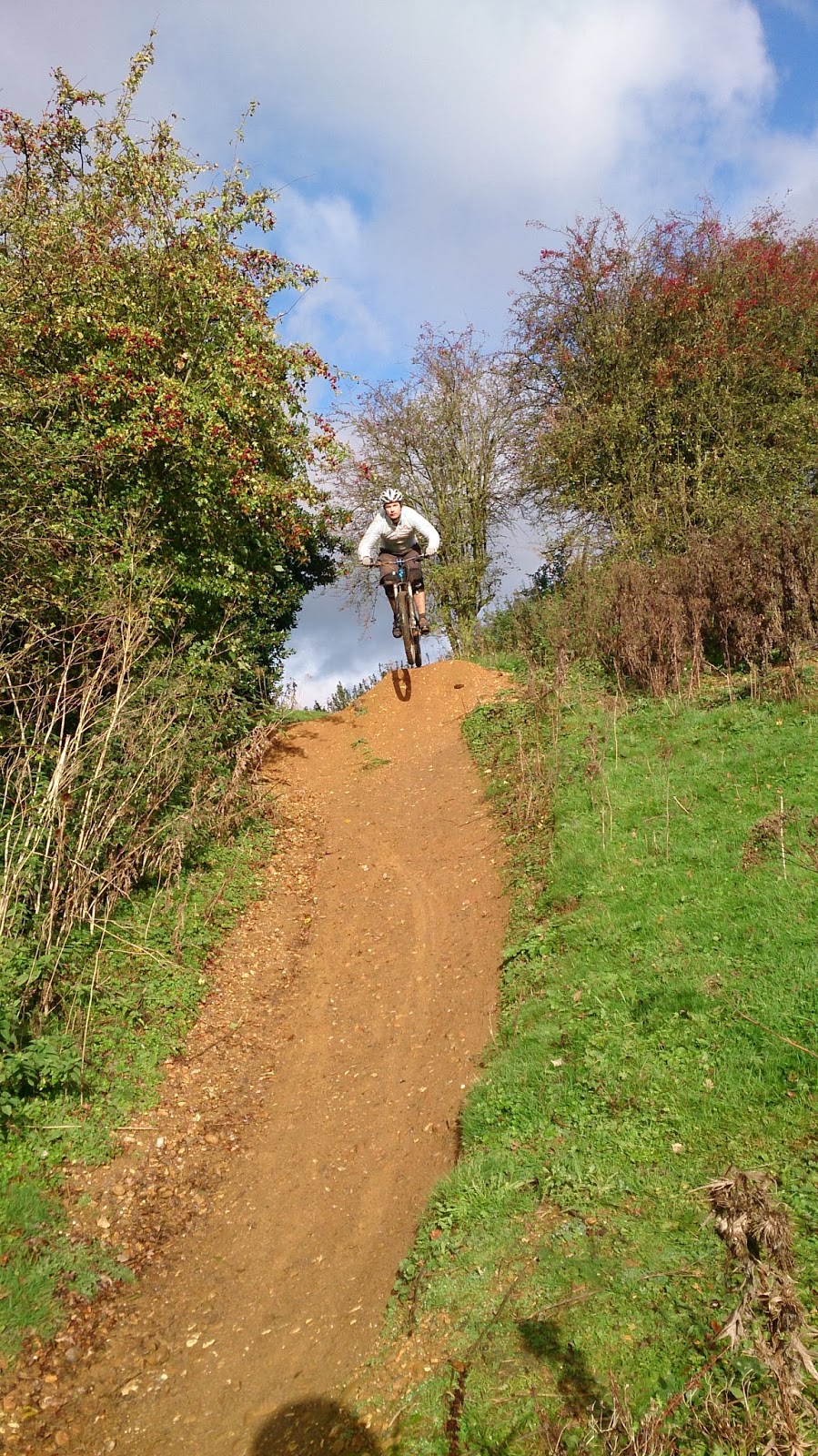 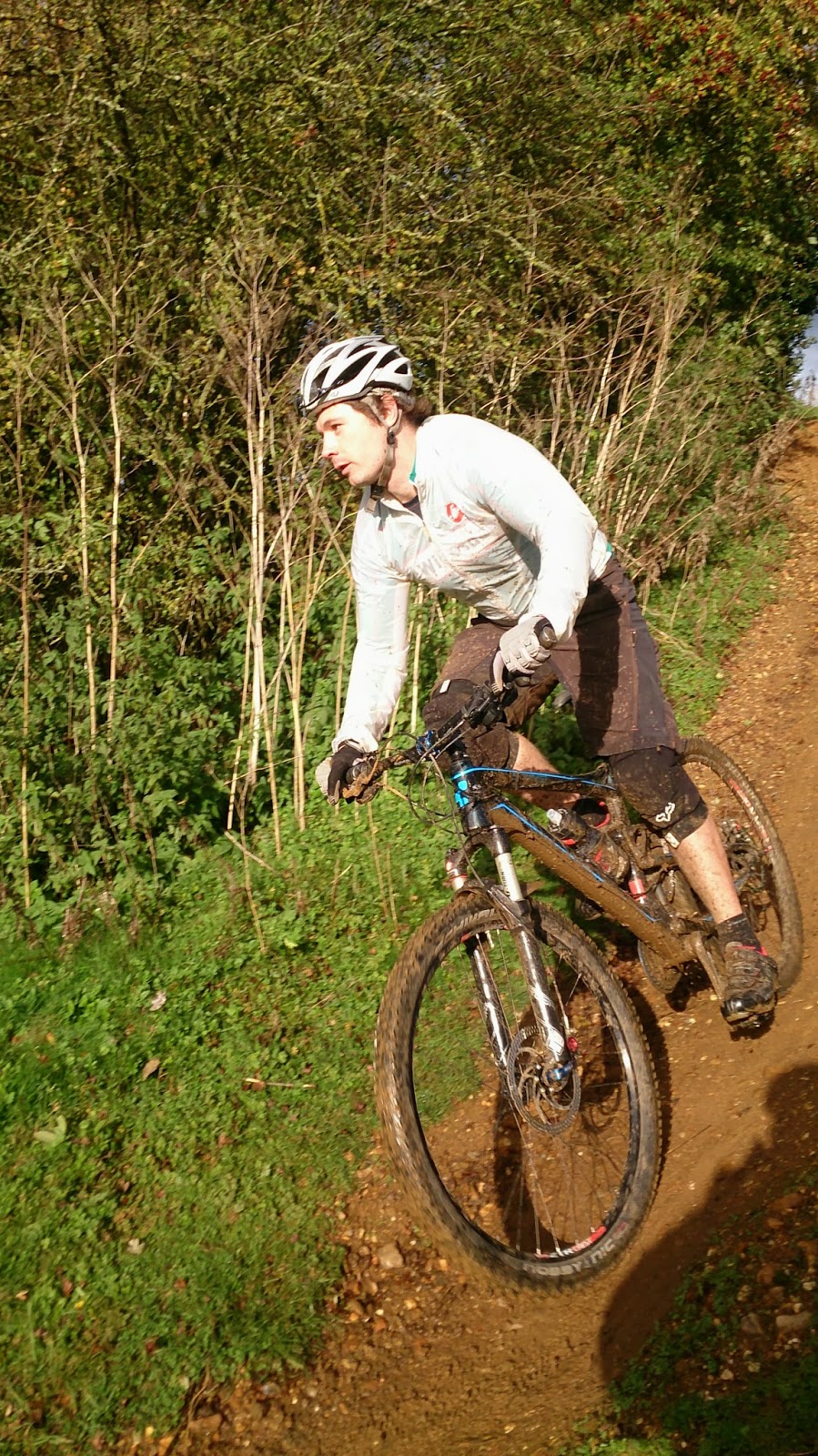 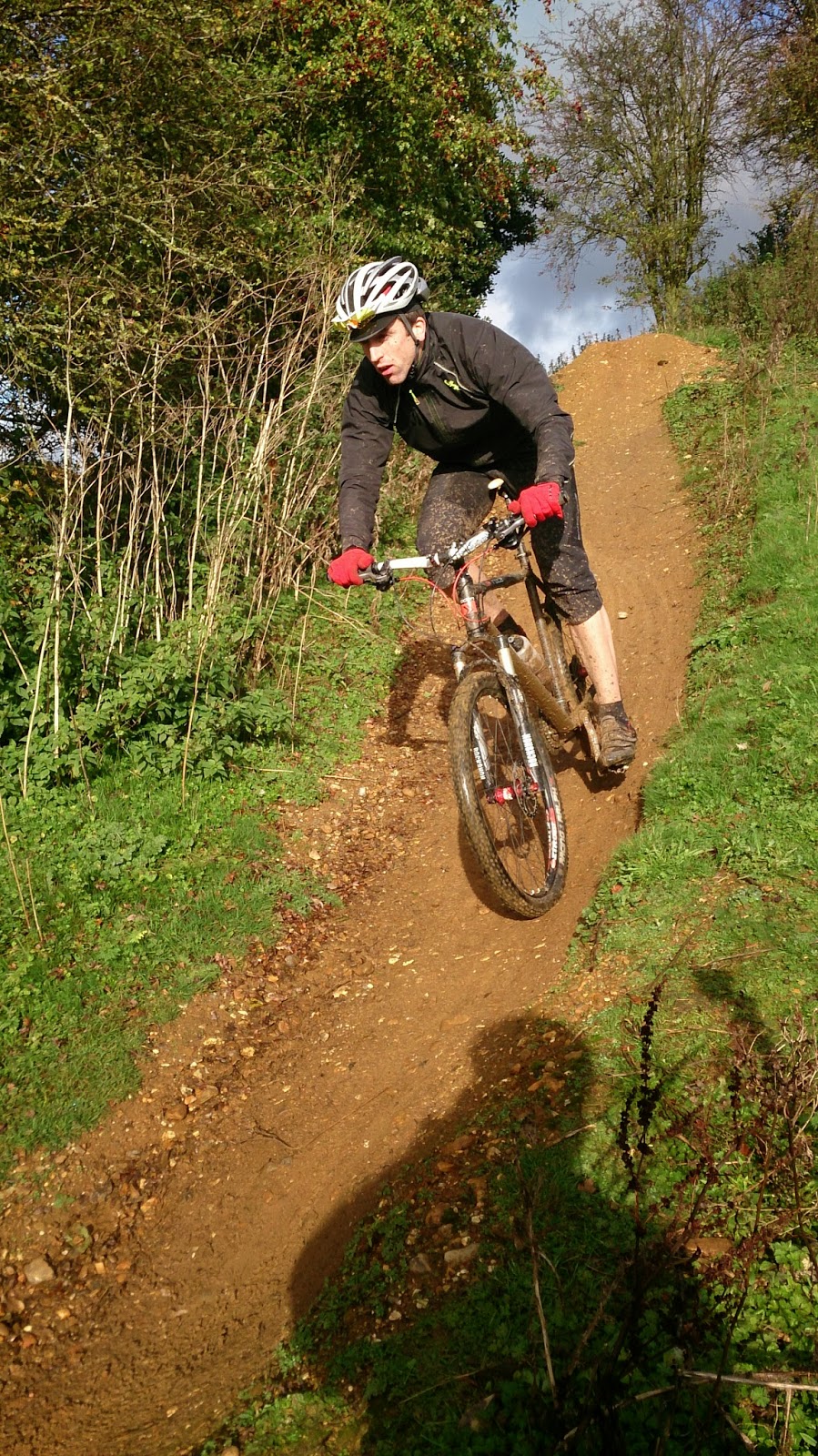 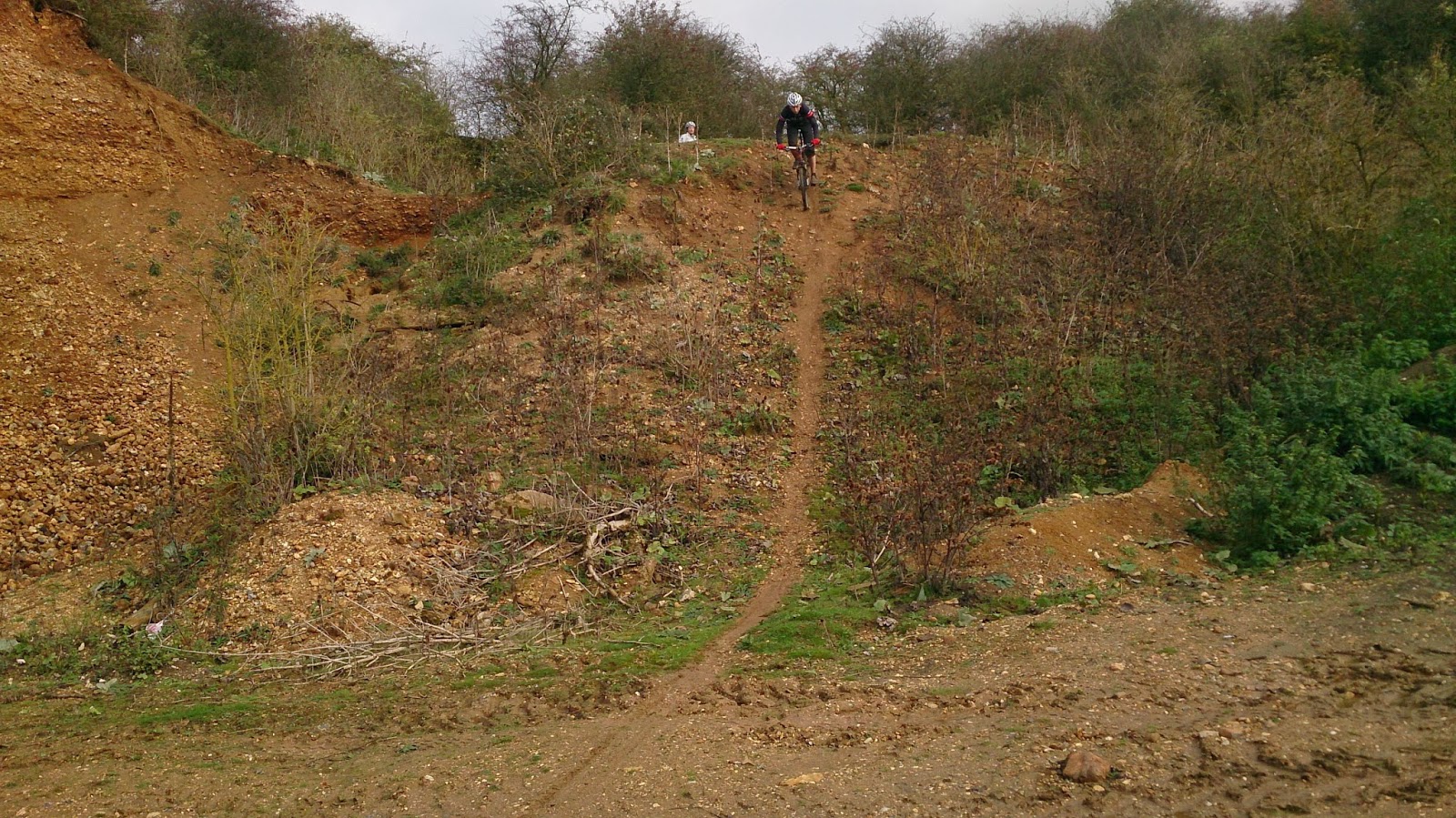 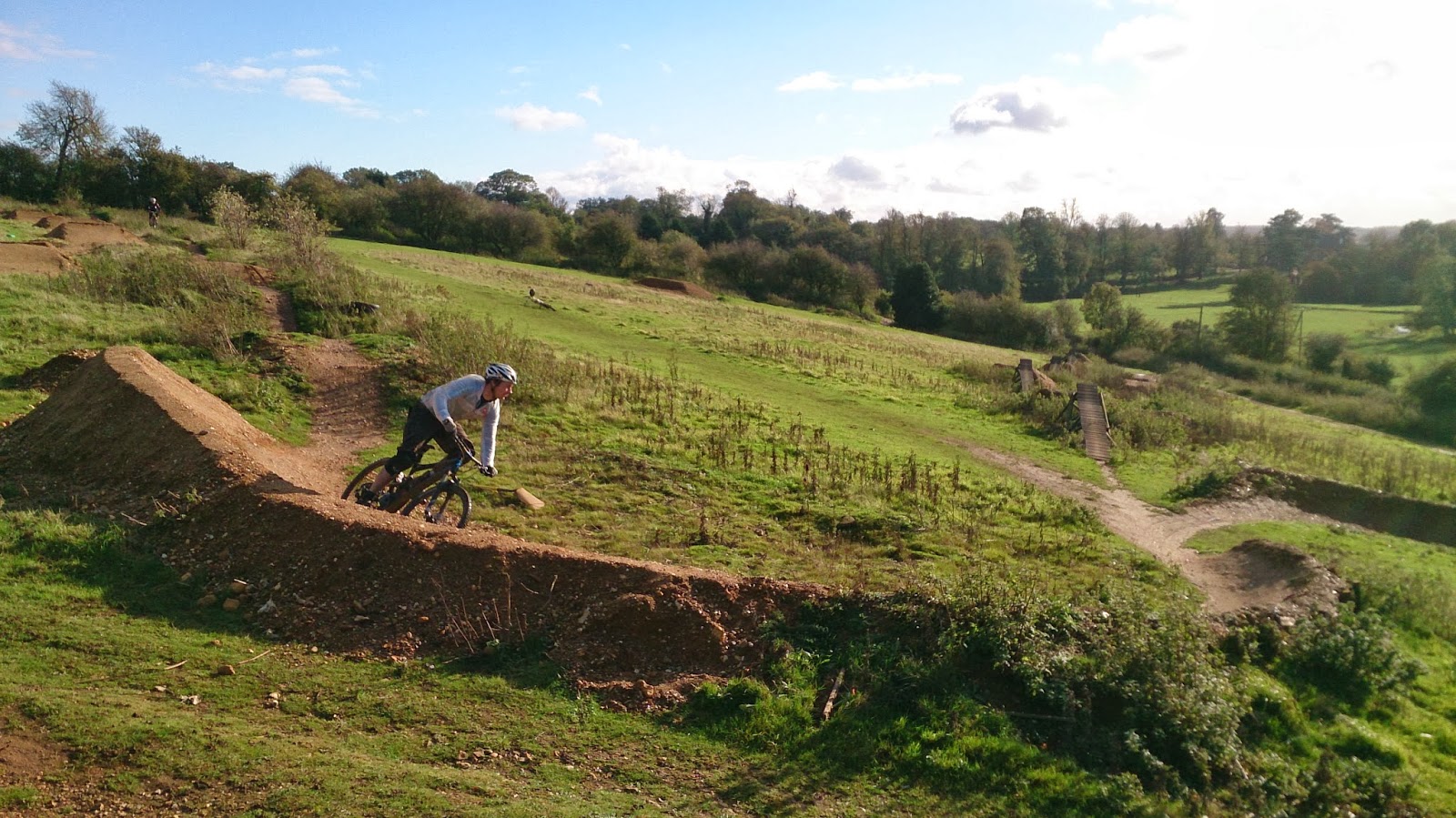 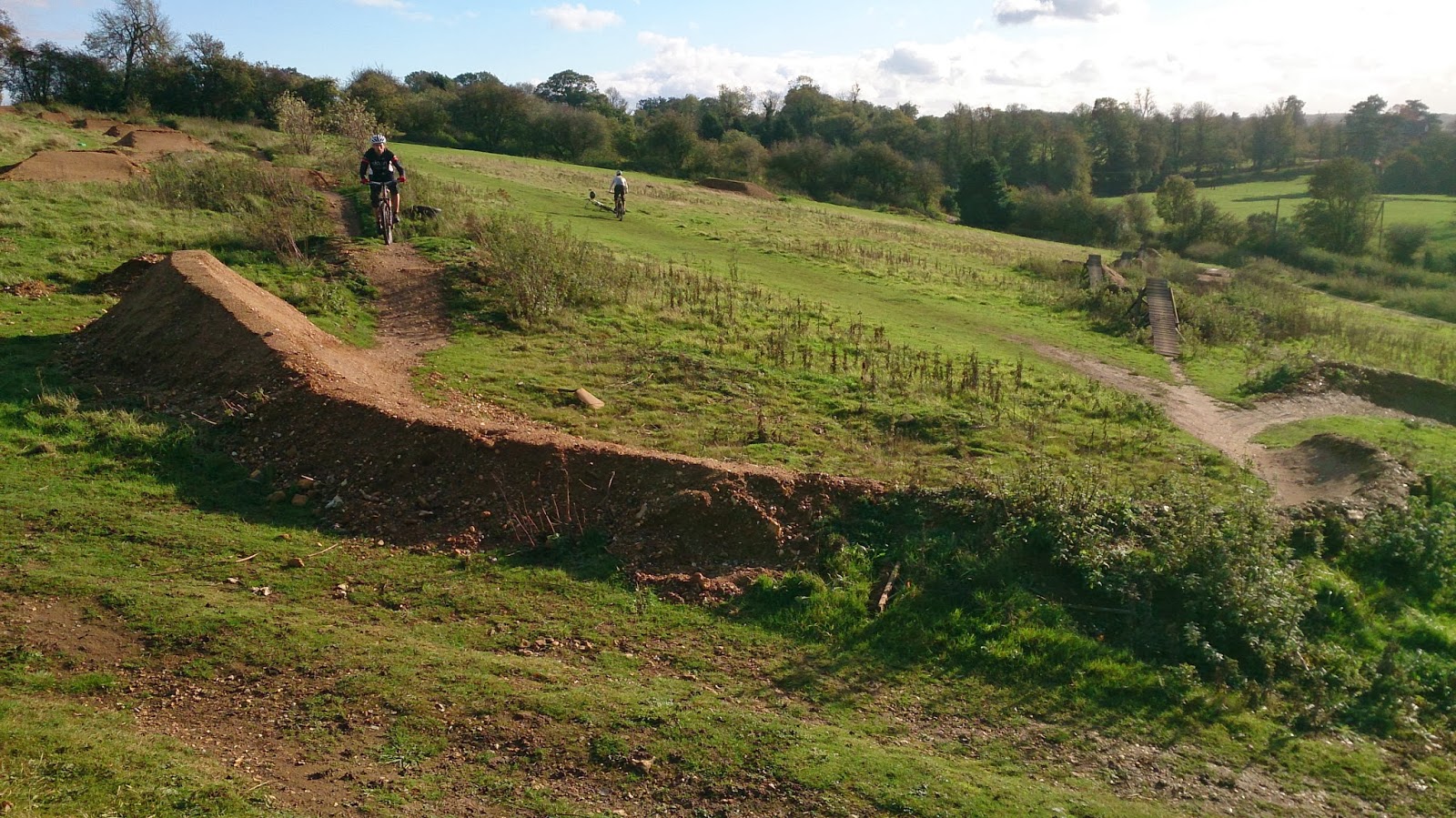 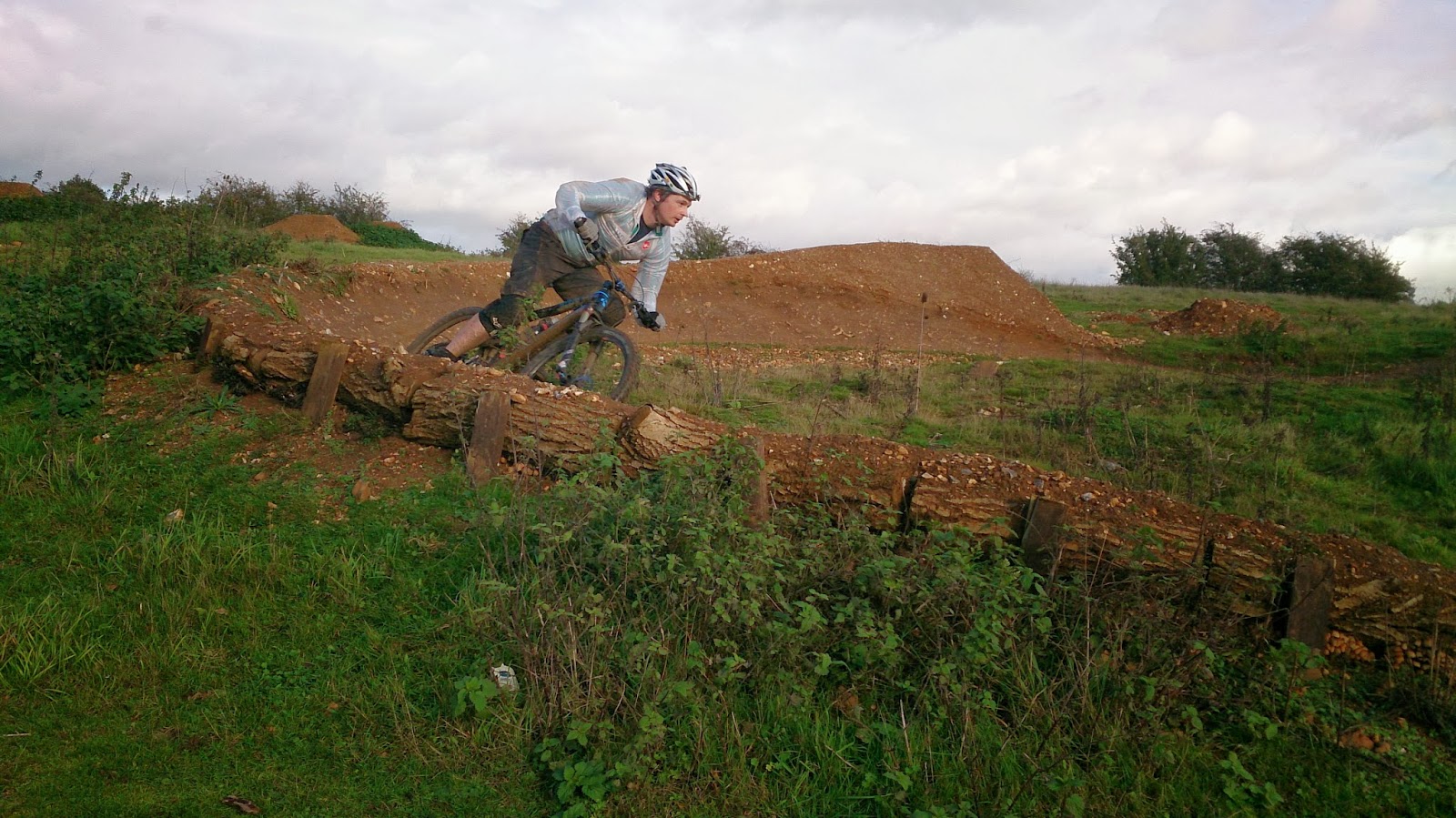 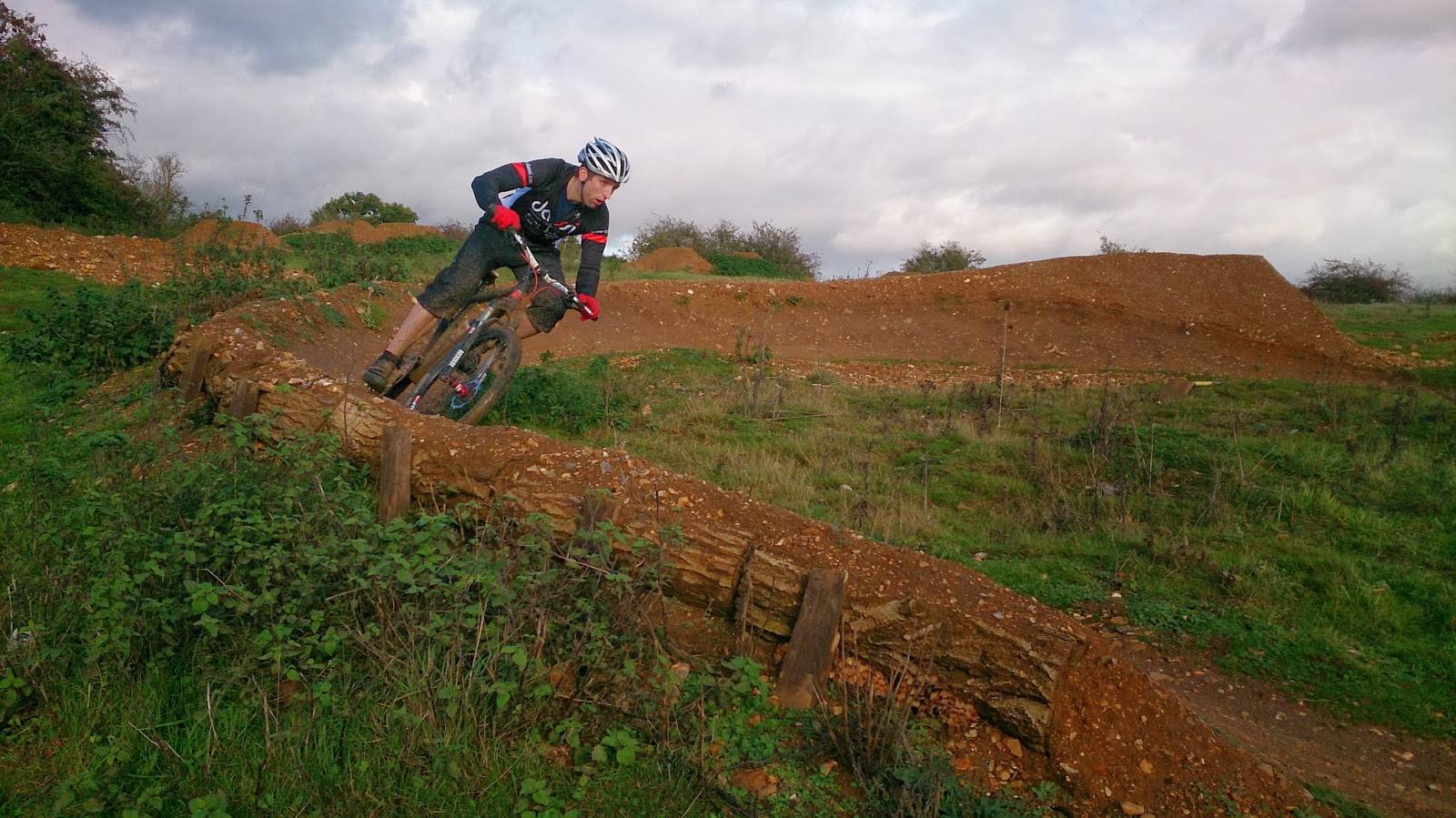 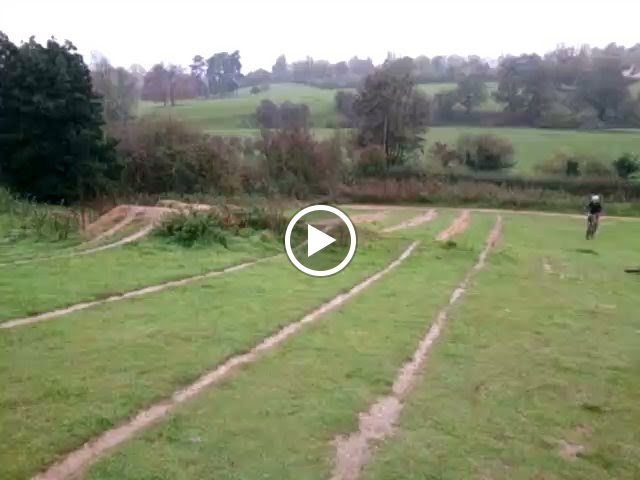 The two Richards turned up as arranged and they both wanted to work on techniques to make them faster in xc races. The skills check showed that I needed to work on body positioning and looking in all areas and I needed to work on their mental skills too.
We began with drops and they were soon riding all 3 drops easily and the smiles never left their faces. Airtime is slow time and I wanted to develop their cornering, absorbing and pumping in all areas of the skills trail and soon they were riding top to bottom and linking all 14 sections together. Every run was faster than the previous as they linked berms, switchbacks, off camber and flat corners to steps, pumping mounds, drop offs, up slopes and rock gardens.
We moved to the steeper terrain to work on their mental skills and  here they decided what to ride using their own skills and not peer pressure.
Next we moved to another trail, 1st to work on absorbing and basic pumping to gain speed through sections on the trail and worked on grip speed through a single berm at the end to see how much further they get when it is all correct. Later on, we worked on more advanced pumping which made them much faster again and this time linked to berms together at the end of the trail. They were tiring and they knew it as the mental aspect of the session took its toll and a couple more runs later and they called an end to the session.
Awesome riding guys and let me know how the racing goes.
High5!