Mark’s one to one session 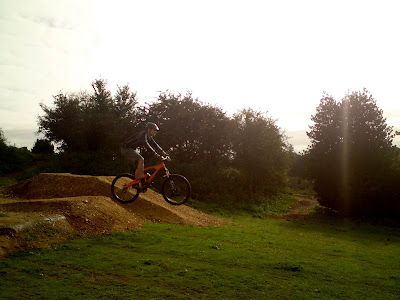 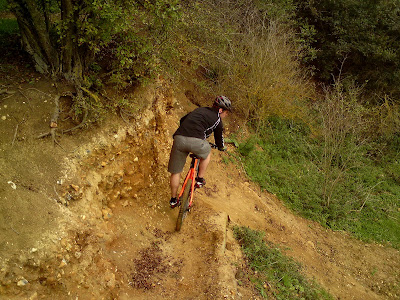 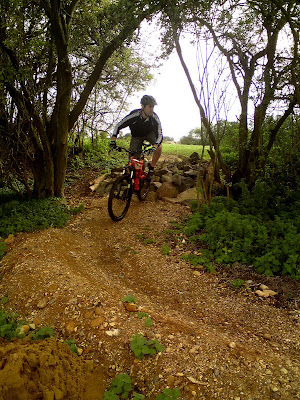 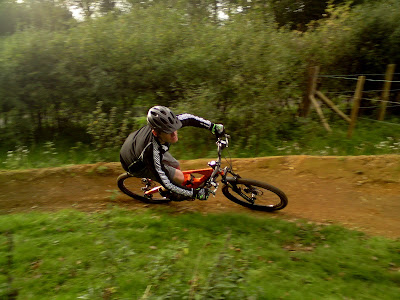 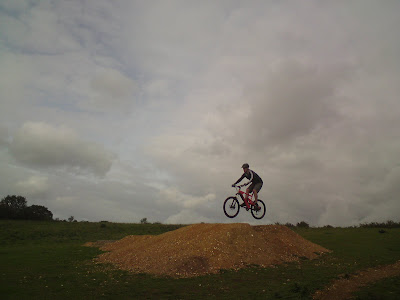 Mark has ridden off road for nearly 16 years on and off and came to me as he felt he had plateaued. After the skills check I worked on the missing skills from the physical skill set and later on I would work heavily on the mental skills.
We began with the drop technique and soon, with the addition of the missing skill, Mark was landing perfectly. Mark rode all 3 drops at different speeds as I built up his experiences with this technique.
We then moved onto the coaching trail and we worked individually on each of the 14 sections contained with in it methodically, linking the previous section to the next. We worked on cornering in bermed, flat and off camber. Also, rock gardens, pumping, up ramps, steps and linked drops. By the end of the trail Mark was absolutely flying down and is to date joint quickest from top to bottom.
I then took the opportunity to work on alpine style switchbacks with him as he was going abroad to ride next year. Looking and footwork were worked on heavily here as he got more fluid.
Next on our menu was the jump technique and it was this that Mark felt was a limiting factor in his riding, but as I managed his speed whilst working on the other skills he took to the air.

The tabletop was ridden and landed perfectly in a short time and so Mark choose to ride the gap side of it too. Same result!
Finally, we worked on carrying speed through berms as Mark rode in faster and faster.
Our session came to an end as mental tiredness crept in pretty much after 4 hours of coaching.
Great session Mark!