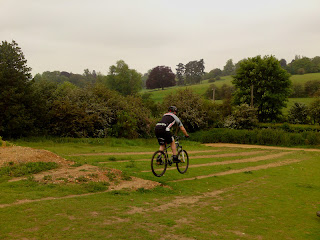 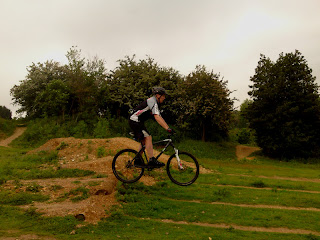 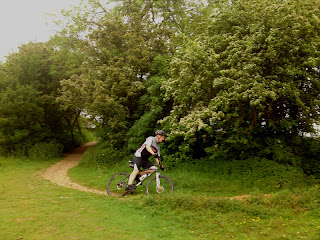 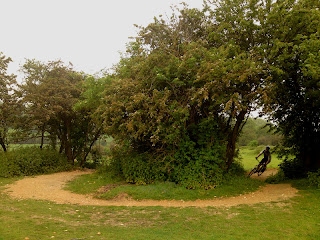 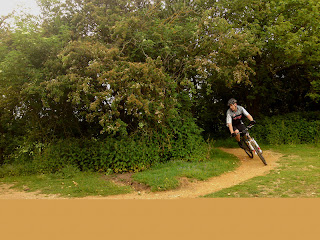 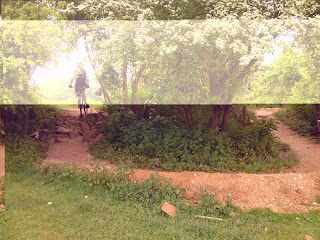 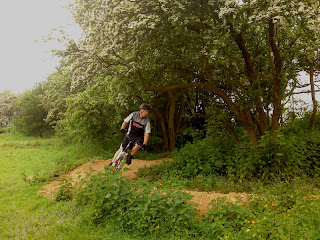 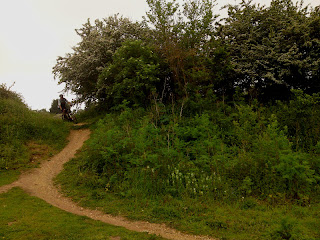 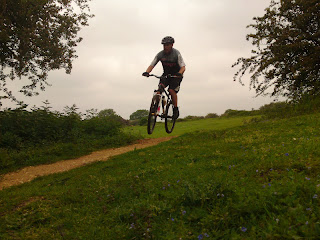 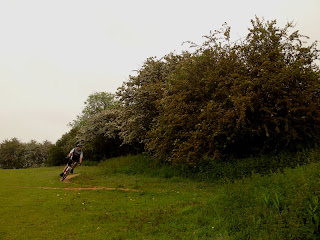 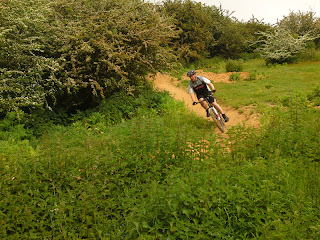 I had coached Martin’s wife previously and he wanted a one to one session too. I found missing looking, footwork and body position skills in all areas of the check and made a simple set up change to assist my corrections before starting off as ever with drops.
I went though both the physical and mental skill sets required in all mtbing and then demonstrated. Martin found the effort required was minimal now as the simple technique was applied.
After a while we moved onto the skills trail and Began working on pumping and linking sections on the trail together by the correct braking areas. A spate of punctures caused by comfort braking on the rock garden saw us break for a while but soon we resumed. Flat, bermed, off camber and switchback turns were linked to fly out jumps, drops, steps and rock gardens. martin was really getting to grips with the top half of the trail as his new skill set enabled him to travel at the speed he wanted to. A couple of wash outs were self diagnosed too and did nothing to dampen his spirits as he wacked along the trail but the efforts of the previous nights ride followed by the mental aspect of my coaching meant he was mentally tiring quickly. A few complete runs of the trail and we agreed that the end was here and our session ended just short of 4hrs.
Great improvements Martin and I look forward to our ongoing connection.
High5!