Matt and Mike travel from Wales 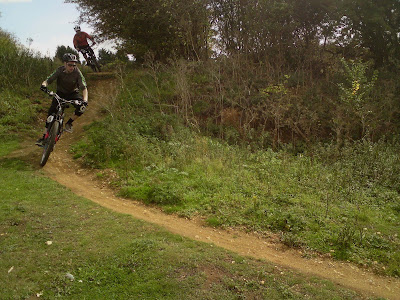 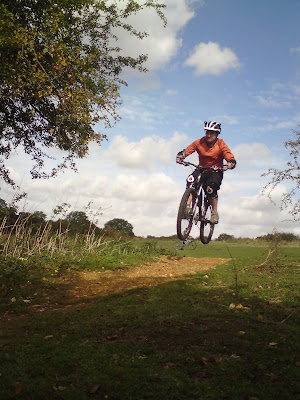 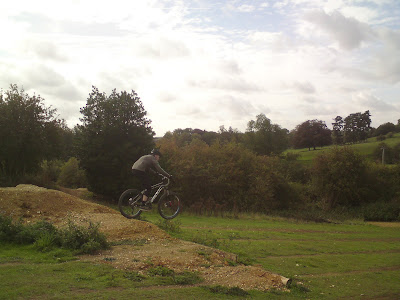 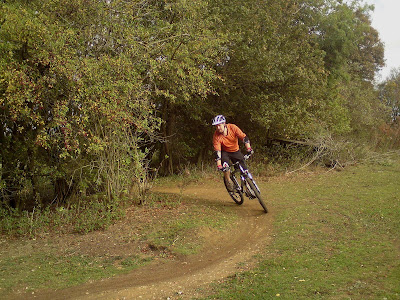 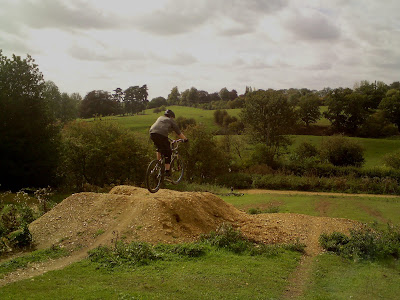 Mike and Matt made the journey and stayed at a local hotel so they could be fresh for their session.
On meeting them I asked of their aspirations for the session and it focused on airtime. Neither had jumped a tabletop before and considered the one they saw as they drove in to be way to big, how wrong they were.
I ran them through my skills check which reveals the missing and present skills that are needed in mtbing. I corrected their set ups and away we went, much to their surprise to the drops.
Immediately they were landing perfectly and soon they had used their new mental skill set to good effect to ride all 3 drops. The looks on their faces were a picture.
It was time to move to the skills trail and begin to work on linking the 14 sections contained within it together. I began with pumping and they were both surprised by how much speed could be gained. They linked this into the next two corners and they could really feel the benefit of their improved footwork, looking and body positioning. Methodically, we moved along the trail linking each section to the next using the correct braking areas. Flat, bermed, off camber and switchback turns were linked to drops, fly out jumps, steps, pump bumps and rock gardens.

I worked hard on linking drops into corners and I really developed their looking and line choice before they began riding the trail top to bottom a few times. Each run was controlled, smooth and faster than they have ridden before.
Finally, we moved onto their nemesis, the 6ft tabletop. I worked on their mental skills here and they applied their natural unweight to awesome effect and sailed over it, landing smoothly and riding away smiling. After a few more runs, mental tiredness really began to hit and I called an end to the session and rode a demonstration of the same skills set in use in my own riding.
Awesome riding guys and I can’t wait for your future riding updates.