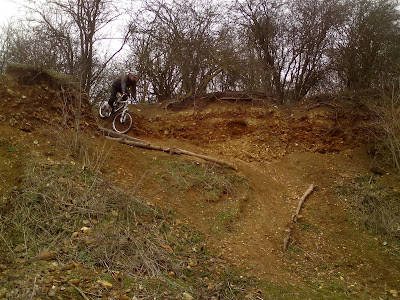 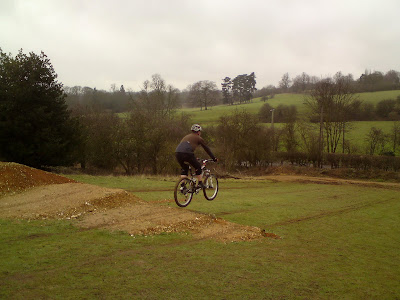 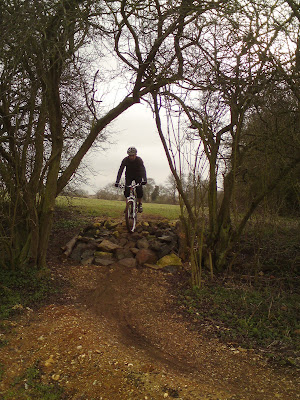 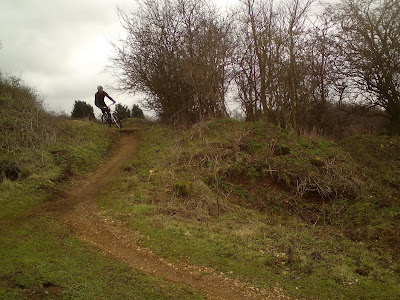 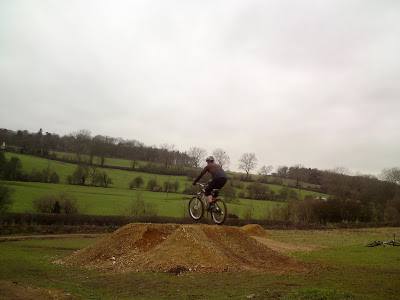 Mike contacted me back in December wanting to increase his flow in singletrack and maybe, he said get a little air. On meeting I ran him through the skills check and began working on what I discovered. I began working heavily on his footwork, looking and later on his body positioning too. The first technique to Mike’s surprise was drops. Using the skills that I had corrected, Mike flew through the air effortlessly and using the mental skill set I gave him, he rode all 3 drop sections easily.
We then moved onto the skills trail and worked our way methodically down the trail. We worked on flat, bermed, off camber and flat corners. Steps, rocks, pumping and fly outs. Mike really worked hard and began linking each section to the next fluidly and confidence was growing. I covered linking drops into corners too as Mike learned to carry speed into corners as his commitment grew.
We rode the whole trail a few times and the flow was there for all to see, Mike’s face was a picture as the smile grew and grew.
Mike mentioned that he had trouble on steep sections, so I moved over to the alpine switchbacks and worked hard on his footwork and looking but also his mental skills again. It was awesome to see the change in Mike as he chose to roll into them and rode them smoothly.
We ended our session at the tabletop as Mike used his skill set in that context and flew over the 6ft tabletop easily. Mental fatigue brought an end to the session as Mike declared he was knackered and very happy!