MTB skills session with Will and Tom 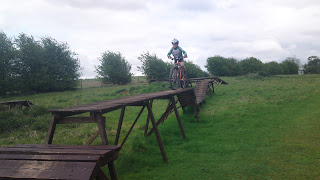 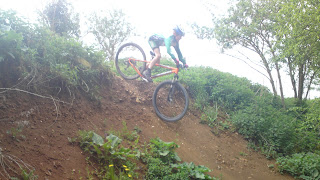 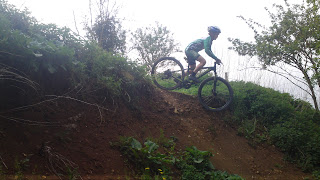 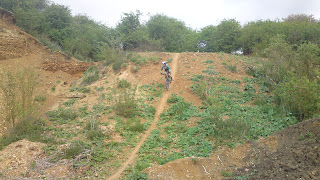 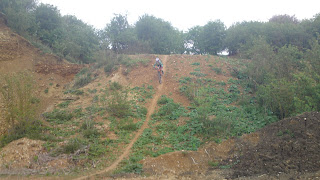 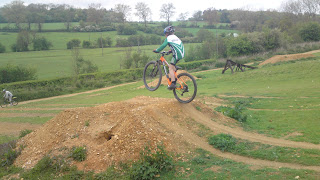 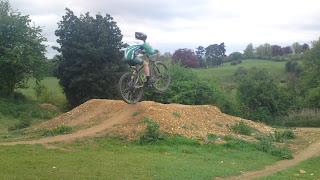 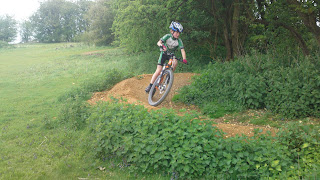 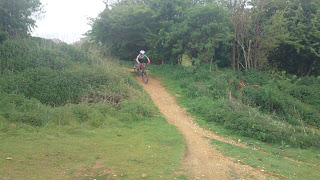 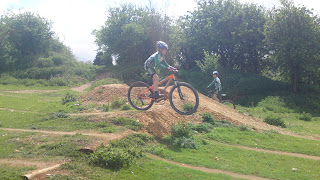 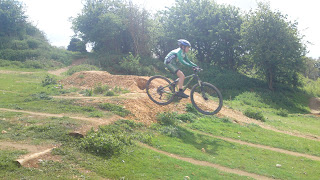 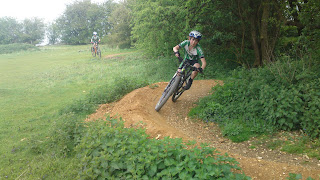 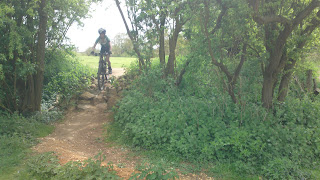 We started the session with the skills checks where I discovered that collectively I needed to work on footwork, body positioning and looking, so I set to work. They quickly understood what was needed and began to fill in their missing skills. They also showed me that they unweighted the bike naturally, and I just needed to show them where to look. After a few set up changes, we moved onto the drop technique where they were soon landing perfectly off the larger drop. I then gave them a quick cornering exercise where they could feel how having correct footwork and body positioning in a corner can give you grip. I then moved them onto the trail, and before long they were linking bermed and flat corners, rock gardens, fly outs, steps and drops. We stopped for lunch, and let a rain shower pass, then continued onto the tabletop. Here, I managed their speed so they had one less thing to think about, and where soon landing the other side of a 6ft tabletop. I then showed them some steeper roll ins, both with and without apexes, which they enjoyed and rode well with their new set up. I also showed them dropping in sideways, where they used their mental skill set in order to say yes. I then took them onto another trail; where we linked steeper roll ins, corners, jumps and bus stops. I then showed them some wooden ladders, and I taught them how to get off if it goes wrong, without having to jump off. Once they could do this, I showed them a section of northshore with a drop at the end, which they were riding comfortably, and quickly moved them on to another ladder with wooden corners, which also finished in a drop. Our session ended due to tiredness and we done a demonstration to show them the skills I’d been teaching them all day in a different context.
Great session guys!
Nath.
By Tony Doyle|2013-05-11T16:55:00+00:00May 11th, 2013|Uncategorized|0 Comments