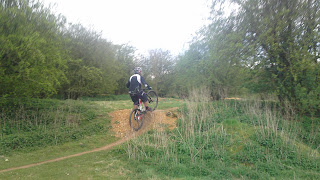 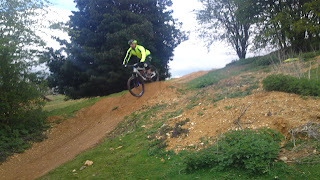 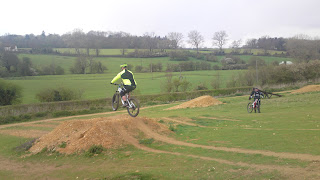 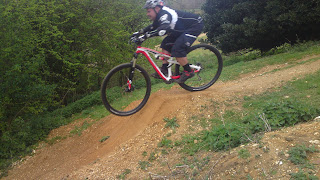 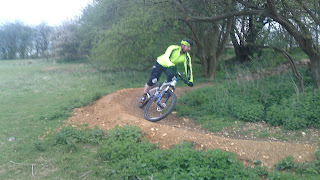 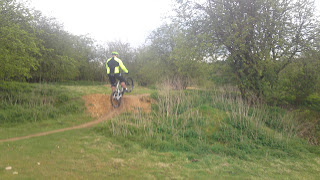 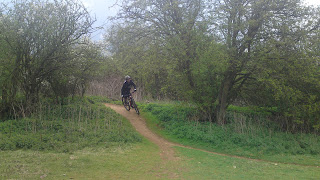 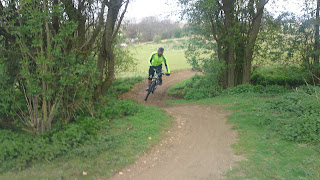 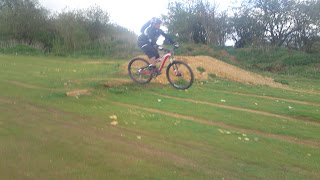 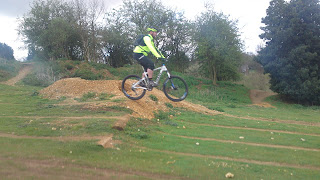 Neil brought John a skills session for his birthday, so after they arrived I began the session with the skills check where I discovered that Neil had perfect footwork, I just needed to work on body positioning and looking, and John had perfect body positioning and footwork one way, but needed work on looking, as well as the other skills in order to corner in both directions. After a few set up changes, we moved to drops, where they were both putting these physical skills together, in order to land both wheels together of a drop of their choice. I then gave them a quick cornering exercise where they could feel for themselves how body positioning is such an important part of cornering. I then took them to the skills trail, where they linked bermed and flat corners, rocks, fly outs, steps and drops, and where soon riding the trail from top to bottom. After a quick lunch break, I then showed them the table top, where they both began to get both wheels in the air. I then showed them a much larger table top, where they could experiment with their speed and push, in order to jump further. I then showed them some steeper roll downs, and got them to use their mental skill set in order to choose which they did. I then showed them a start of another trail, where they began to link roll ins, corners, and fade away jumps, but mental tiredness took over and our session came to an end.
Good one guys!
Nath.
By Tony Doyle|2013-04-27T18:20:00+00:00April 27th, 2013|Uncategorized|0 Comments