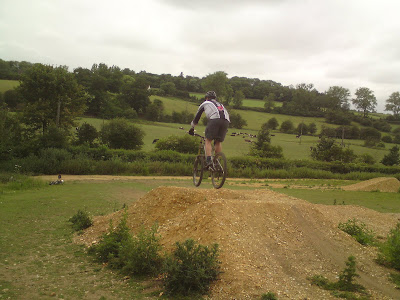 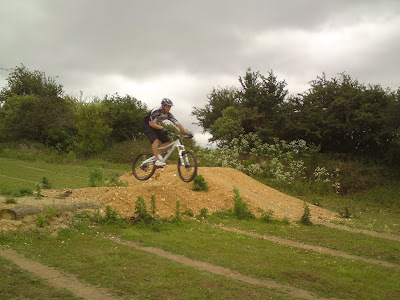 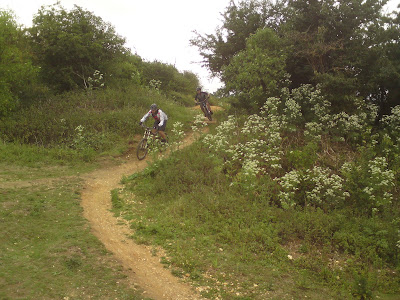 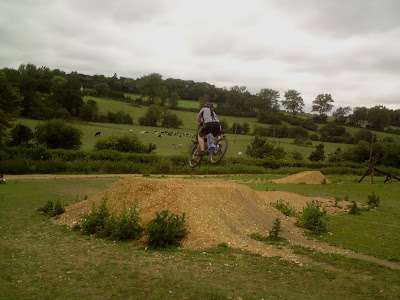 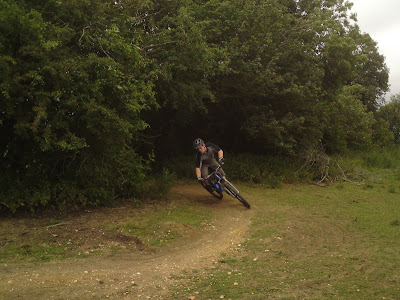 The lads came to me wanting a polish on their skills before the Mega in July.
They wanted to be more fluid and controlled on singletrack and also able to handle airtime too.
I ran them through my skills check and found the missing skills and also a great habit too which we then applied to jumps an drops later on.
I adjusted their set ups and showed them why I did so before moving onto the drops first.
In no time at all all 3 were flying through the air and I worked hard on body position in flight so they could begin to style it in the air too.
Next, we moved onto the skills trail and began linking the 14 sections on it together. It came clear early on that they were fast, really fast and once their looking, footwork and body position was worked on they really went BOOM!
They linked flat, switchback, off camber and bermed corners to rocks, pump bumps, fly outs , steps and drops. Each time we linked the new section to the previous and they really began to shift.

I timed them in segments so they could see what the errors cost and the improvements were worth to them in time and it was outstanding.
Once we began riding the whole trail they really flew. Nicks footwork worked wonders for him and Grant and Barney rode end to end in the same time. A new record for the trail!
To end our session i moved them onto the 6ft tabletop and in no time at all they were over it smoothly and even rode the gap jump side a few times, making time to style it too of course.

The session ended as they became mentally tired and I closed it with a riding demonstration on the woodwork and then we chilled out to a cold beer.
Great day!