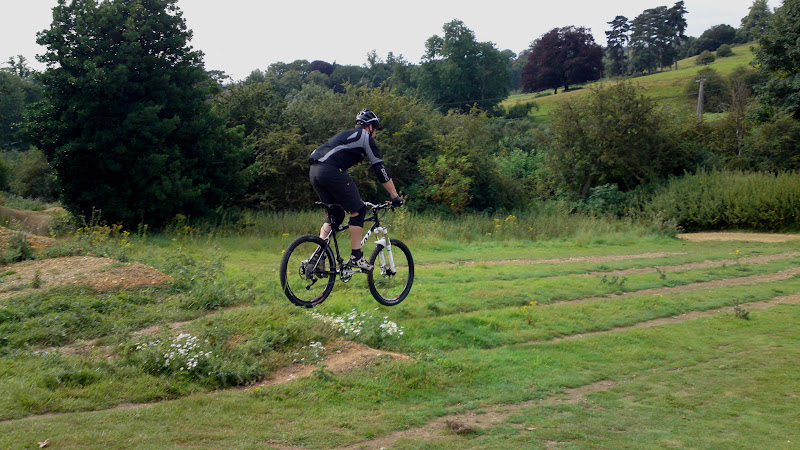 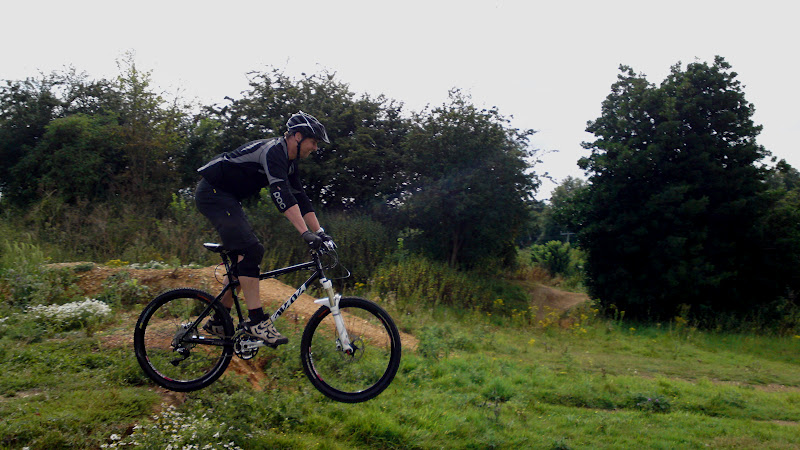 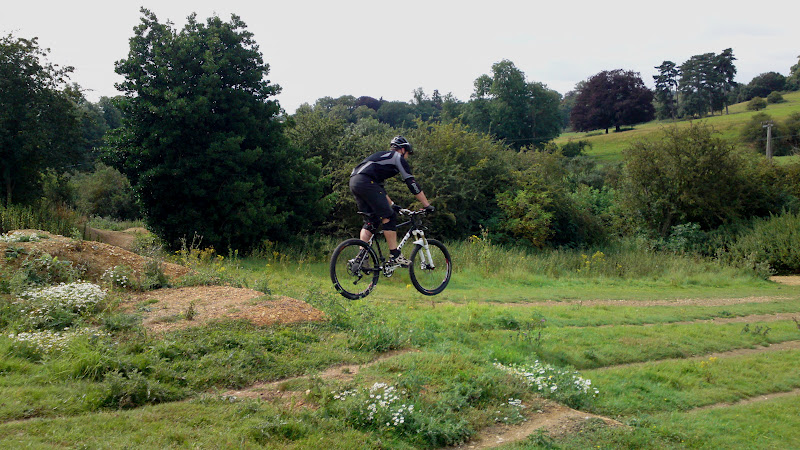 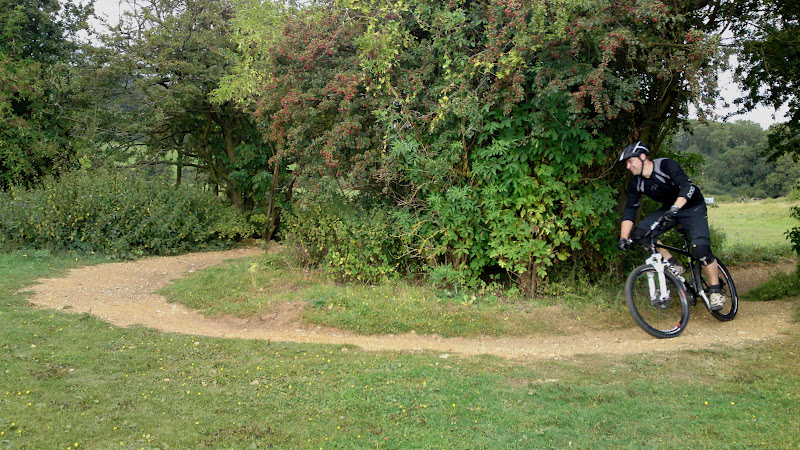 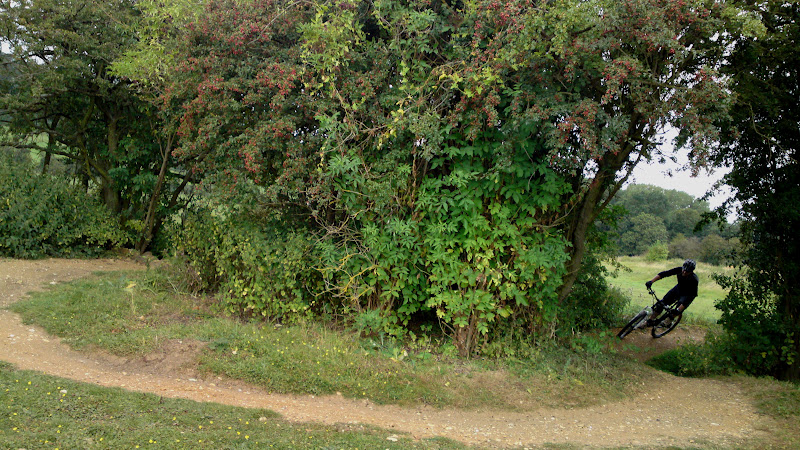 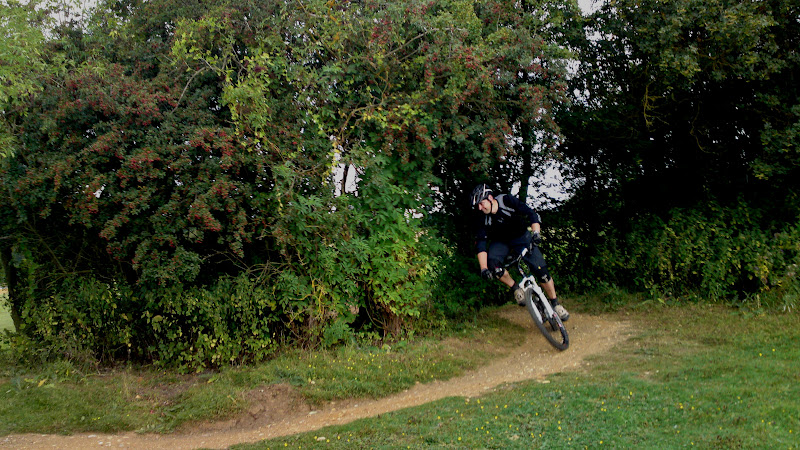 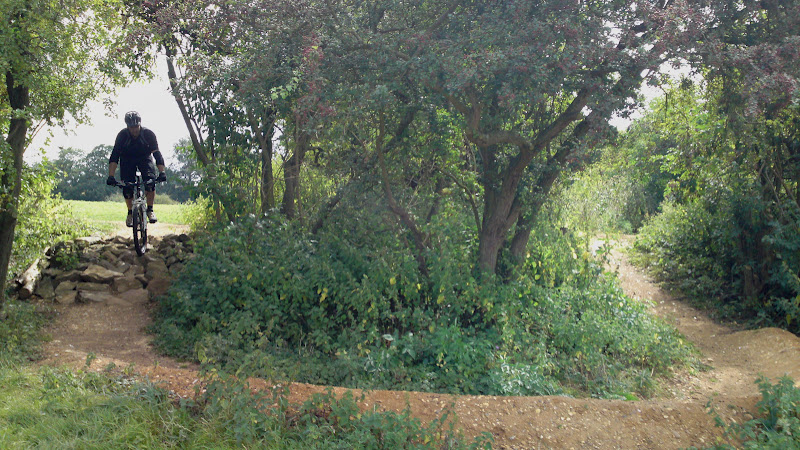 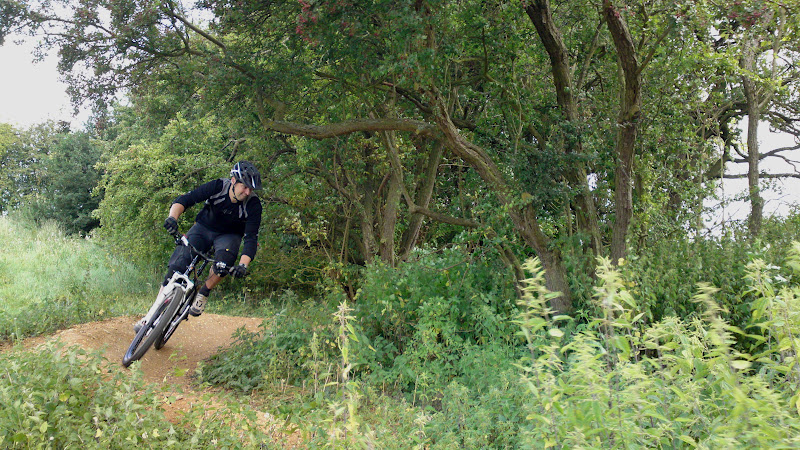 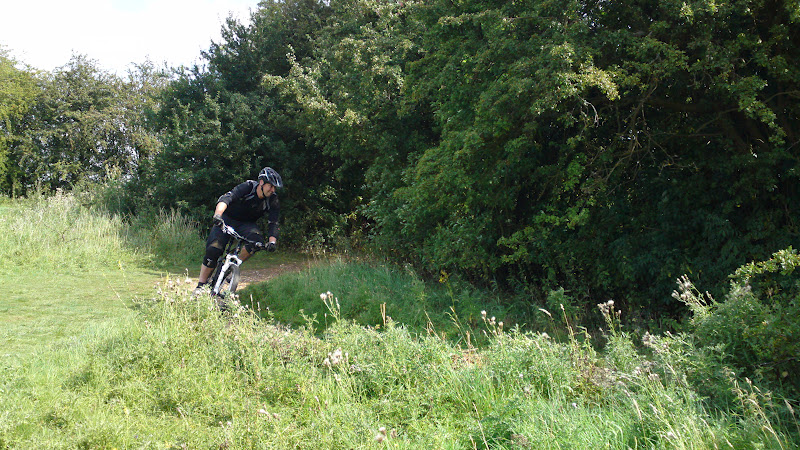 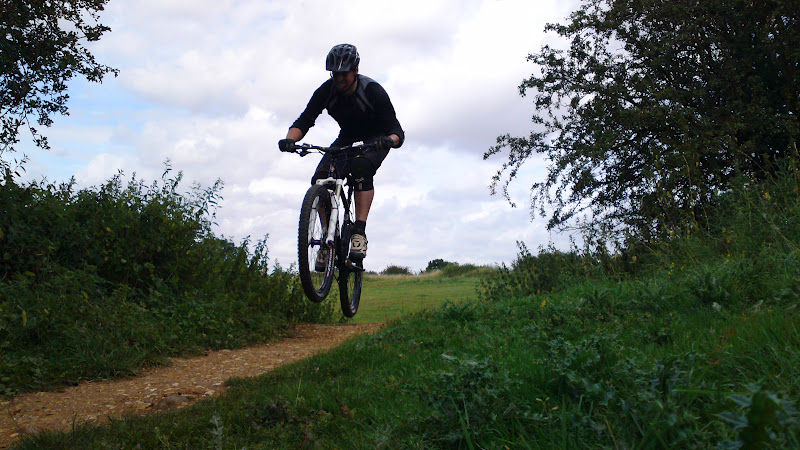 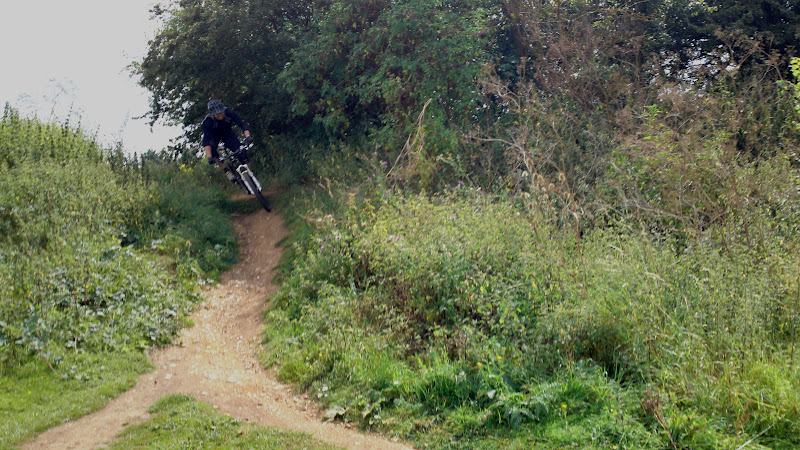 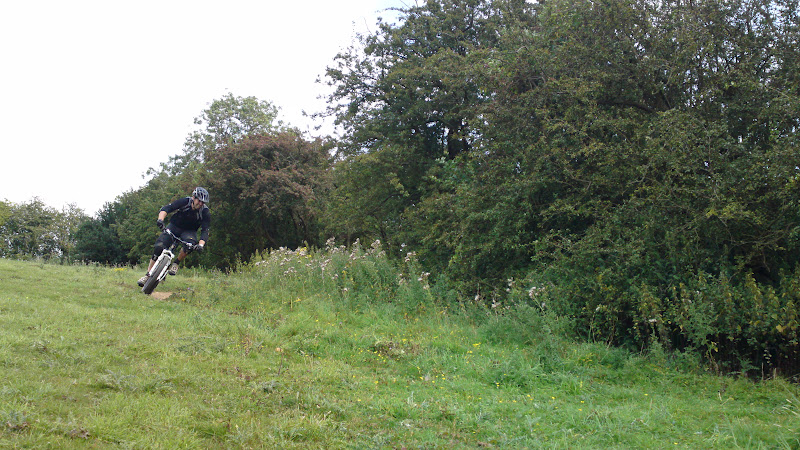 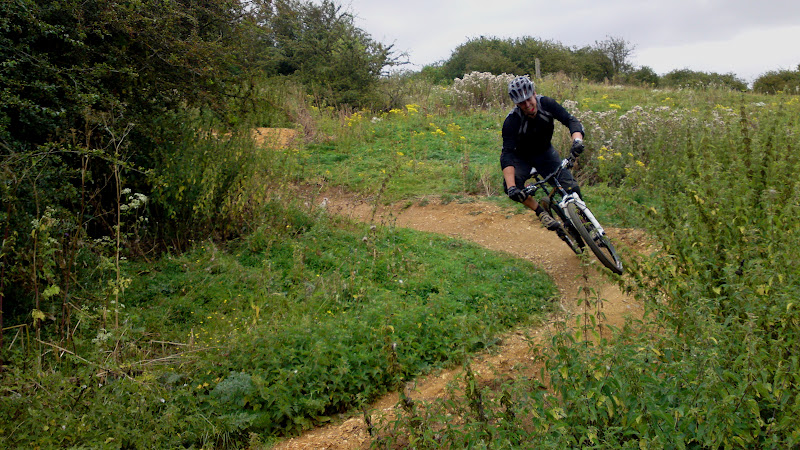 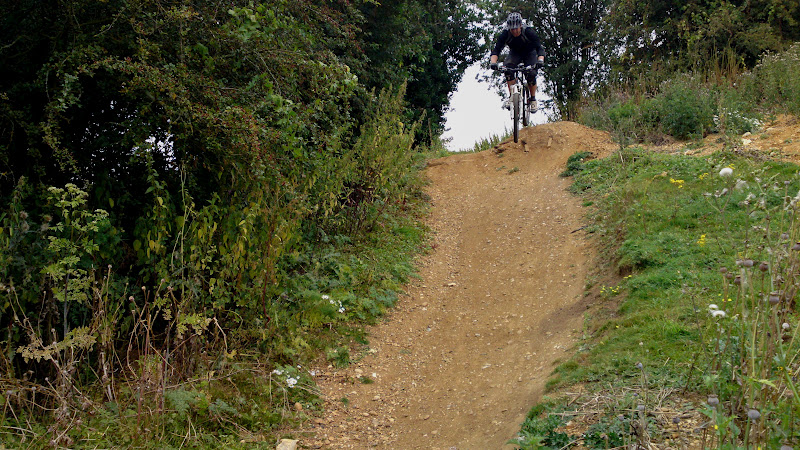 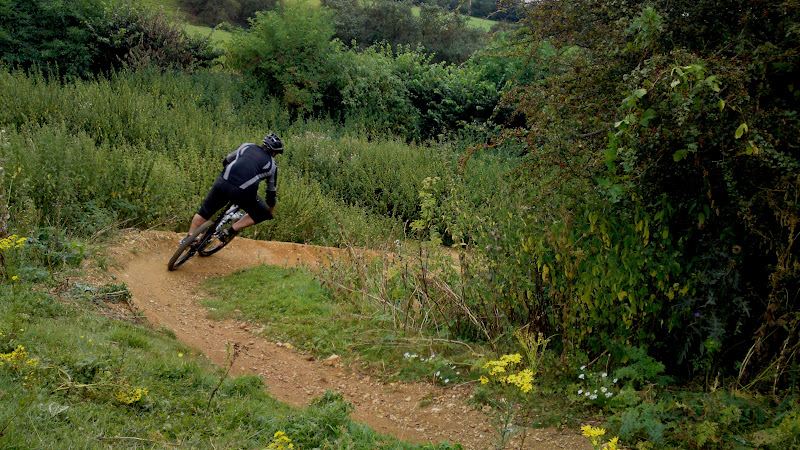 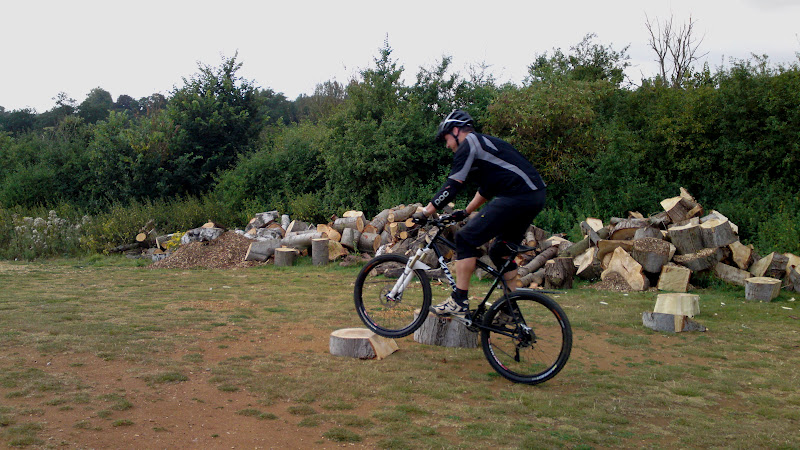 Nigel turned up as arranged and over a coffee, we chatted of his past experiences and aspirations for today. I began as ever, with my skills check and found he had 50% footwork and also needed work on his looking and body positioning. I made a set up change and showed Nigel why before I did it and then we went to apply the mental and physical skills to the 1st technique, Drops.
It took no time at all for Nige to land perfectly and he soon rode all 3 drops at varying speeds to so as to build up his experience. I then moved away to a cornering excersise to enhance his body positioning in corners before finally getting to the trail itself.
Pumping, steps, rock gardens, fly out jumps and drops were linked to flat, bermed, off camber and switchback turns.We had a couple of breaks during this time to help the mental process and before long Nigel was riding the entire trail end to end. Errors were now being self diagnosed and I worked hard on line choice and braking control when linking drops and corners. Over 4 hours had passed and we moved onto what would be our final technique, the disconnected bunny hop. Using 2 different sized logs, I demonstrated as always the technique and the simplicity of it to Nige and he followed suit. At first his timing was out but soon he was timing the technique perfectly.
Our session ended soon after and I know I’ll be hearing of his riding exploits in the near future.
Great session Nigel.
High5!