Nirvana for Simon and friends

I’ve coached Simon the owner of nirvanacycles.com previously. The events of the past year saw a lack of confidence creep into his riding so he wanted to restore this and rang  me for a session.  Grant, Andy and Dan wanted to join him for the session and today was the day. During the skills check I found that Simon and Grant favoured one side in corners and both lacked looking during the other check and I needed to work on Andy and Dans footwork, looking and body positioning. Andy was suffering mentally from a recent crash but I worked on their mental skills together. They applied their skills sets to the drop technique before the skills trail. On to the skills trail and we worked hard on cornering and linking sections of the trail together using control areas and line choice. Soon they were riding the entire trail end to end and any areas were being self diagnosed. All fourteen sections of the trail were being linked together and they started to flow down the trail confidently and controlled. From there we moved onto another trail and worked on manuals, absorbing, jumping and pumping. I worked on choosing which technique suited which section and why. I worked on Andy’s confidence and position on his bike so he could gradually gain air time as he felt controlled. Dan, Simon and Grant really got to grips with it and we began linking the end berm and carrying speed with it. Andy linked three more sections into the trail collimating in a fifteen foot table top which he gradually popped into the air from and worked his way across. Simon, Grant and Dan took the gap option on the trail and linked the nine foot and twelve foot ladder jumps to the trail. Five hours after the session began, mentally I could see they were tired, they all agreed and our session came to a close. What an amazing session all round. Even Geoff Waugh the cycling photographer and Paul Lasenby, ex elite national champion stopped by to say hi to add a cherry to the top of an awesome day.High 5! 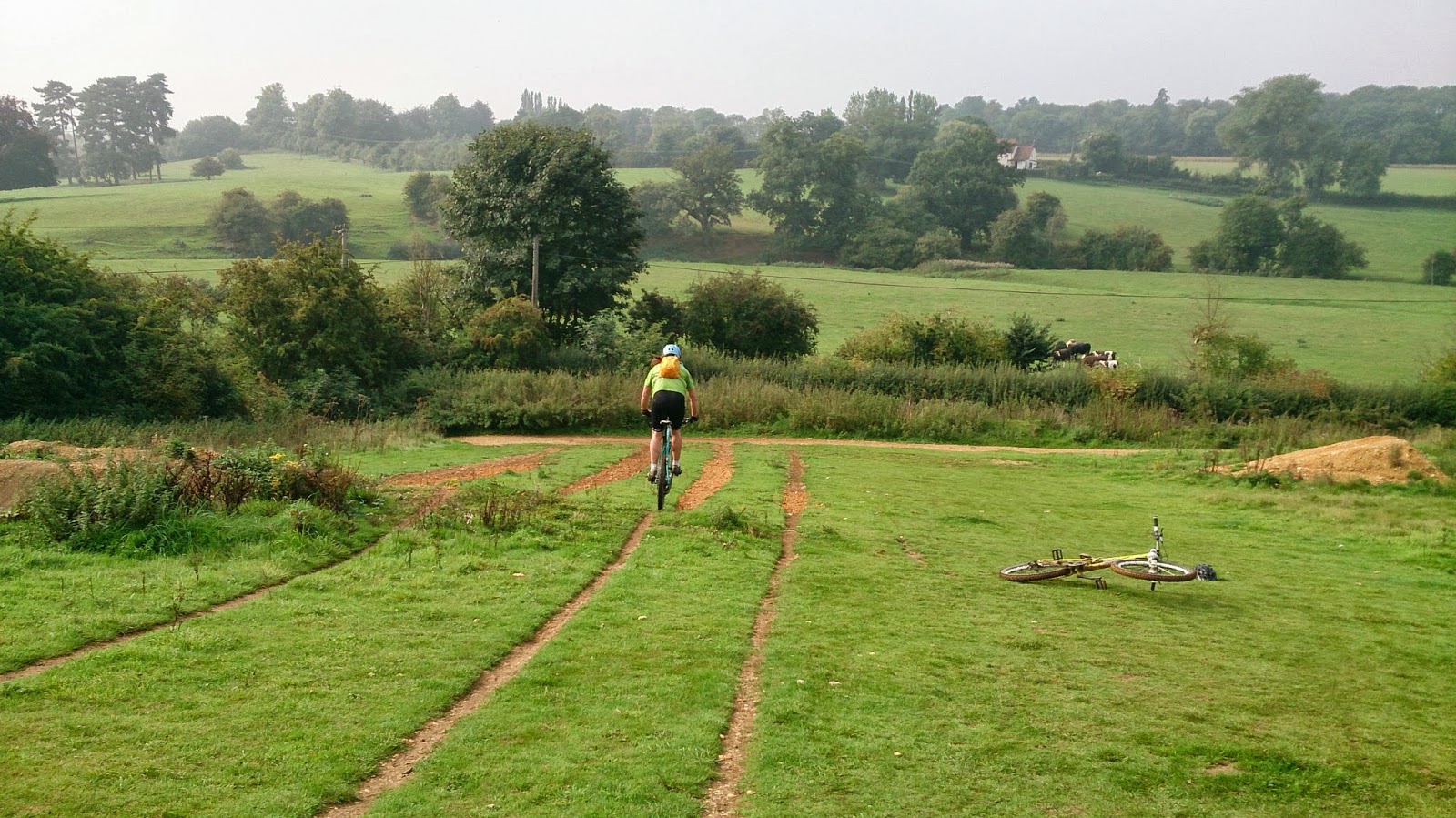 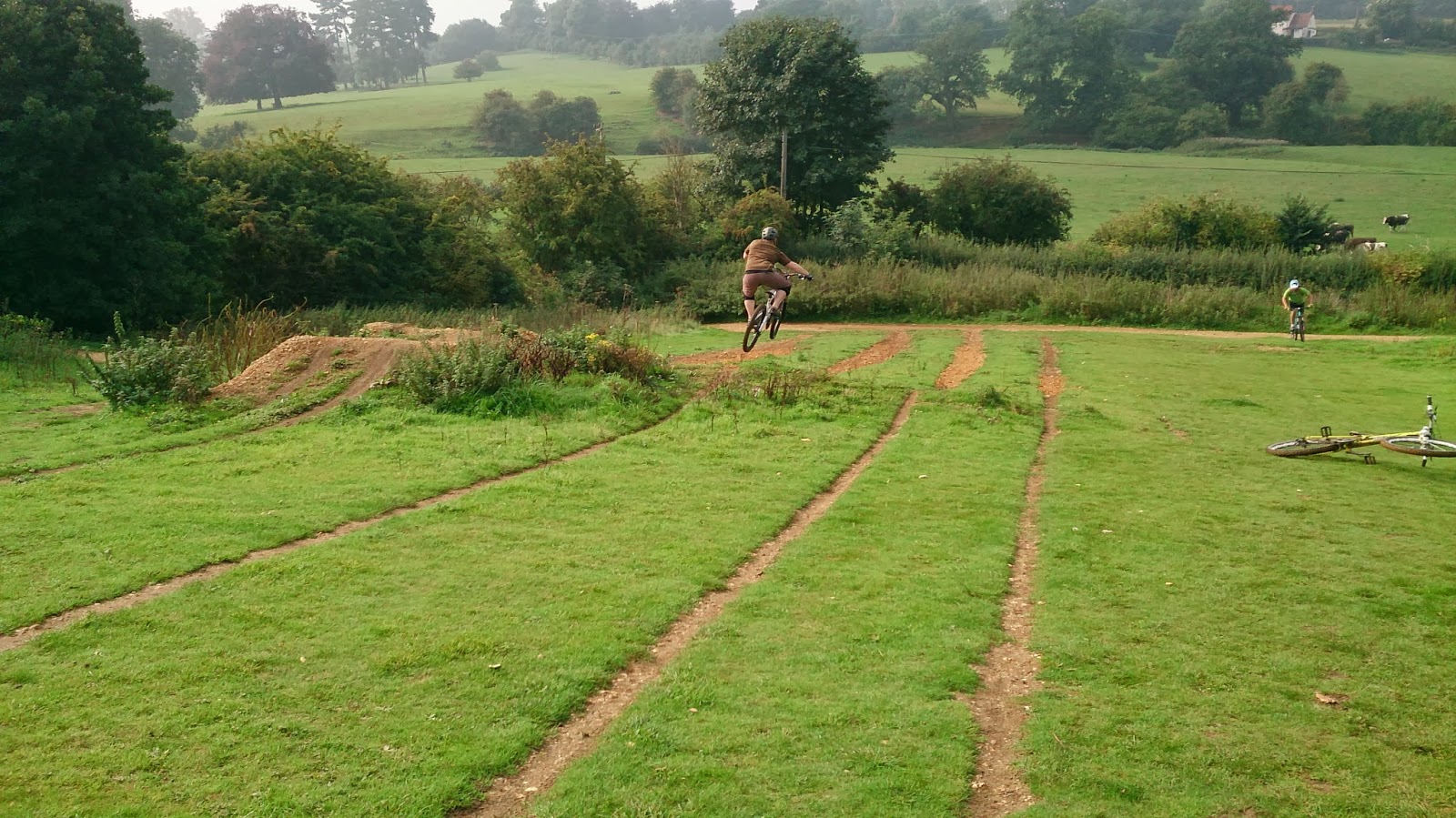 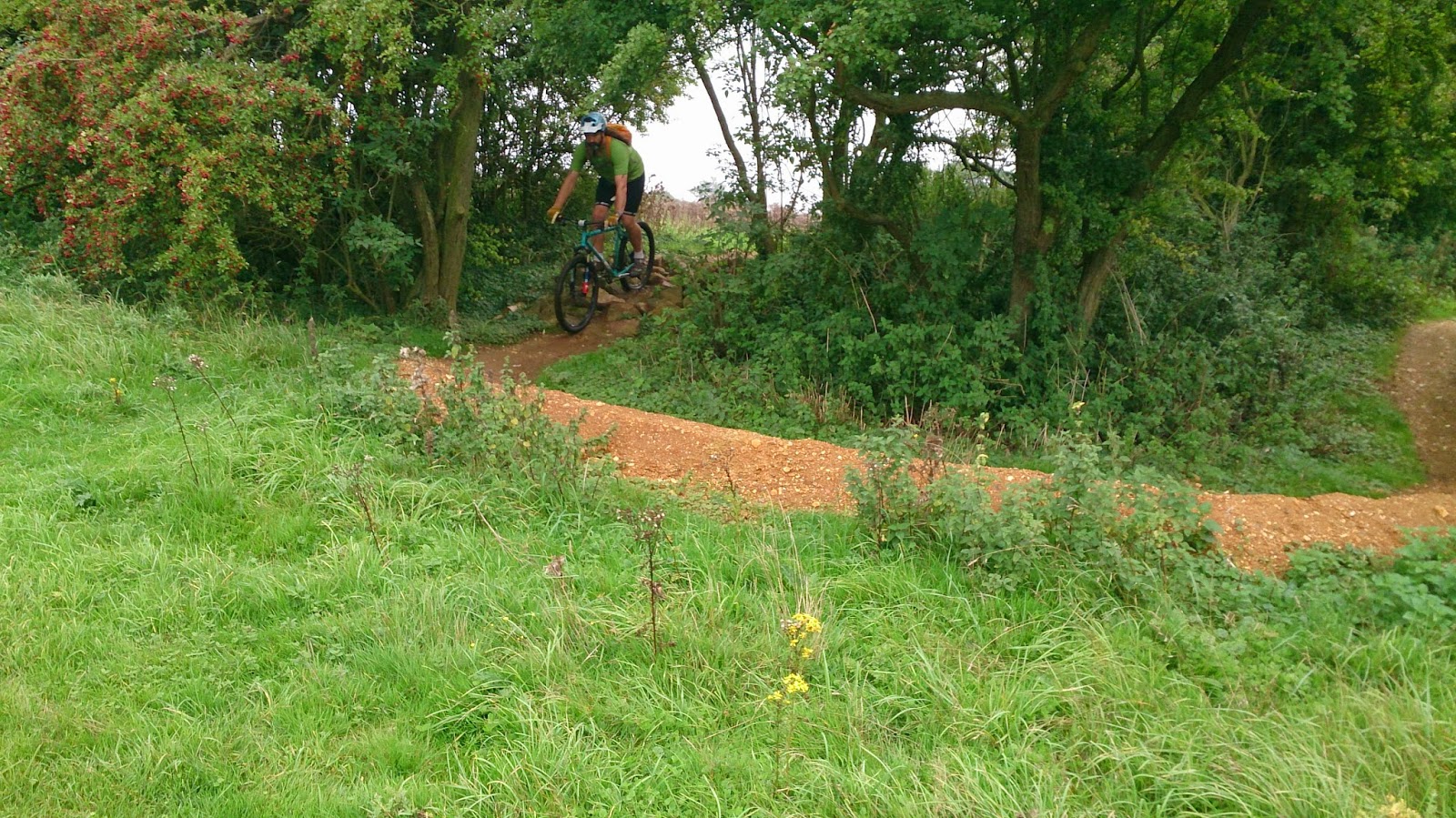 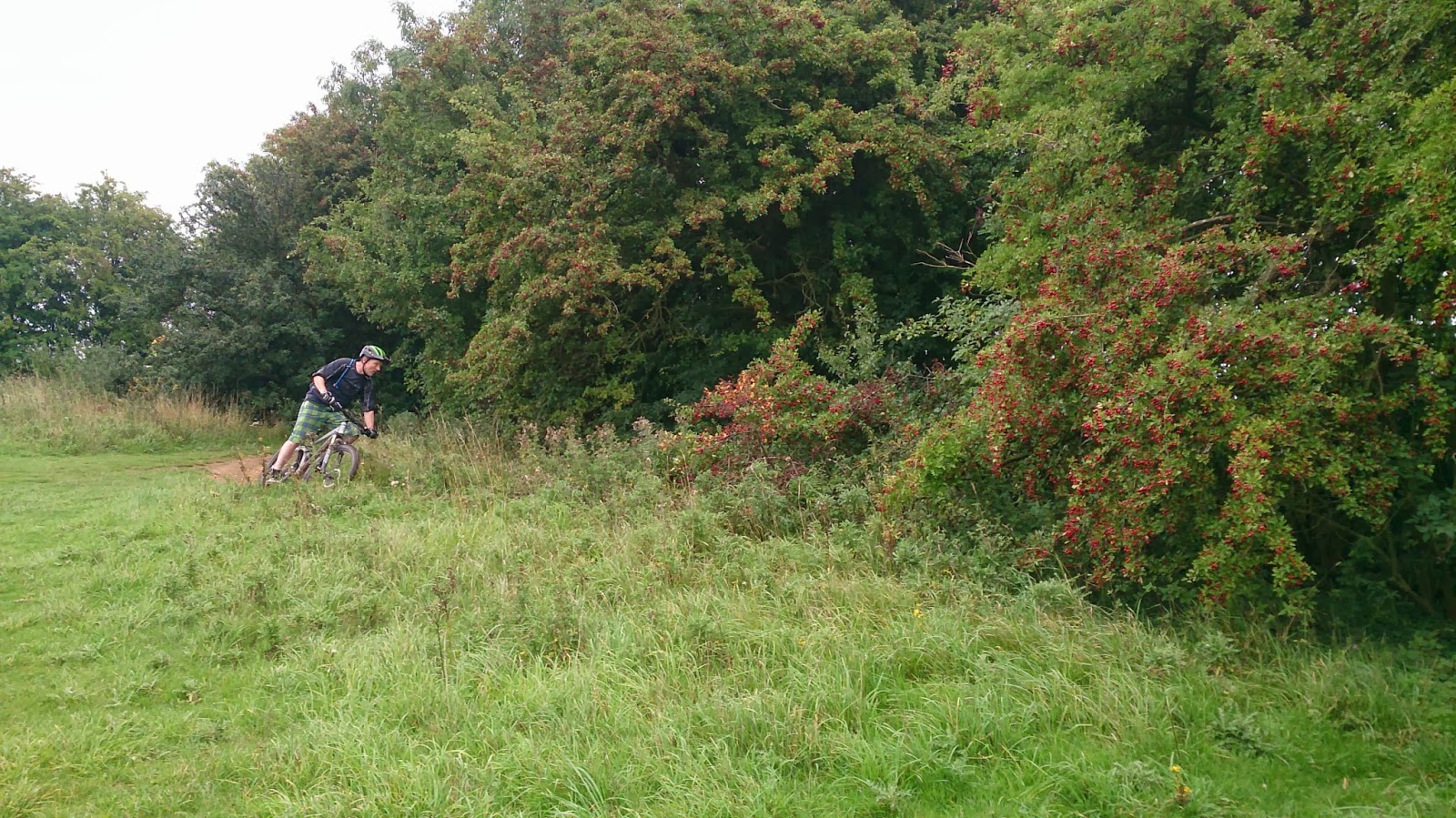 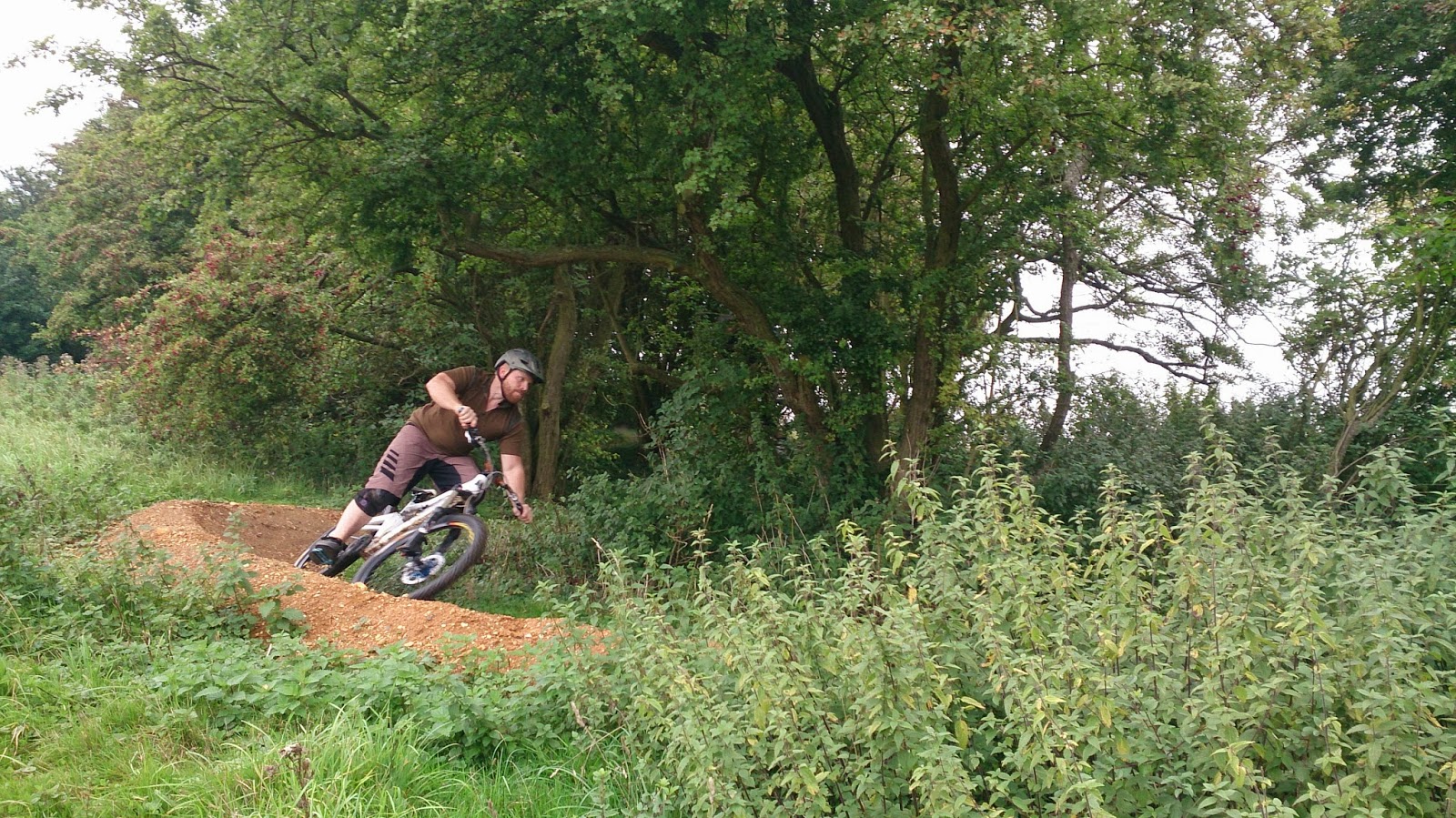 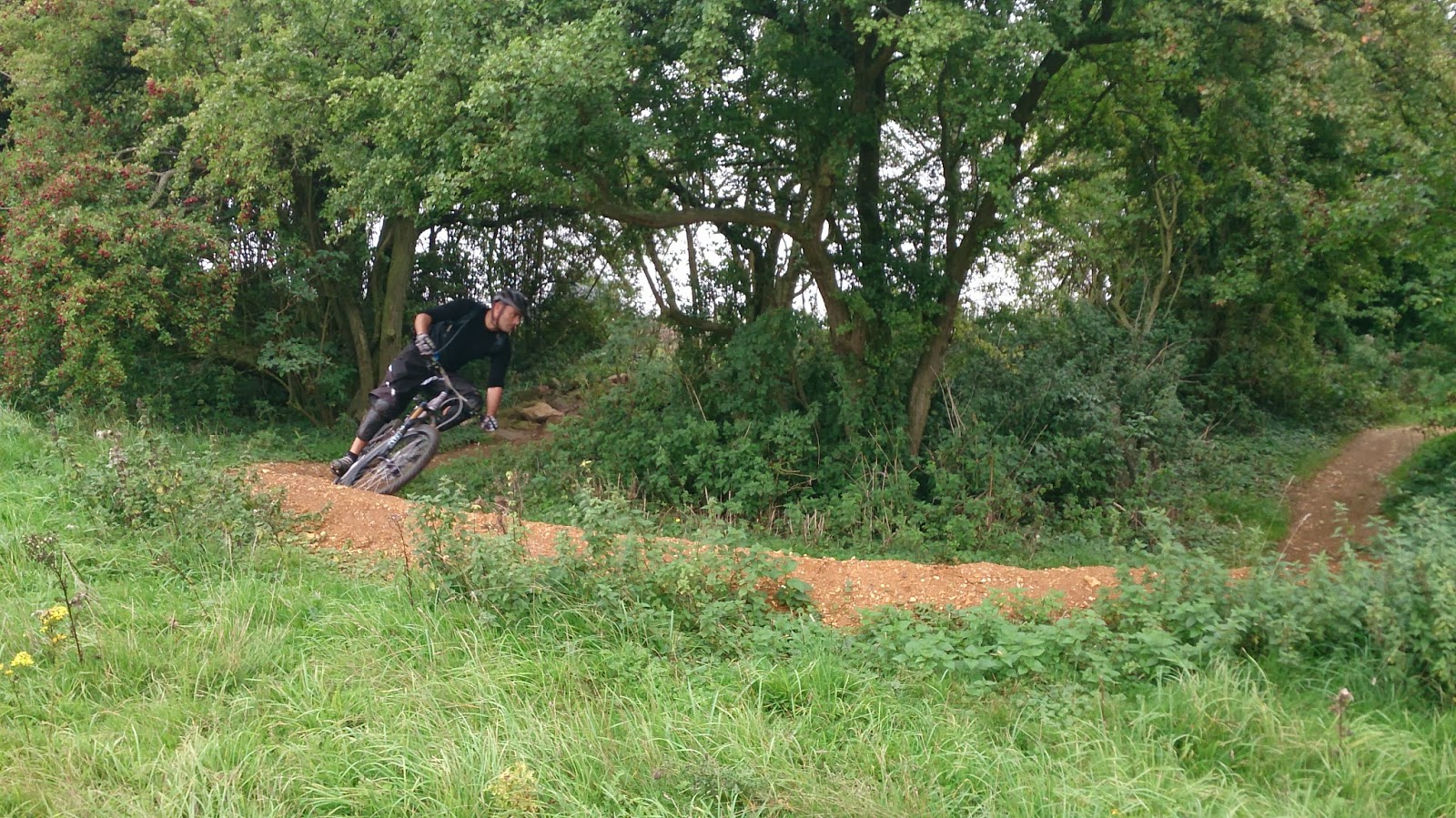 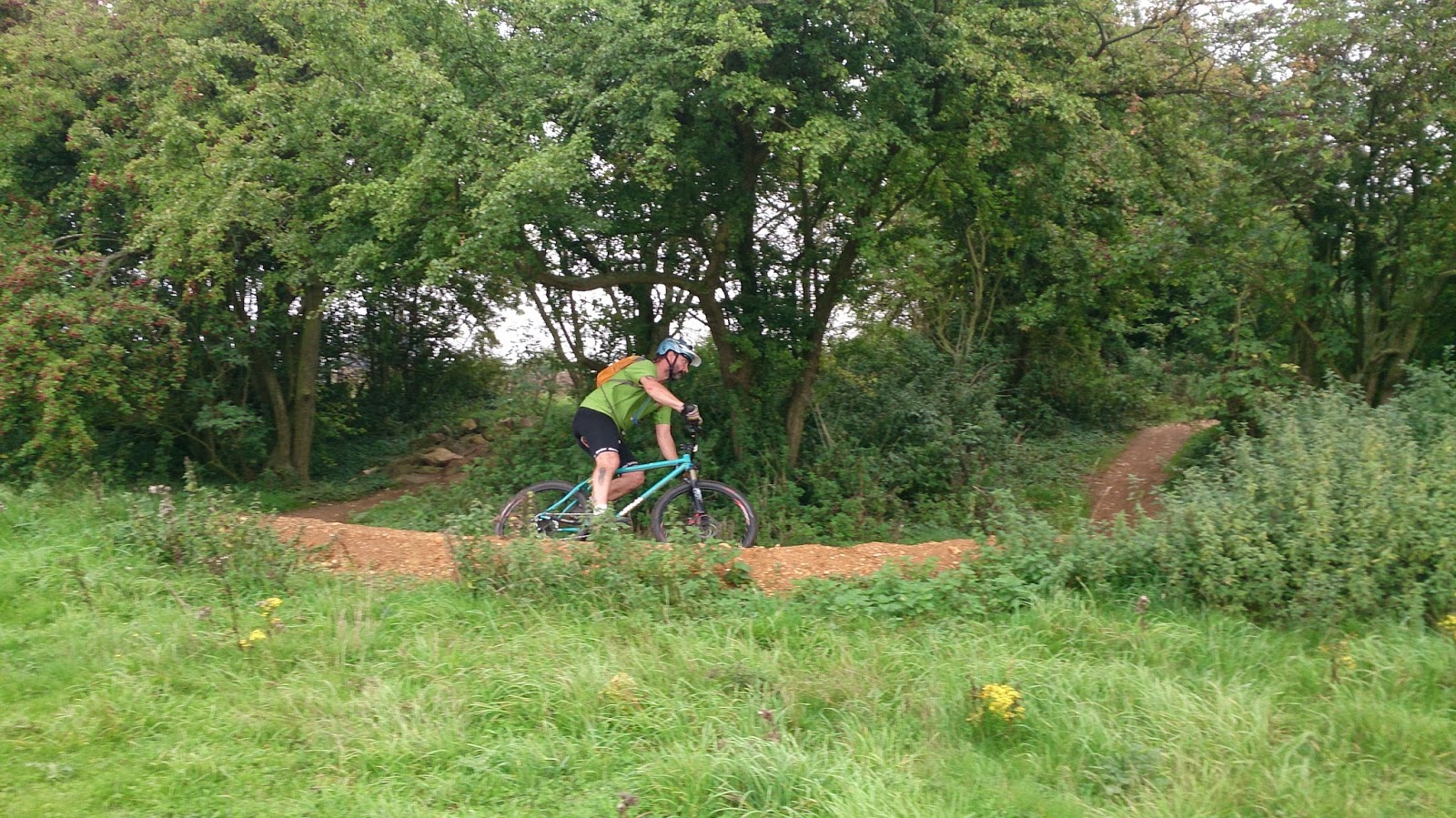 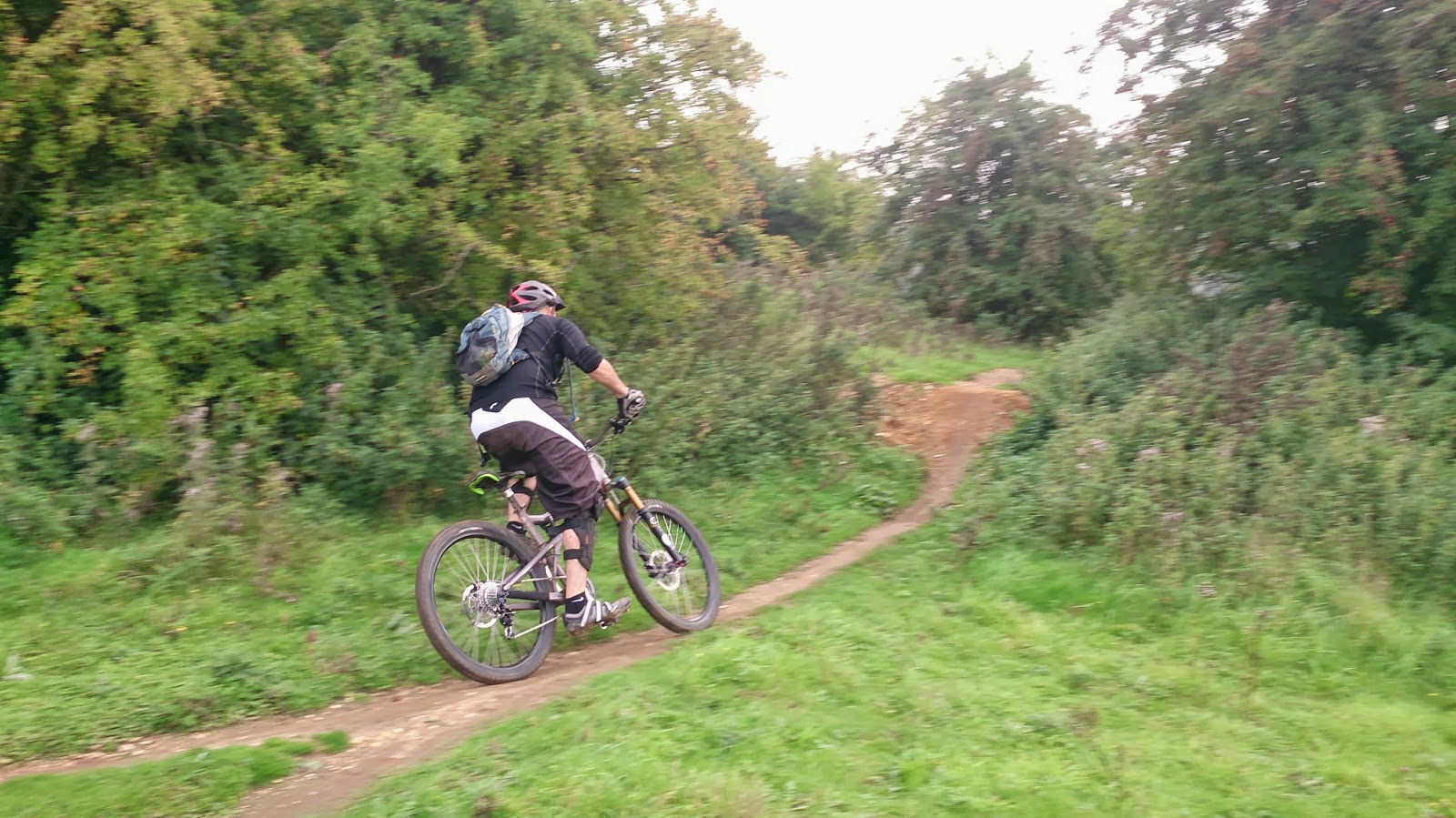 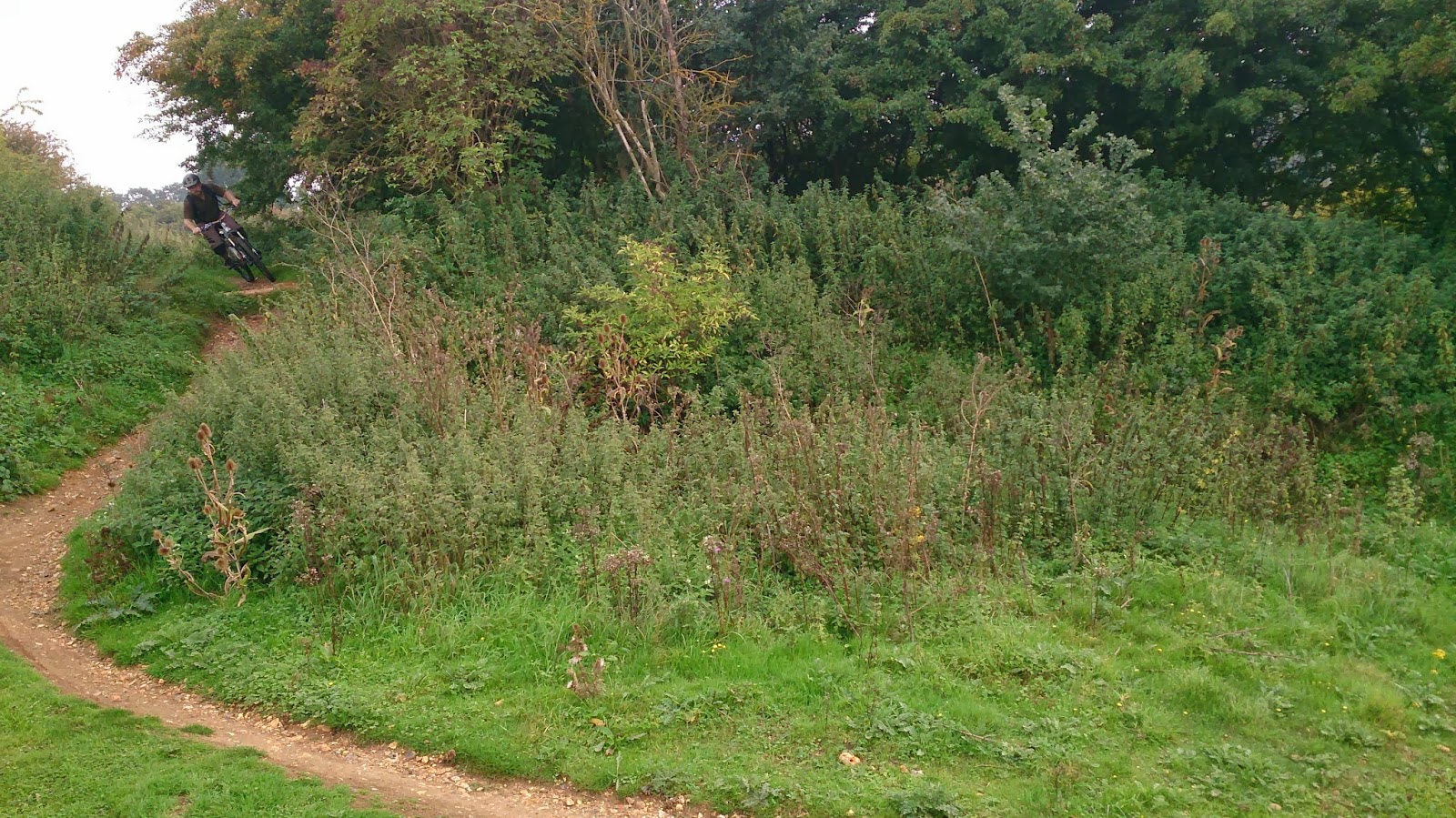 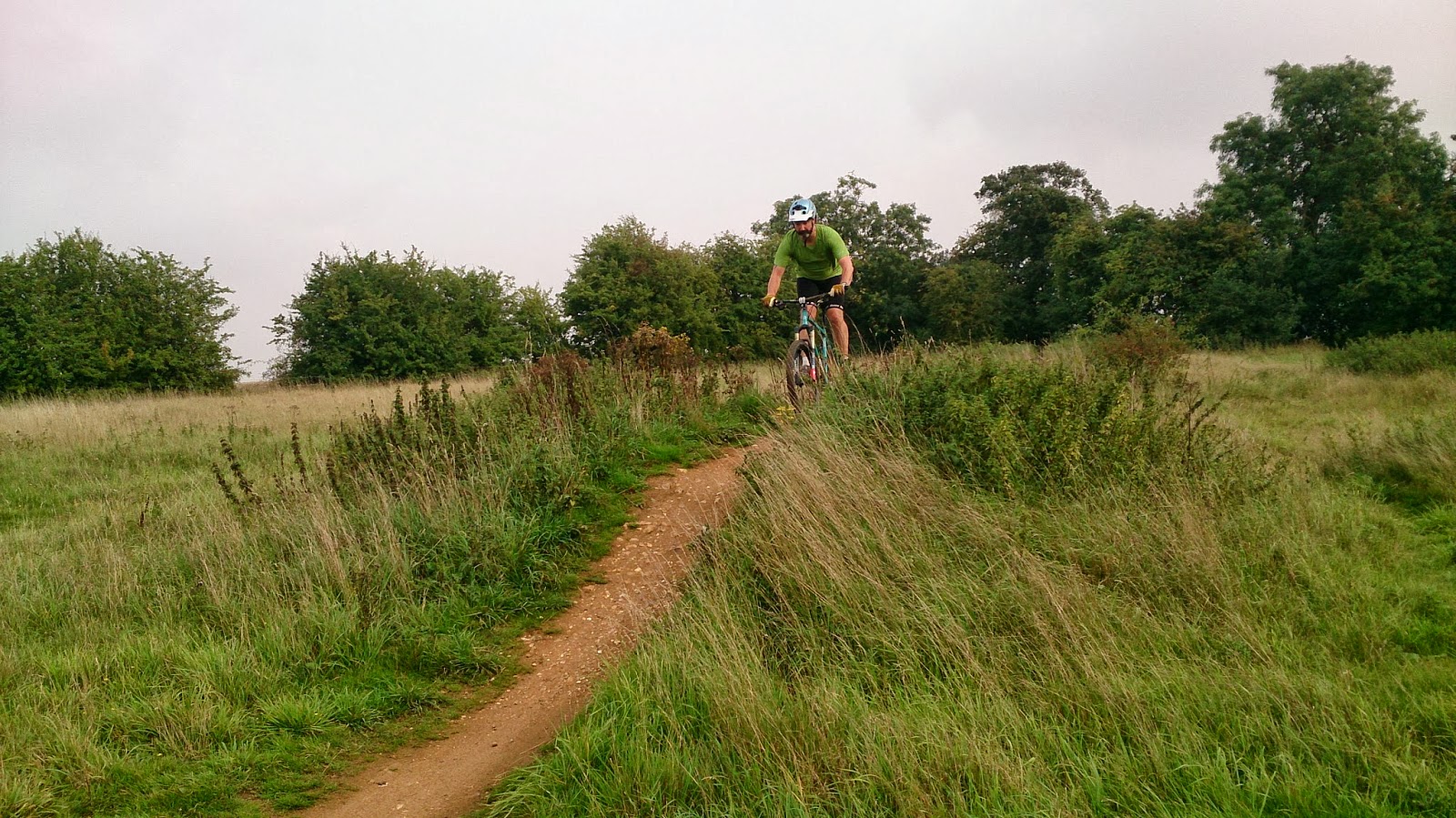 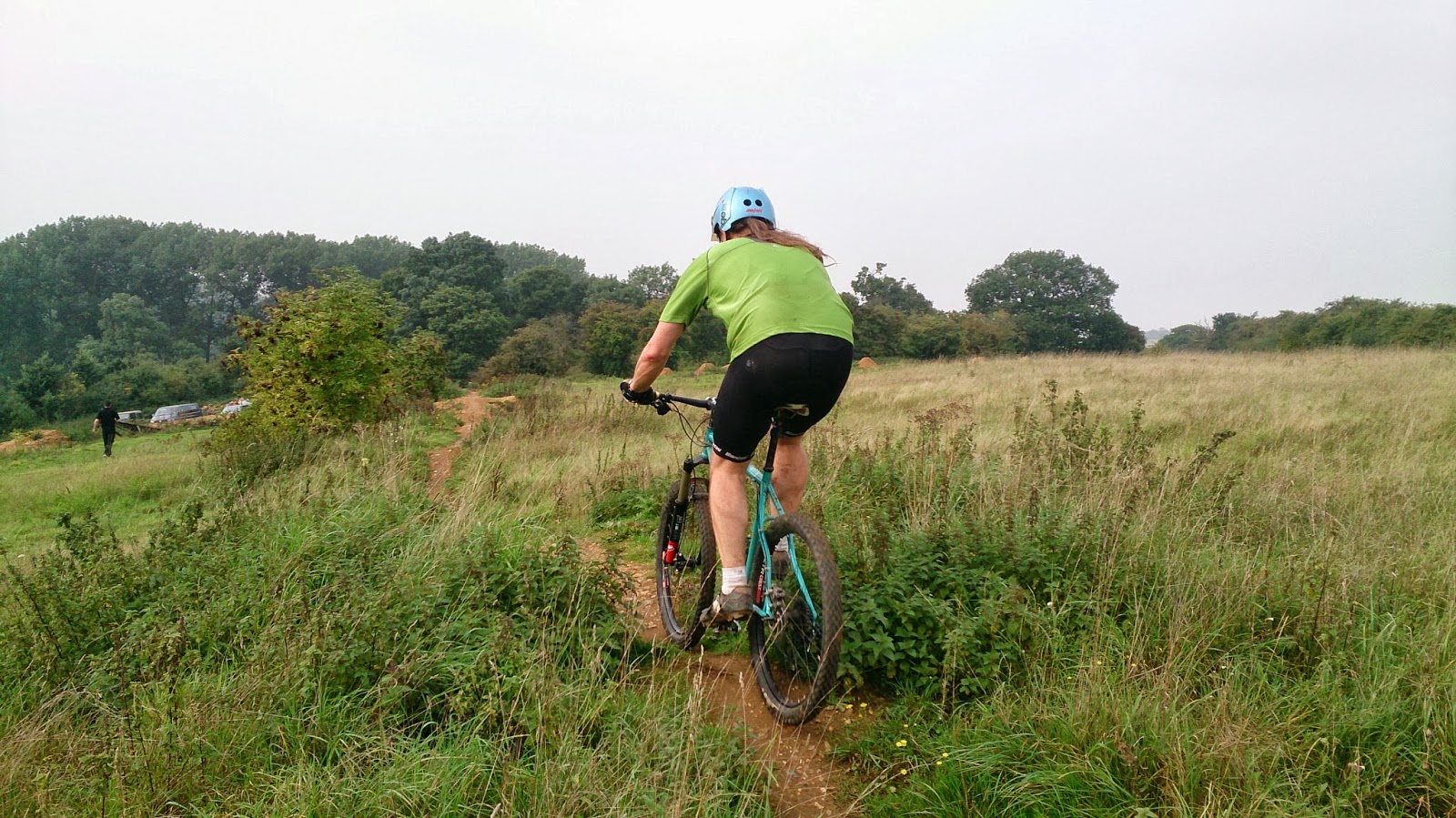 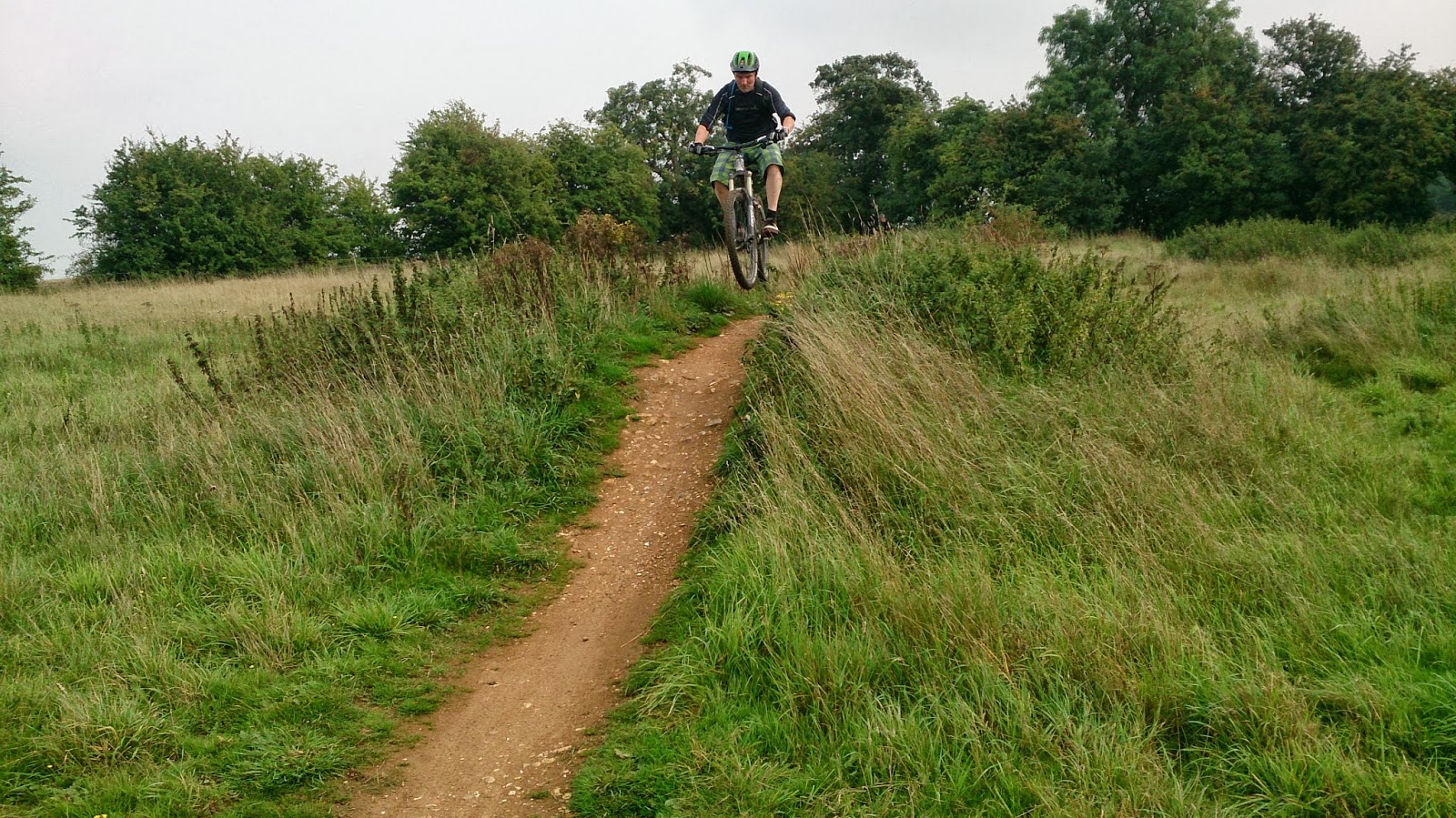 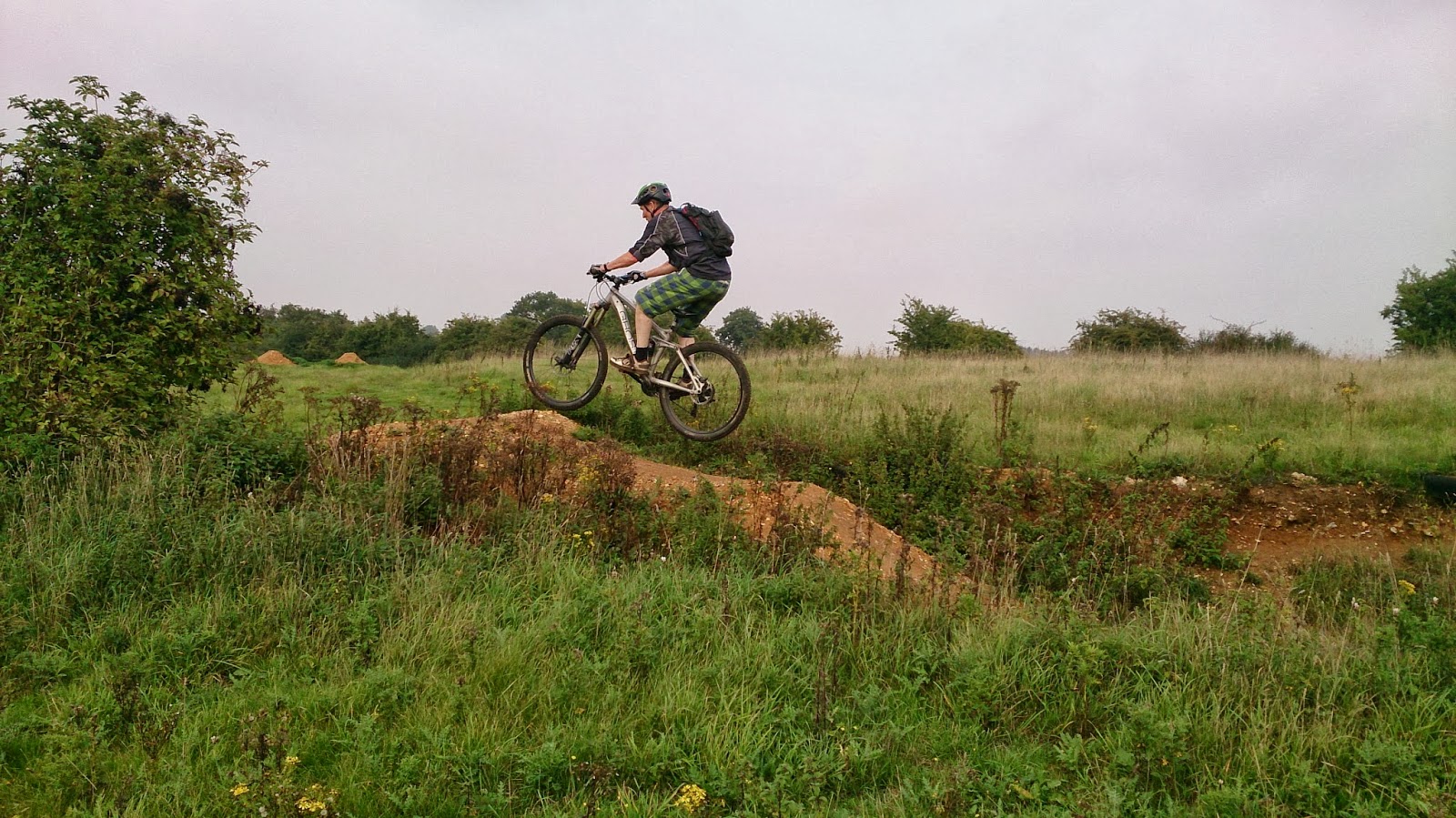 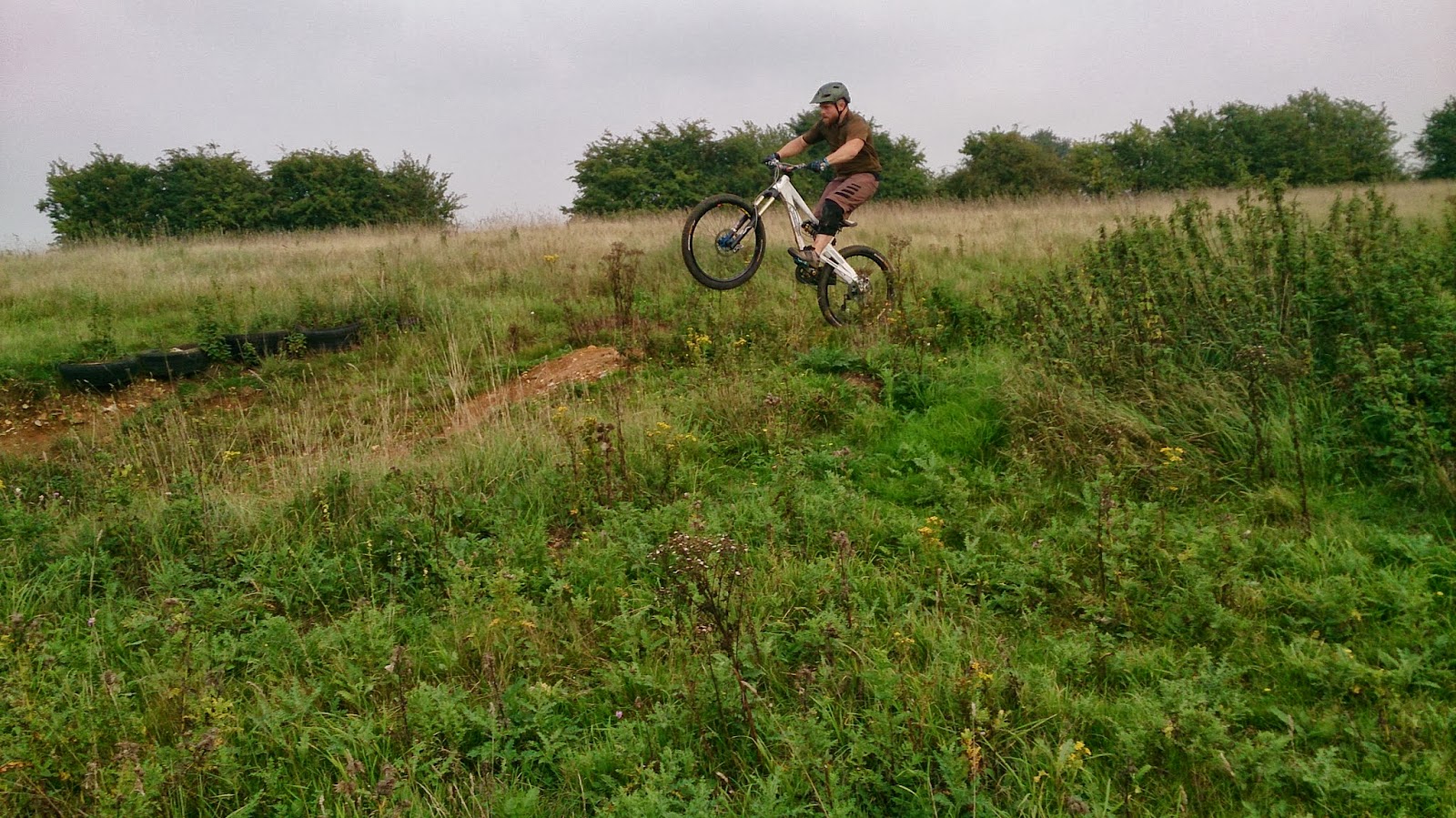 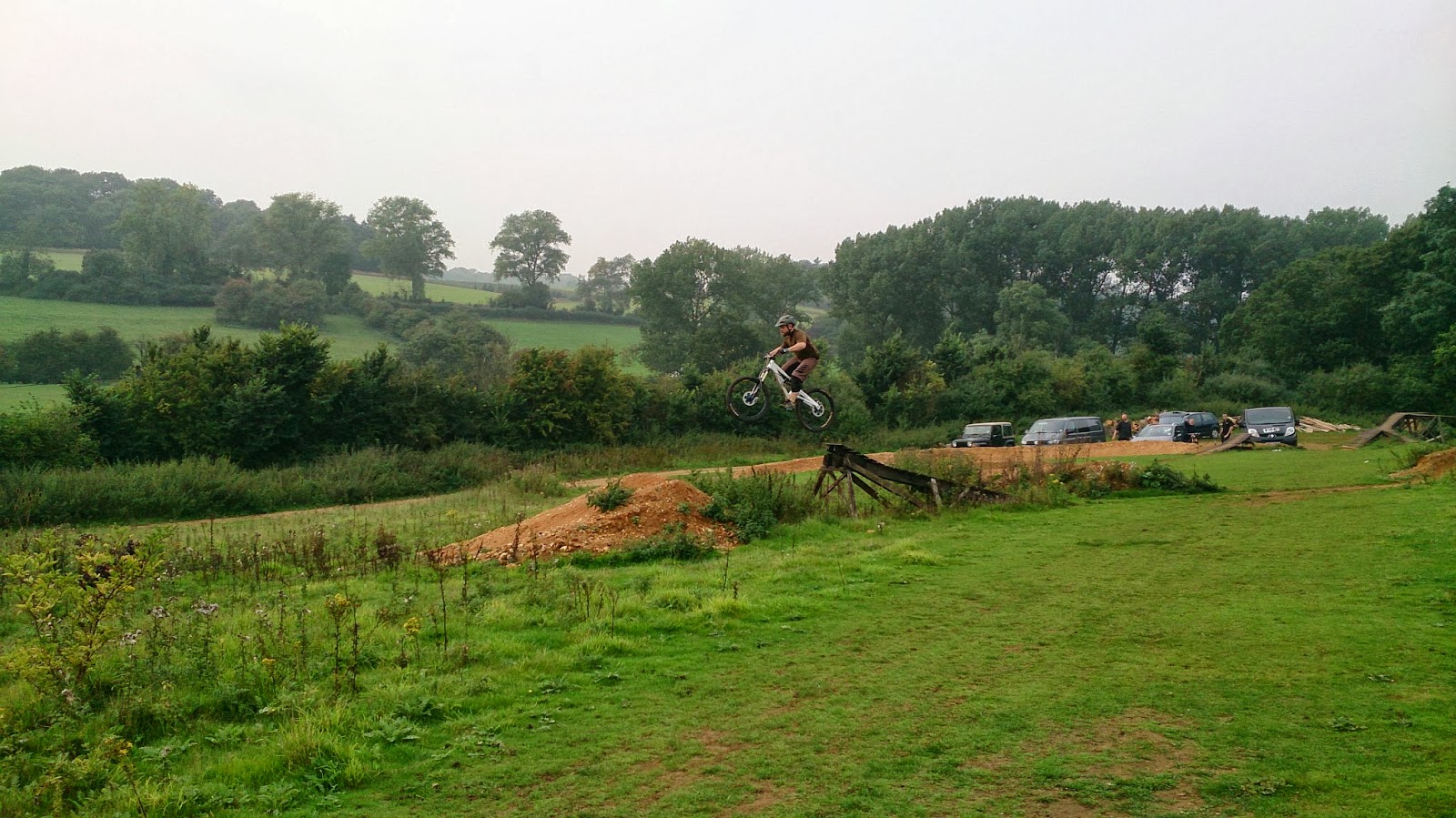 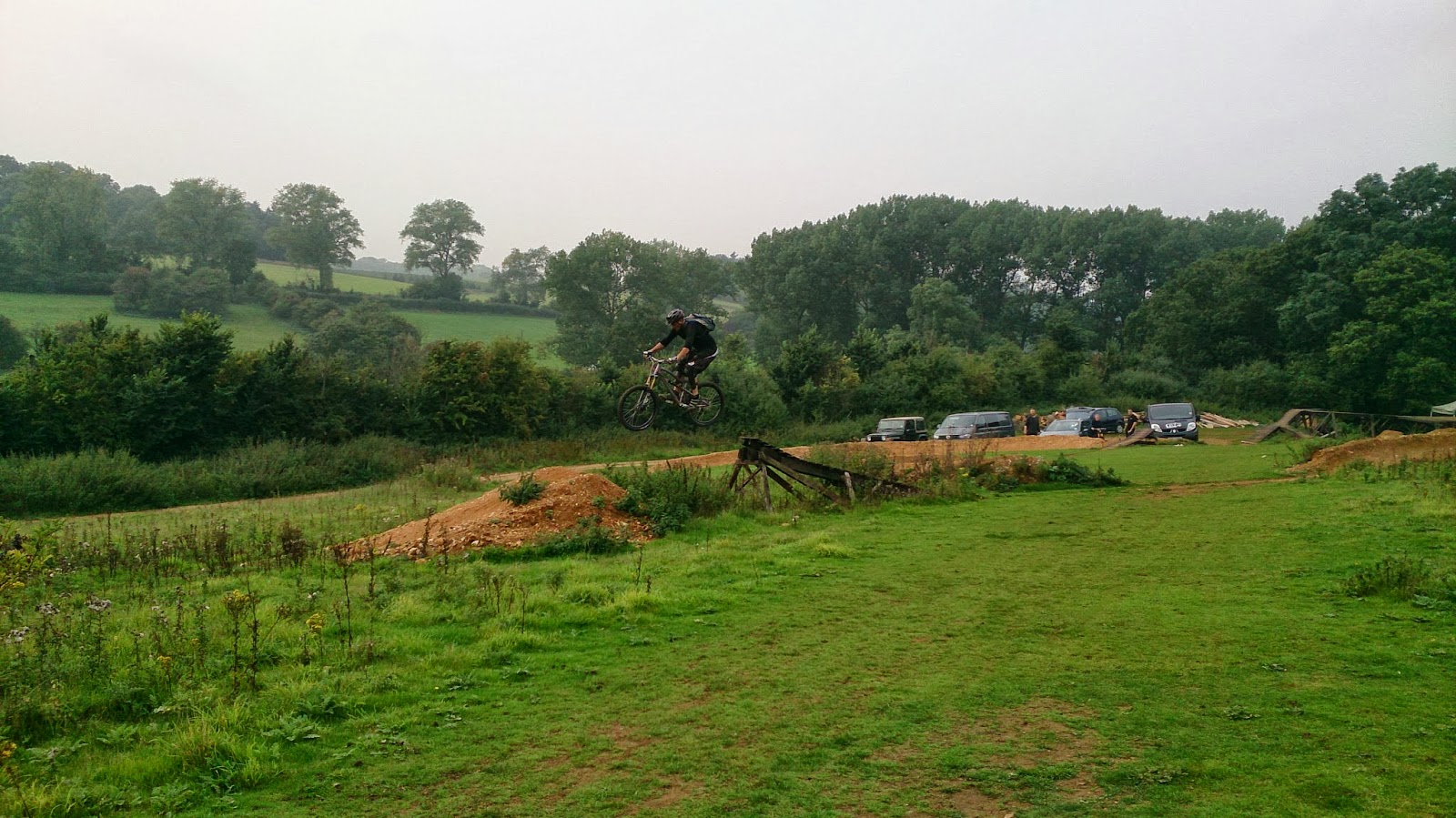 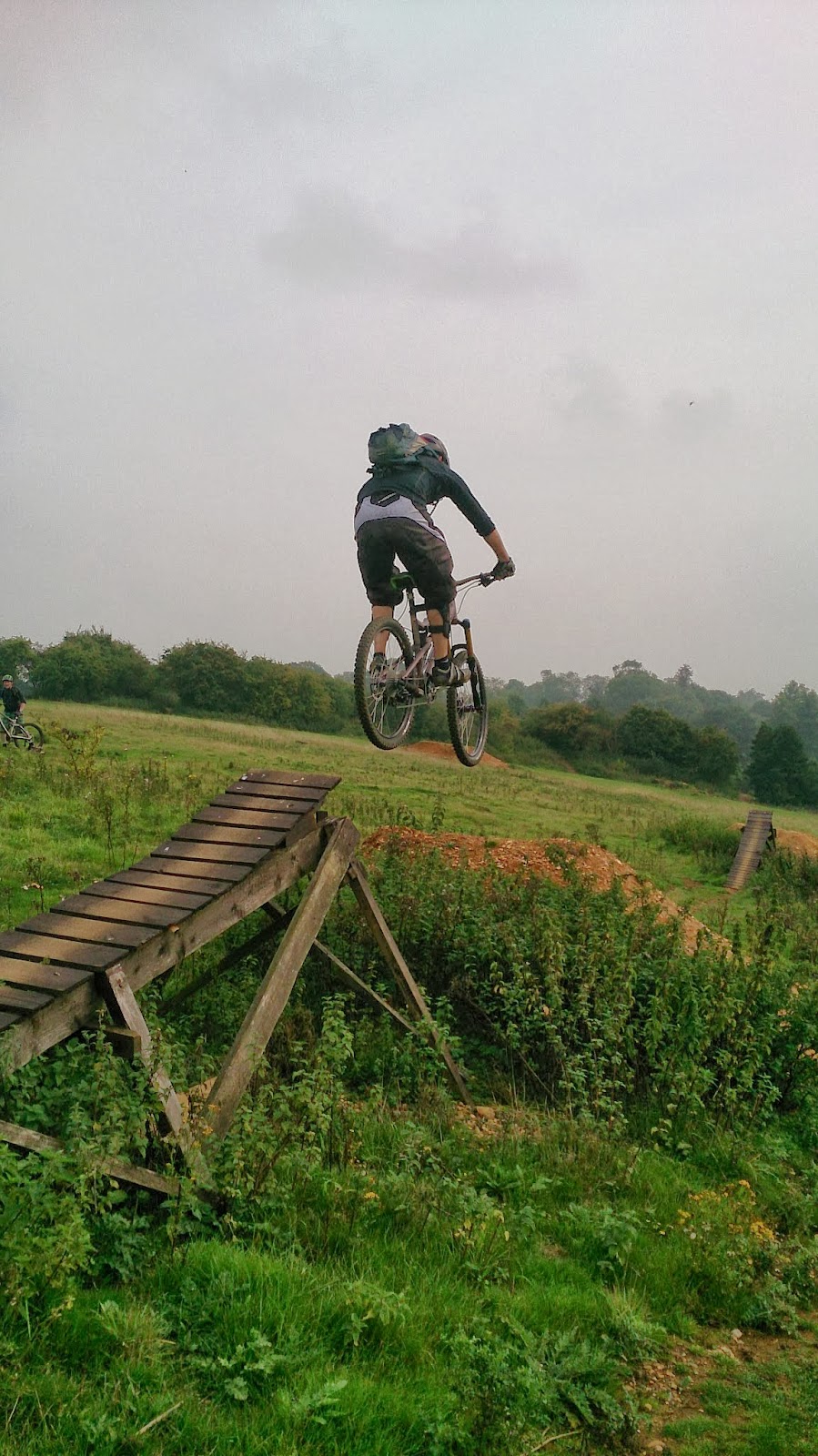 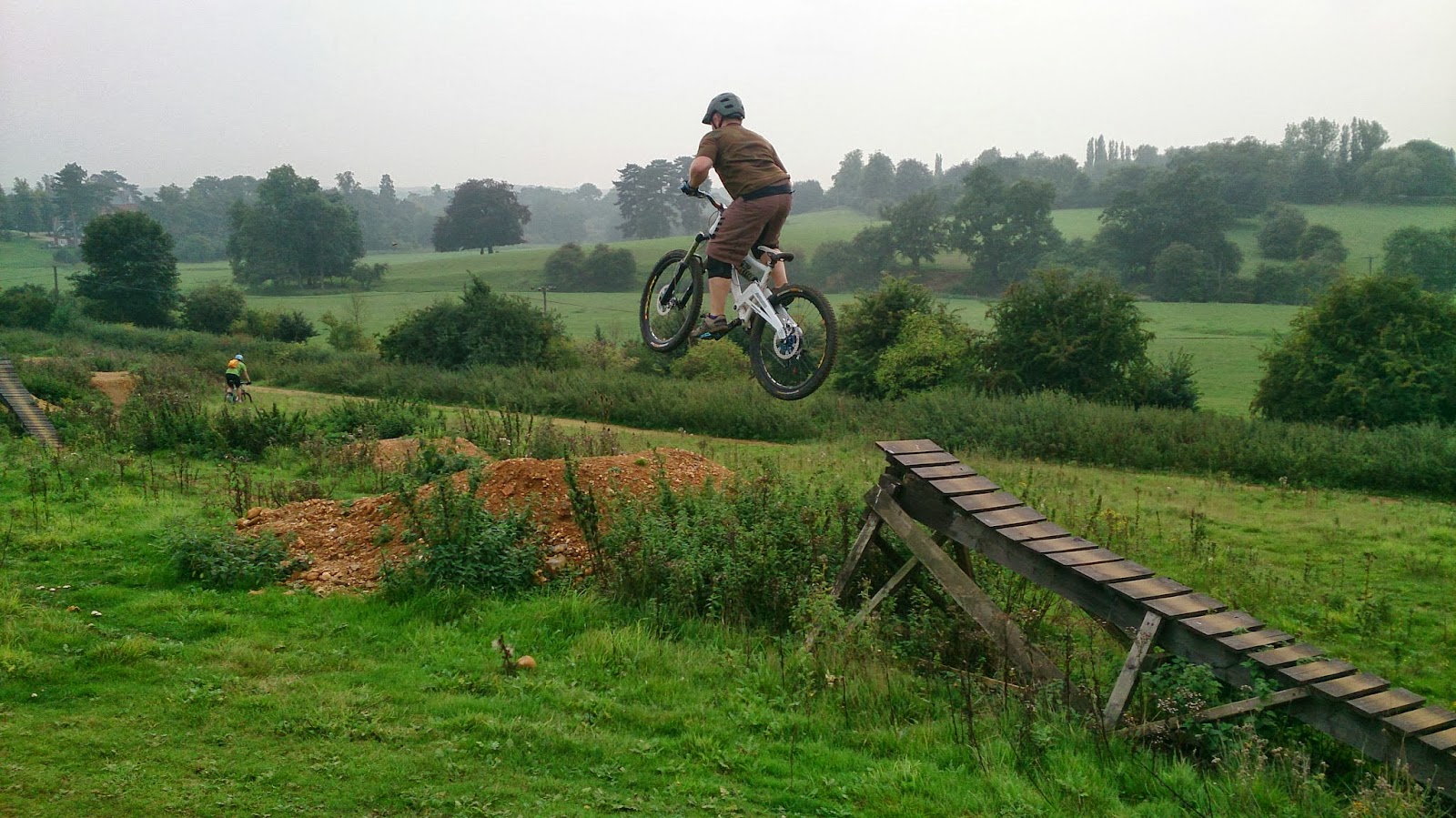 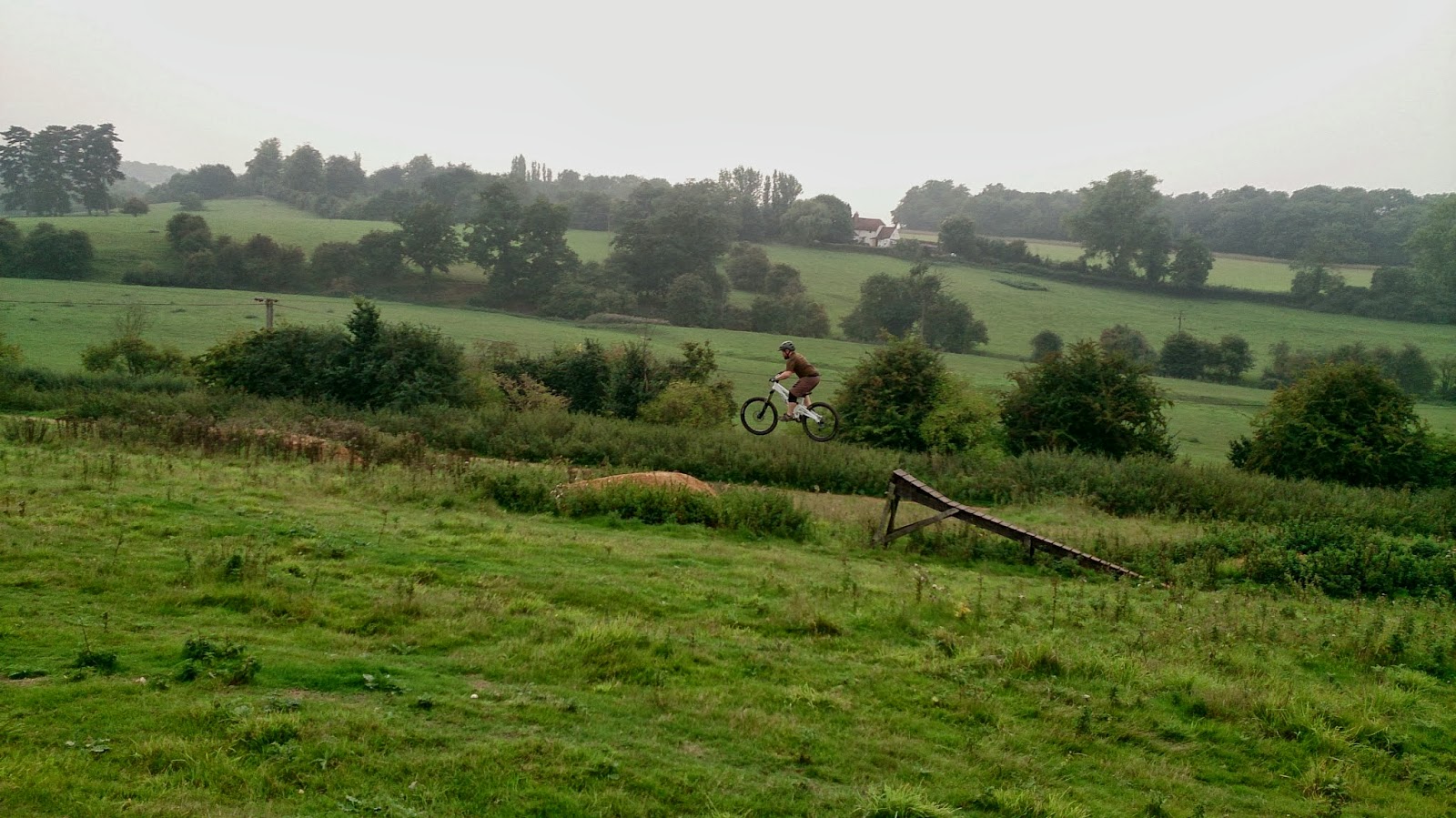 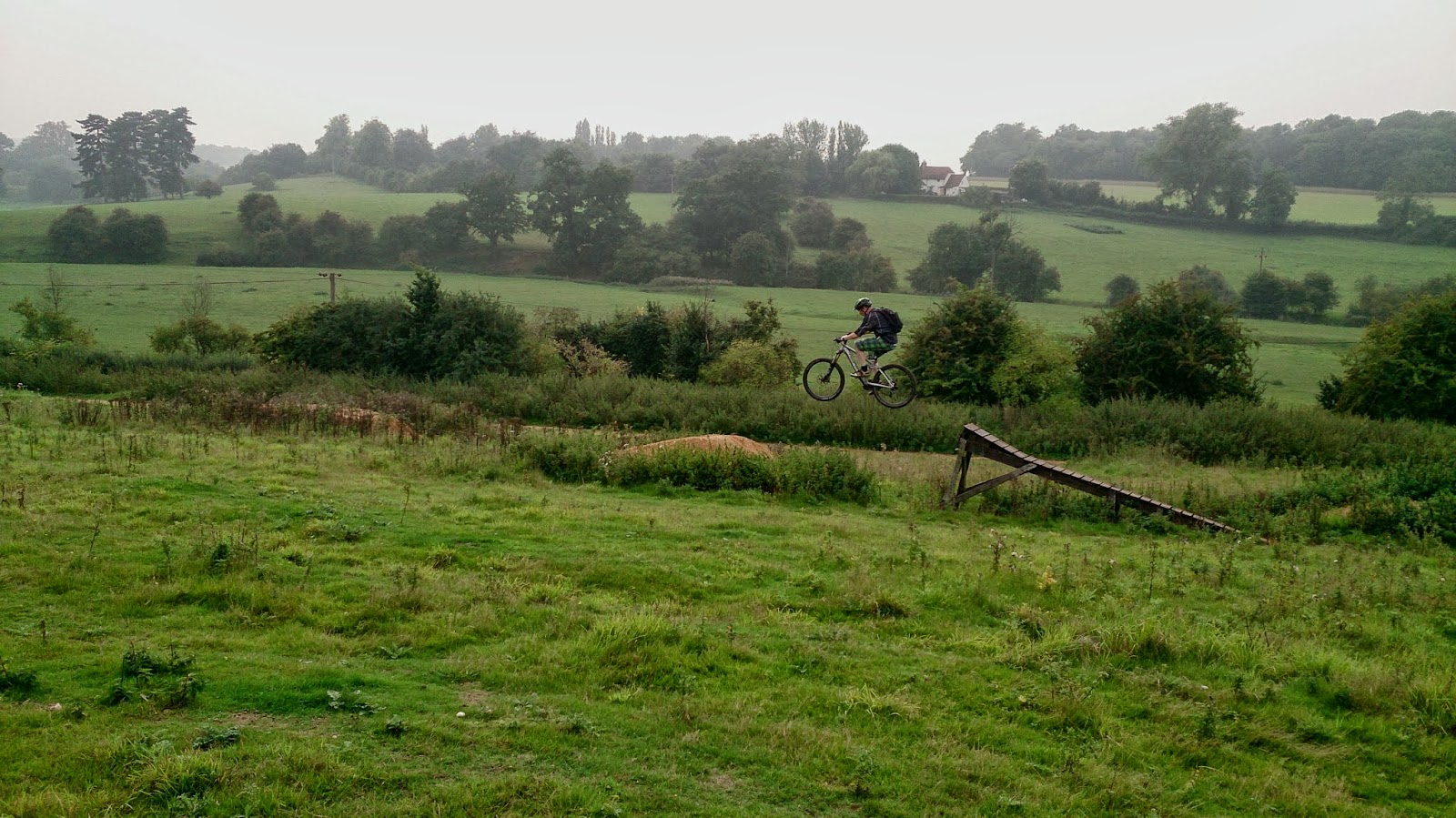 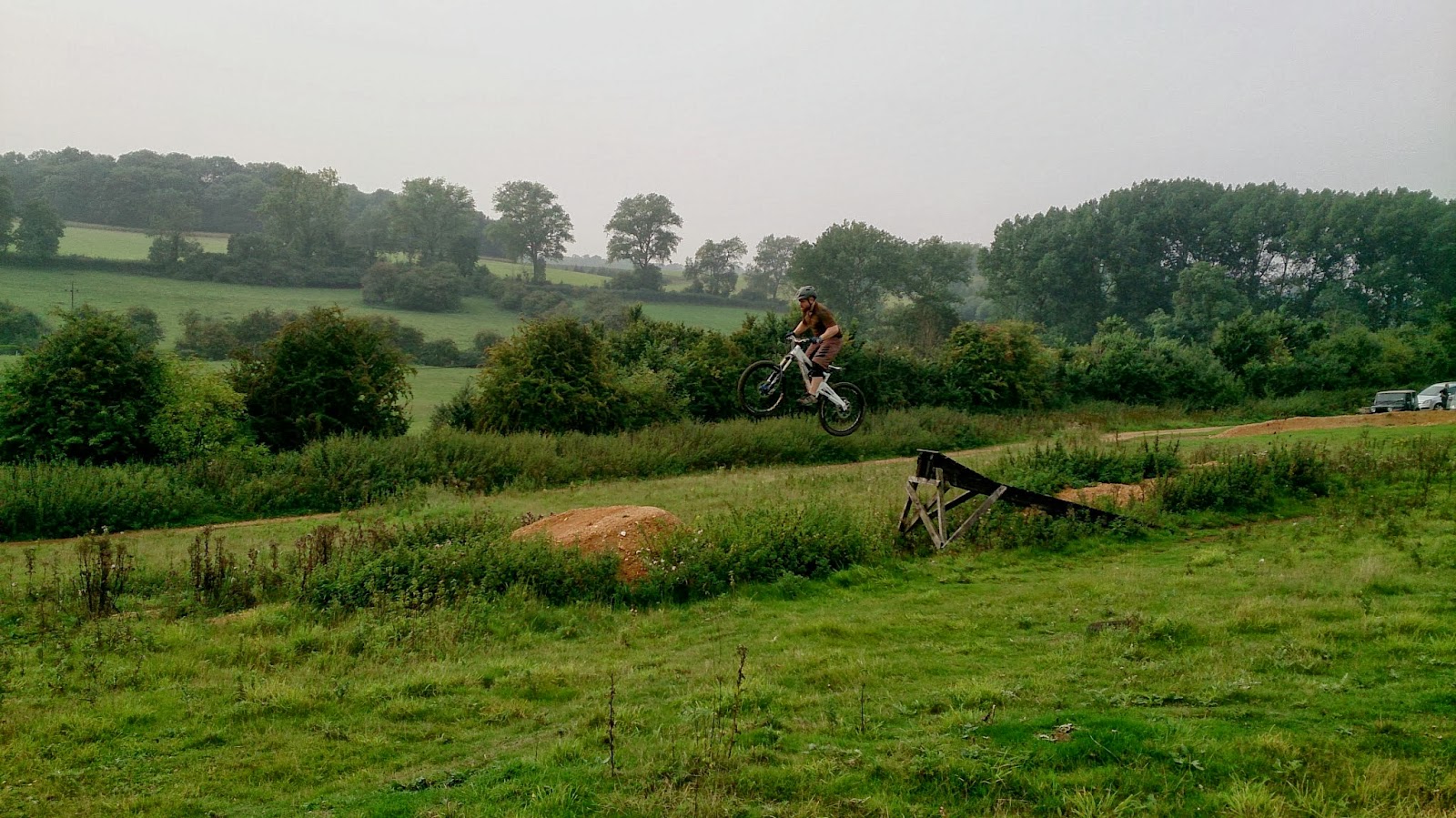 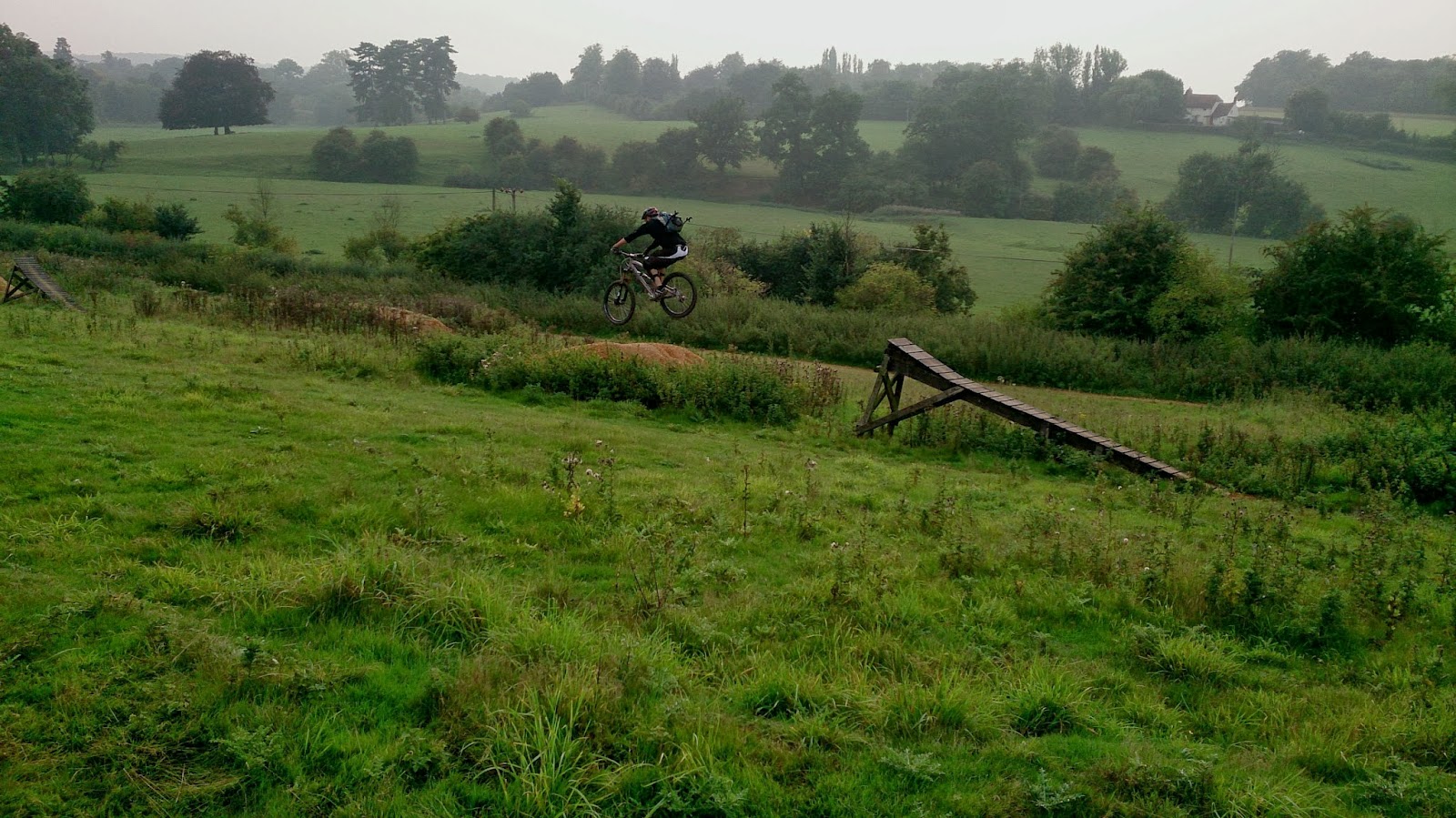 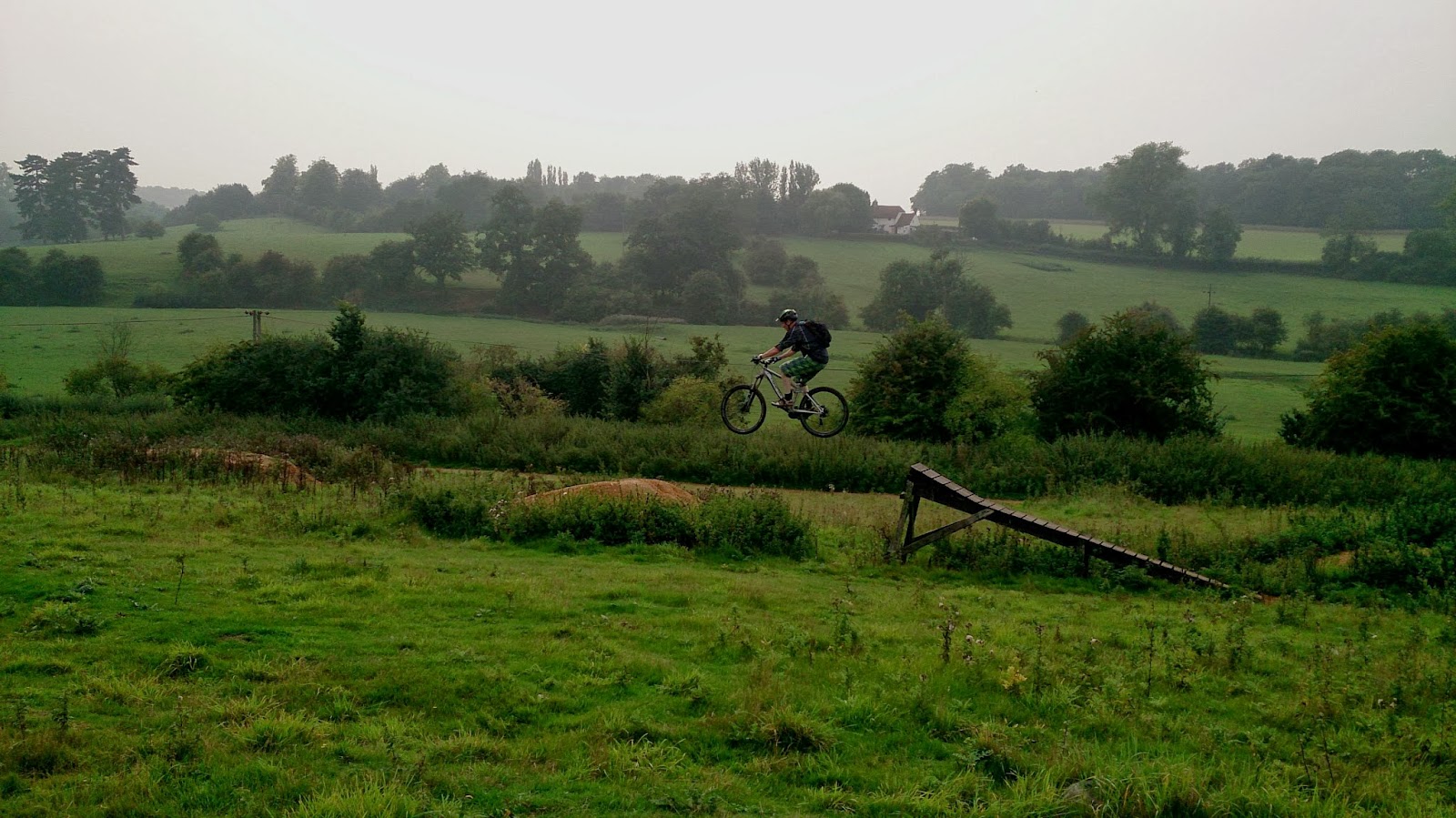 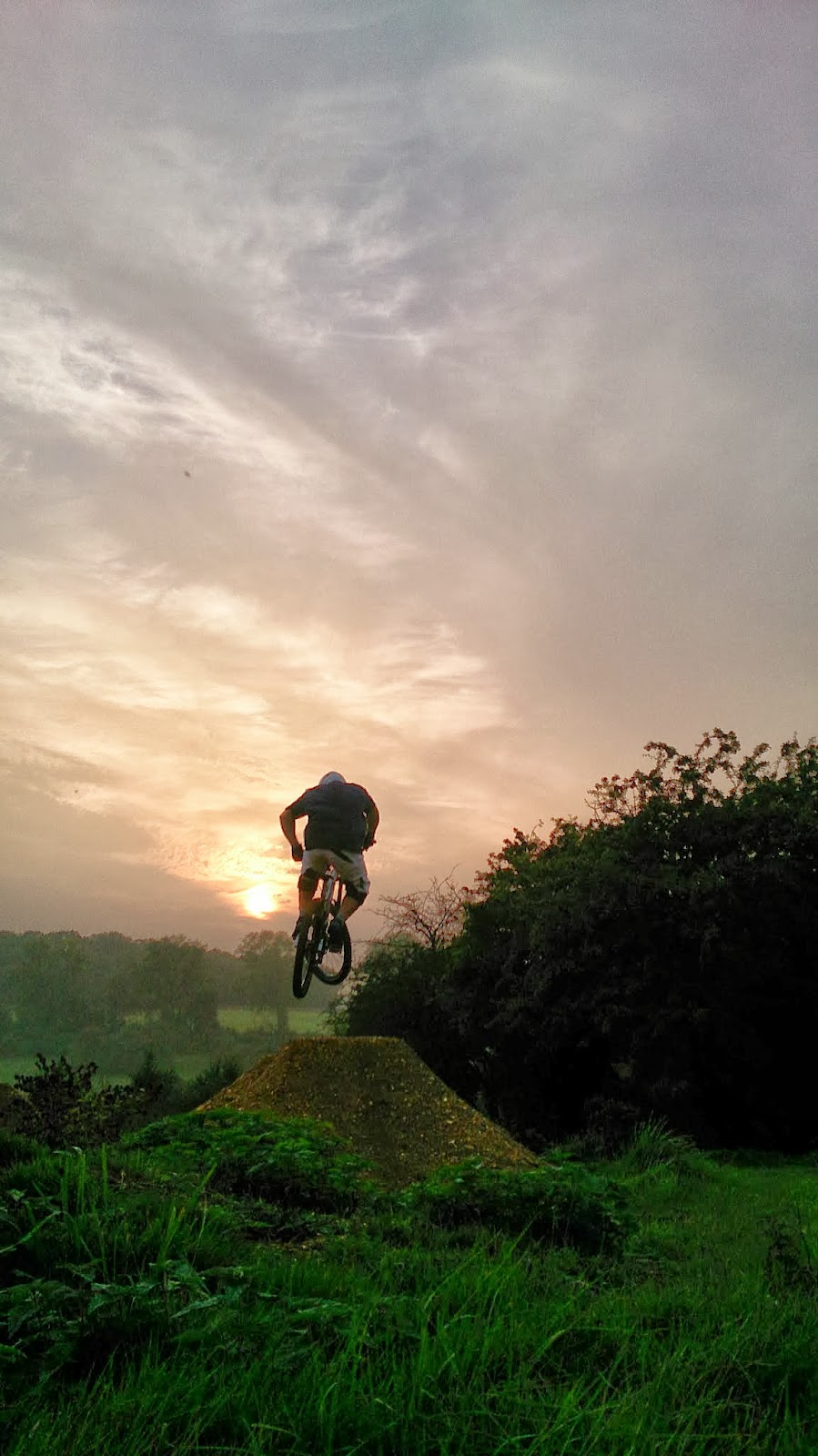 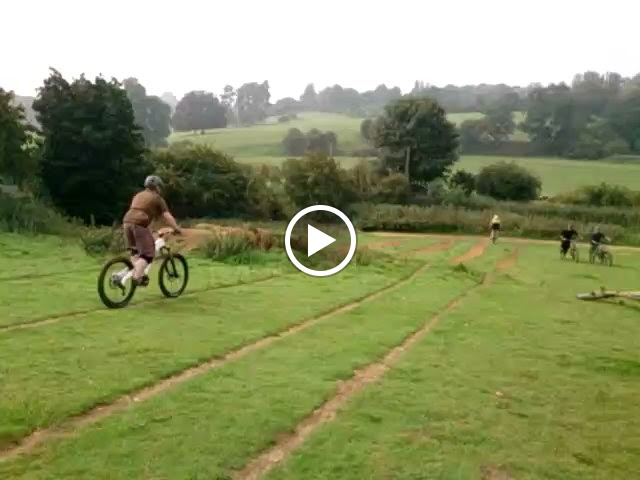 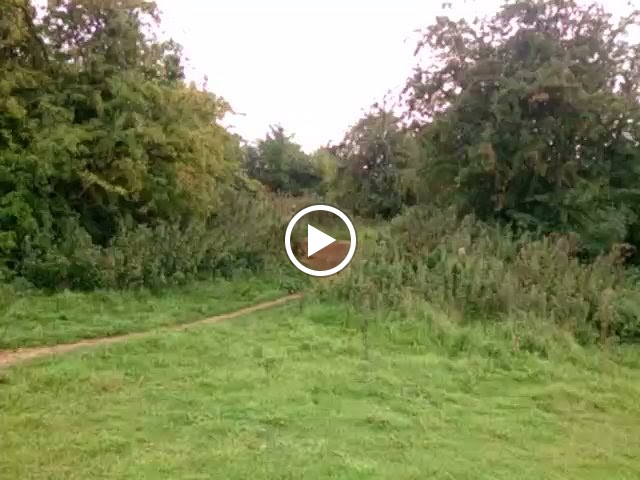 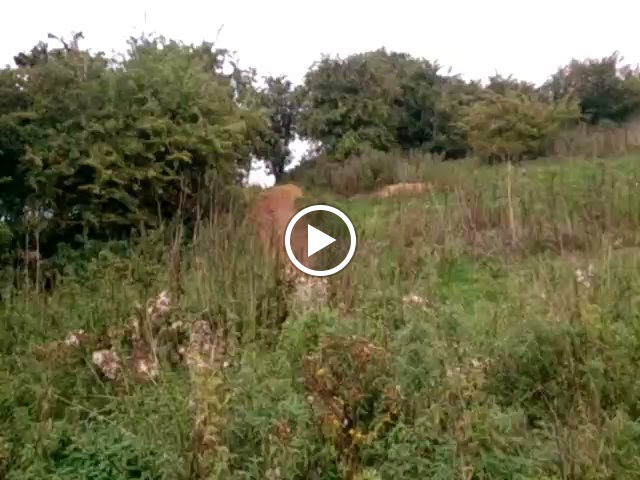