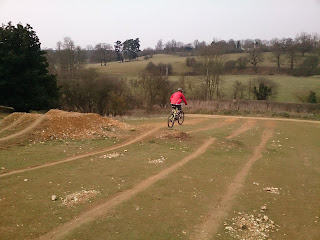 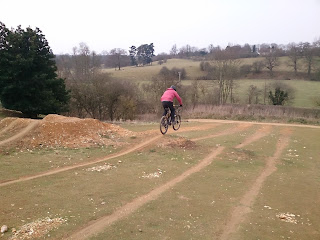 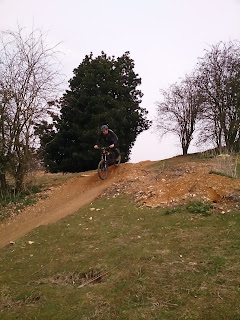 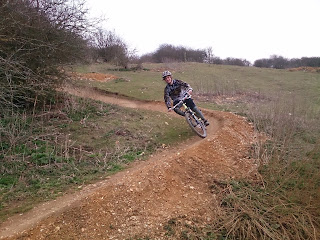 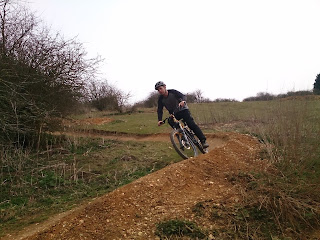 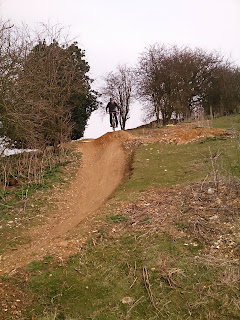 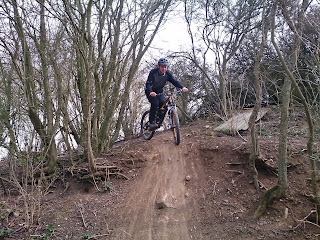 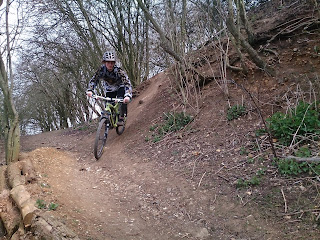 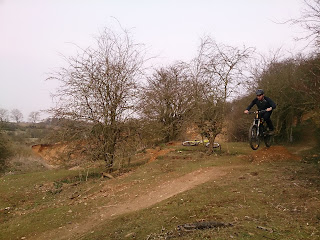 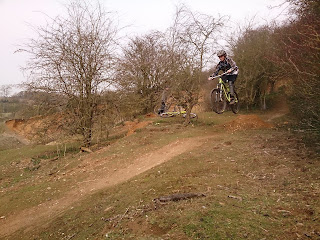 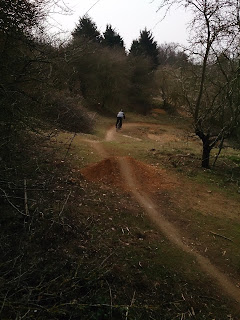 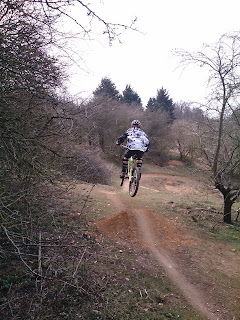 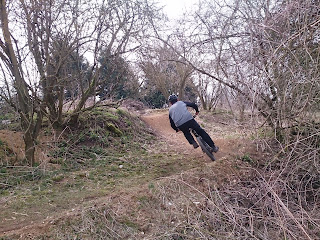 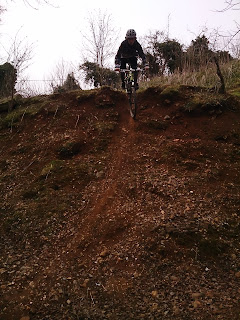 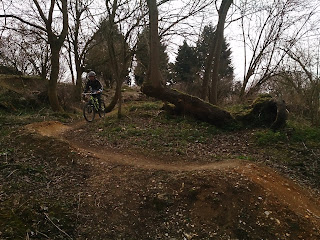 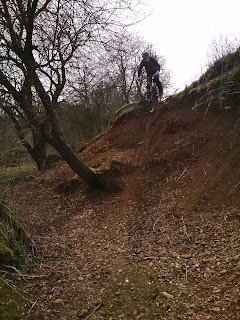 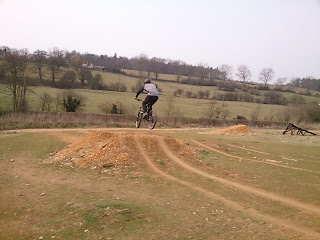 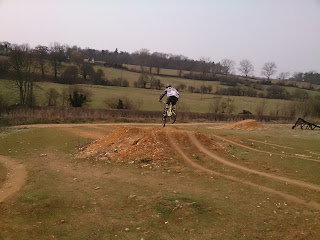 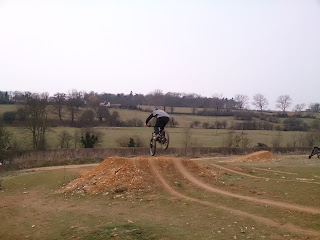 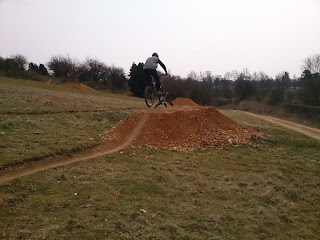 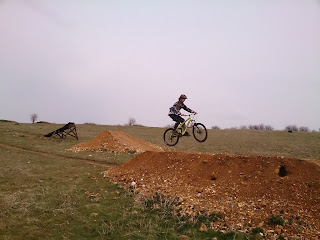 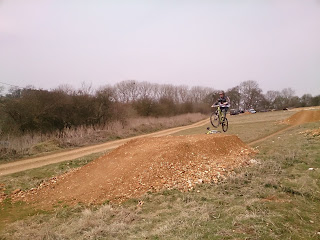 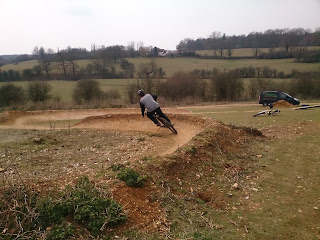 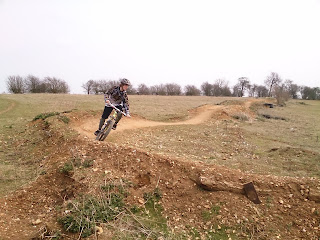 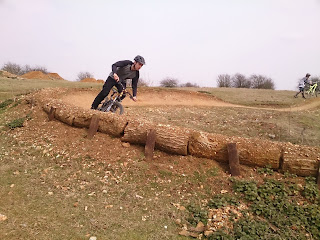 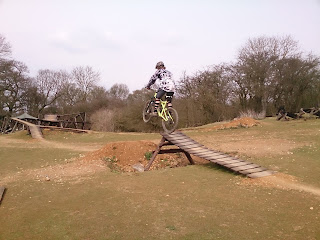 Colin and Henry are father and son and I have coached them twice previously over the past 2 years. On meeting i could see that the work from the previous sessions had stuck and that I needed to work on the application of the mental skills set in them both. We began with the drop technique and moving the bike in the air and from there we worked on linking drops into corners. We moved onto another area and began working on their fear of riding steep terrain and after demonstrations they began applying their skills to decide which steep sections to ride. We worked on linking steeps into corners and link that to a jump. A short break followed and we resumed with linking all sections on the singletrack together via the exit and entries and they got smoother and faster with each run. We moved onto the 6ft tabletop and worked some more on their jumping but I could see the gap jump side was becoming to much of a focal point so we moved to a much larger tabletop to work on their speed management and soon they were launching across it. 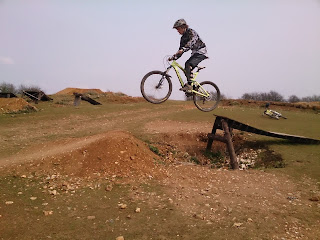 I knew they were tiring but we still had some more to cover so we worked on speed management around 2 berms before linking the whole pump and jump trail from previous session together and much to their surprise Henry, followed by dad Colin rode the 7ft ladder gap jump option at the end of it too a good few times! Now they were buzzing and a few more runs saw them shattered mentally but smiling ear to ear!
Our session ended there and I can’t wait to see them ride again.
High5!
By Tony Doyle|2013-04-09T07:51:00+00:00April 9th, 2013|Uncategorized|1 Comment