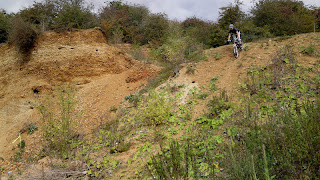 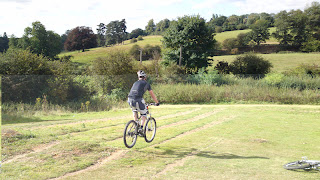 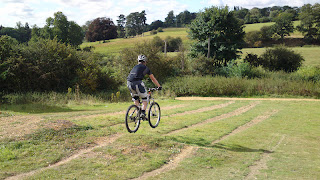 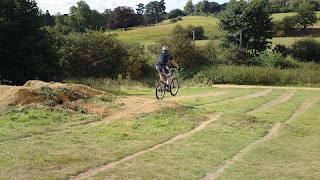 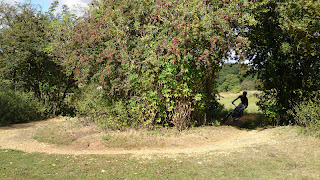 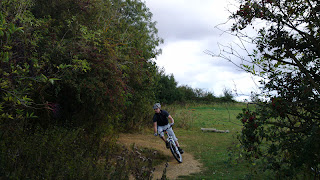 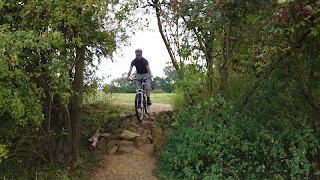 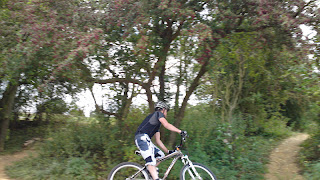 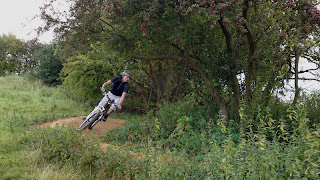 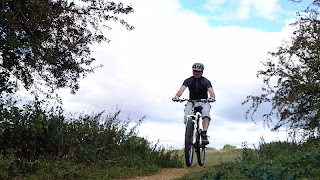 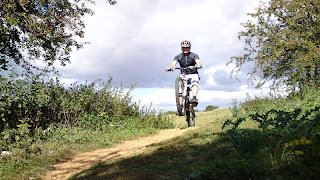 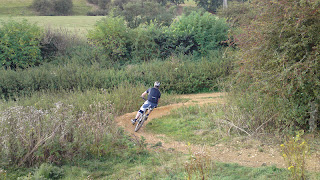 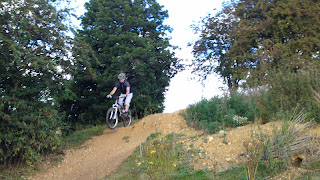 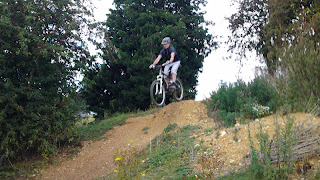 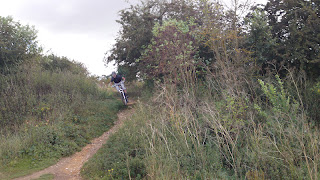 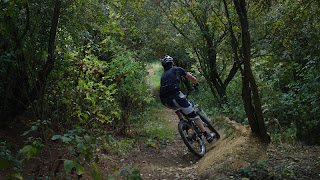 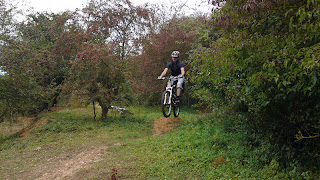 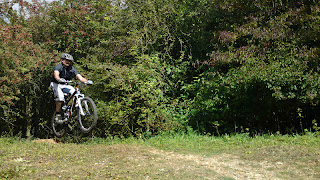 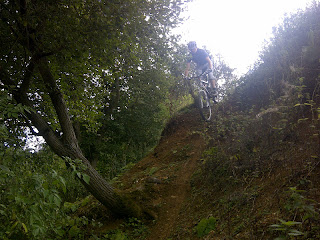 Gary has been coached by myself about 3 years ago but a combination of a new bike and a couple of crashes in the Italian riviera had effected his mental skills and he now had the fear. I could tell by his set up why and corrected it and the effect was immediate. I found that he sat back in corners and straight on sections so I worked on his body positioning in all areas.
Drops were 1st up and Gary was pensive at first but this disappeared as he began landing perfectly and it all came flooding back.
A body positioning reinforcement excersise was next before finally we moved to the skills trail. The trail has 14 sections in it and we worked down the trail methodically, I always demonstrated everything first and then Gary would ride it in segments and it wasn’t long before he was riding the whole trail. Flat, bermed, off camber and switchback turns were linked to pumping, fly out jumps, rock gardens, steps and drops. I worked on Gary s mental skills questions to decide whether to ride sections or not and we took balls and fear out of the equation.
I wanted to worked on the fear of riding steep stuff that he had talked about over coffee earlier in the day so off to the quarry we went . I used part of another trail first to link steeps into corners and a jump and later I worked on his peripheral fear by rolling down a 40ft bank with his new body position and he was so surprised at the ease of it. After over 4hrs mental fatigue was beginning to show and our session came to a close.
Awesome riding Gary!
High5