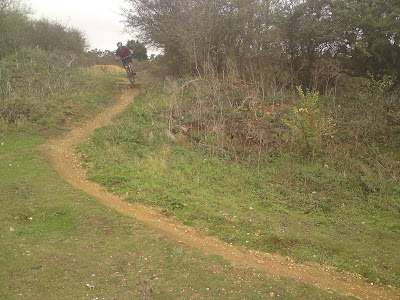 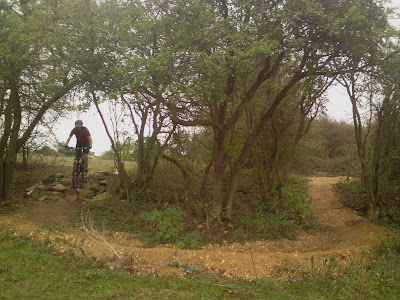 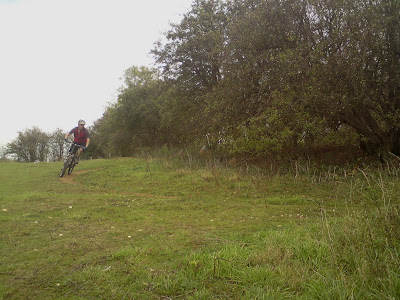 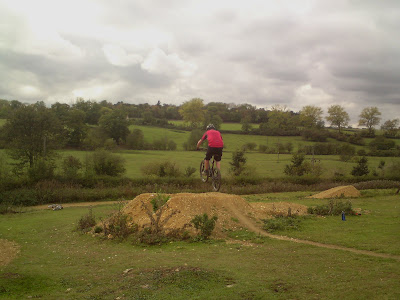 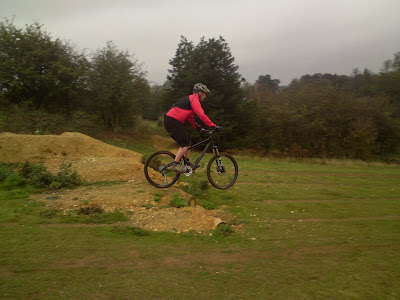 Paul was delayed for 10 months with work from attending a session with myself but we finally got underway today.
The skills check revealed some real good habits, only bogged down by a couple of missing skills that once corrected made all the difference.
We began with braking technique before moving onto the drop technique where i worked on body position and looking as well as the 4 mental questions I give each rider to ask themselves.
The change made all the difference and Paul began landing perfectly. After a while it was time to move onto the skills trail to work on linking the 14 sections together.
I began with pumping and Paul grasped that quickly but found the speed hard to manage into the next section so he began graduating his effort and linking it into the next section and so on.
Flat, bermed, switchback and off camber turns were linked with steps, drops, rock gardens, fly out jumps and pump bumps. As we moved along the trail, Paul’s confidence and commitment grew and when we got to linking drops into corners, the change in his riding was already there for all to see. Paul then began riding the entire trail end to end and he was way more fluid than ever before. Each run had small errors but overall, so much more controlled and faster.

The final technique I covered was jumping tabletops. Paul wasn’t very confident and protected himself by backing away as he rolled in but after a few tweaks both physically and mentally, he sailed over it. The smile on his face said it all and we high 5’d as he walked back up. A few more clears and our session came to an end.
To cap the session, I showed the same skills in use in my own riding on a high fast line on the woodwork at herts and Paul could see it.
Great session!