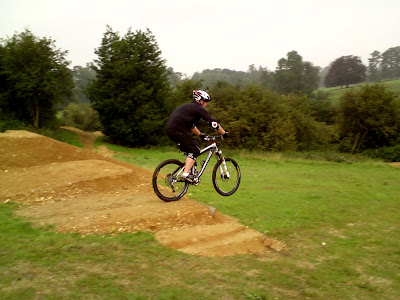 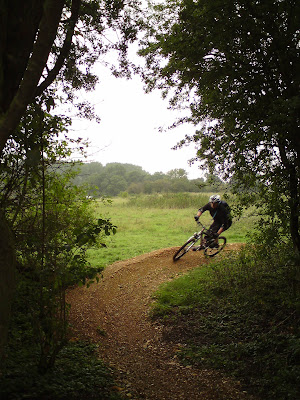 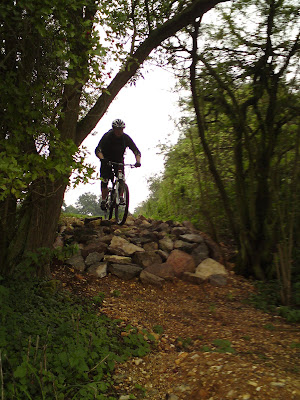 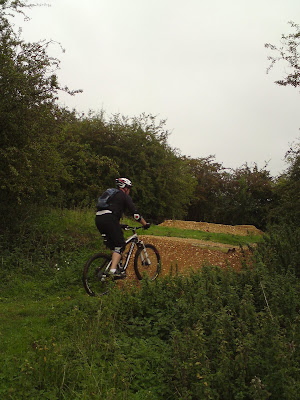 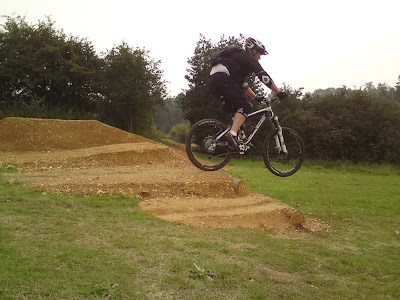 Pete has ridden for many years but a crash back in February really affected his confidence, so a skills session with myself is what he decided to do about it.
On meeting at the Herts skills area, I ran him through my skills health check where I see what is already present and also what specific skills are missing. I found that Pete had foot and looking skills missing and also had the habit of not covering his brakes, therefore he could not effectively manage his speed. Importantly, I discovered that he naturally pushed to unweight the front wheel but added a pull to try to make up for the other errors in that technique. By working on his looking the front wheel raised with far less effort and it soon came time to move to the drop technique.
It was a drop section that Pete crashed on back in February so this was a big mental leap for him. Gradually we worked on his push and with the added missing skills the technique worked and confidence began to flood back. We worked on landing both wheel together and how speed effects the amount of push.
We then moved onto my skills trail with its 13 sections and we methodically worked on each section before moving on and linking it to the previous ones. Bermed, flat and off camber corners, pumping, rock sections, roll downs, drops and jump sections were linked and with the skill set used , the trails energy became controllable. After a few complete runs, Pete called time on the session just after 4hrs as mental fatigue began to show.
I look forward to Pete’s on going feedback of his future rides.
Great session.