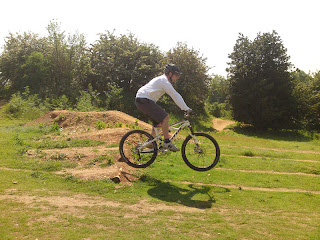 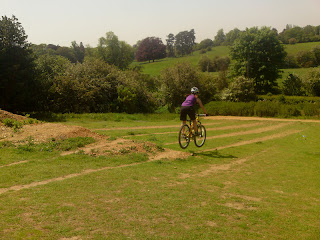 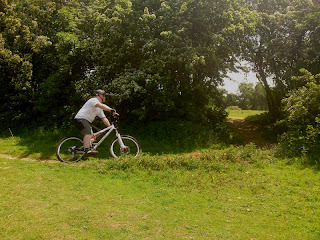 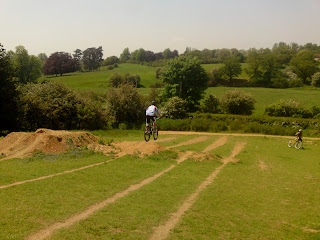 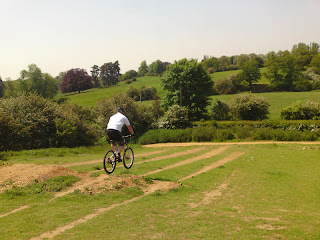 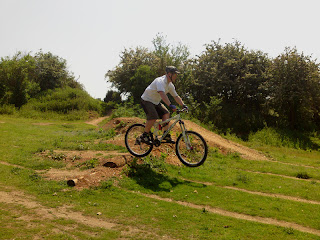 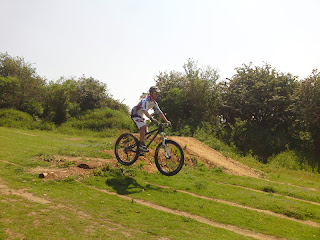 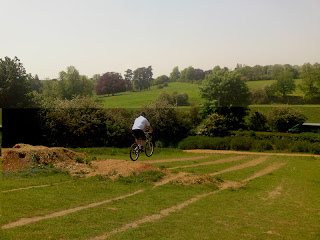 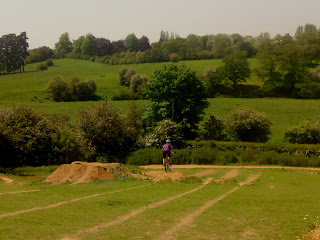 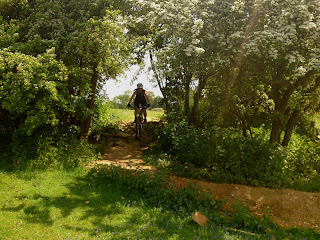 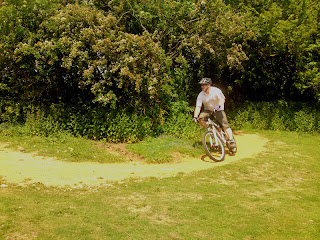 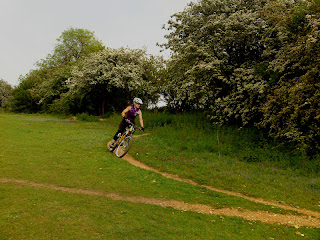 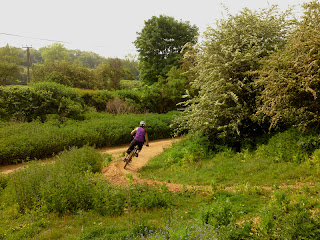 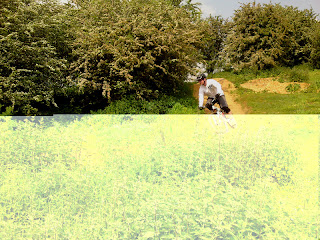 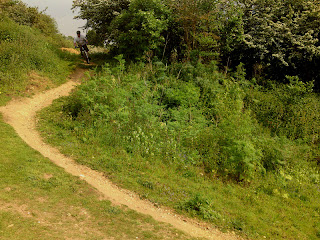 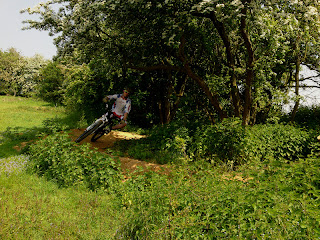 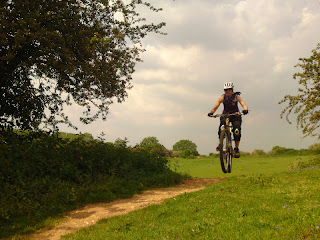 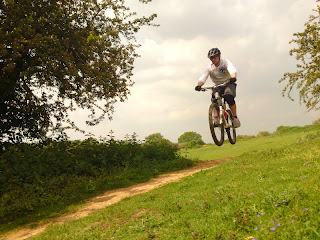 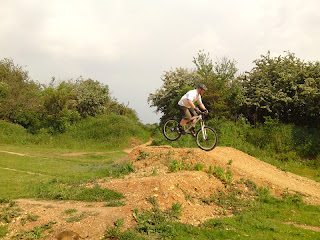 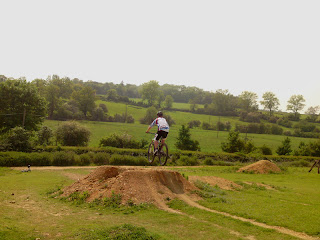 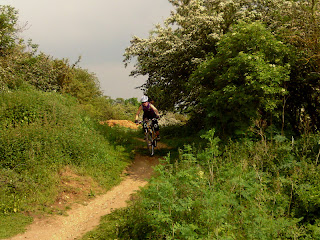 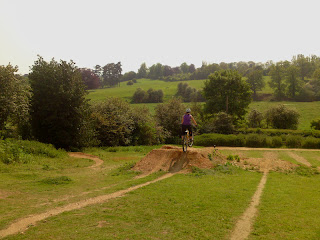 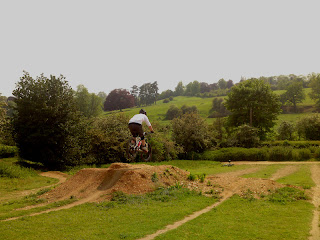 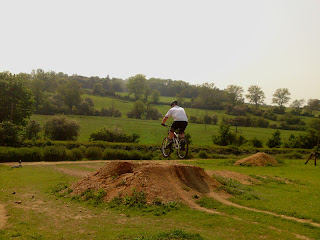 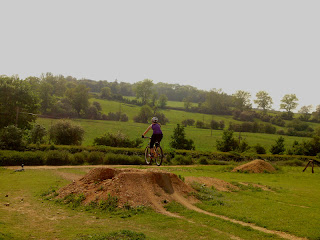 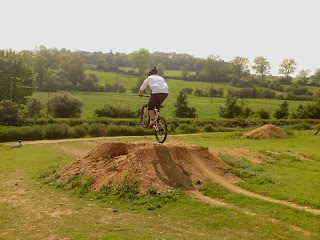 Phil, Ali, Ian and Andy follow me on twitter and booked a session a few months back and today was the day. They have had coaching from various companies before over the years but today would be different. During the skills check I found they needed looking and body positioning worked on and I made the set up changes to enhance the corrected missing skills then we moved on, much to their surprise to drops.
I went through the mental skills questions that I teach and in no time at all they all rode all three drops, landing perfectly.

We moved onto the skills trail and I began with the first 3 sections, pump bump, bermed followed by a flat corner. It wasn’t long before They added in the rock garden and 2 further corners. Any errors were already being self diagnosed too. We had a break and worked on linking in the fly out jump and corner with a stepped exit and also linked in the final sections on the trail. I worked hard on line choice when linking drops into corners and it was time for them to ride the entire trail.  Each run was smoother and faster than before as they rode to the vanishing point and the skills were shining through.

Now it came time to apply both mental and physical skills to our final technique, jumping tabletops. Using a 6ft tabletop , I demonstrated the same skills as all the other techniques and they followed suit. I worked hard on Ali’s mental skills and in time they all flew over it and landed perfectly time and again! Ali was so chuffed at doing what she felt was impossible for her previously and she watched as Phil, Andy and Ian rode the 6ft gap jump too with whoops of joys as they did. Our session ended under the hot sun with a cold beer each and a riding demonstration by myself, on the herts woodwork.