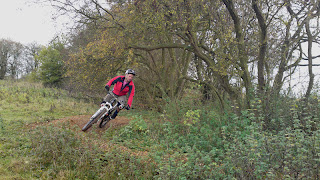 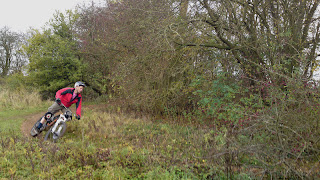 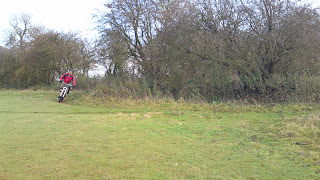 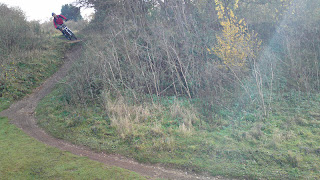 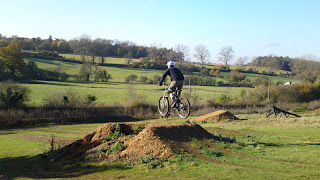 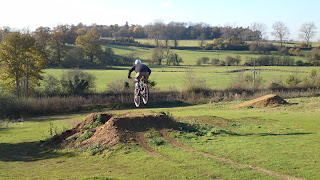 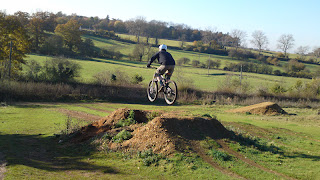 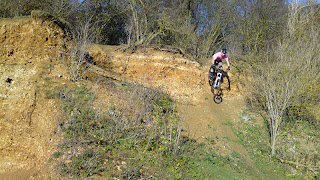 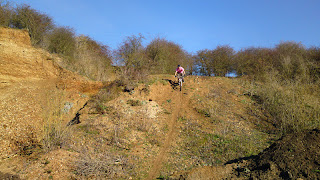 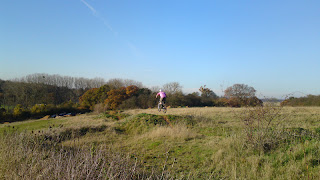 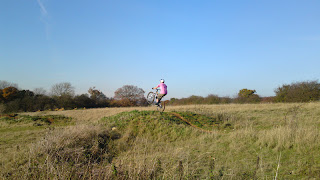 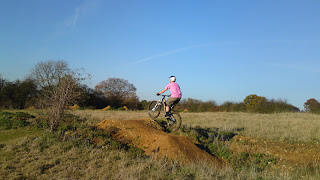 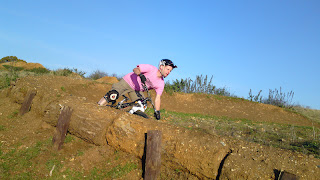 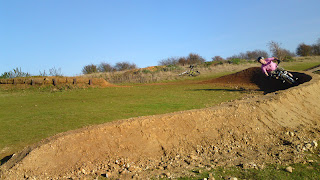 Eddie was concerned whether an old dog could be taught new tricks and on turning up, he flet nervous but this was soon replaced. The skills check showed an accomplished rider that had looking and body position skills needing replacing and I set to work.
Drops were first on the menu and Eddie soon ate the 3 drops up and I was able to get him to begin to style/move the bike in the air. From there we moved to the skills trail and began methodically working on linking all 14 sections on it together. Flat, bermed, off camber and switchback turns were linked to pre jumping, rock gardens, steps, jumps and drops. I worked on braking control and line choice too and soon it all  began to piece together smoothly and faster too!

I moved us onto the 6ft tabletop and gap jump and began working on more body positioning and the effect of it related to speed. It took Eddie no time to clear them both and style it too!
Next was a bigger, isolated drop and  once again he rode it using both mental and physical skills sets followed by riding down steeps. Here, body positioning is critical and braking too and soon he was riding them all effortlessly.

From there we moved onto our final trail, the pump and jump trail where I demonstrated manuals, pumping and jumping section on the trail and why choosing which critical. Our session ended in brilliant sunshine with a pint in the local pub to celebrate an absolute blinding session.
High5!