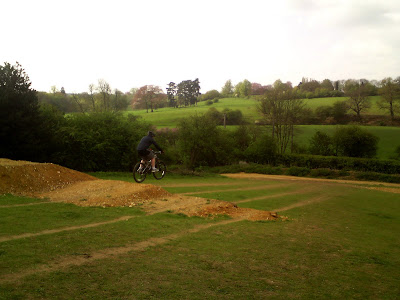 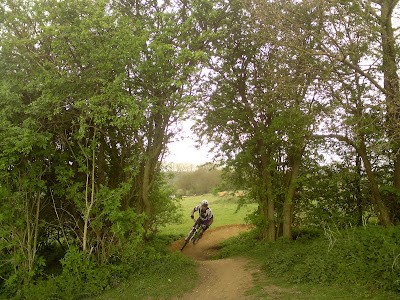 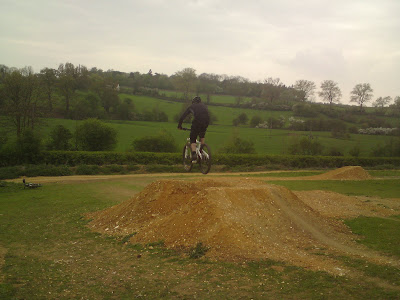 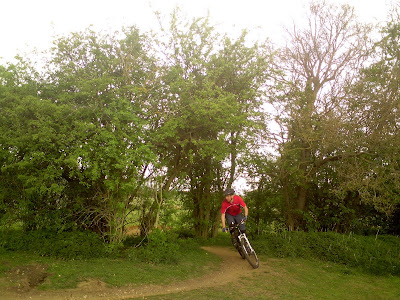 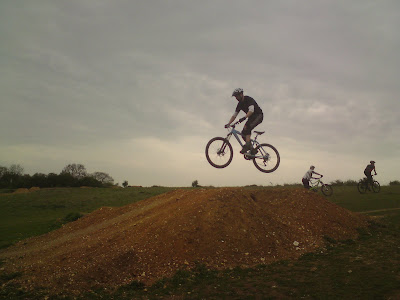 Dave, Martin, Fred, Nim and Steve came over for an all round tune up session and during the skills check I found footwork, body position and looking faults and on another check I found that one of them pulled the bike towards themselves and the other 4 had looking faults that made their push harder work.
After a few set up changes I began correcting the faults that I discovered.
The first technique we applied the physical and mental skills to was drops.
After clearing up any mis advice commonly given else where, the guys all began flying off the drops and landing perfectly. Time to move onto the trail itself.
I began working on pumping the trail and linking the 14 sections of the trail together, braking and pedaling in the correct places.
Rock gardens, steps, fly outs. Flat, bermed, off camber and switchbacks corners were stitched together and the guys were looking and feeling smoother as we worked our way down the trail. The end of the trail requires riders to link drops into a berm and we worked hard on this before going up and riding the whole trail end to end a few times.

All the guys were riding faster and more controlled and the trails energy was controlled and used.
Lastly we moved onto the tabletop and gap jump to work on jumping.

In a few small steps all the riders were in the air and flying over the tabletop and landing on the transition perfectly, some even used their mental skills to sail over the gap a few times too.
Awesome session!