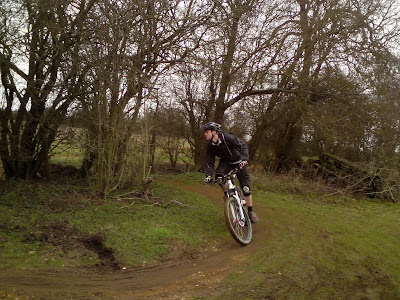 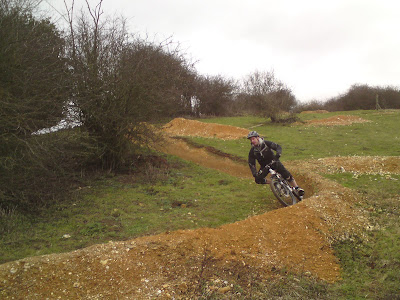 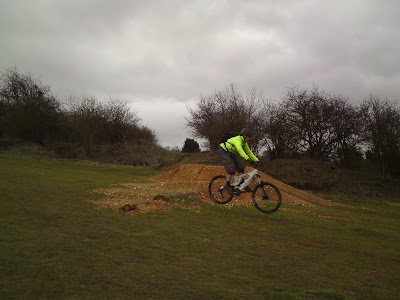 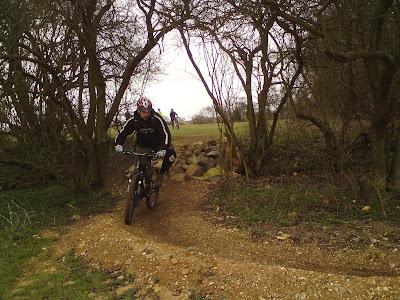 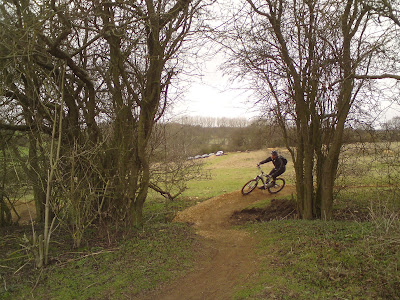 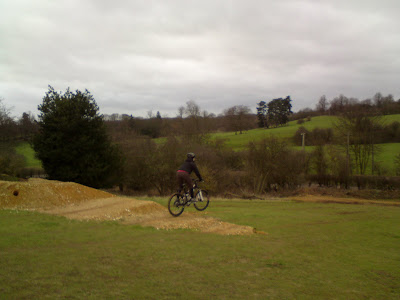 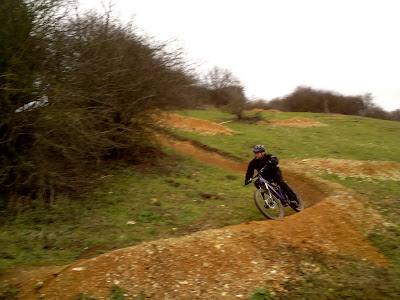 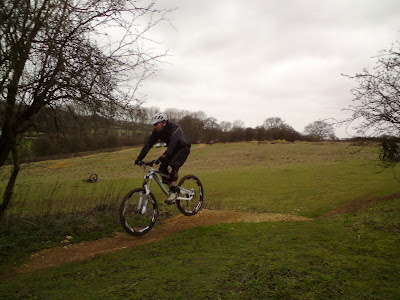 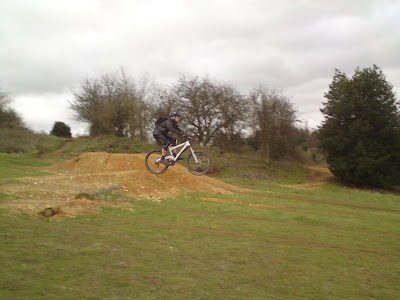 Today’s public session began as always with myself finding out what was already a natural reaction in the 7 riders who attended. Once I had identified the missing skills, I set about correcting it before we moved onto the trail to work on pumping and cornering. Methodically, I worked the group down the first half of the trail, linking each section to the previous one and so on. Piers and His brother Richard really got to grips with the body positioning in corners as did Kev and Paul. I worked heavily on Duncan, Scott and Nic’s looking and footwork skills in corners before adding body positioning later on , which Duncan really took to. I broke the trail at the half way point and then worked on straight on sections. Using another skill check I found that all & riders pushed naturally to some degree and had looking as a missing skill which I installed there and then before moving onto the drop technique.
My job in this technique was to match their natural push to a given speed and soon they all were landing perfectly.
We then moved back to the 3rd quarter of the trail and began working on fly outs and dealing with the bike in flight. We then added that segment to the previous ones and all the riders began to notice how fluid their riding felt.
We worked on flat, bermed, switchback and off camber corners. Steps, pumping, rocks, drops and linking sections using the correct braking areas. Once we had worked our way down the whole trail it was time to ride the complete trail.
Each rider was riding confidently and committing to each section as they rode top to bottom on the whole trail and they all looked like different riders to when they began 4 hours earlier.
Mental tiredness showed in a few of them and it was clear that the session needed to end before it undone one of them by causing errors.
To end the session I demonstrated a couple of lines on the woodwork to show that it is the same mental and physical skills I use that I teach.
Great session!