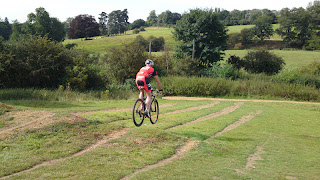 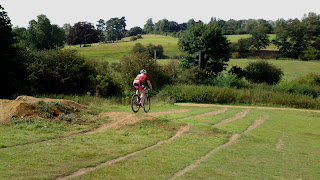 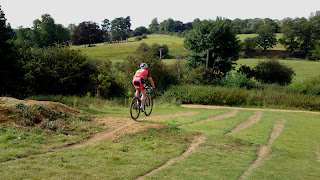 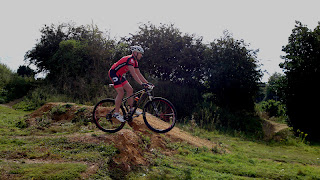 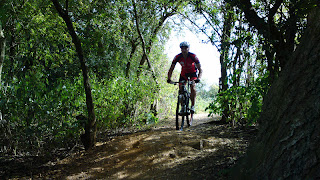 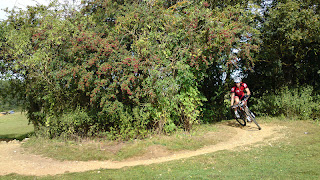 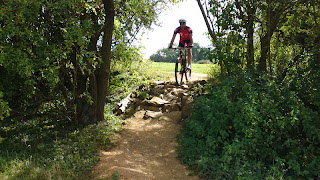 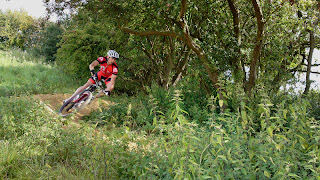 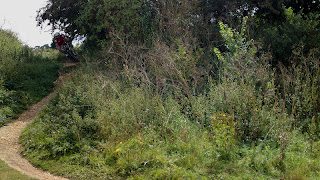 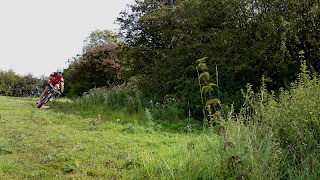 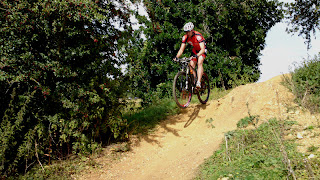 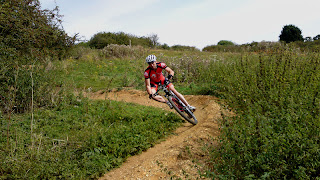 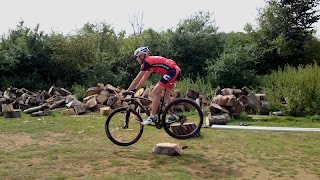 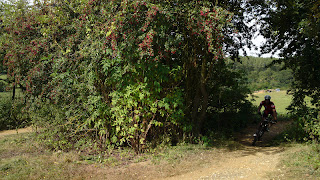 Darren turned up as arranged and we spoke of his race results and how he felt he could be faster but didn’t know how. The skills check showed me the areas that needed work both mentally and physically and I set to work on correcting his looking and body positioning and I made some crucial set up changes to his race bike too.
We moved onto the drops to work on applying both the skill sets and in no time at all Darren was landing perfectly and in control. Whenever he landed in correctly he could feel why and knew how to correct it too.
I worked on his body positioning in corners as he sat down all the time so I ran him through a correction excersise which had immediate effect.
On the skills trail we broke the trail down and worked on it in bite sized chunks. I covered different pump and absorbing techniques and showed why they were so effective in a race scenario as airtime is not always the best way. Flat, bermed, off camber and switchback turns were linked to upslopes, rock gardens, drops, steps and pump mounds. I worked very hard on the last segments on the trail.

I worked on braking technique and also line choice when linking drop sections into corners and this enabled Darren to manage the speed he wanted to travel at.

The videos show 2 segments as they were being worked on at slow speeds to gain confidence and control before long, Darren was flying down the trail top to bottom and on timing him he kept taking seconds off the 200m trail. Not once did he slide off or stumble as he was now in control of his bike and the trail.
I could see he was tiring mentally but I wanted to teach him to bunny hop as he’d asked me specifically earlier so using a tree stump I demonstrated both pushes required and he followed suit. Easy!
Great riding Darren and let me know how you get on.
High5!