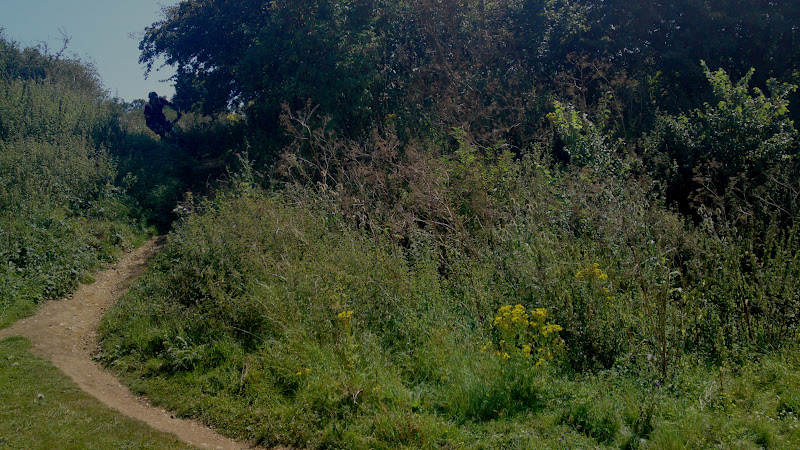 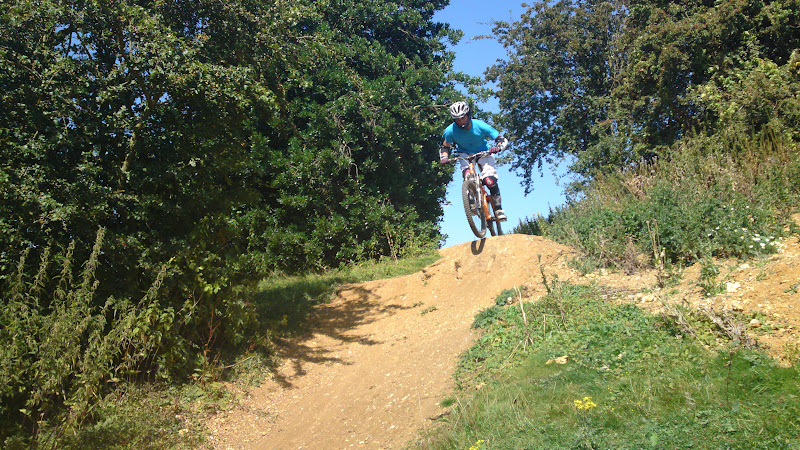 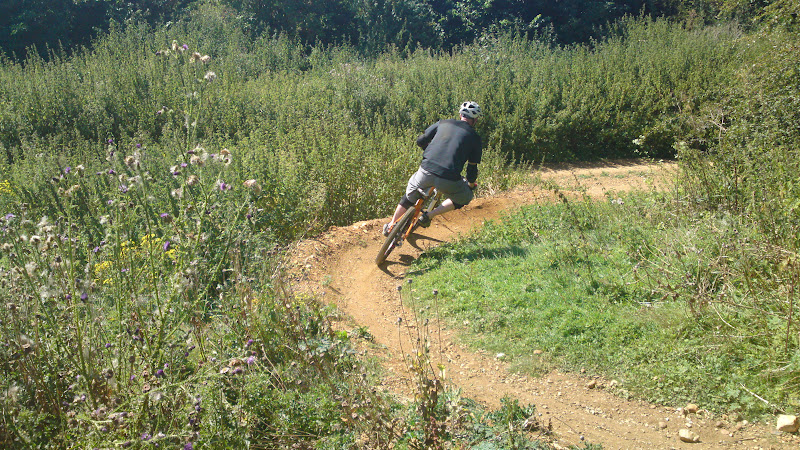 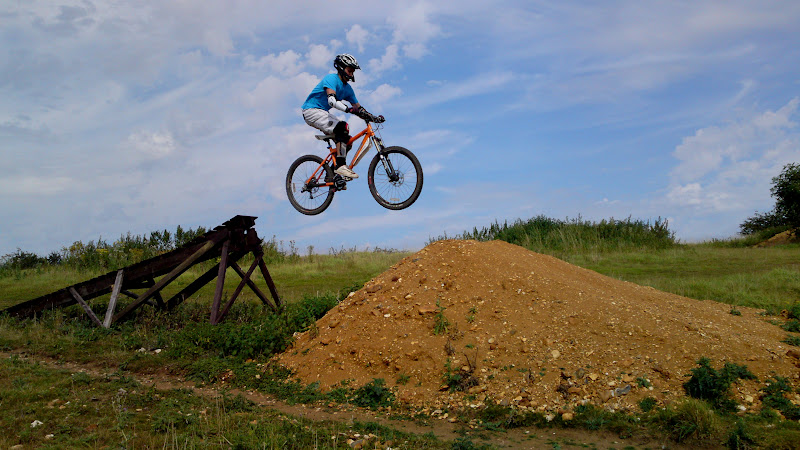 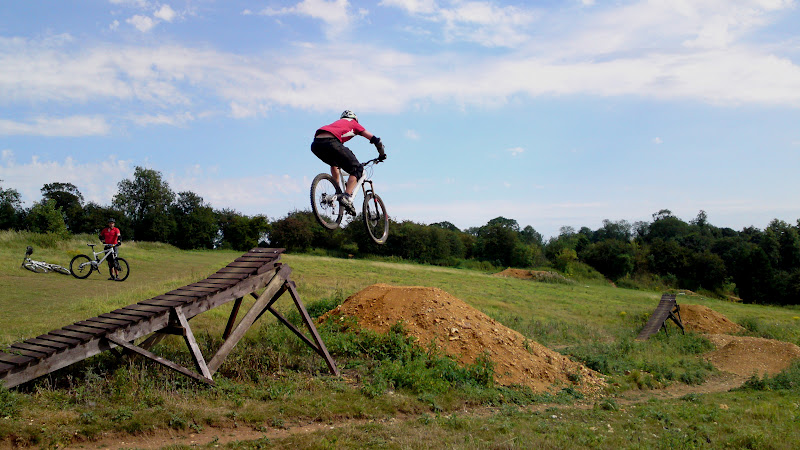 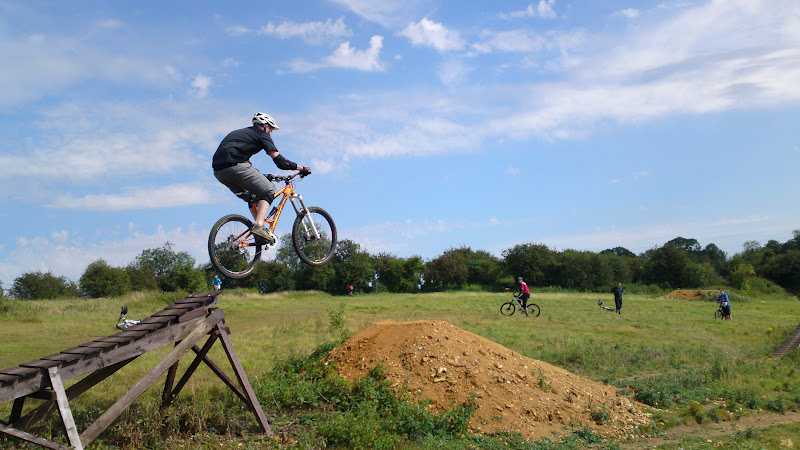 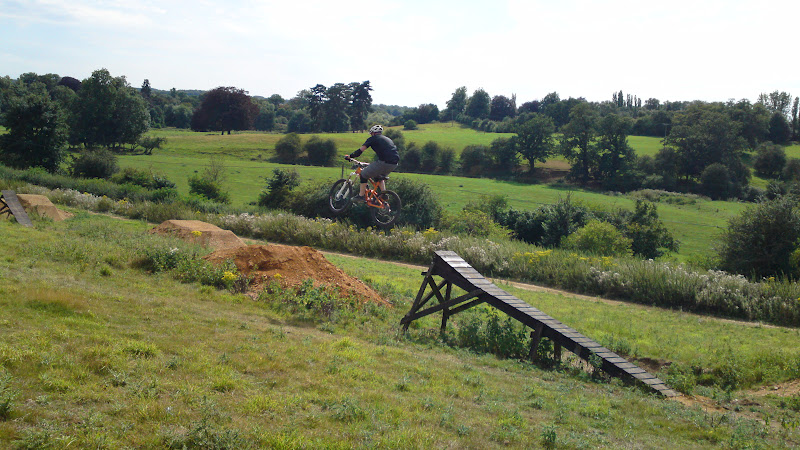 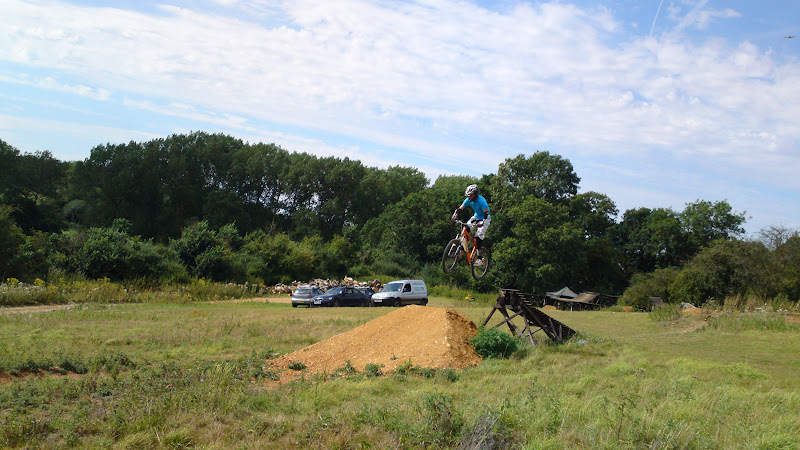 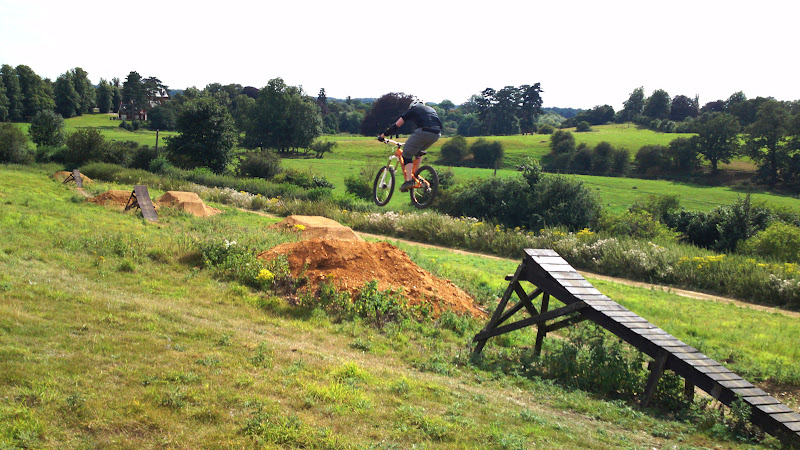 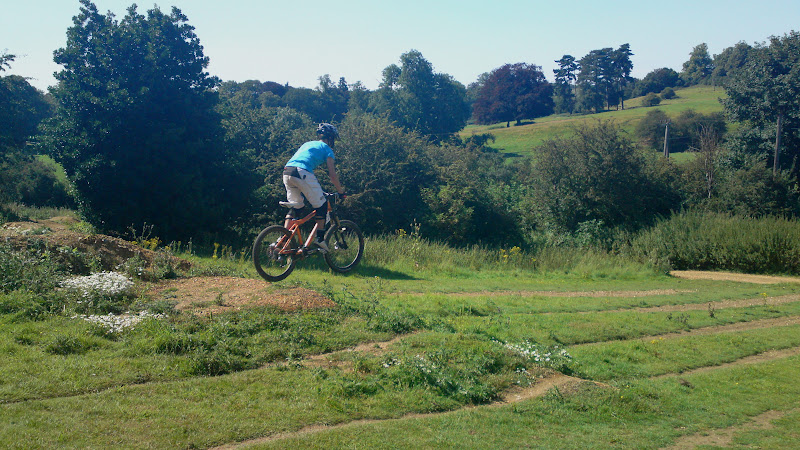 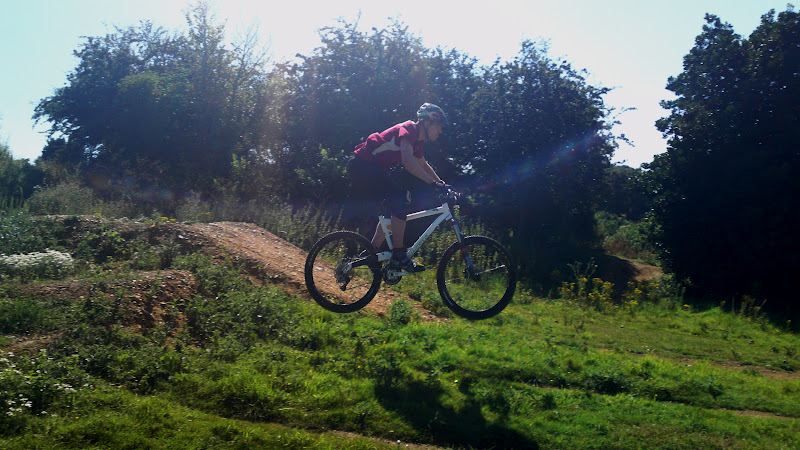 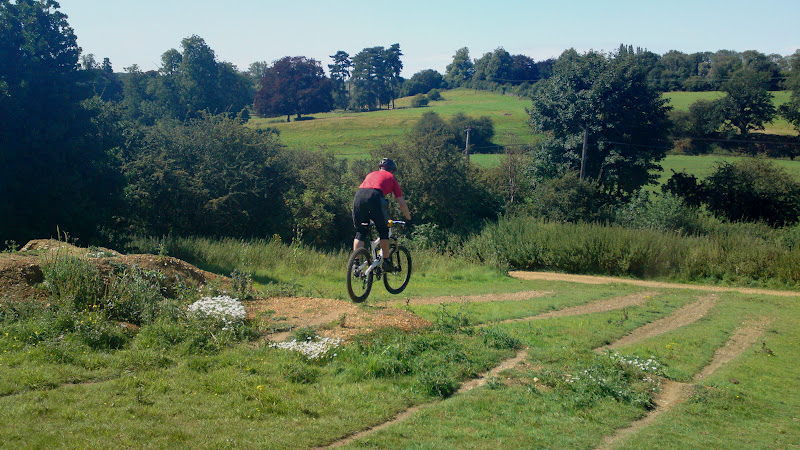 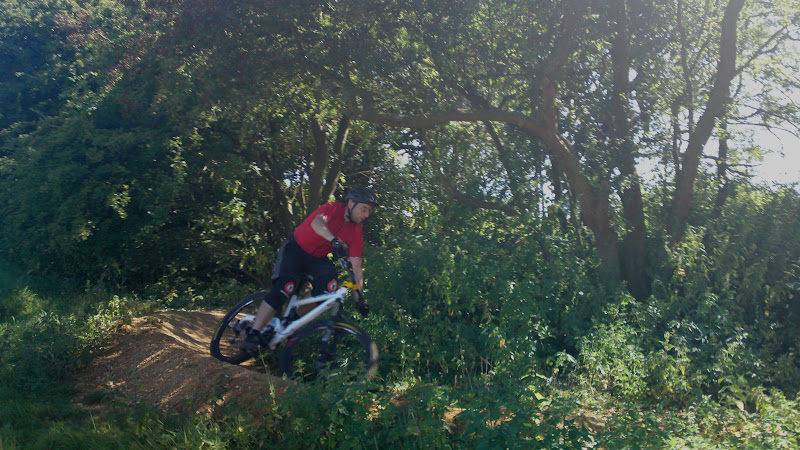 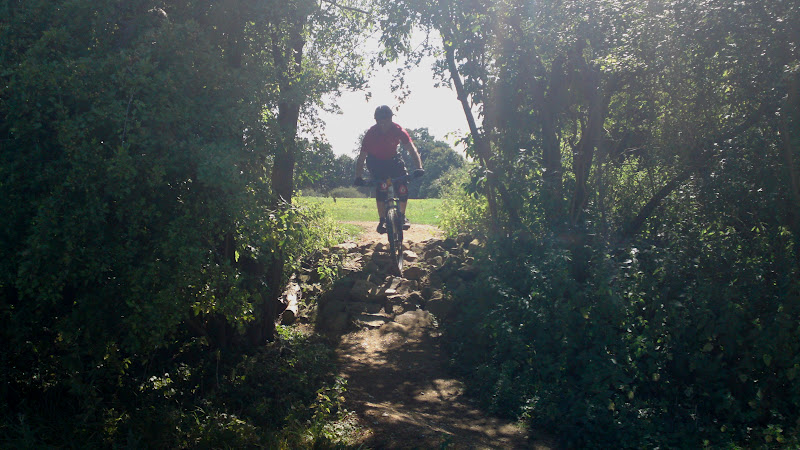 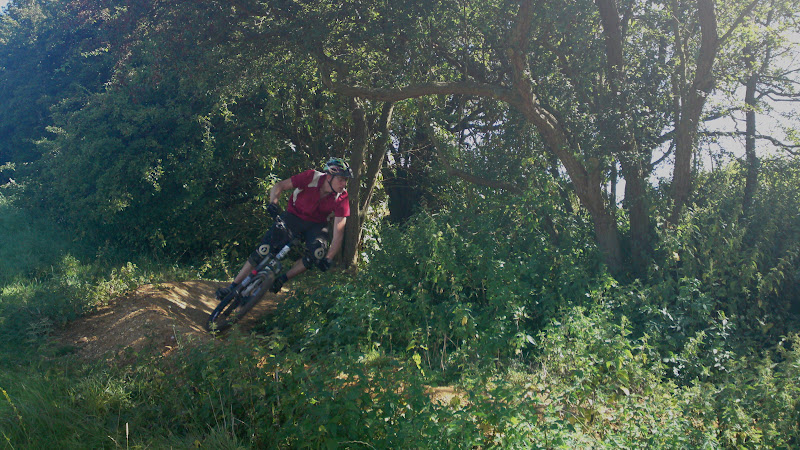 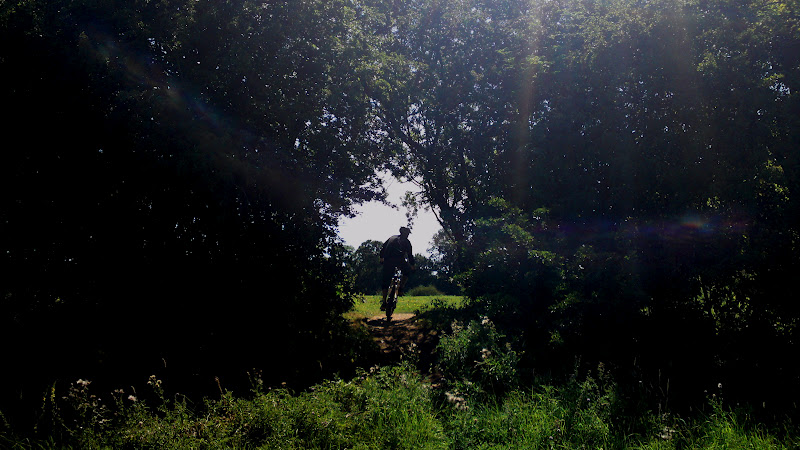 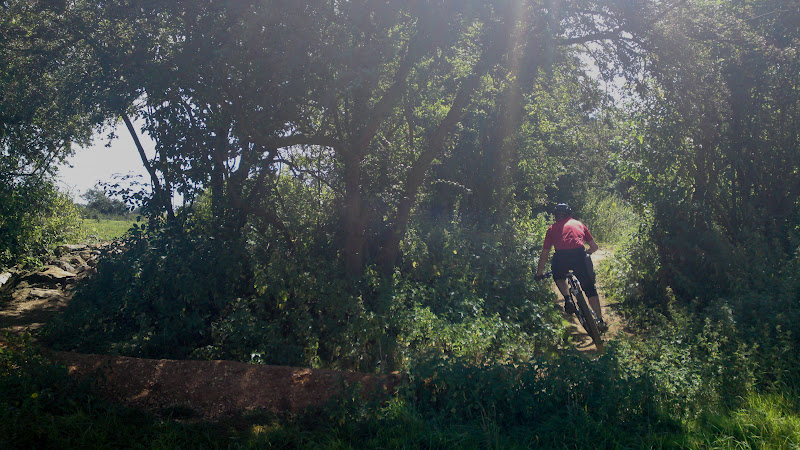 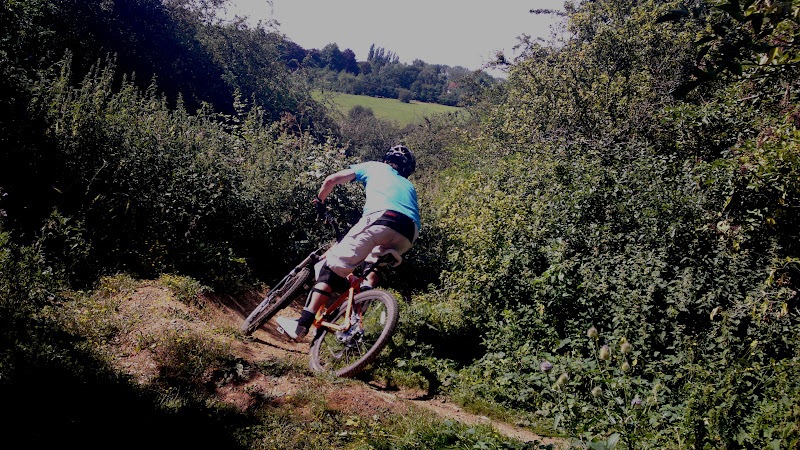 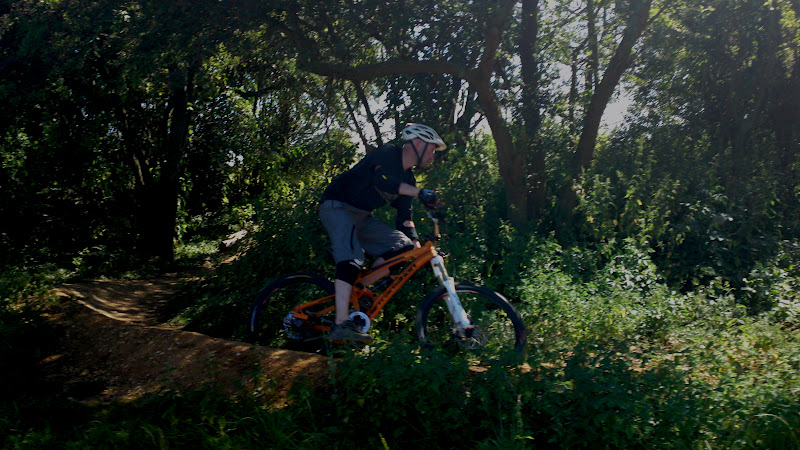 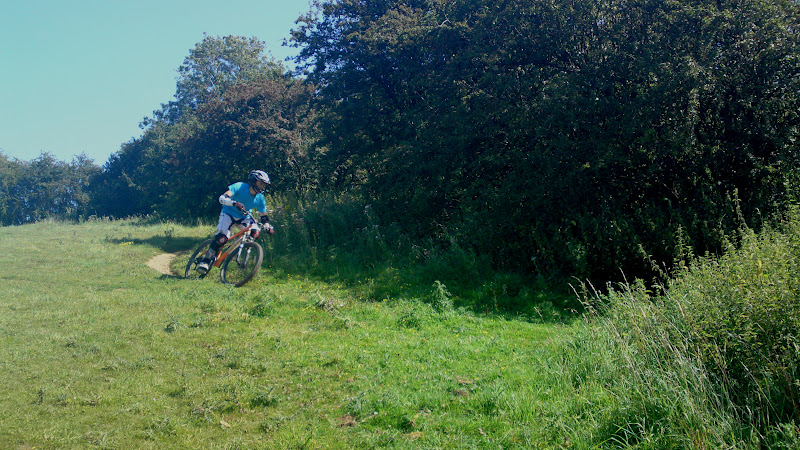 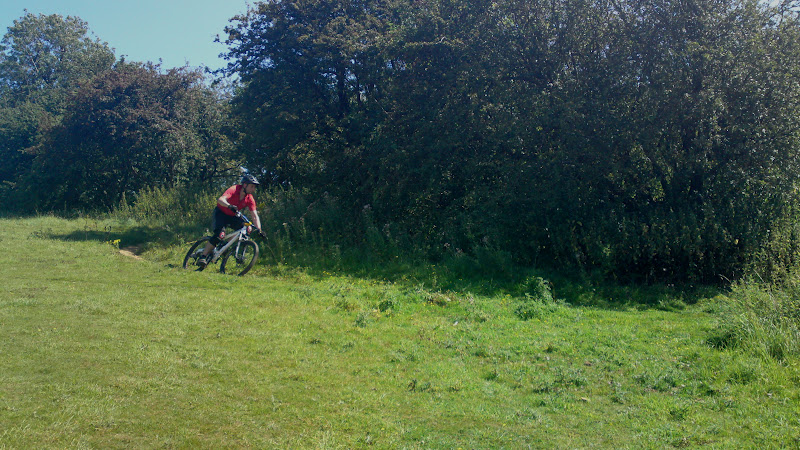 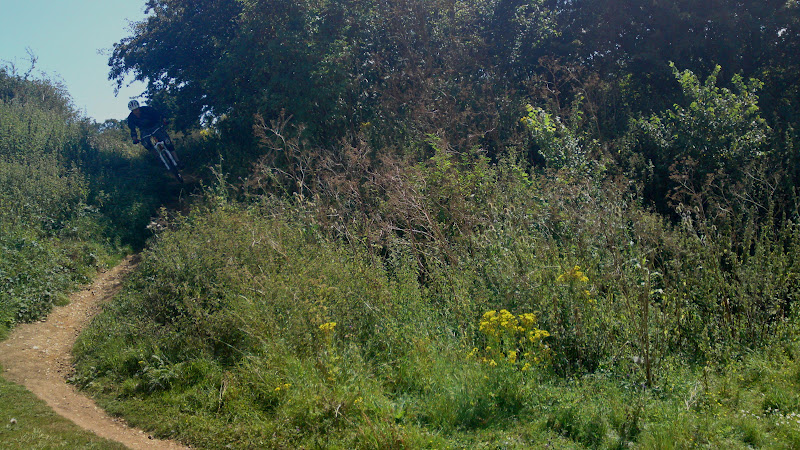 Disaster as i write this blog as my camera has crashed and I have lost some of the coaching pictures but these I saved. Ranger, Matt, Dan and Al turned up from Leeds and the surrounding areas for their session with me at Herts skills area. On meeting they said they’d like to get better at cornering and also jumping, maybe even gaps.
The skills check showed I had to work on their missing skills of feet, body and looking and also their mental skills. I made a small set up change that changed things drastically for the lads who previously rode black graded trails all over the uk.
All three drops proved no problem as they now used their body psoitioning to great effect to land perfectly and with total control and ease.
The 14 sections on the skills trail were worked on hard and line choice and braking areas were covered in depth. Pumping, rock gardens, steps, jumps and drops were all linked to flat, bermed, off camber and switchback turns. they were really flying along the trail and linking the sections together sweetly. Any errors were self diagnosed too!
We wasn’t hanging around and now the tabletop and 6ft gap jump were next and they used their mental skills to decide to all jump the gap jump after a while to smiles all round.

When they arrived in the morning they said they’d like to learn to manual through jumps, so I taught them that next along with more advanced pumping techniques. they really got to grips with this and at the end of the pump and jump trail it forks to another trail that I haven’t used in coaching before , air supply! Both Ranger and Matt rode the first gap ladder quickly followed by Dan. Al was not entertaining this and was happy working on his pumping and cornering. Both Matt and Ranger both then rode the 2nd jump on the line a 12ft gap jump from a ladder! Awesome stuff!!
The heat of the day and the mental energy used had cooked them now and our session ended.
An absolutely great way to end an amazing week of coaching.
High5!