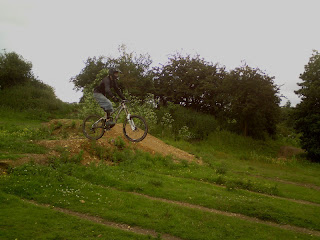 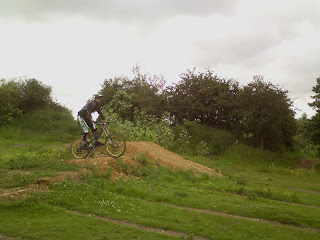 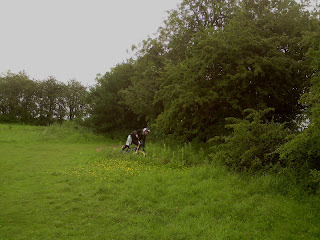 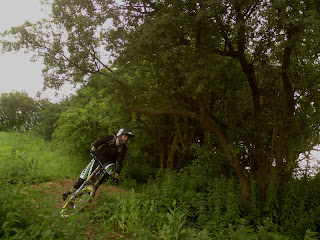 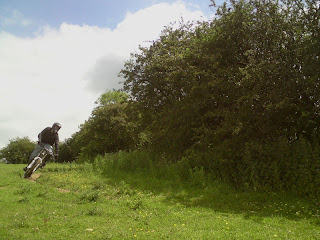 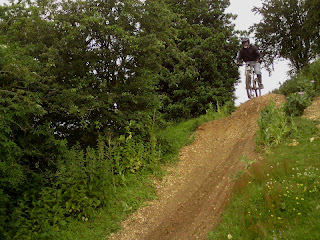 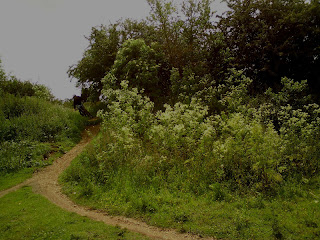 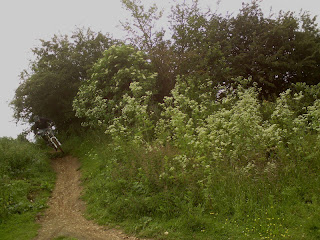 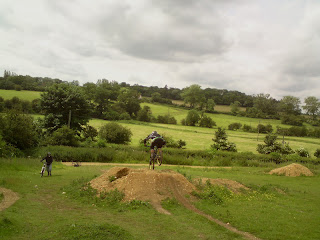 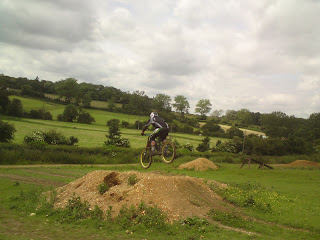 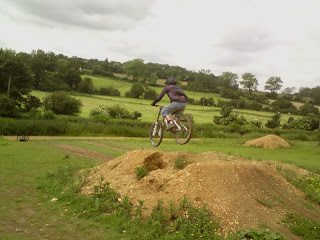 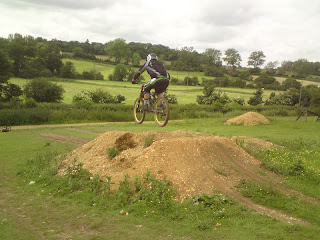 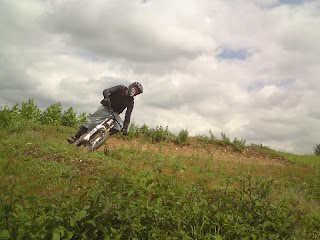 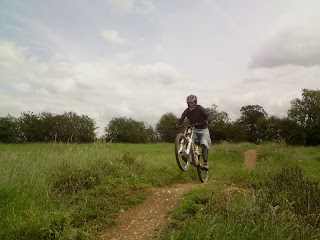 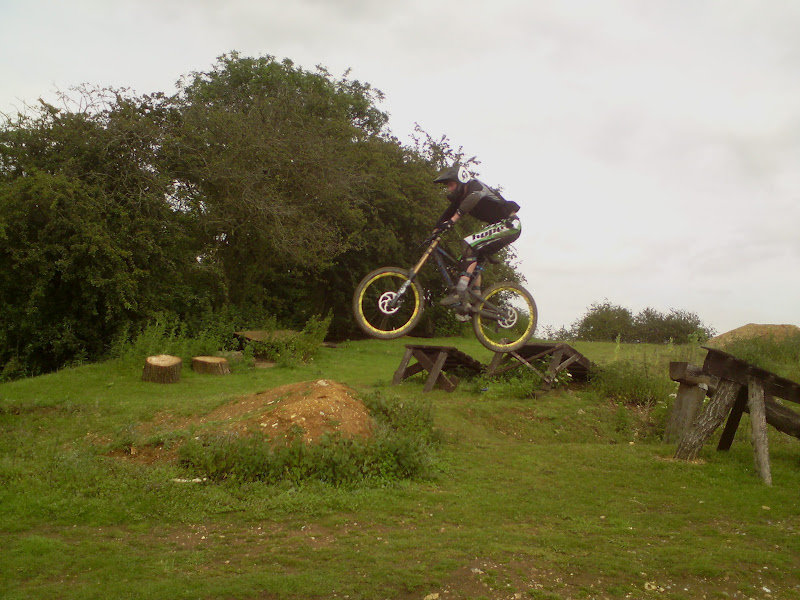 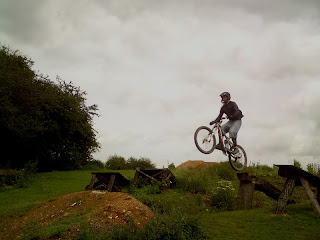 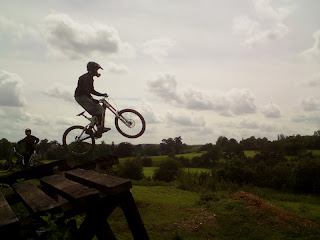 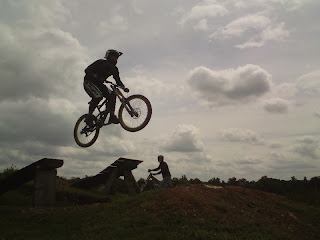 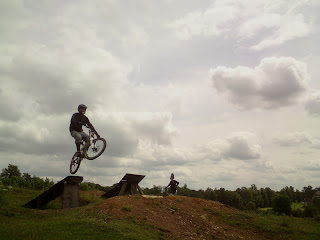 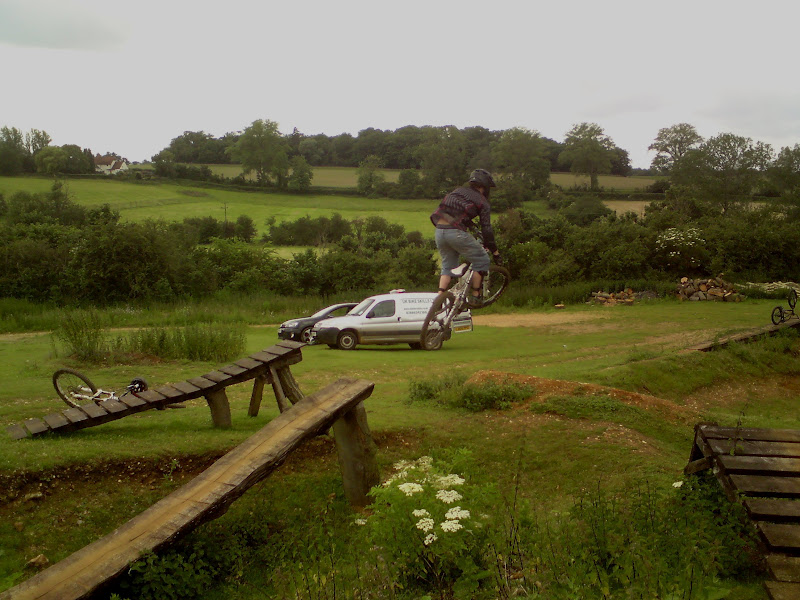 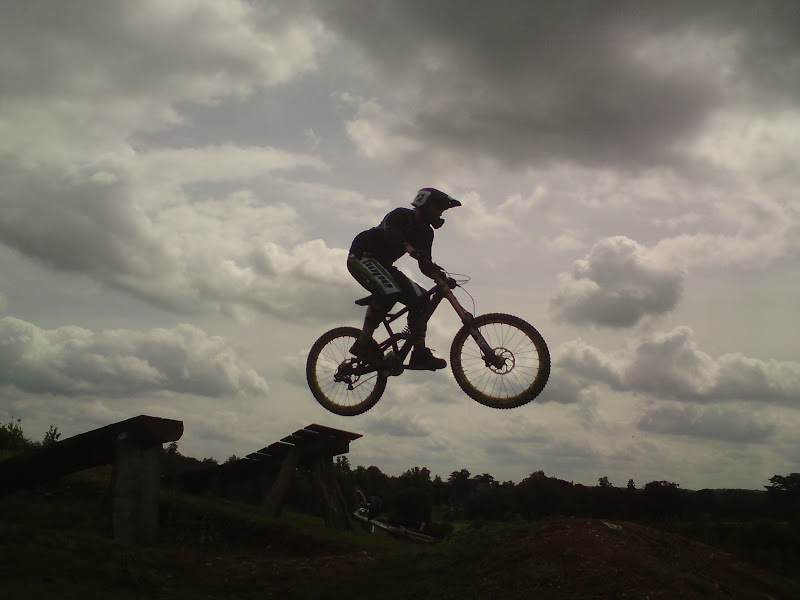 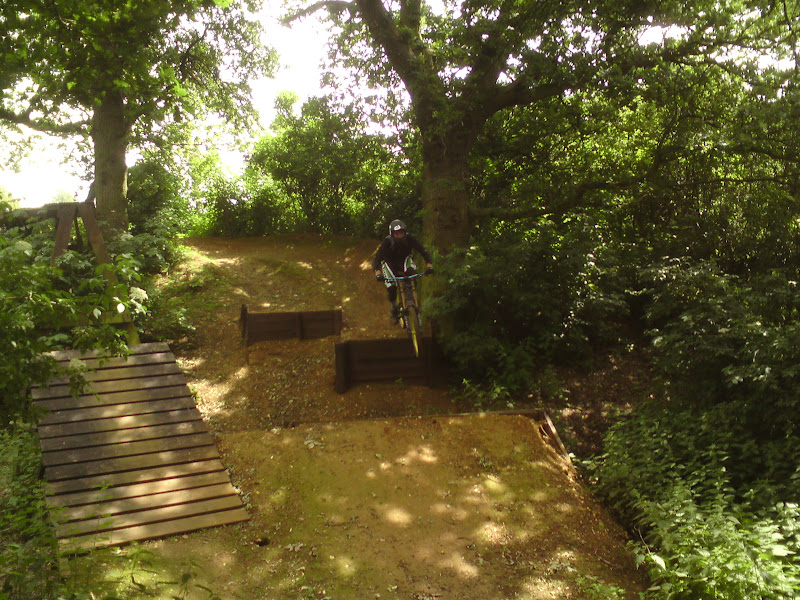 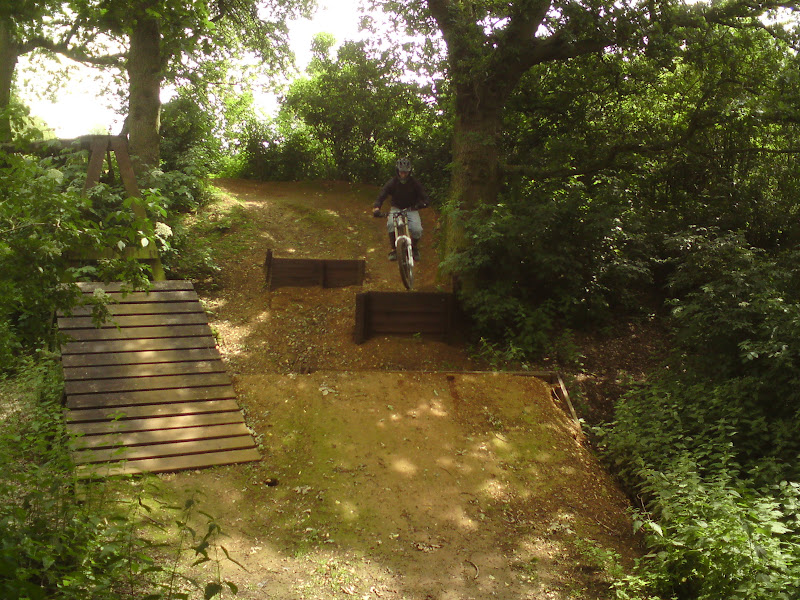 Rich and Tom made their way down from Leeds for their session and wanted to build their riding from the ground up. The skills check showed the missing skills and I began installing the corrections and made the very necessary set up changes. We began on the largest of the 3 drops and I soon was able to show why the skills applied to styling it in the air too.
In a short while we moved onto the skills trail and began working on linking all the sections on it together. Pre jumping, pumping, rock gardens and drops were linked with flat, bermed, off camber and switchback turns. I worked hard on their body positioning in corners and also line choice. It wasn’t long before they were flying down the trail and self diagnosing any errors too as they moved into unconscious action. We didn’t need to spend too long on the trail and we soon moved onto the tabletop and 6ft gap jump. They soon got airtime and sailed over both with ease. Things were moving along nicely and after a break, we moved onto the pump and jump trail where I demonstrated pumping, manuals and jumping and choosing which they wanted to do for each section.

I didn’t want to tire them out on that so we didn’t spend ages on it but long enough for them to get each technique. To their surprise I now moved onto a 12ft gap jump and they applied their new mental skills questions to decide they were going to ride it and not only that, they began styling it too!
Time after time they flew over it and I could see they were now tiring physically but I had one more trick up my sleeve and moved them onto a corner that links into a 9ft step down gap. Tom rode it and was slightly nose heavy but the following goes got it dialled.

Rich rode it 1st go and they both had smiles as wide as the gaps they had ridden today. Our session ended soon after with a tour of herts and a cold beer to celebrate a fantastic session of progression.