Richard puts his new Bandit 29er through its paces 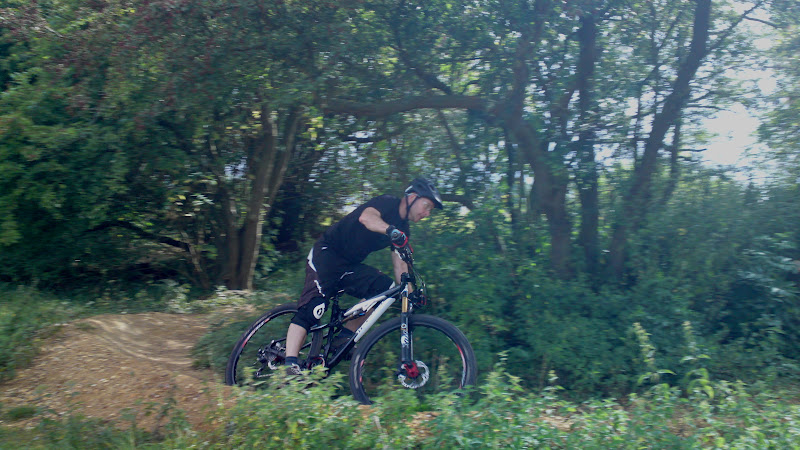 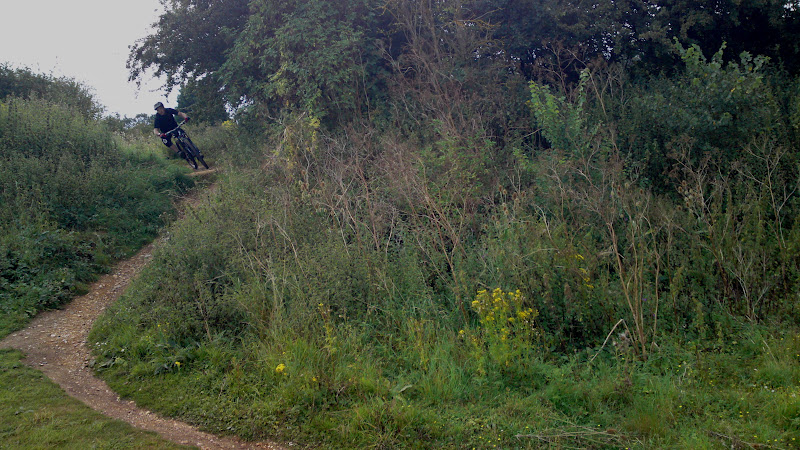 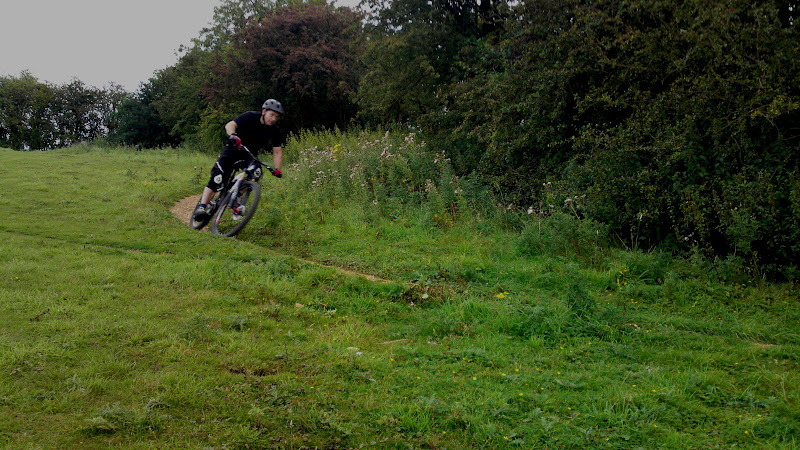 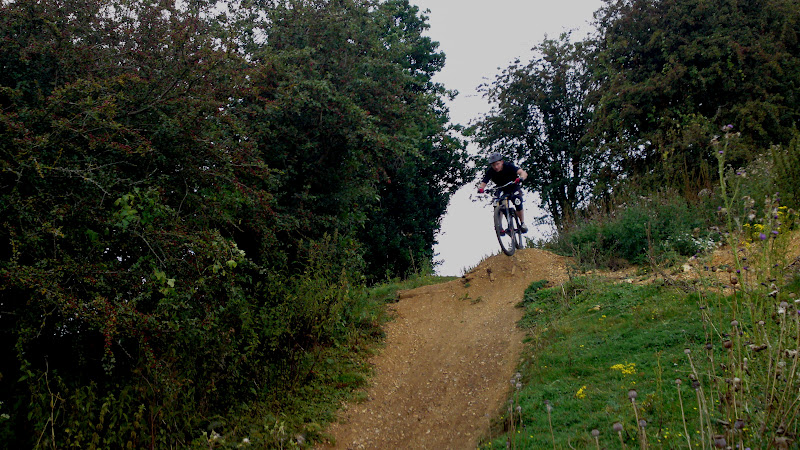 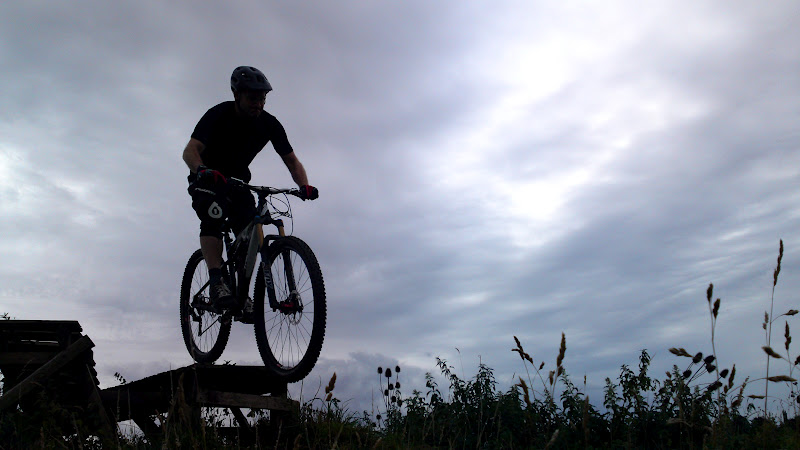 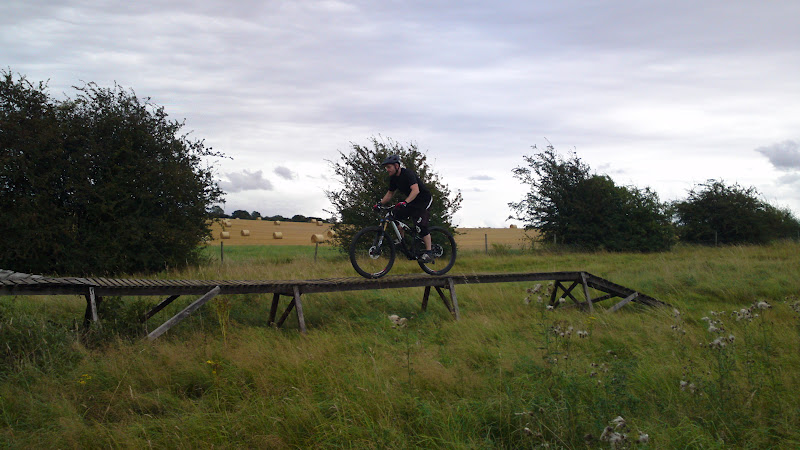 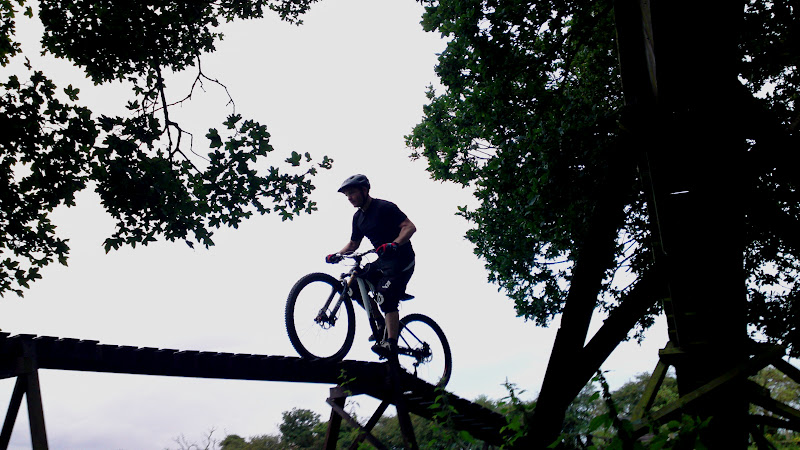 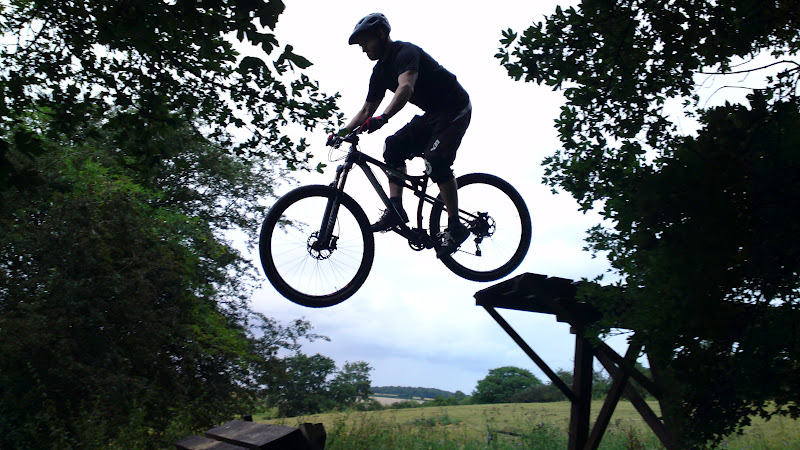 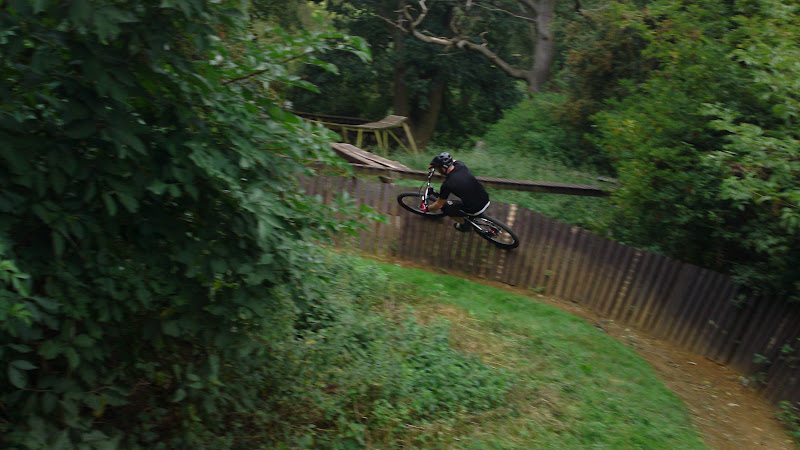 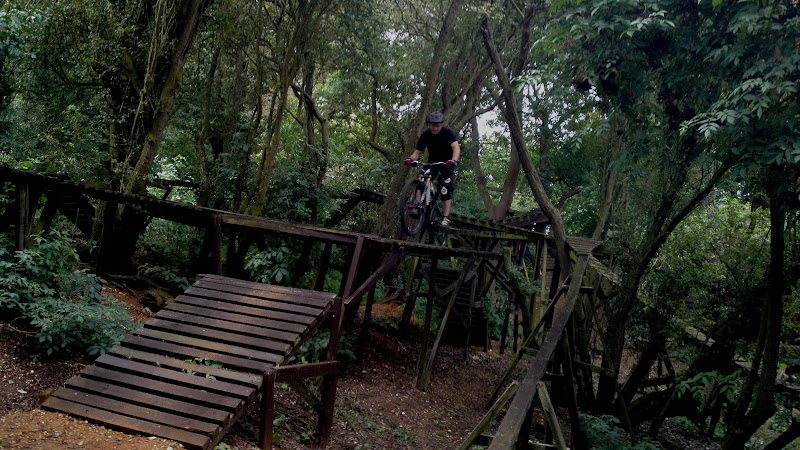 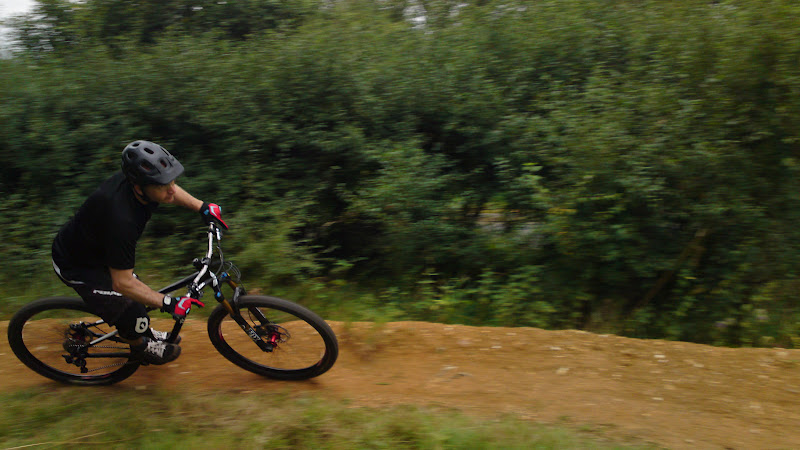 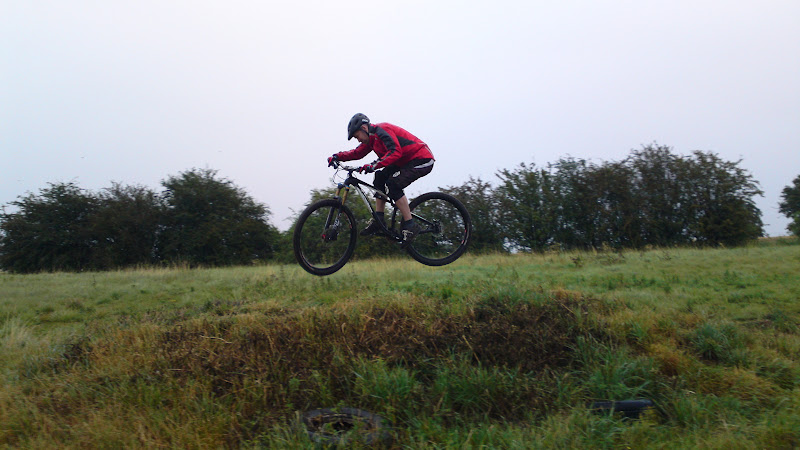 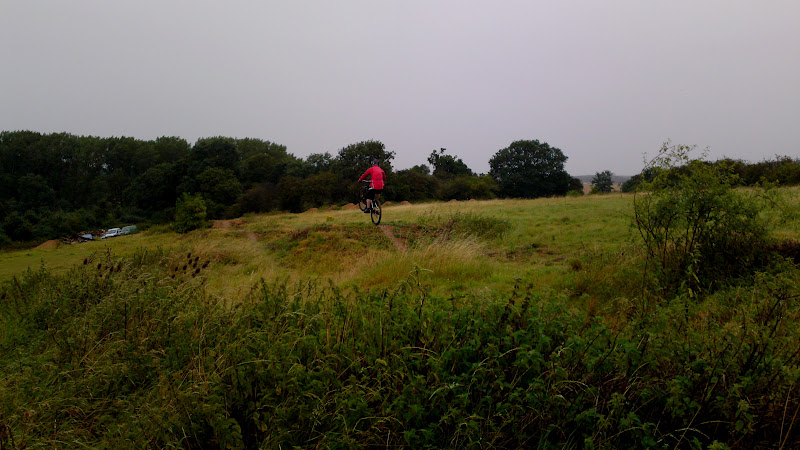 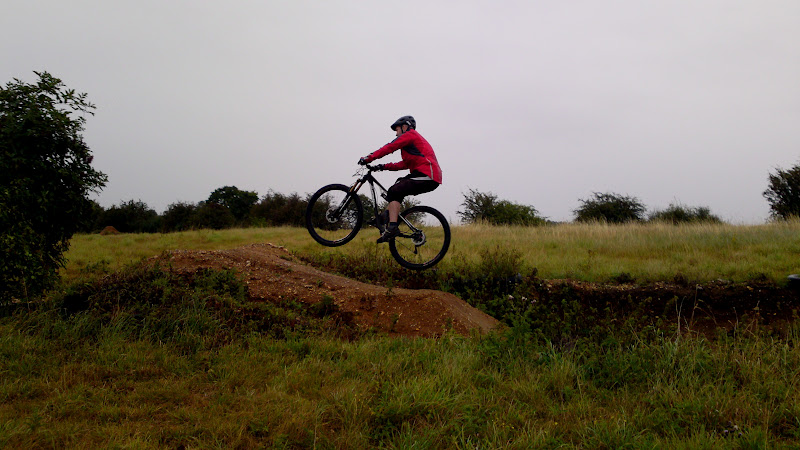 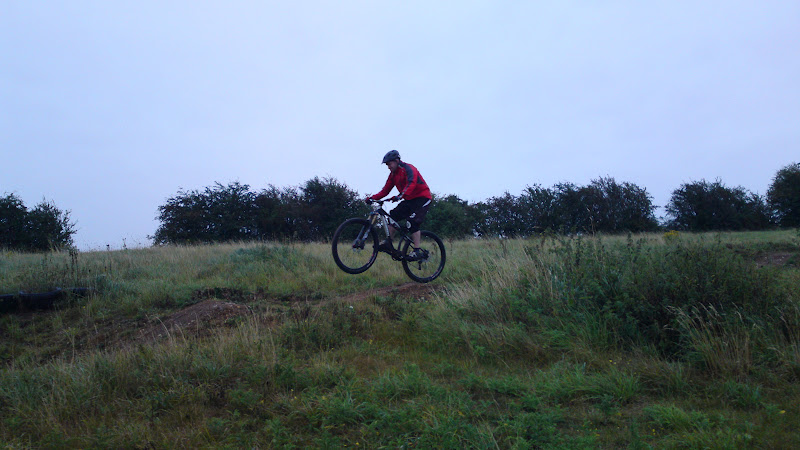 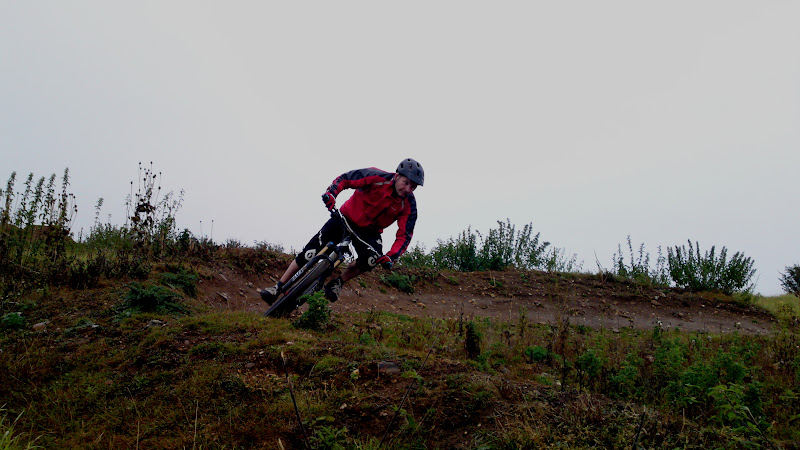 Richard had been coached by myself 2 years ago and wanted to return to tidy up his riding further and to move it on. I could see that he was one sided in his cornering and that needed work but the jump and drop technique I taught him was strong, but more of that later.
After the skills check I moved onto a cornering excersise to start to move his body positioning on the bike and enhance his grip and from there we moved onto the skills trail itself. Pre jumping, rock gardens, pumping upslopes, steps and drops were linked to flat, bermed, off camber and switchback turns. I worked hard on line choice and his right hand turns there.
I knew he wanted to learn to manual through doubles and tabletops but first i wanted to work on the woodwork to work on the mental skills. It wasn’t long before he was riding a small isolated drop and soon we moved onto a line that had a drop to wooden berm to a step up and down section. I broke it down and demonstrated before Rich had a go. It didn’t take him long to link all 4 sections together.

I then moved to an isolated right hand berm to work on his protection mechanism which occurred at speed before returning to the skills trail and Rich found the final turn way easier as a result.

For our final task I moved us onto another trail to work on pumping sections to gain speed to jump a 9ft tabletop and then to manual them too. It took Richard by surprise that he got tit pretty much straight away by just applying the same skill set I taught him from day 1.
After a few runs of the trail, Rich declared he was mentally drained so our session ended there.
Amazing progress dude.
High5!