Richard steps in for Anna 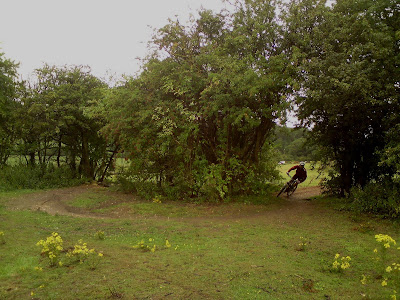 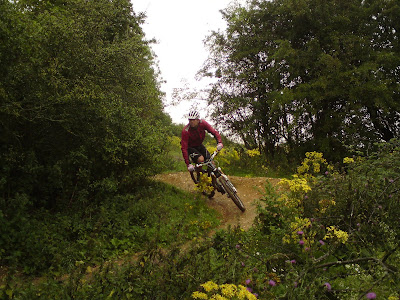 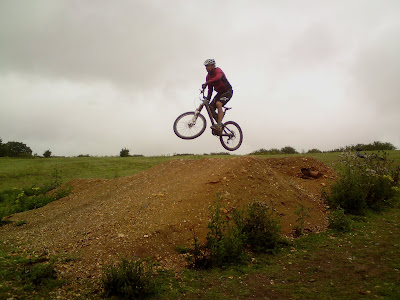 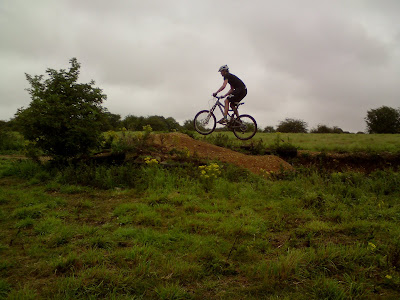 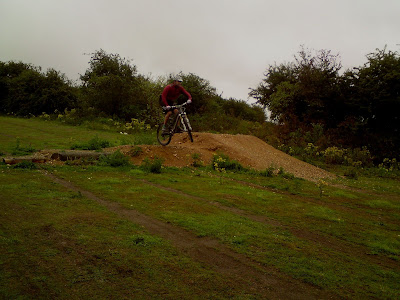 Anna was supposed to have a one to one today but she crunched herself on the surrey hills at the weekend and bust herself up bad, (healing vibes ) so her friend Richard stepped in .
He wanted to get more comfortable in the air but thought he was OK on corners, the skills check said otherwise.
The skills check revealed footwork, looking and body position faults in corners and a single missing skill elsewhere. Once I had suggested the corrections and showed him why, Richard immediately felt the difference.
we moved onto braking techniques before getting to the drops where I changed his body position and taught him to style it!
He was so surprised at how easy it was and after a good few runs we moved onto the skills trail itself.

I worked on pre jumping, pumping, rock gardens, steps, fly out jumps and drops. They were all linked using the correct braking areas to flat, bermed, switchback and off camber turns.
As we made our way down the trail, Richard got smoother and faster and even commented on the lack of effort. When he began riding the entire trail he was traveling ridiculously fast but in total control.
I then moved onto the 6ft tabletop and gap jump and styling it in the air once again. Richard used his new mental skills to ride the gap and style it too!

He was amazed how such a simple change in body position had such a great effect on his control in the air.

Finally, we moved onto the pump and jump trail. Here I showed how to develop the pump to gain speed to be able to jump. Richard really connected with the trails energy and began jumping straight away and after a few goes even cleared the step up too.

He began to make small errors so I could see he was tiring mentally so we called an end to the session.
I’ll see you soon Richard 🙂