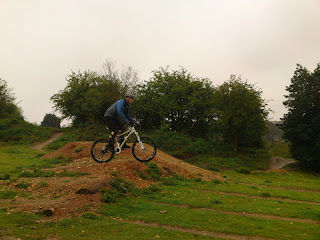 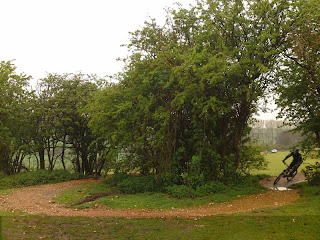 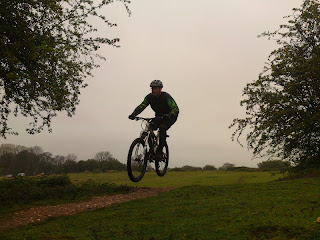 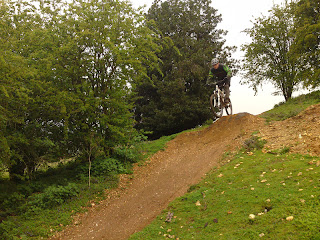 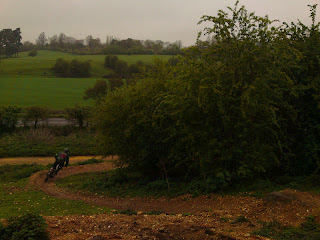 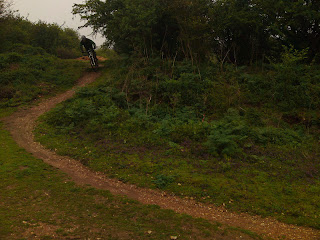 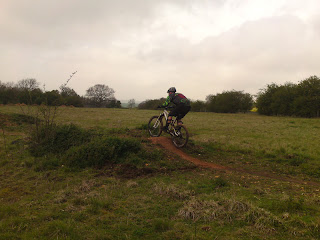 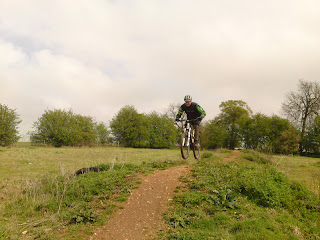 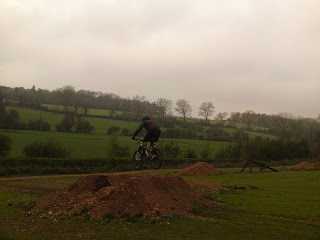 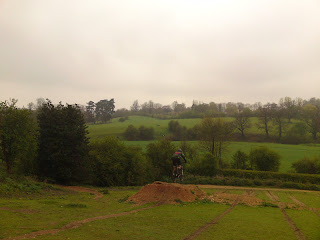 Richard usually rides in Surrey and came to me via recommendation. The rains stopped before we began and I started with my skills check where I corrected his set up and found body positioning, foot and looking skills errors. I began my corrections and moved us onto the drop sections so I could work on both the physical and mental skills involved in riding mtb. It didn’t take long before Richard was landing perfectly and after a few goes on all 3 drops, we moved on.
We moved onto the skills trail itself and we worked on basic pumping, flat bermed, off camber and switchback corners. Drops, steps, rock gardens and fly out jumps. I demonstrated everything piece by piece and eventually Richard was riding the entire trail end to end. Each run was faster and smoother than before as his new skills shone through. I worked hard on line choice when linking drops into corners too as it has a dramatic effect on smoothness.

It wasn’t long before we moved on. Now we went on to jumping the 6ft tabletop and gap jump. Once again I demonstrated and soon Rich was sailing over them both easily as he used his skill set.

For our final application of the skill set, I moved onto the jump and jump trail so Richard could generate speed through sections to be able to jump others. It took a while, but he got it and our session ended as mental fatigue began to show.
Great session Rich!
High5