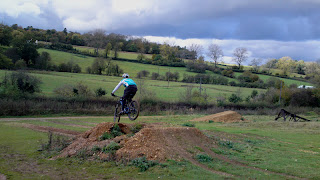 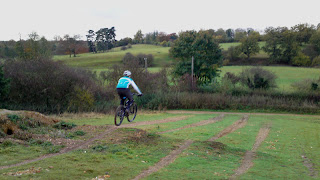 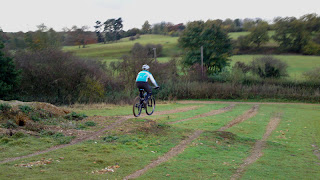 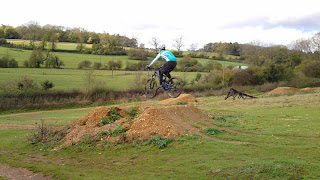 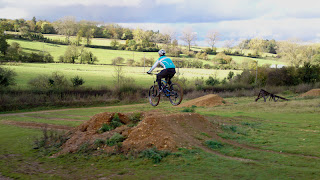 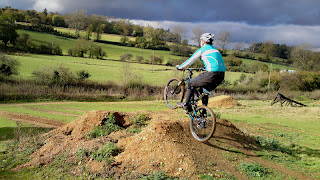 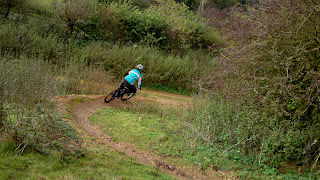 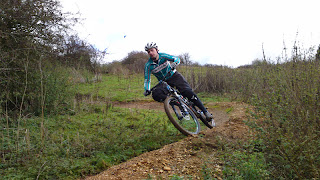 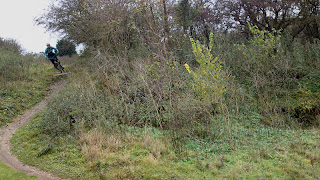 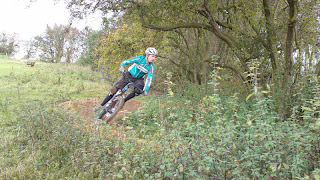 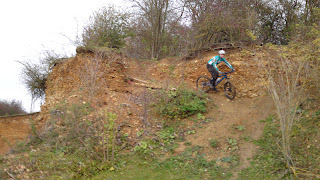 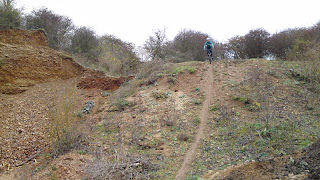 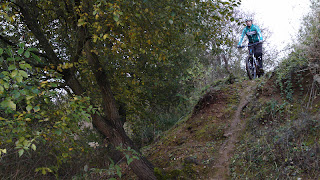 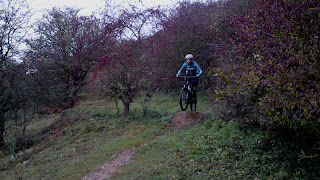 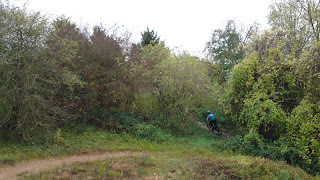 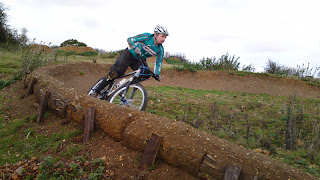 I coached Richard on a group session in the rain 8months ago and he wanted to return for a one to one session to help his riding further.
I wanted to work on his body positioning and the application of the mental skills so we began with drops.
Last session he rode the largest drop only once but now, after some corrections he was beginning to style it too!

Over and again Rich rode the largest drop and soon it was time to move onto something he thought maybe possible at the very end of the session, jump the 6ft tabletop. It took no time at all to get him sailing over it and he then applied his mental skills to ride the 6ft gap jump side too!

I moved him onto the lower half of the skills trail to apply his skills sets to abosorbing rather  than jumping ..

and then linking that section to steps, drops and corners too. The ease of it all was striking to Rich and soon it was time to work on another of his fears, riding steeps. I worked on alpine style switchback, high steep slopes, near vertical slopes and slopes into corners and Rich used his mental skills to decide for himself if he could ride them or not.

We moved onto another trail and linked off camber steep into a corner and linked it to a jump and more corners. The mental side of the coaching was tiring him out quickly and we ended our session on the pump and jump trail with Richard trying the same skills and techniques on his hardtail too.
Awesome session.
High5!