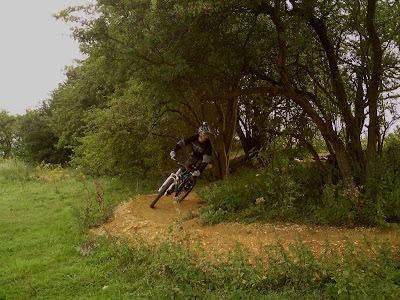 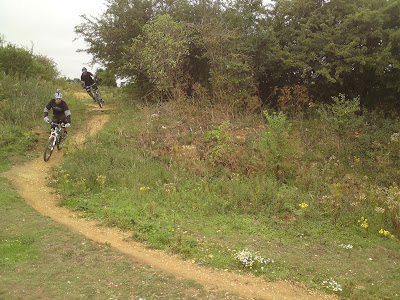 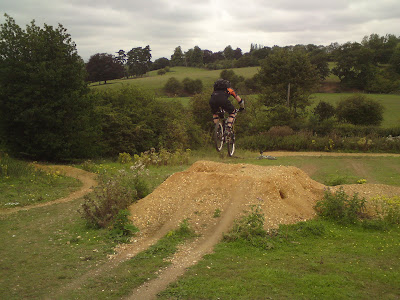 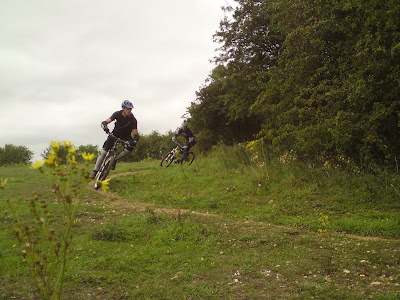 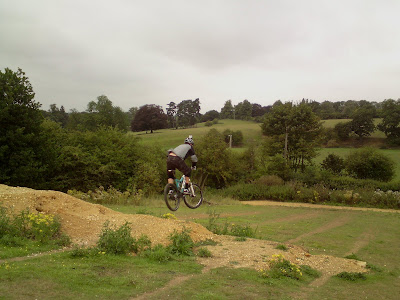 Rob and Drew have been riding for yonks and wanted to tidy up and bad habits that had formed over time.

The skills check revealed some great habits and also the ones that needed developing, so I set to work.

A little set up tweak enhanced a missing skill and we moved onto the drop sections to work on body position and beginning to style once airborne.

We moved onto the skills trail and worked on advanced pumping and linking the sections on the trail together.

Flat, bermed, switchback and off camber turns were linked to rock gardens, fly out jumps, steps and drops.

We linked them together using the identified braking zones and soon they were flowing down the entire trail, taking it in turns to lead so it felt like a normal ride.

After a while, we moved onto the tabletop and 6ft gap side and worked on the mental skills before again, style in the air. Once again they lapped it up as they used their new,simple skill set to great effect.

Finally, we moved onto a 9ft gap jump and linked it into a corner too. Both Drew and Rob asked themselves the mental questions and nodded when I asked if they were ok to ride it.

Wooosh, One at a time they rode it easily and linked it to the preceding corner too.

After quite a few runs we called an end to the session and I demonstrated The same skill set I teach in use in my own riding on the woodwork of herts.