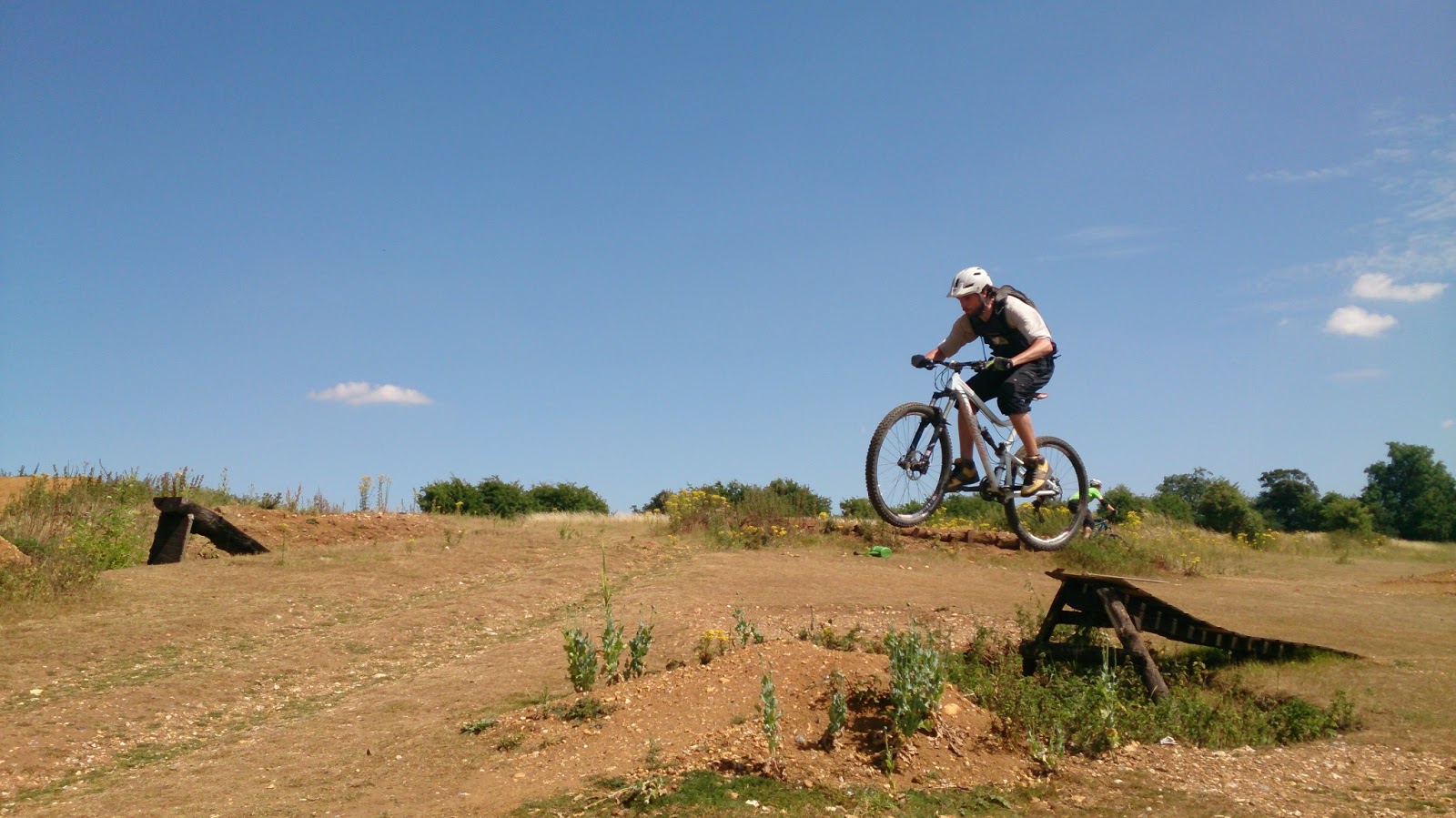 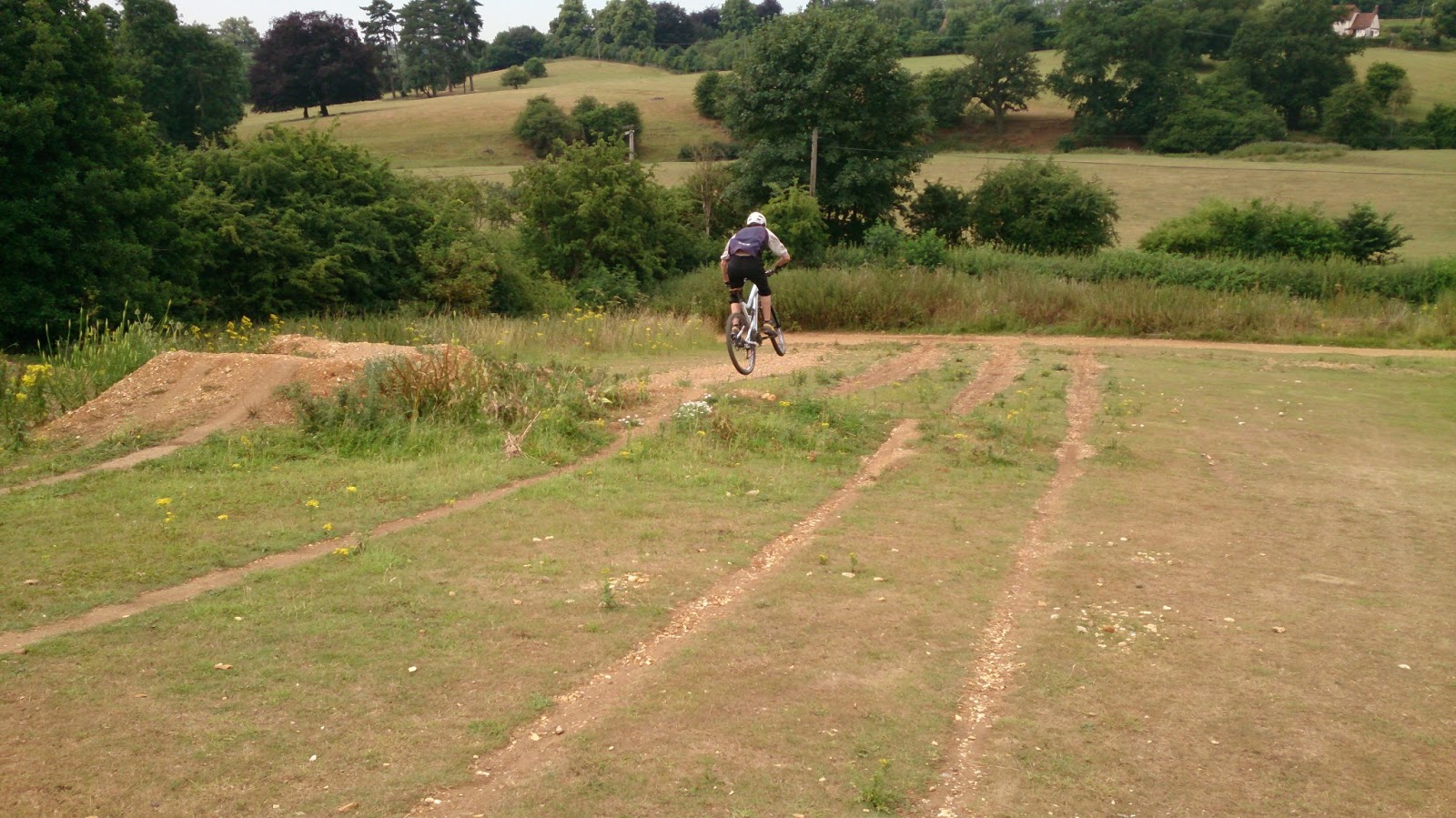 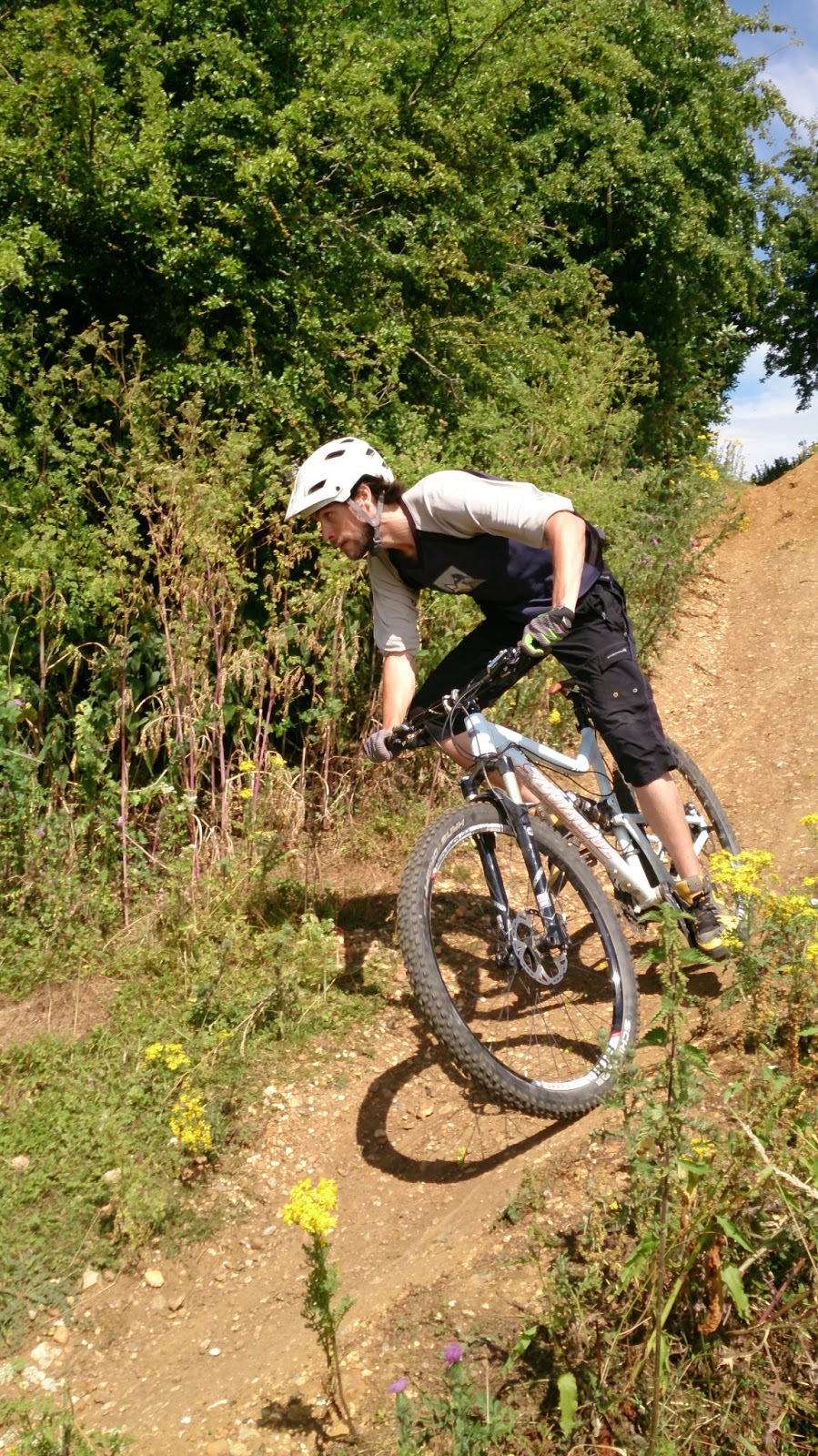 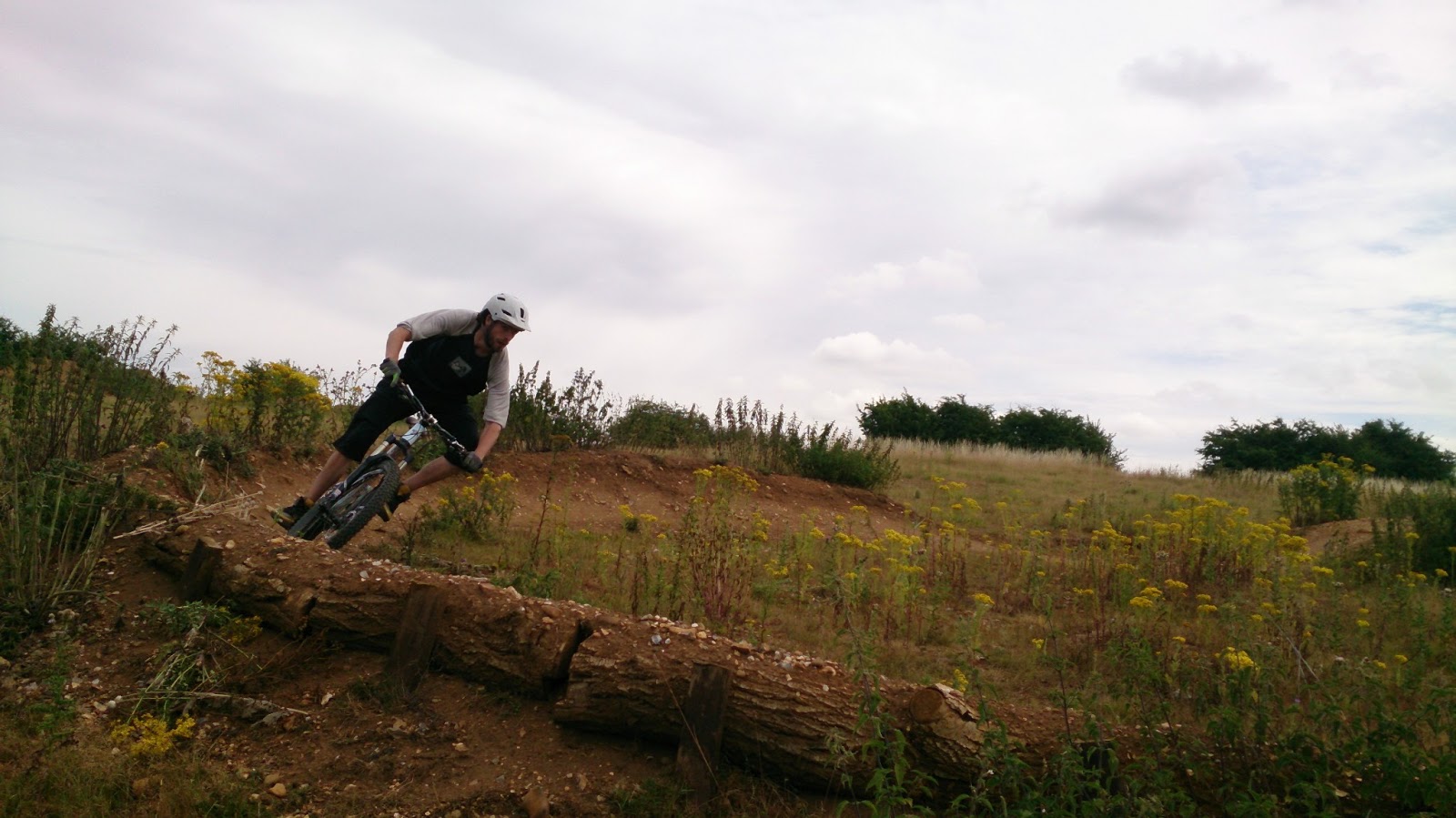 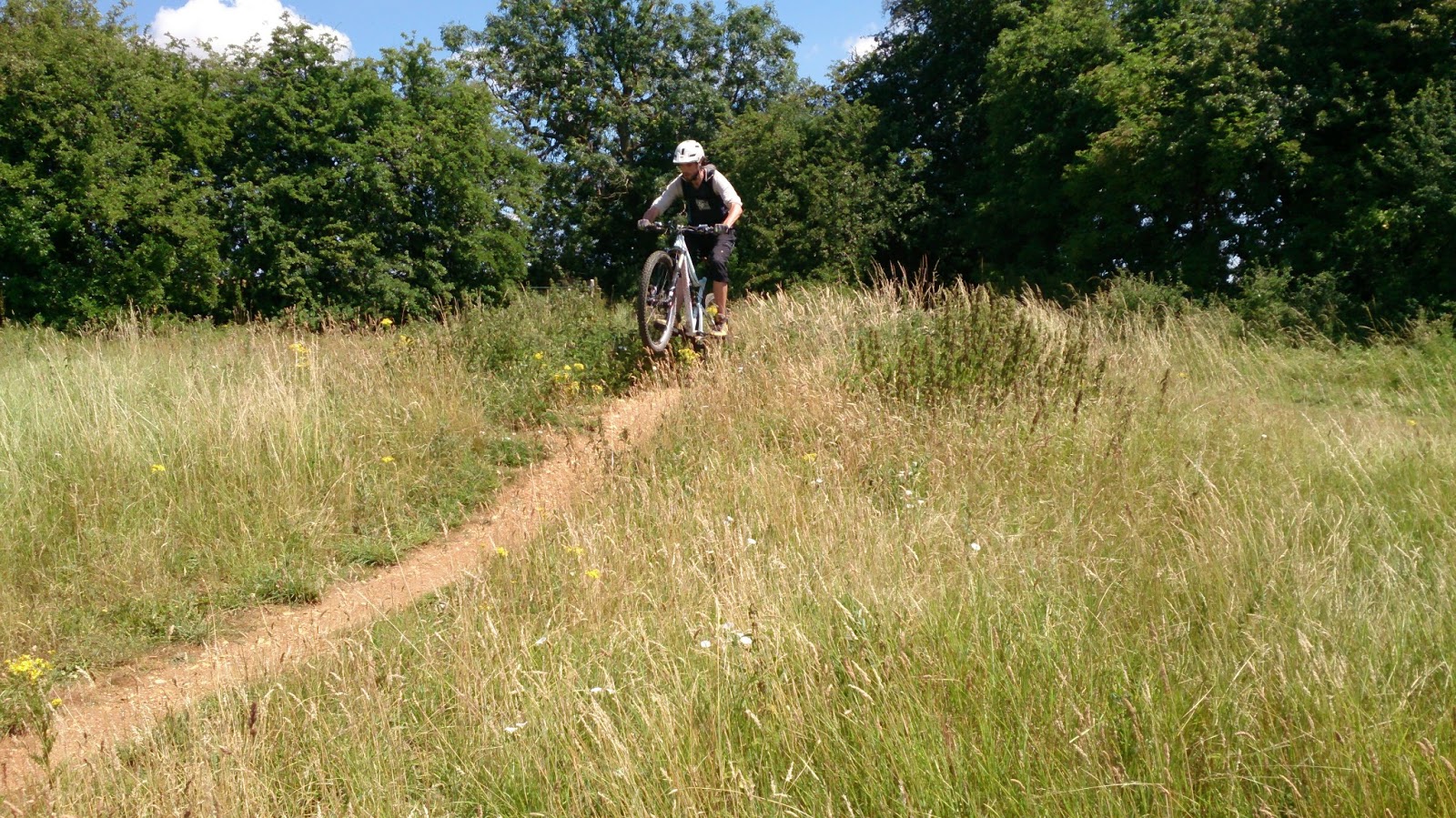 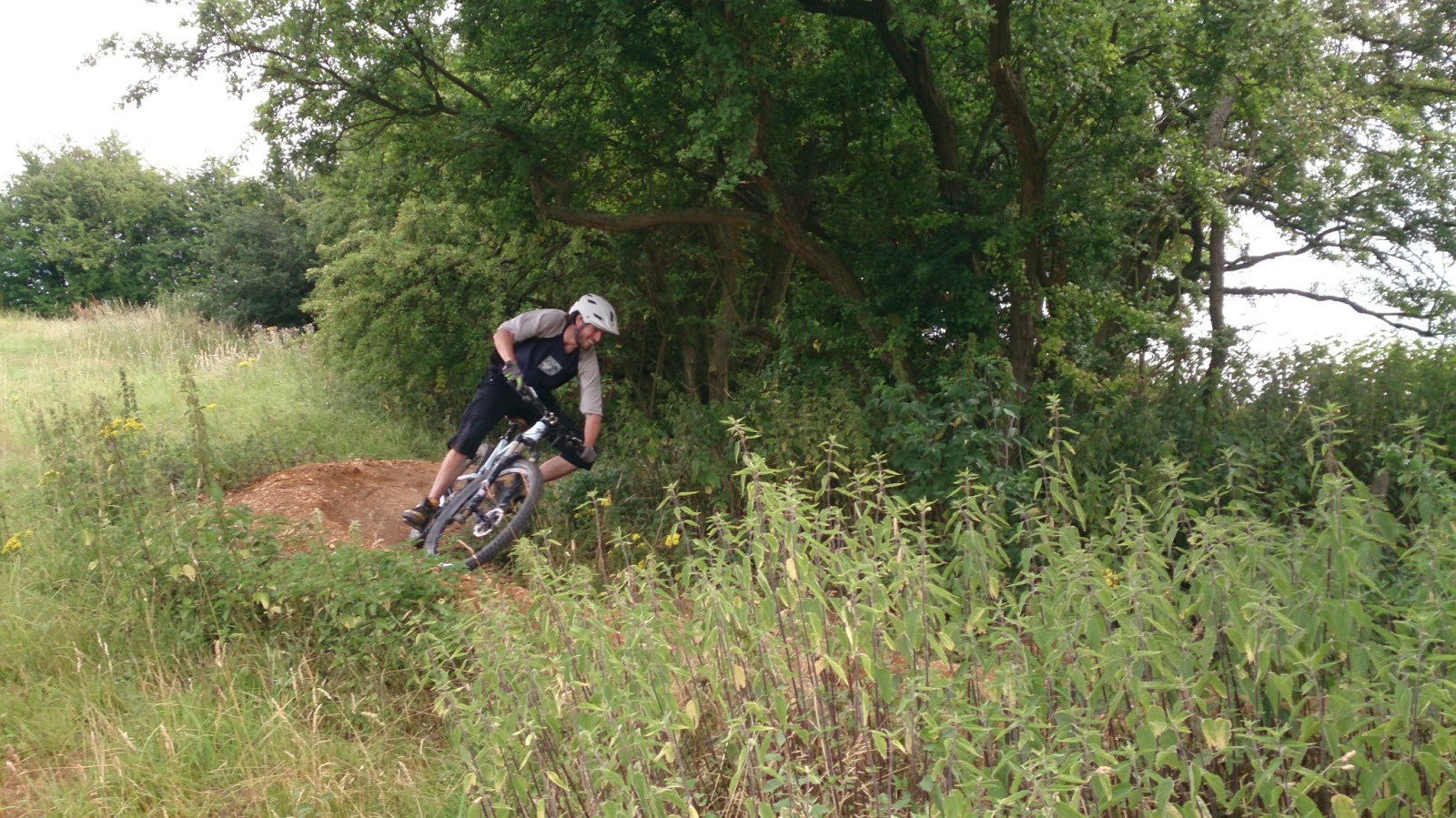 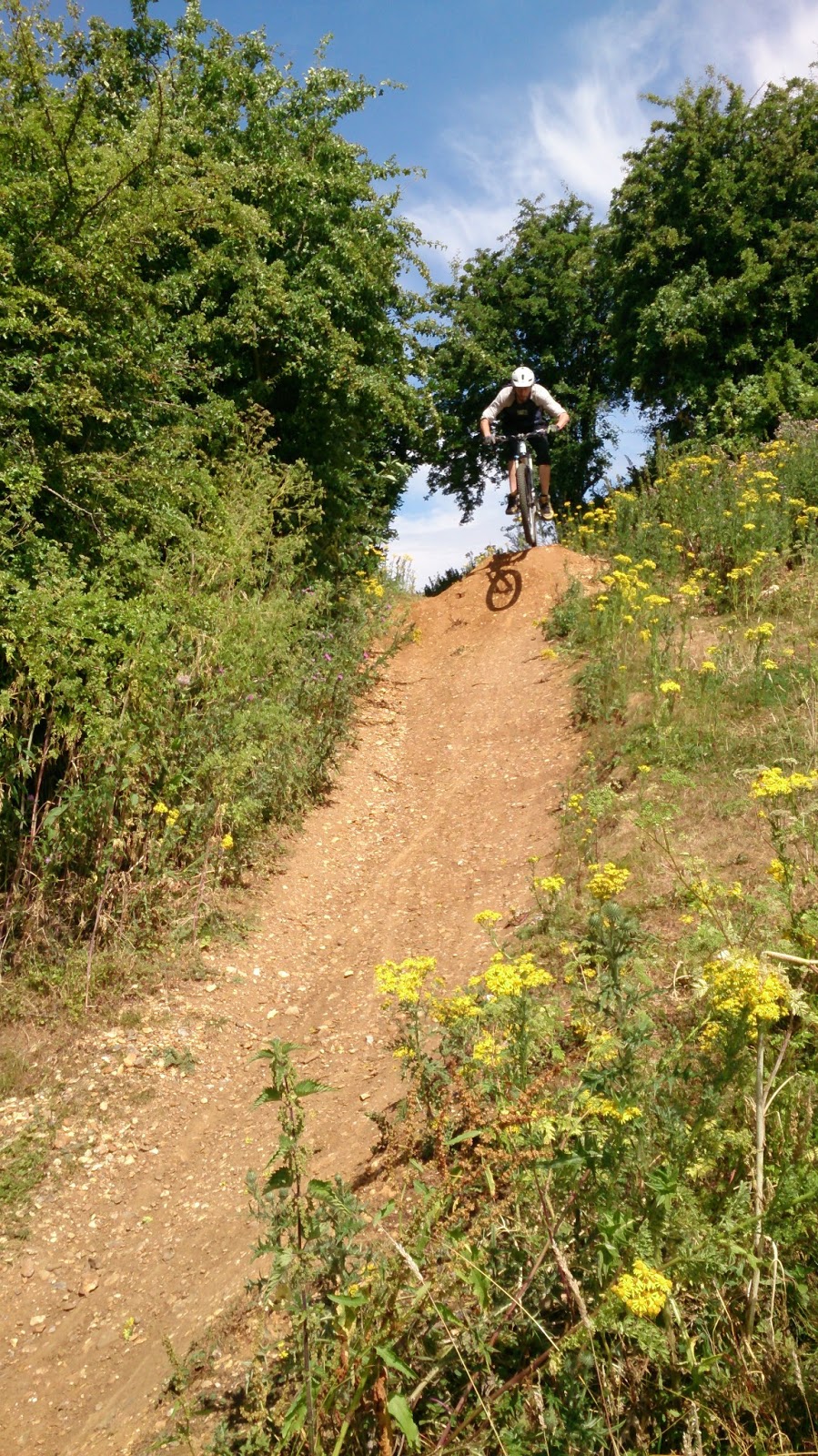 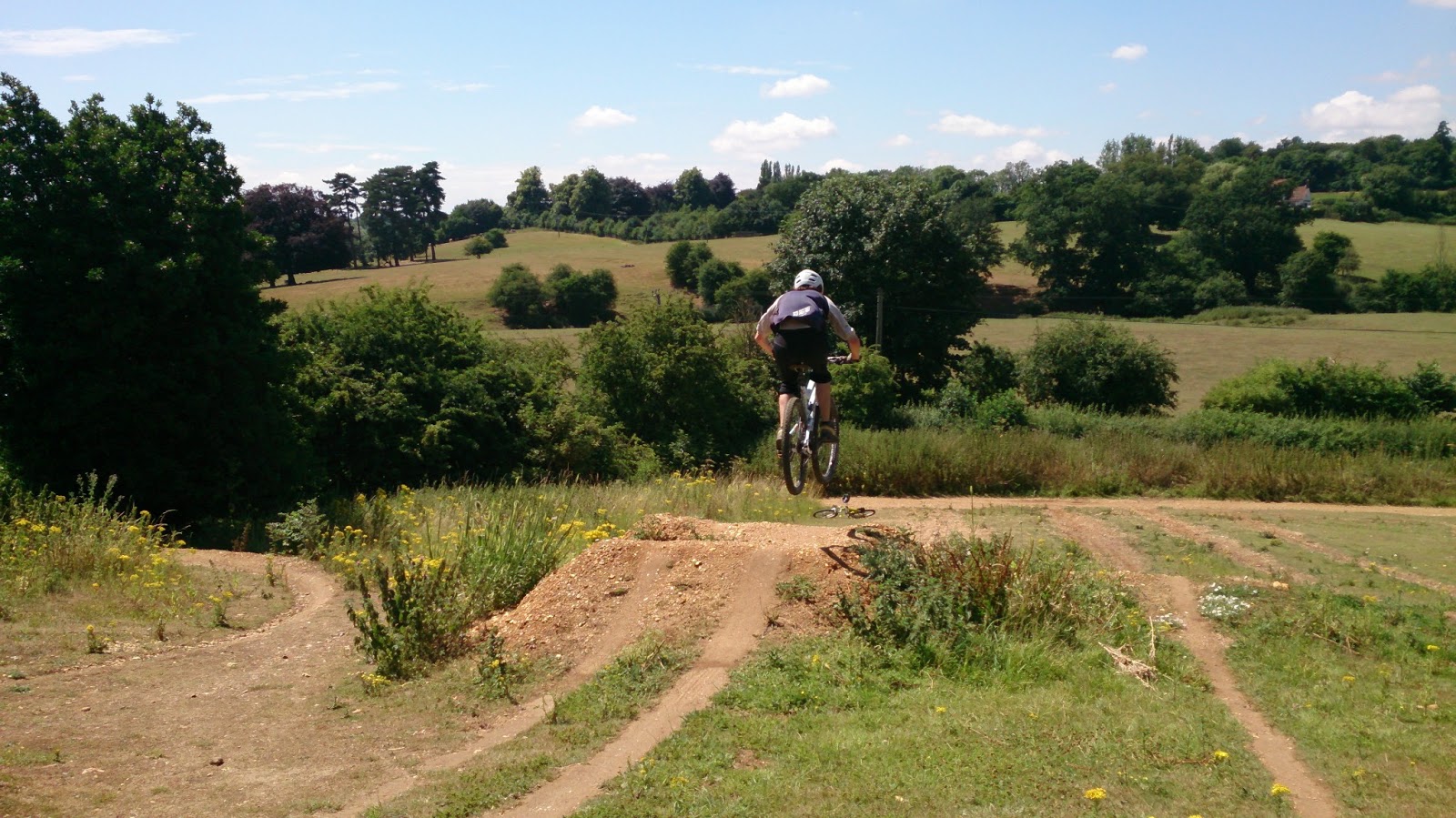 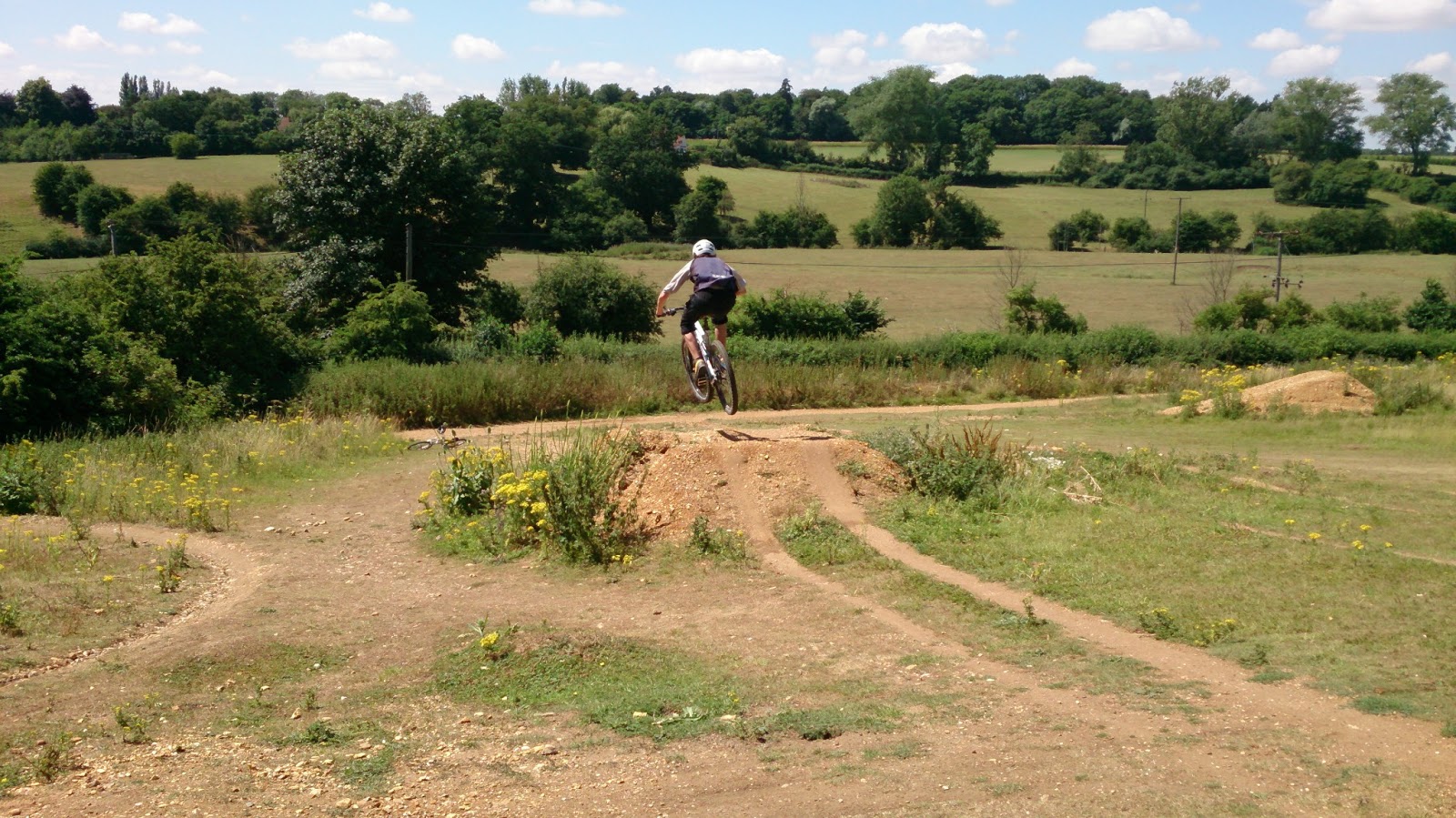 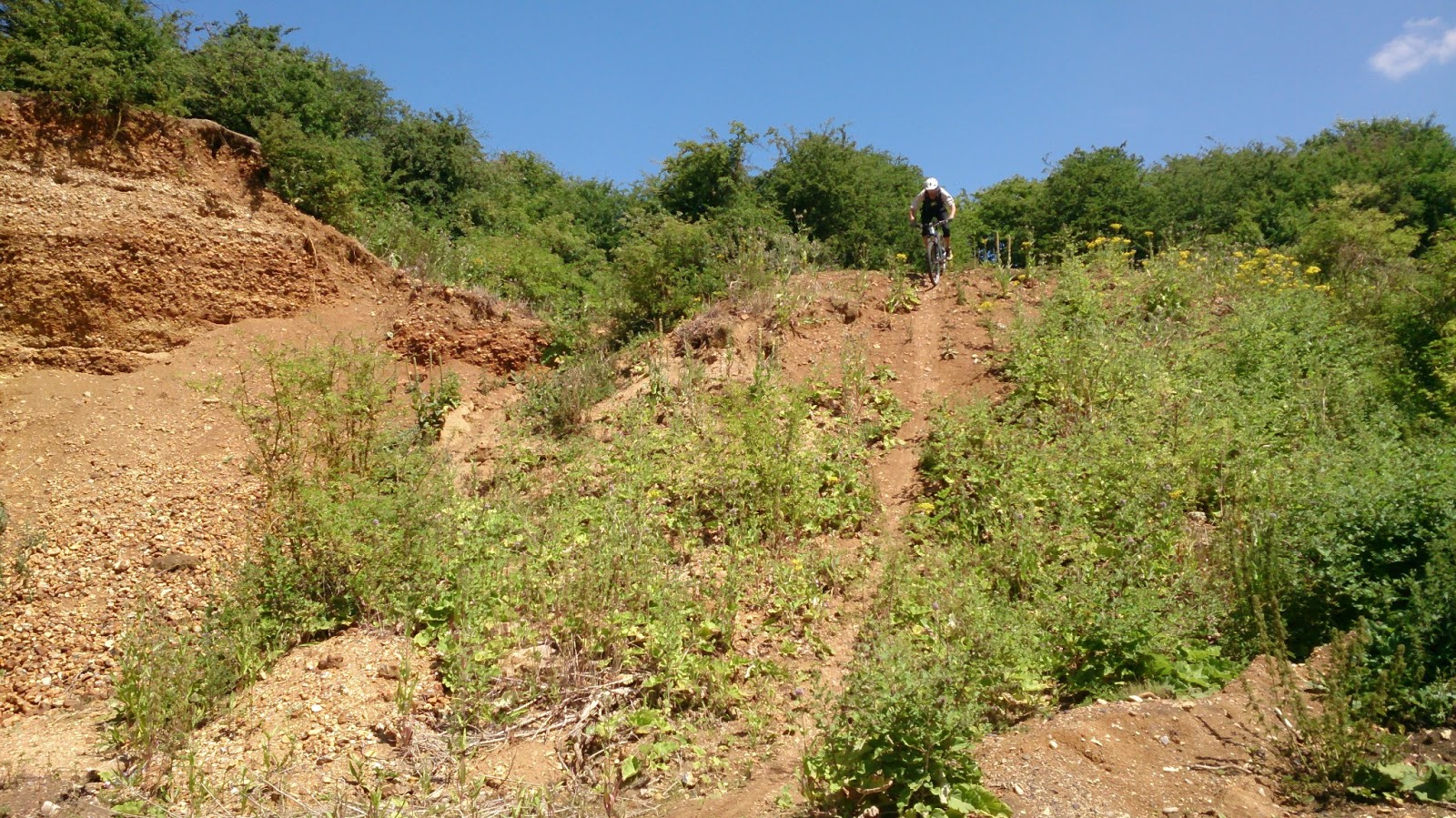 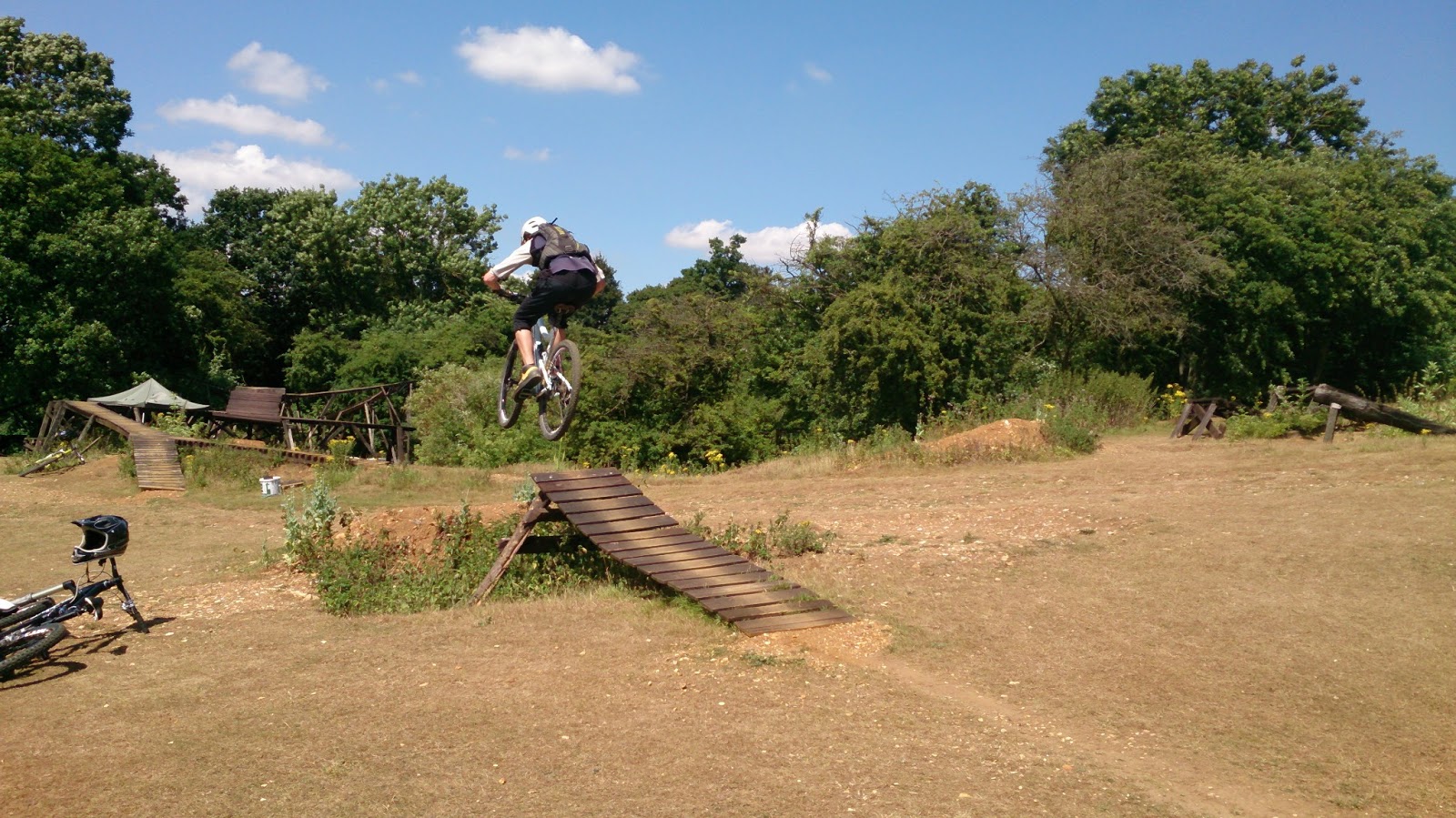 On meeting, I found that sam was missing body positioning and looking, so I began working on this with a set up change to assist me. We quickly moved onto drops, where I explained the mental skills set, and he used this to be able to ride of the largest drop, and began styling it up in the air. I then took him to the top of the skills trail, where we worked on pumping, and linking this with both bermed and flat corners, and rock gardens. I then showed him two isolated berms, where I showed him how to carry speed through the two corners, and he was soon riding them well. We had a quick break, and when we resumed, we worked on the whole skills trail, and sam was soon linking the 14 sections together, riding quicker and more in control than he has ever felt before. I then showed him the tabletop, where I managed his speed, and found a speed that matched his jump technique, in order to fly across both the tabletop and gap jump, and landing perfectly the other side, and even started to make it look nice in the air. I then moved him onto a pump and jump trail, where he now had to pump to gain his own speed and was beginning to choose whether to pump, jump and manual through the sections. He linked this with the two corners I showed him earlier, and finished off with a wooden gap jump. Mental tiredness brought our session to an end, and I look forward to hearing how the ridings going on.
High 5!
By Tony Doyle|2013-07-24T14:51:00+00:00July 24th, 2013|Uncategorized|1 Comment