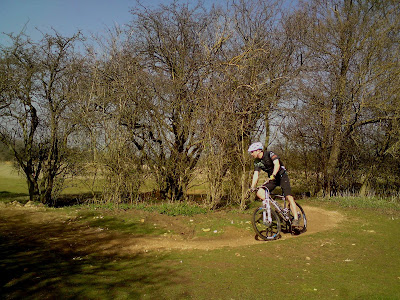 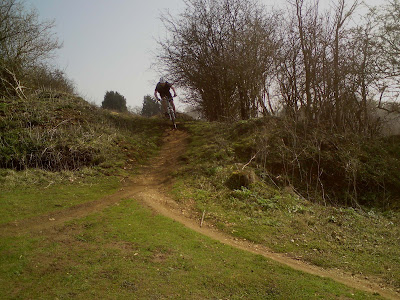 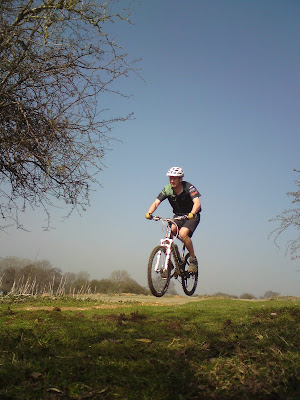 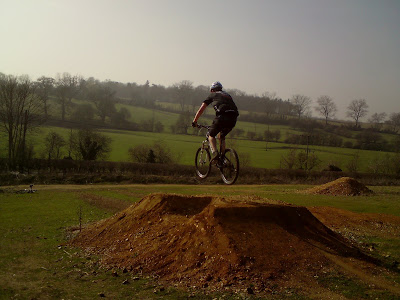 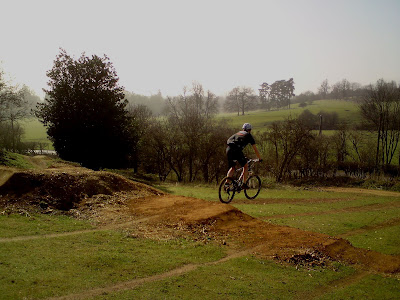 Simon has been to other coaching firms over the years and was never that happy with the result. One gift voucher from his wife later and his path led to me. On meeting I ran him through my skills check and I found partial footwork but also that he was bereft of looking and body positioning too. I adjusted his set up and set to work as ever, with drops.

I uncovered a natural push and once I had removed what was bogging it down he began landing perfectly and rode all 3 drops using both his physical and mental skill sets. He had always wanted to learn jumps and drops but now he knew why he couldn’t previously but more importantly, knew why he could now.
I moved onto the skills trail and it’s 14 sections and I broke the trail into bite size chunks before linking them all together. Flat, bermed, off camber and switchback corners were linked with pumping, steps, rock gardens, fly out jumps and drops. I worked on line choice when linking drops into corners and before long Simon was riding the trail end to end. Each run showed a new confidence and control he’d not had before and was now traveling so much faster as a result. I could see that he was beginning to show signs of mental tiredness, so i gave him an energy gel to hold that process up and moved us onto what he never thought he’d do again, jump!

After a demonstration, Simon agreed to have a go and in a few small steps he sailed over the 6ft tabletop, the look of almost disappointment on his face was funny as he always thought it would be a lot harder to do. A few more runs and the same result had him riding down to the gap jump side which he sailed over and the giggle rang out as the kid who used to jump off planks of wood on piles of bricks came back out to play. A couple more runs and the same result meant our session ended and we retired to the pub for a pint in the warm sunshine of the day.
High5 Simon!