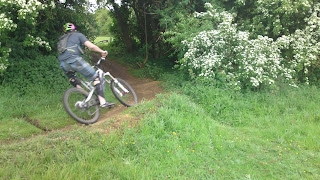 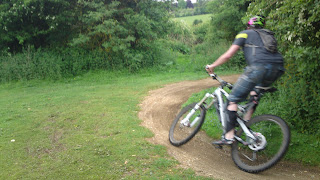 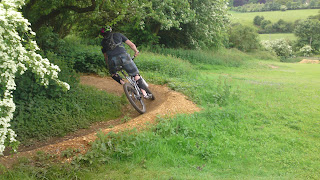 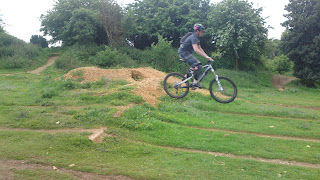 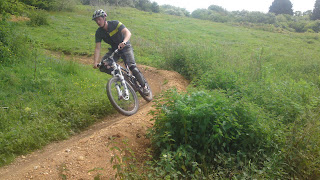 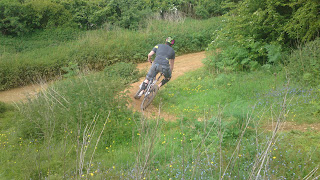 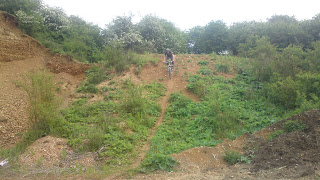 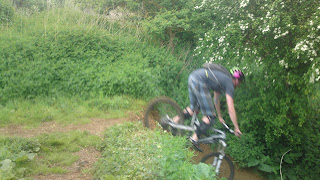 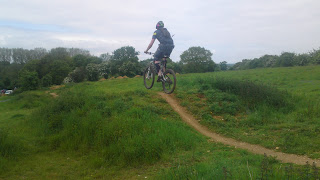 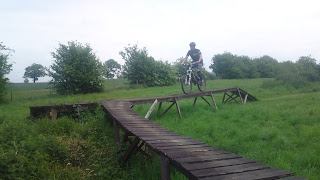 I started the session with the skills checks, where i discovered that i needed to work on all of the key elements in his cornering, but that he unweighted the bike naturally, and i just needed to work on looking, and explain the importance of where to look. He quickly understood what was needed, and after a few set up changes, we moved on. Before moving onto the trail, i gave Simon a quick cornering exercise, where he could experiment for himself how a correct body position can be beneficial in cornering. After a few goes at this, i moved him onto the first half of the trail. Here, he was linking bermed and flat corners, and rock gardens. I then moved him onto another trail, where i demonstrated pumping and how you can use this technique to gain speed in a trail. After this i showed him the drop technique, and explained the mental skill set, which Simon used to allow himself to ride off of the largest drop and land perfectly. I then showed him the last half of the trail, where he linked again both bermed and flat corners, fly outs, steps and drops, and was soon flying down the whole trail. I then showed him some steeper stuff, and showed him how his new set up aided him in being able to roll down them perfectly. After a quick stop for lunch, i moved him back onto the pump trail, but this time, showed him to jump rather than pump through the section, and Simon was soon riding the whole trail top to bottom, deciding for himself when to pump and when to jump. The session finished due to mental tiredness after i showed him a ladder drop, which he rode nicely and landed perfectly.
Great session Simon!
Nath.
By Tony Doyle|2013-06-01T14:20:00+00:00June 1st, 2013|Uncategorized|0 Comments