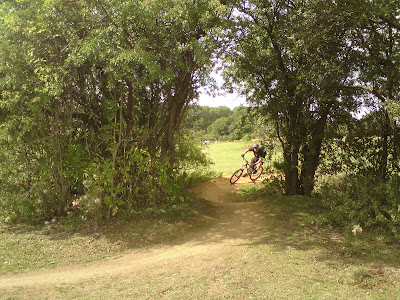 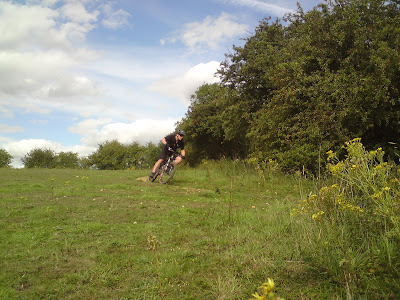 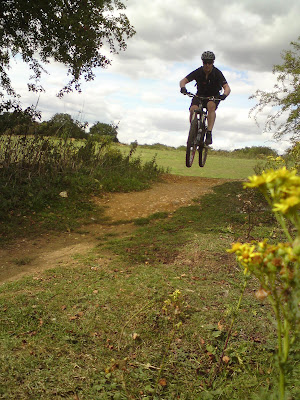 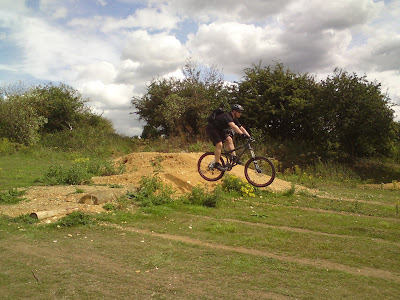 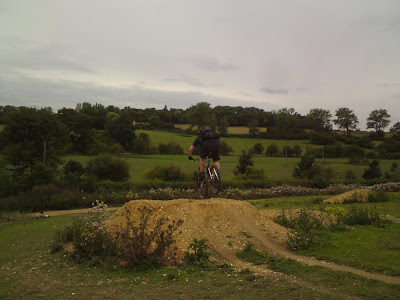 Steve came to me for a skills polish. He has ridden off road for years but wanted to improve.

The skills check let me see the areas that need work but also uncovered a natural unweight of the front wheel that was only held down by a missing skill.

I corrected his set up and set to work on installing a mental and physical skill set.

We began on the drops and using his natural unweight technique, now enhanced he landed perfectly straight away, much to his surprise!

Steve then rode the next 2 drops with the same result and remarked on how easy it felt.

We moved onto the skills trail and I broke it into segments so we could focus on the sections contained in each before adding them to the next.

It was clear quite quickly that Steve was beginning to really shift around corners as he pumped the undulation on the trail to gain speed. Looking,footwork and a change in body position made a big difference to his fluidity and as he began to relax I could see I was looking at a fast time for the whole trail over all.

I used Steve’s experiences in other sports to awaken muscle memory and add context to what we were trying.

We worked on linking drops into corners and line choice whilst doing it and Steve really began to change his riding.

We rode the trail end to end and each run was faster than before. He shaved seconds off the trail and ended joint fastest on the trail with Grant and Barney from a previous session.

Lastly, we moved onto jumping tabletops and using the 6ft tabletop I showed why his natural unweight applied here too.

The smile on his face as he sailed over the jump was awesome to see as the kid in him came out and giggled whilst in the air.

After a few goes, Steve then decided himself to ride the gap jump side too and again he sailed over it.

The session ended and I gave a riding demonstration of the same skill set in use in my own riding on the Herts woodwork and dirt jumps.