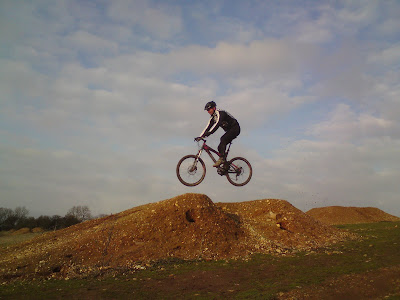 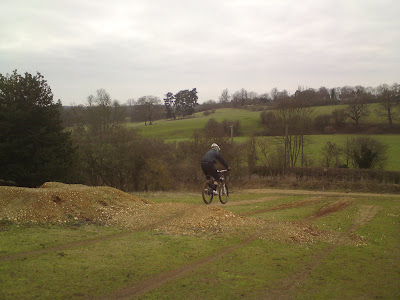 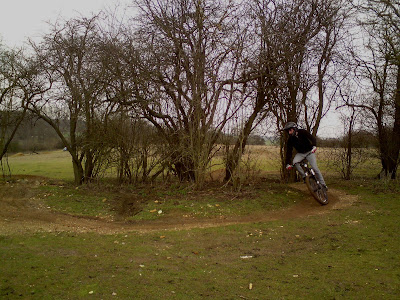 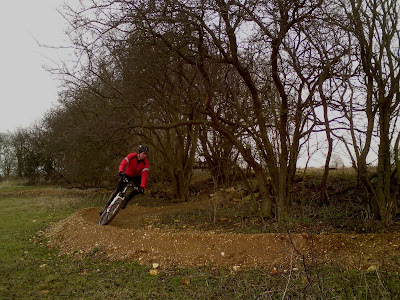 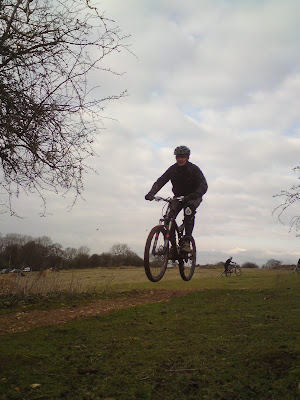 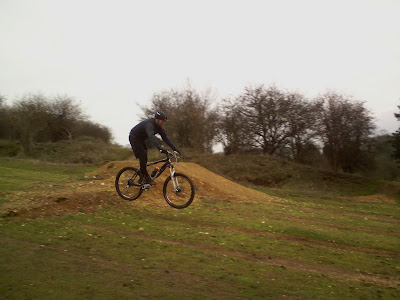 Team raven guys Tim, Josh, Luke, Graham, David and John made the journey to me from Bath and on arrival I wasted no time and started with the skills check. I found looking, feet and body positioning skills were missing and I made the necessary set up changes and set to work.

We began with applying the simple skill set, both physical and mental, to the drop technique and the ease of it all surprised them all. In 20 years Graham had never got his wheels of the ground and now it all changed. I was even able to show why the same skills enable riders to move the bike in the air and style it too.
From there I moved them onto the skills trail and I broke the 14 sections contained within it down to bite sized chunks and began working on gradually linking them together.

I demonstrated basic and a more advanced pumping technique and why you use this energy to connect to the trail. We used the gained speed to ride the following berm and flat corner and their new skill set meant that they were already becoming smoother and more controlled, the speed came naturally. I added a rock garden and two more corners into the mix and again, they all rode them easily. Now that they were linking six sections of the trail together using the identified braking zones I was able to add in a fly out jump and corner with a step in the exit and I showed why you would apply the skill set again to absorb sections to gain control. soon they were linking drops into corners too and they began riding the entire trail end to end. First they did it alone and the flow really came to the fore and later they rode as a group. This was cool to watch as they all rode with a big smile on their faces and felt confident as they committed to each section.

Lastly, I moved them onto the 6ft tabletop and gap jump. They now looked apprehensive but as I demonstrated why the skill set applied here too their fears disappeared and in no time at all they were sailing over the tabletop and some even rode the gap side too, styling it in the air!
They rode it well into double figures each before tiredness began to show and the session came to an end to smiles all round. After my week away in Chamonix learning to snowboard it was great to get back to what I love doing and this was the best way to do so.
Great riding guys!