The evolution of Neil’s riding 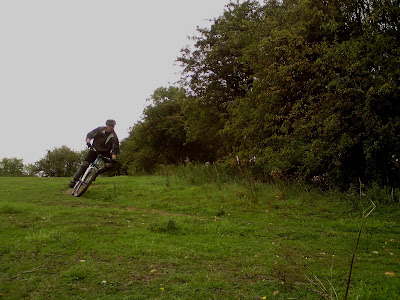 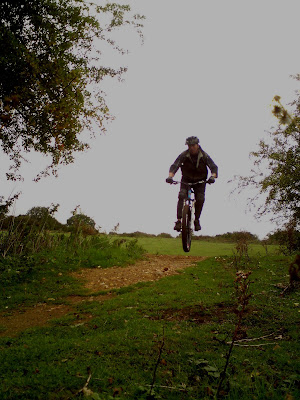 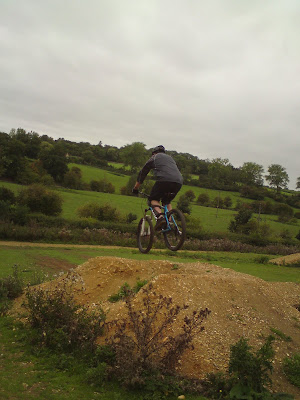 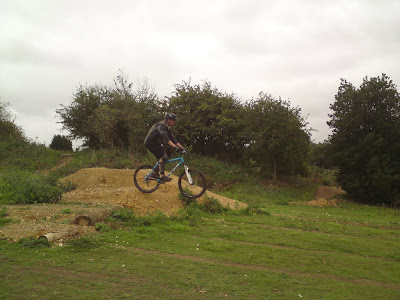 Neil came to me having ridden for 20 years and felt he had plateaued in his riding. After camping the night before at the skills area, we met as arranged, and I began with my skills check.
This revealed a natural unweight that was held back by a missing skill and also I could see a natural body position habit in cornering that needed enhancing with vision and footwork skills.
During the check I made a couple of set up changes and Neil could feel the difference immediately as we moved to the drop technique.
It took only a couple of goes on the lowest drop before Neil began landing perfectly and soon he had ridden the other 2 drops landing perfectly too, his face was a picture of amazement at how easy it was. I covered the 4 mental questions I get riders to ask themselves too as I developed their mental skills.

We then moved onto the skills trail to work 1st on pumping to harness the trails energy then used the resulting speed to link the 14 sections contained within it together. I demonstrated rock gardens, flat, bermed, switchback and off camber turns. Steps, up slopes and drops. We worked our way down through them methodically, linking each section to the next with the correct braking areas and soon Neil began to really fly along the trail. I worked hard on line choice when linking drops into corners, the old Neil had disappeared as he comfortably rode the drop instead of slowing down or going around them and happily entered the corner at speed.
It was time to ride the entire trail and it was a pleasure to watch him surf his way down the trail so smoothly, linking each section smoothly and controlled but very fast! Each run was faster and Neil commented on not being aware of the speed at all and feeling in 100% control.
After a few runs, We moved onto our final technique, Jumping the 6ft tabletop.

Neil was doubtful whether he could ride the tabletop but this soon disappeared as he sailed over it after a couple of runs. The smile on his face was bigger than Salisbury plain and he looked at the gap jump and asked if he could ride it. I reminded him of the mental questions he must ask himself and off he went, sailing over the jump and landing it perfectly time and again.
Our session came to a close and I gave him a riding demonstration of the exact same skill set in use in my own riding on the woodwork at Herts.
High5 for being part of a great session Neil!