The kid in Tim returns! 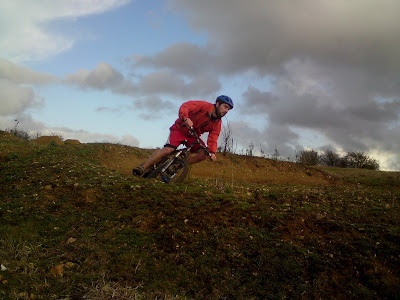 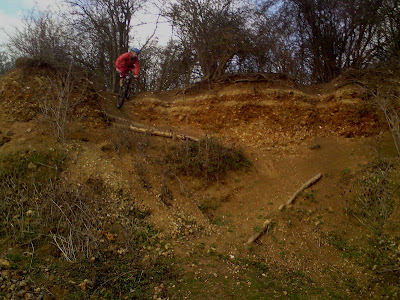 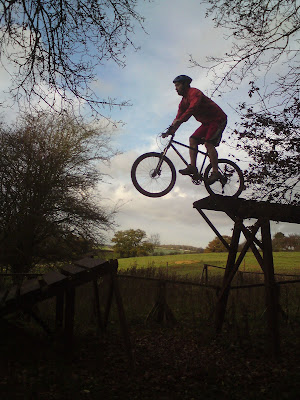 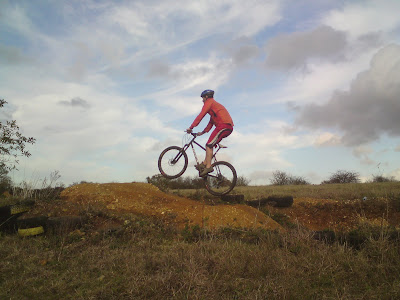 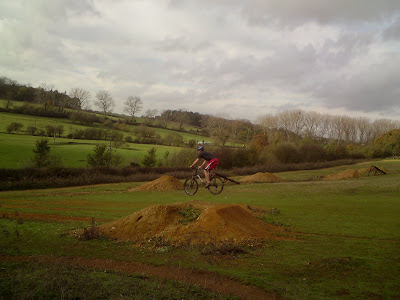 On meeting Tim as arranged we chatted over coffee and when he said he rode bmx as a child I said that child is still in there, later he’d know what I meant.
I ran him through the skills check and found looking and footwork faults but found he possessed a perfect unweight of the front wheel which is rare. It was clear I would have to work on Tim’s mental skill set.
I altered his set up and we began with braking technique and then moved onto the drop technique which Tim commented on feeling so easy now he used his skill set.

We moved onto the skills trail and began working on linking the 14 sections on the trail together. I worked on pumping, flat, bermed, off camber and switchback corners, steps, rock gardens, fly out jumps and drops. Methodically, I moved us along the trail always adding the next section to the previous ones and soon he was flying along. Tim had told me that he’d loved to be able to jump again like he did as a kid and the fly out jump just sailed past beneath him.

Before long, he was riding the whole trail and each run flew past as he used footwork, looking and body position to control the speed he wanted to travel.

I showed how the skill set is used in riding over fallen trees etc and soon Tim was also bunny hopping too with ease!
By now it was clear that this was no ordinary rider and that the kid in him was emerging.
I moved onto the 6ft tabletop, something Tim was very wary of trying but that was soon overcome as he sailed over it giggling as he did! He rode the gap jump side too, his first ever.

We wasn’t finished by a long chalk and next up was the pump and jump trail where I expanded on his trail energy management further and he was able to choose whether to jump or pump through any section. Tim really got to grips with this and was flying. The smile was now permanently etched on his face.

I brought Tim over to the alpine switchbacks and after a bit of tweaking, he rode those too! Tim was taking everything in his stride now and I didn’t want it to end so, I brought him onto the woodwork to work on his fear of gaps and being on woodwork.

I gave him a control method first and then he confidently rode a 2ft high ladder to drop with ease before riding a higher one with a gap in it too. Tim was now speechless and I explained it was all him as he was riding not me.
Our session came to a close shortly after and I gave a demonstration of the skill set I teach in use in my own riding on a high, fast line on the woodwork.
We sat afterwards and had a cold beer each to cap an awesome session and I for one will be buzzing all night after that one!
High5!