The kid in Vince comes out to play 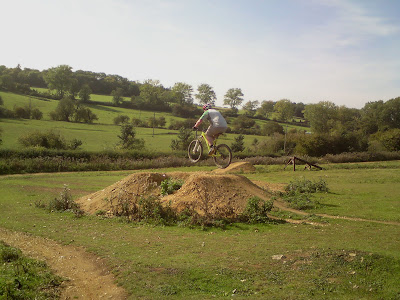 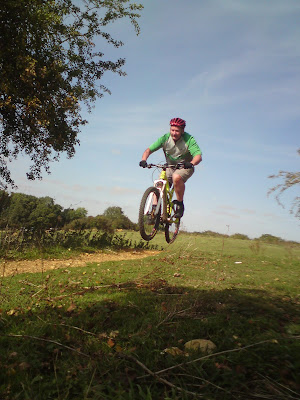 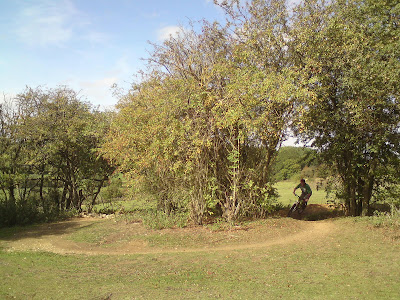 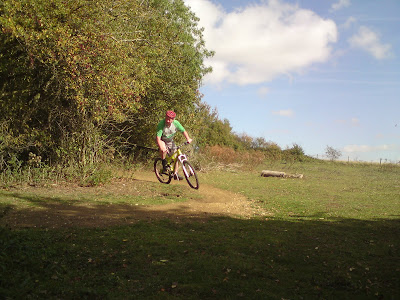 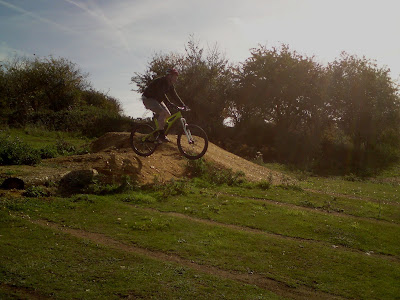 Vince finally made his way to me for his session after delaying it due to injury. On meeting he told me of his aspirations and I gave him my commitments for his coaching and then I began.
The skills check revealed the missing skills in his riding, which he’d been doing since 1989 off road and also the good habits already present. I changed his set up which to his surprise felt natural very quickly and off we went to the drops to apply the mental and physical skill set.
Vince landed perfectly immediately and the ease of it blew him away. Very quickly he had ridden all 3 drops with ease and his confidence grew.
We moved onto the skills trail and began working on linking the 14 sections contained in the trail together. I worked on pumping the trails undulations and linked these to flat, bermed, off camber and switchback turns, rock gardens, steps, fly out jumps and drops. I worked hard on footwork, looking and his body positioning in corners as well as his looking elsewhere too. As we moved down the trail Vince’s skill set started to become a more natural action and he felt slower even though he knew he was traveling ways faster than ever. The fly out jump proved an easy section for him as he simply pushed to take off as I said and the smile grew across his face. I worked on linking drops into corners and Vince really began to fly before we rode the entire trail end to end. Each run was more confident and committed than the previous but it was time to move onto the one thing Vince he never thought he’d be able to do, the 6ft tabletop jump.

In a short time, Vince was sailing over the jump and laughing out loud as he did, the kid inside him had woken up and each clear was greeted with a high5 from me!
The session came to a close and I gave Vince a riding demonstration of the same skill set I teach in use in my own riding on the woodwork of herts.
Amazing day and it was a pleasure to finally ride with you Vince!