Time to move Andy’s riding on. 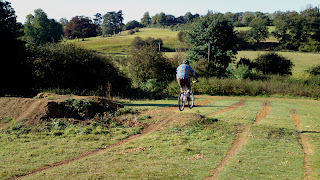 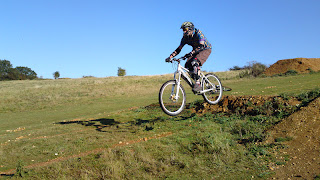 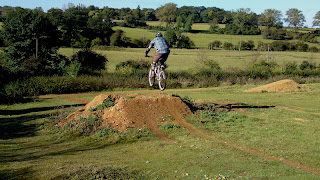 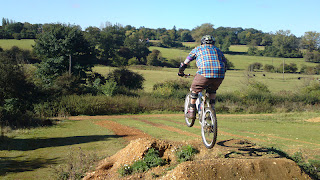 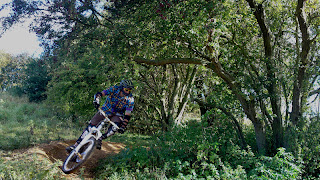 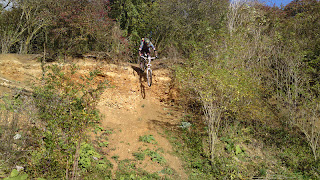 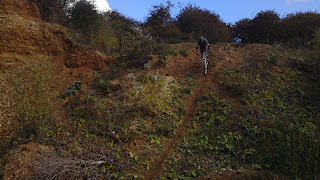 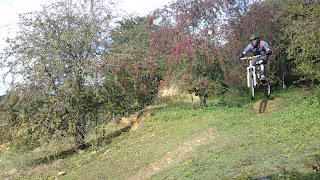 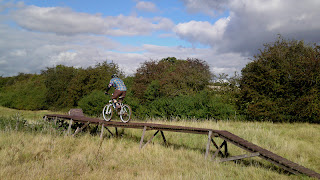 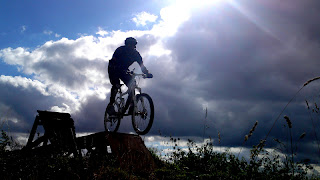 Andy has been coached by myself twice over the past 3 years and I wanted to work on his mental skills as well as his body positioning. I began with the largest of the 3 drops and worked on Andy’s body positioning so he was able to begin to style/move the bike when in the air.
From there we moved on to the top half of the skills trail and applied it to cornering too.

Andy had told me that he struggles with drops higher than 3-4ft so I worked on his peripheral fear and he easily rode a 4-5ft drop from the quarry. After a couple of goes he was happy and we moved on to apply body positioning to riding steeps and drop offs.

I worked on various techniques for dealing with steeps and drop offs. I worked on linking steeps drop offs into corners and soon Andy linked that to a jump and the following corners, bus stop and double.

The ease of dropping in stunned him and really set off the adrenaline in him. For our final technique I worked on control when riding wooden ladder trails and why to dismount a certain way and soon he was riding along it and using his drop technique off the end. Our session ended soon after as Andy declared himself mentally drained. Awesome riding Andy and I look forward to your future riding updates.
High5!