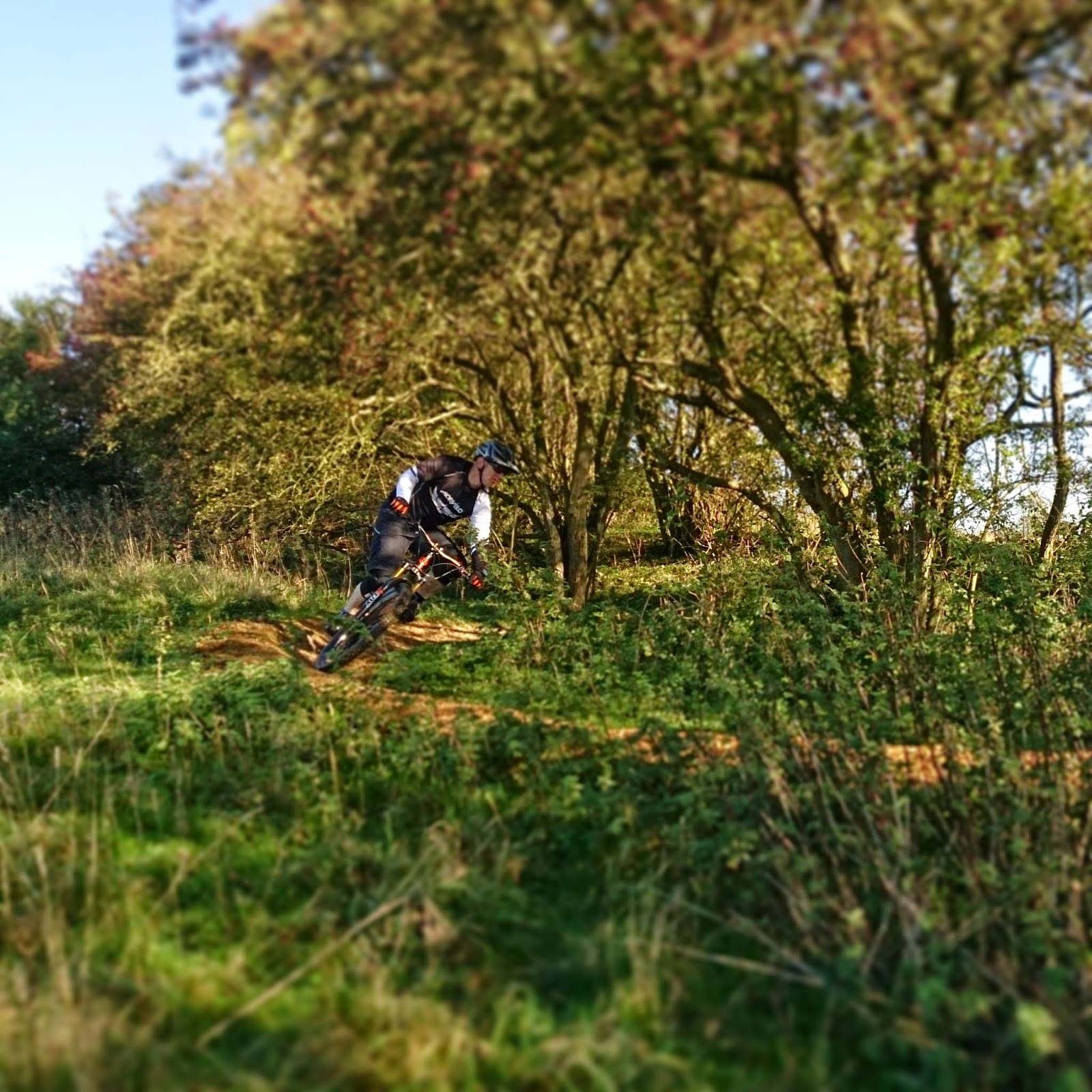 Tony googled skills coaching and found ukbikeskills on the first page and as he used to live in Hertfordshire, he contacted us for a session. The day arrived and sunshine greeted us as I ran him through the skills check that both myself and Nathan use to identify areas needing work.. I found perfect footwork and great looking skills but discovered a body positioning error that had its foundation in Tony’s past of motor biking. I set to work and a set up change assisted this.
We began with the drops and applying his new skills sets to the technique involved and immediately, Tony was landing perfectly. The largest drop of 3ft proving no issue now.
Next we worked on applying his new skills to cornering and this soon found him railing through three linked berms and I found a weakness in his right sided turns that I worked on also.
A coffee break was taken, and we resumed by moving to the skills singletrack to work on his fluidity and control of a trails speed.Flat, bermed, off camber and switchback turns were linked to rock gardens, pumping, steps, drops and drop offs. I worked on control areas as well as line choice and soon he was flying. Any errors were now being self diagnosed as he could feel why it was right in any section.
Onto jumping and I used a 6ft tabletop for this. Tony had never jumped before and was amazed at how simple and effortless it felt when his skills sets were applied and soon he was clearing it with ease. I could see he was tiring but our session didn’t end there, we moved to the pump and jump trail to work on controlling and gaining speed through a trail, linking and carrying speed through three corners and jumping the final jump. A few runs later mentally, Tony was done and physically too, so an awesome session came to a close.
High5 Tony! 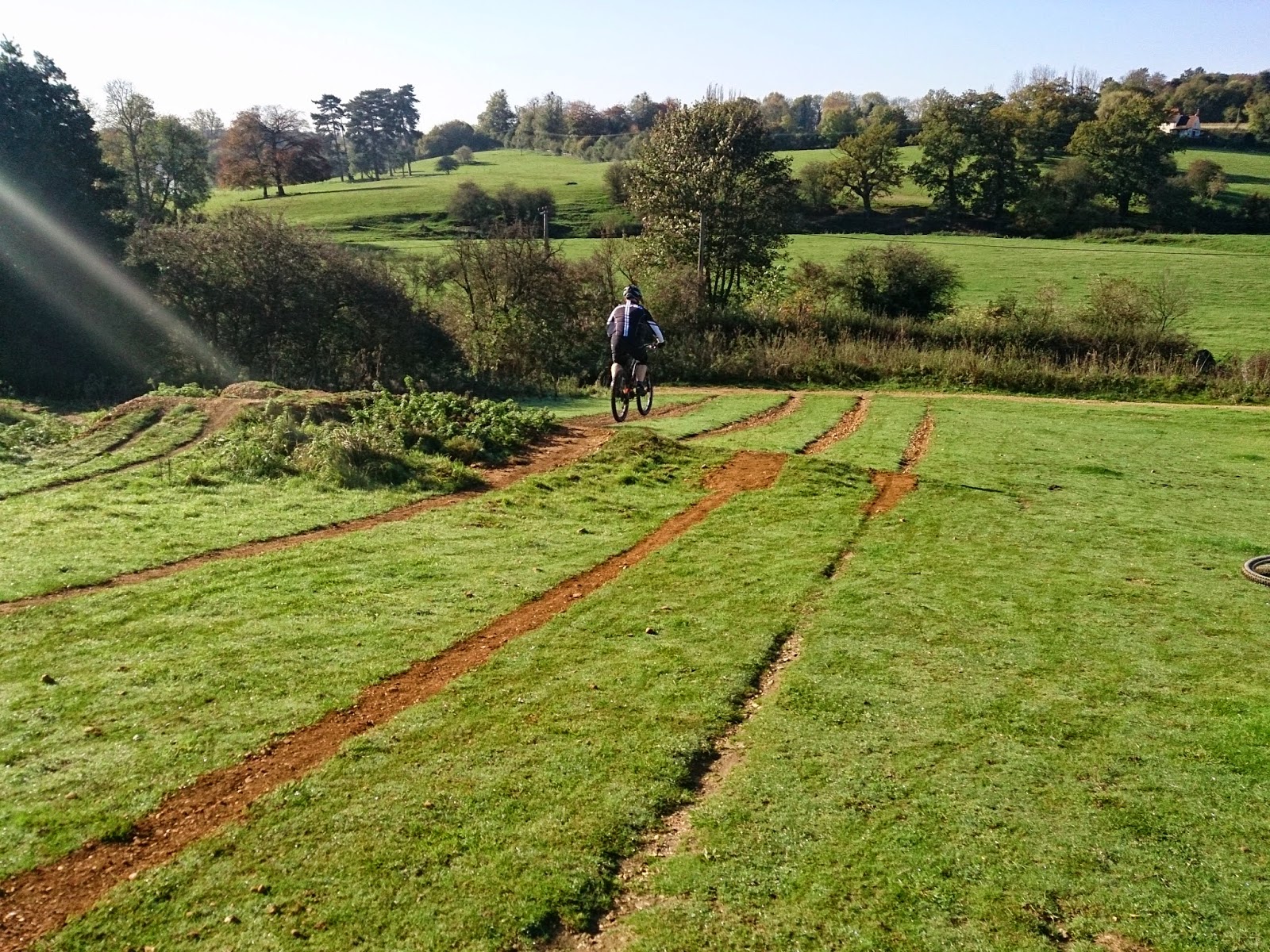 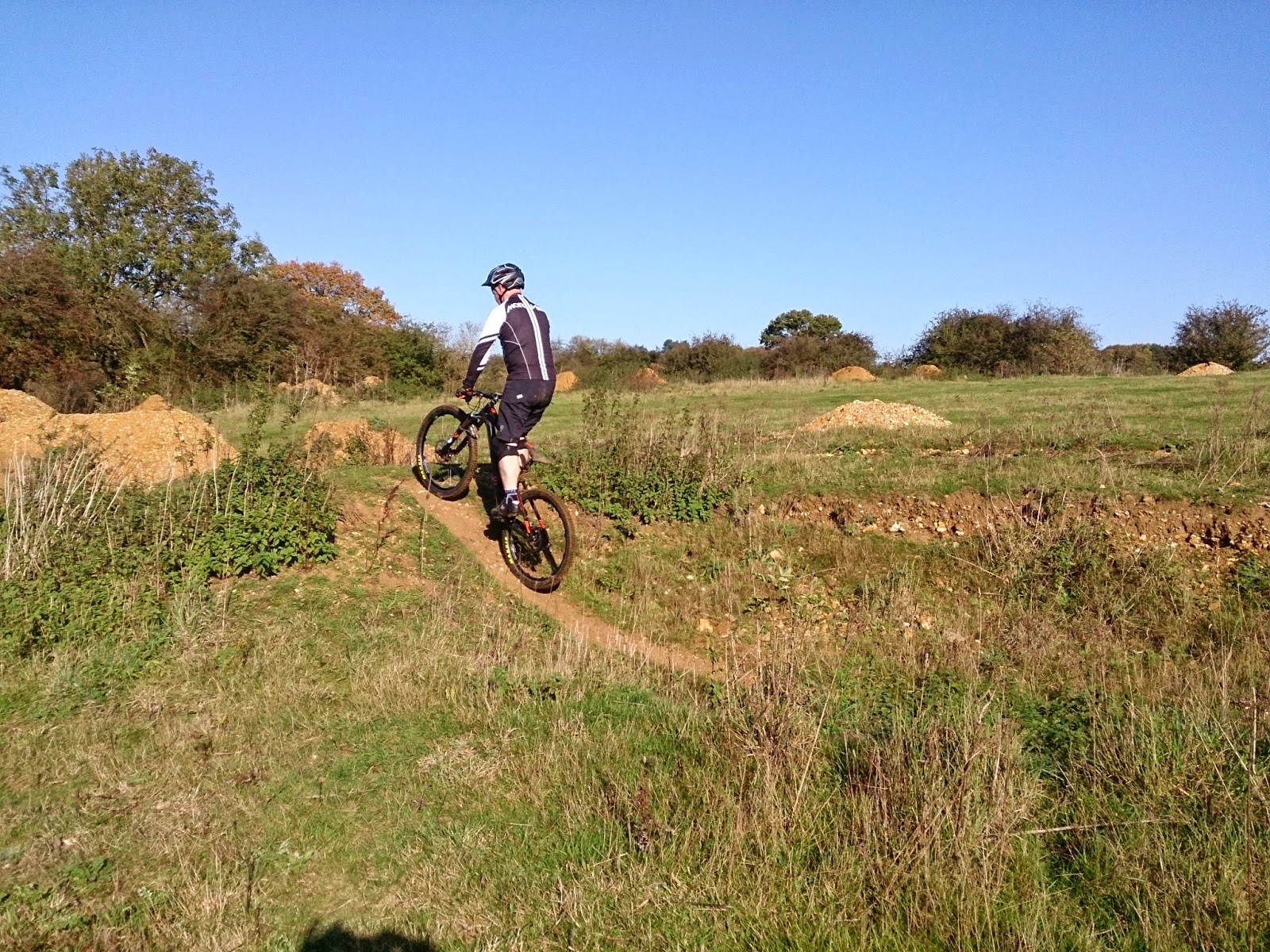 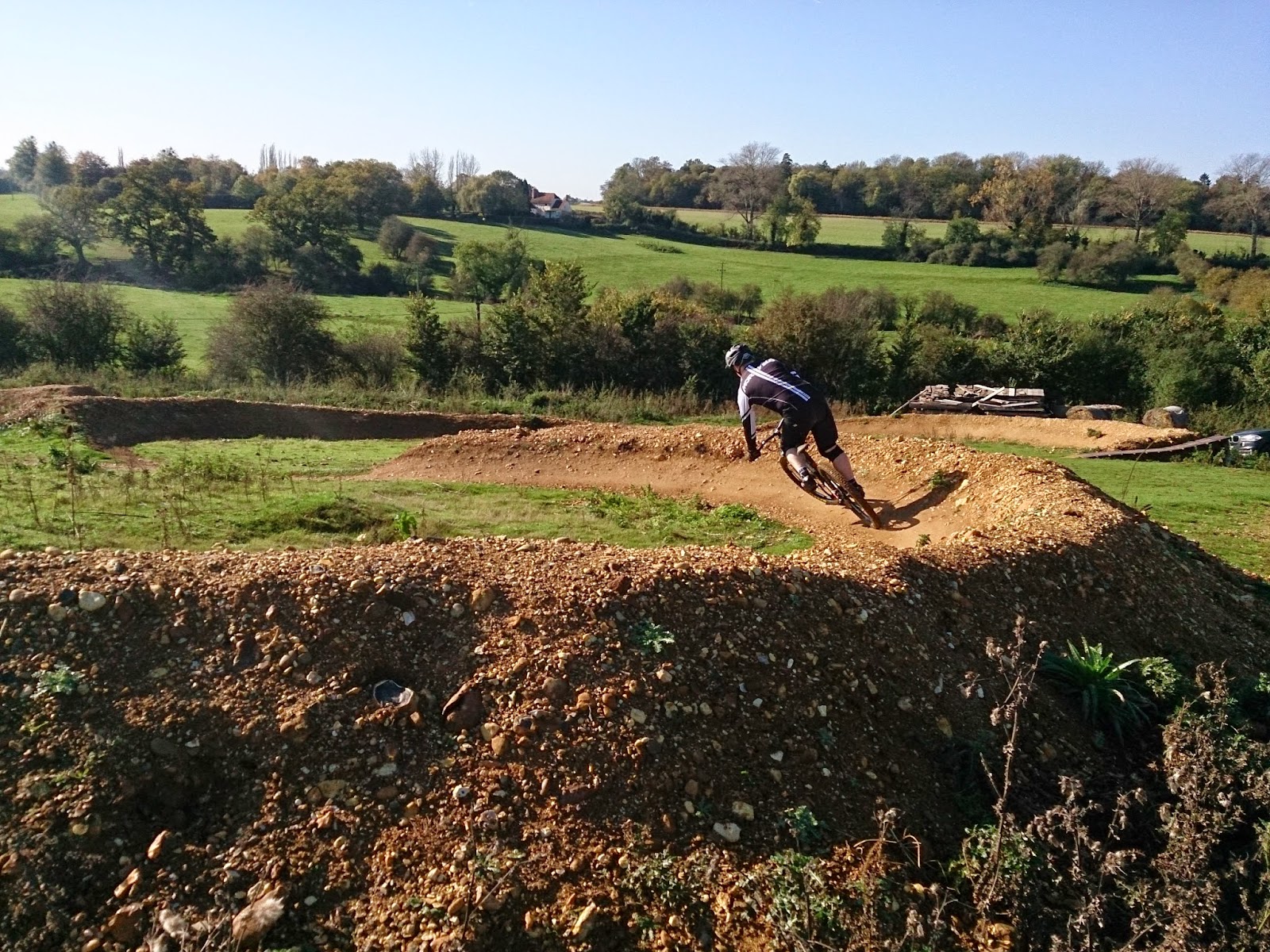 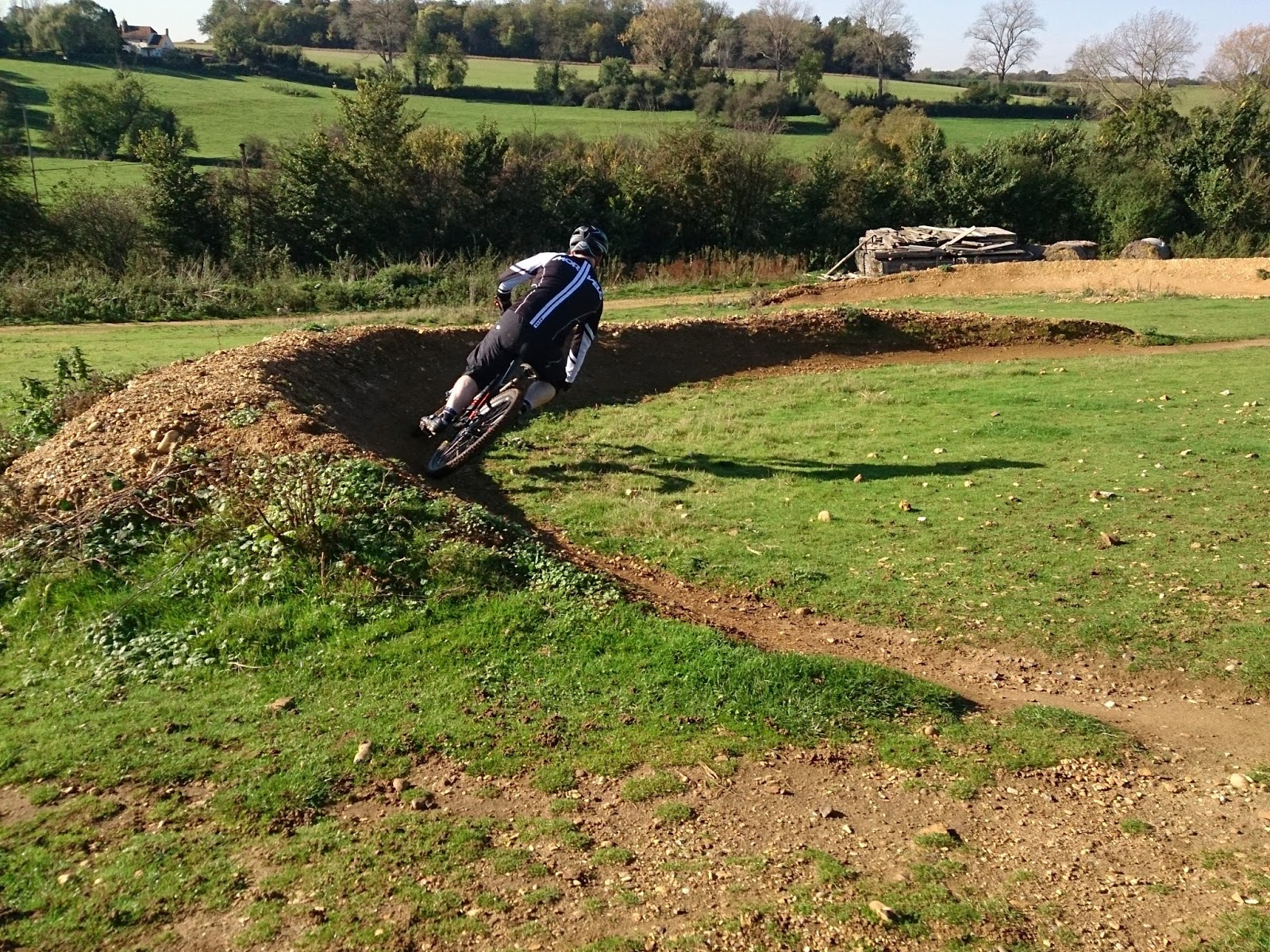 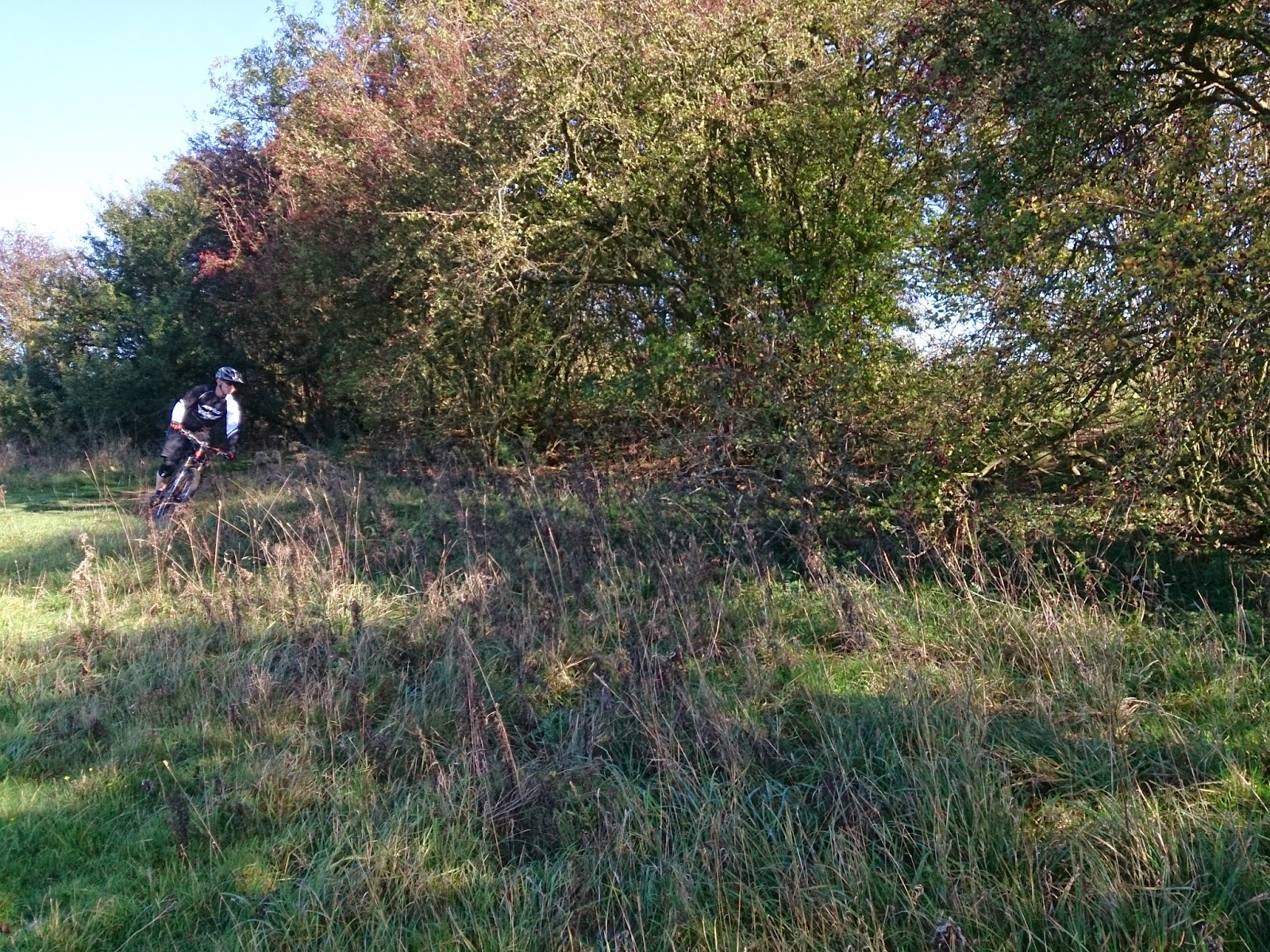 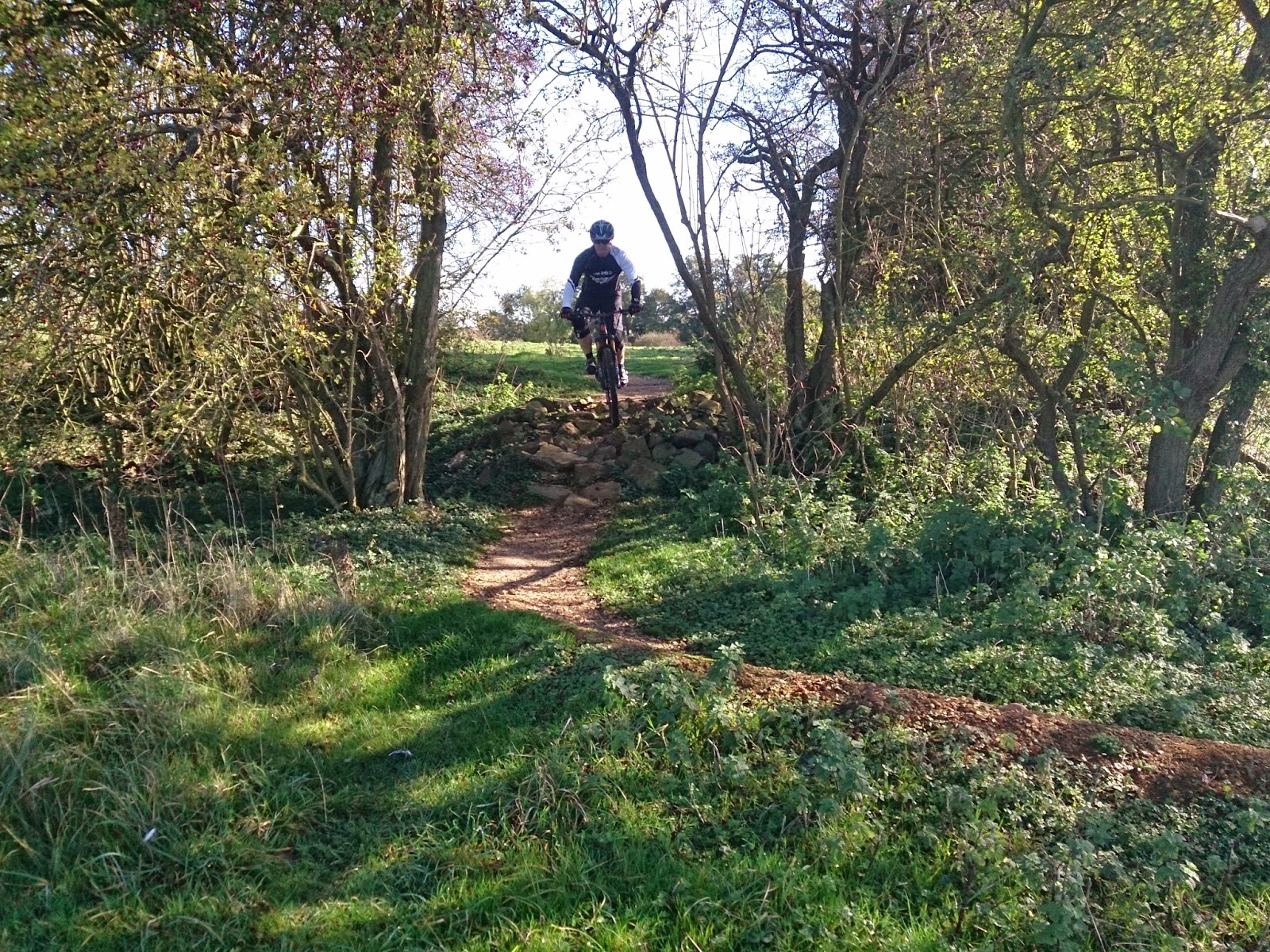 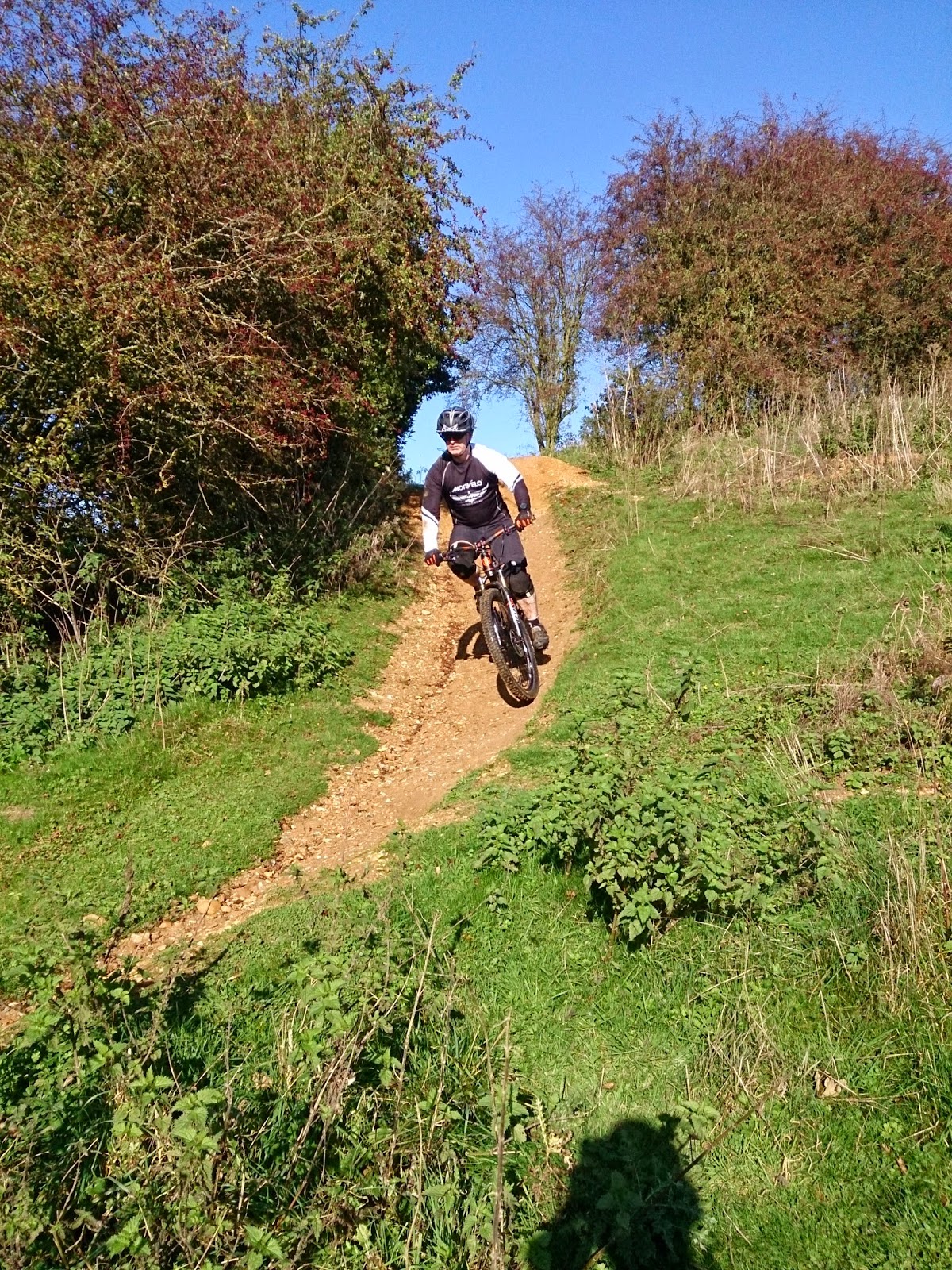 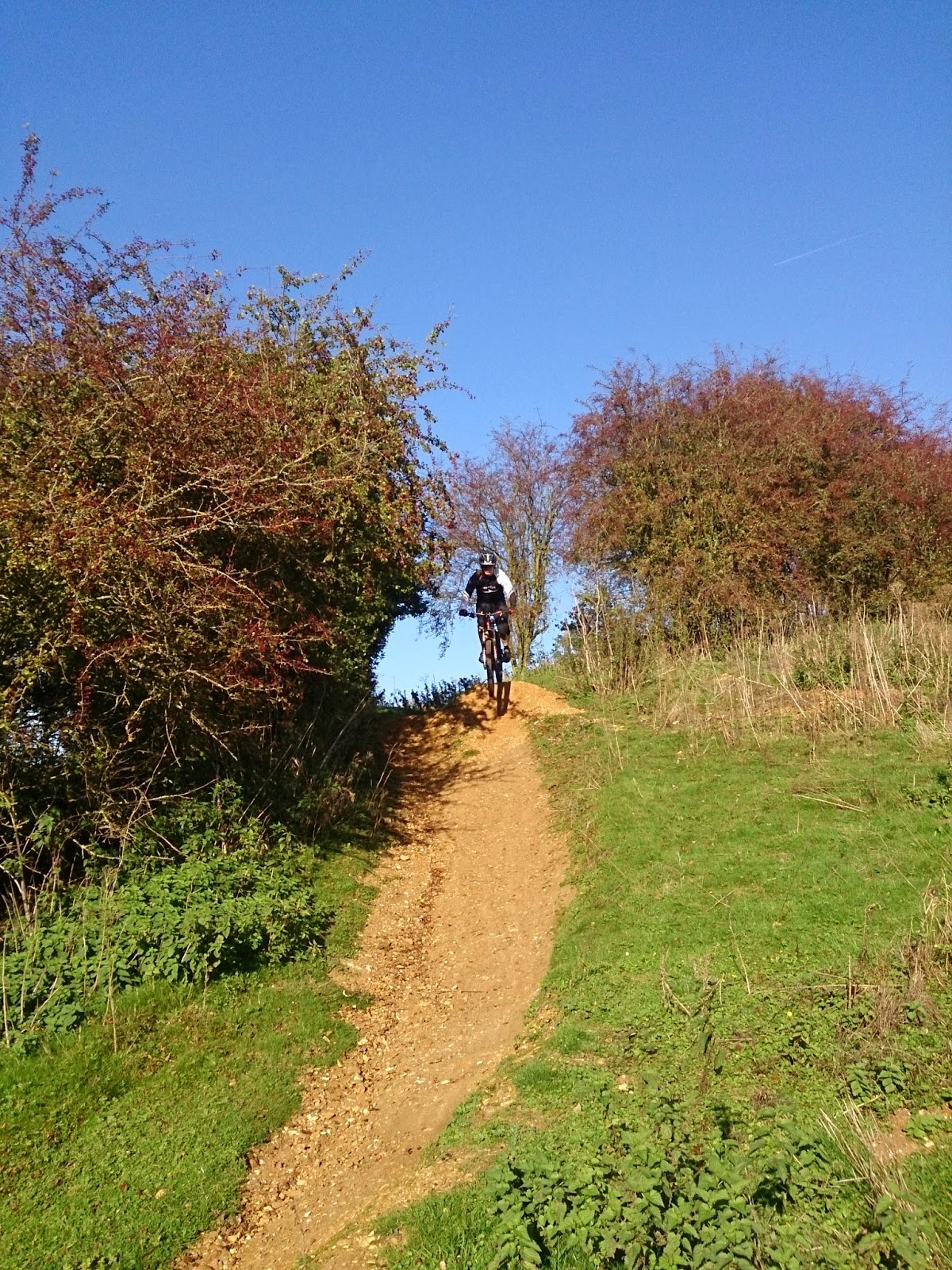 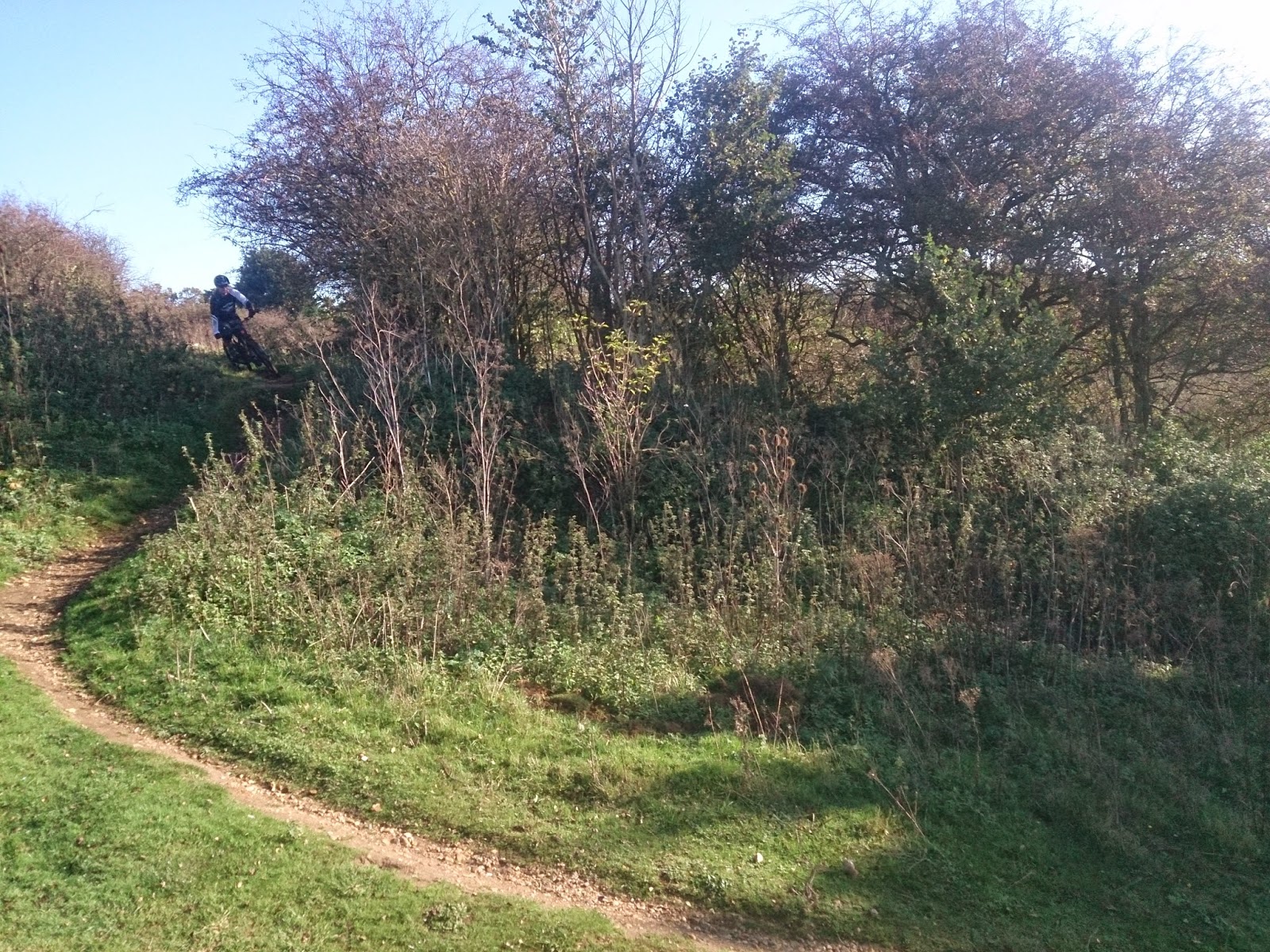 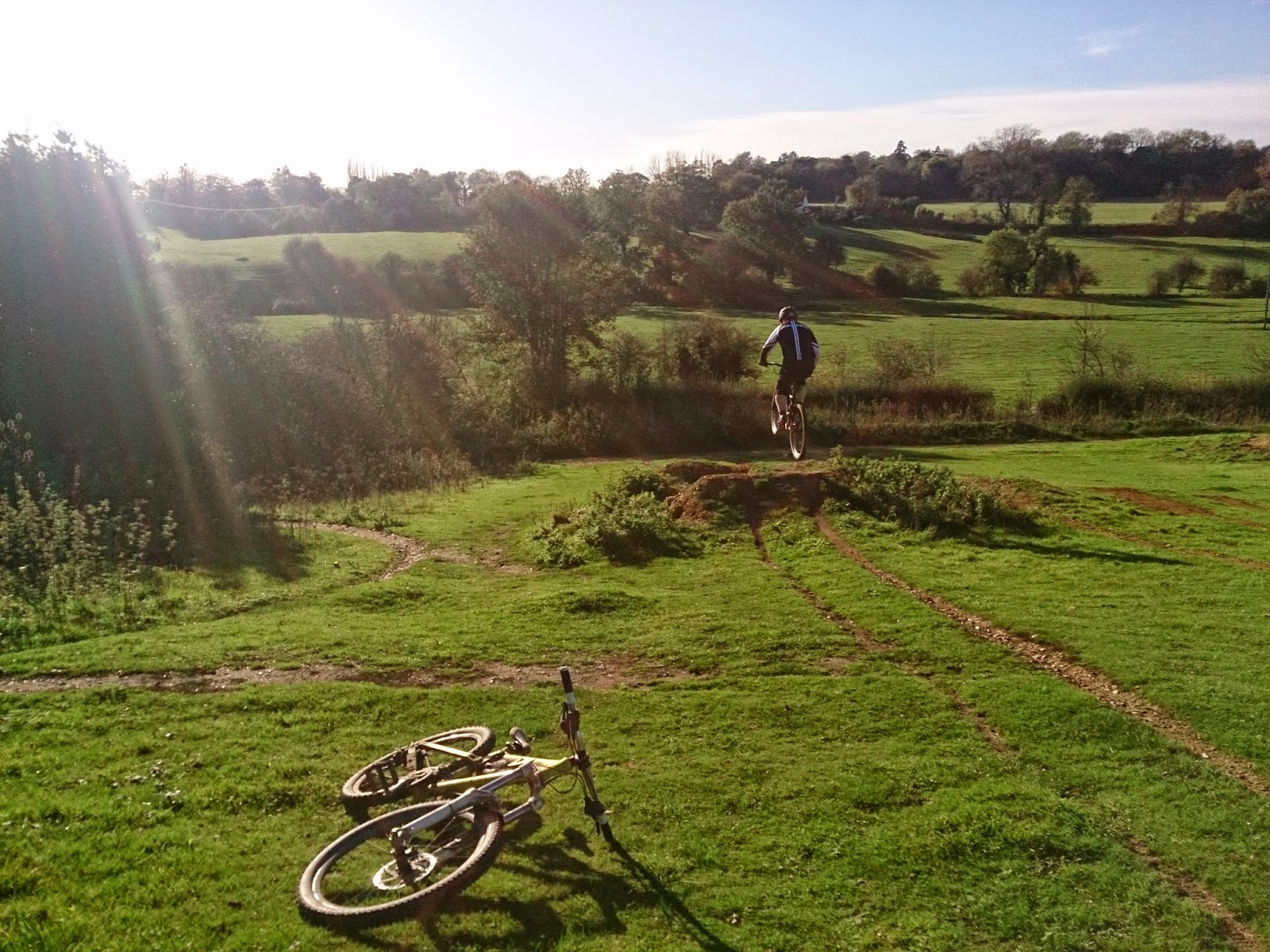 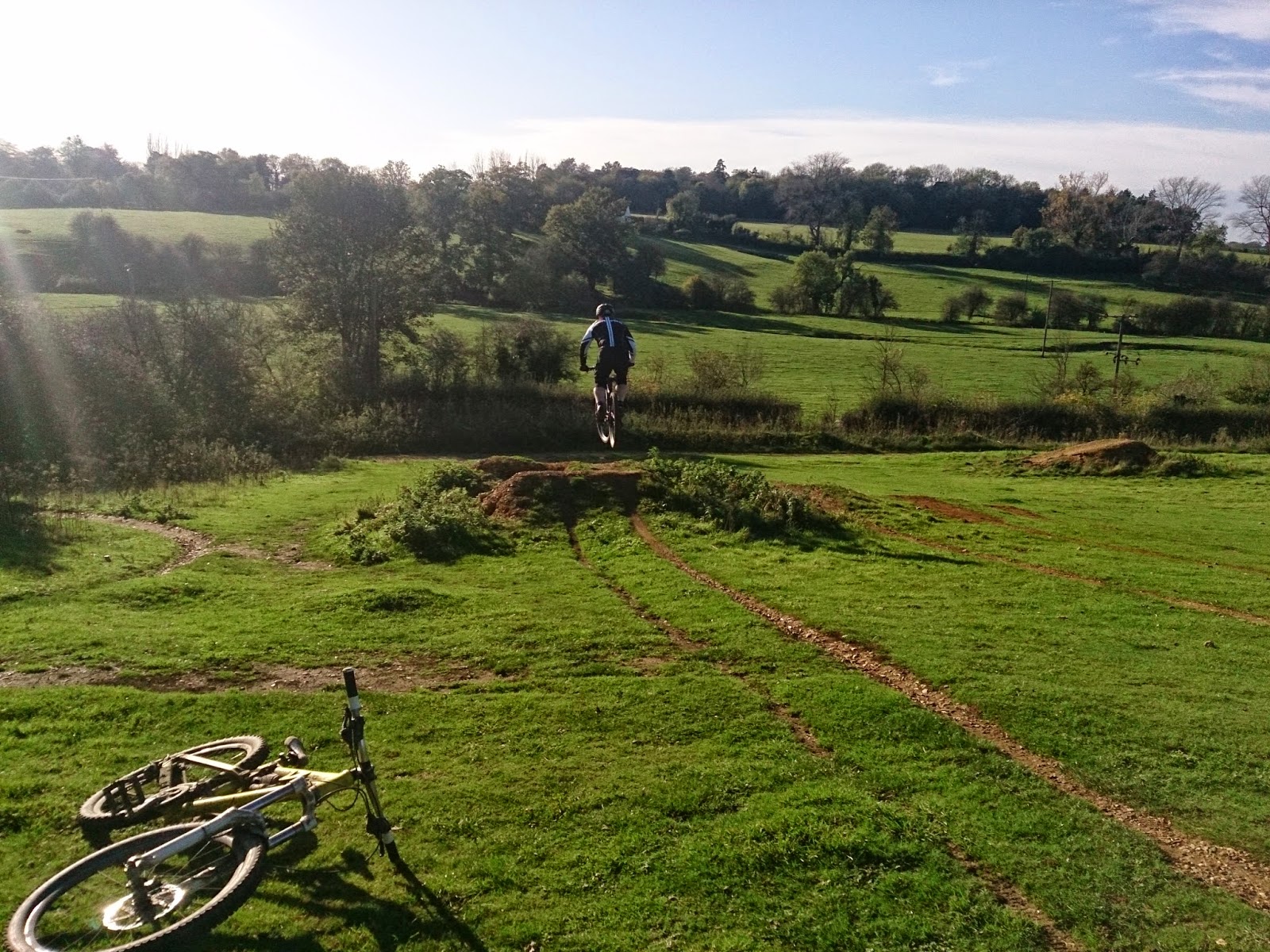 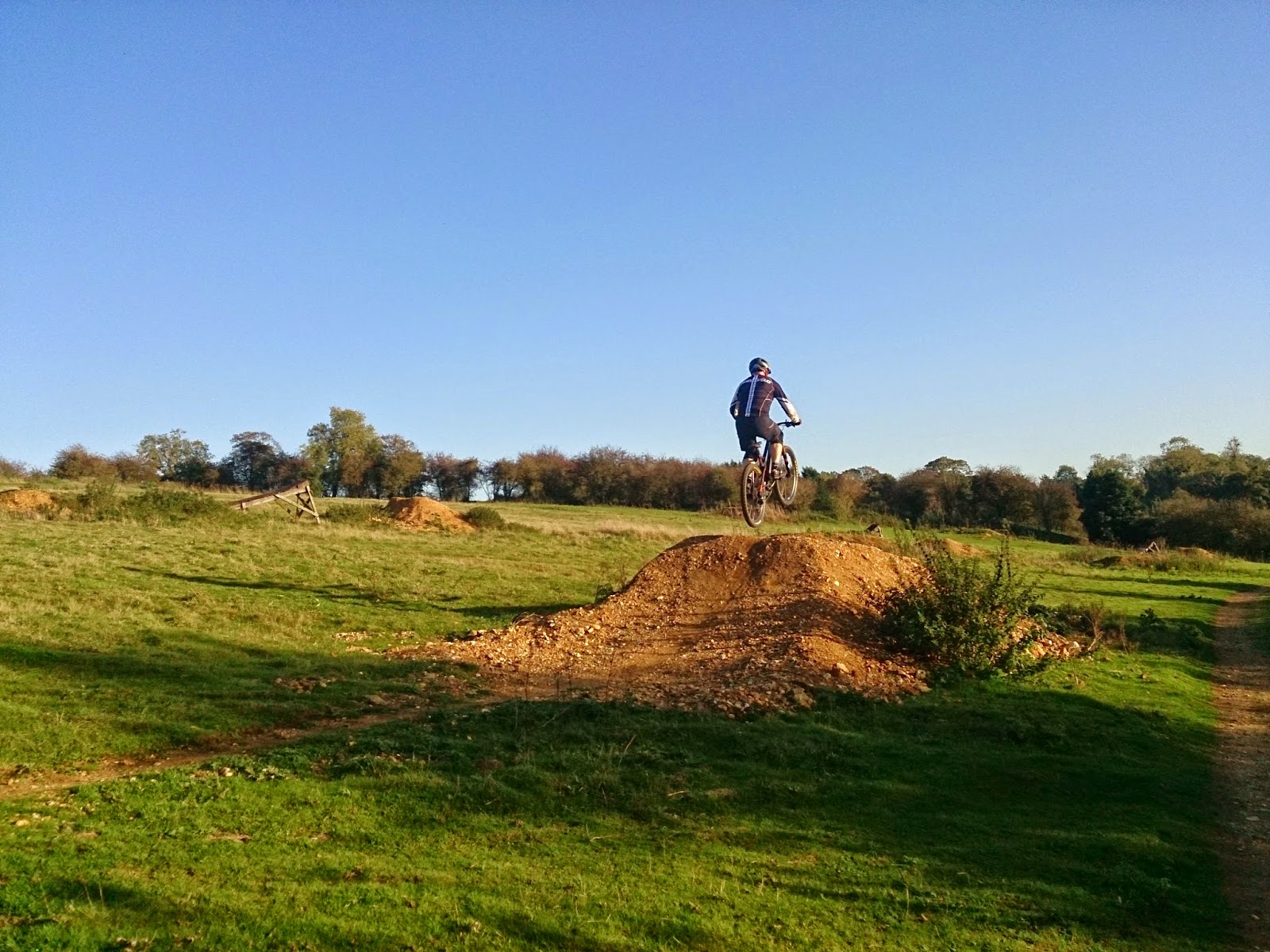