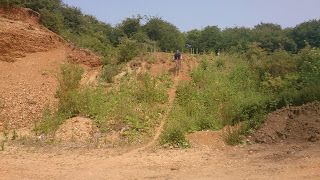 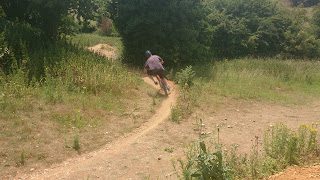 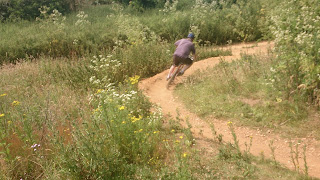 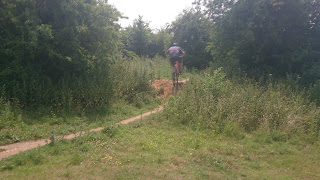 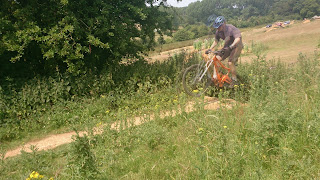 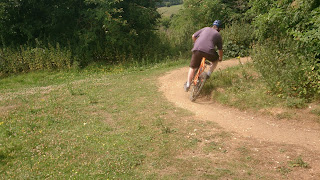 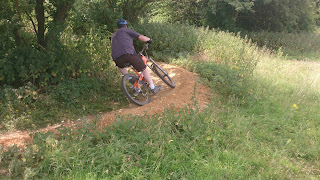 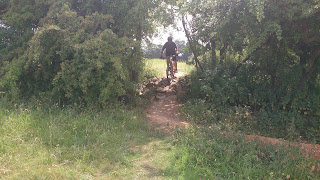 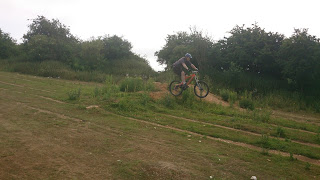 We started the session the same way with the skills checks, where I discovered that I needed to work on mainly body position in both areas of his skillset, and he also needed a bit of work on looking, so I set to work. He began to understand what I was telling him, and after a few set up changes, we moves on. instead of starting on the drops as usual, a gave Ian a quick cornering exercise so he could further experiment with his body position. We then moved onto the drop technique, where I explained the mental skill set to him, and he used this in order to ride off the largest drop and land perfectly. I then took him to the skills trail, where he used his new cornering technique to link both bermed and flat corners, rock gardens, fly outs, steps and drops, and was soon riding the trail top to bottom. After a quick break we moved onto some steeper stuff, where he used his mental
skill set in order to roll down both steep roll ins, both with and without apexes. He could also feel here how his new set up can help when riding steeper terrain. I then showed him the tabletop and later the gap jump, in which I controlled his speed so he could find a speed in order to fly over both the tabletop and the gap jump, and land perfectly the other side. I then showed him a pump and jump trail, where he had to use the trail in order to gain speed to jump a 9ft tabletop. Over four hours into our session, mental tiredness kicked in, and our session came to an end
Great session
By Tony Doyle|2013-07-17T08:36:00+00:00July 17th, 2013|Uncategorized|0 Comments