Unearthing the rider in Carl 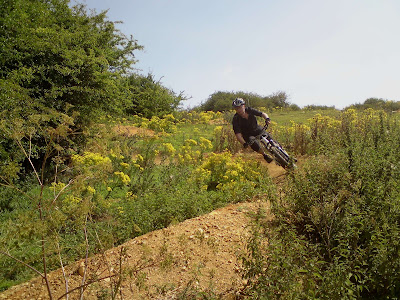 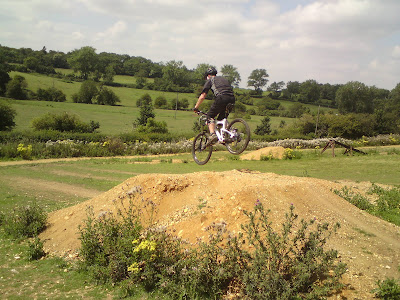 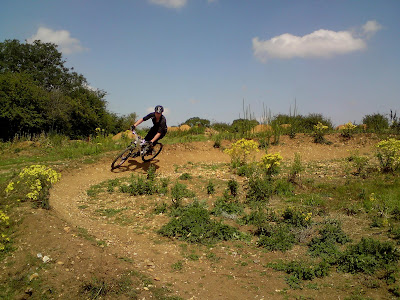 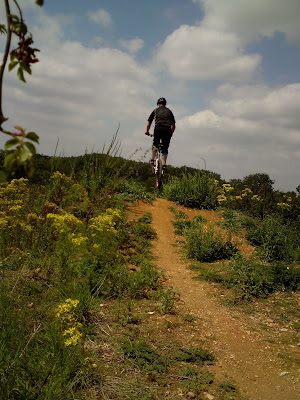 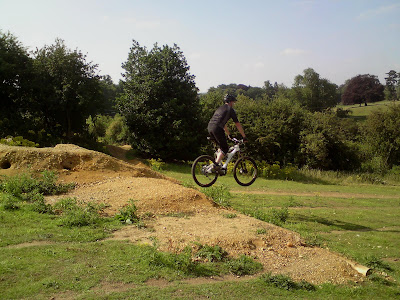 Carl has been planning on coming to me for a skills session for ages and today was the day.
He stayed the night in his camper van at the skills trails over night and woke up refreshed and ready.
I changed his set up and corrected his missing skills during the skills check and also uncovered some really good habits too.
I found he needed work on body positioning and looking so I set to work.
We began with drops and once I got Carl to control his natural push he began landing perfectly and quickly ate all 3 drops easily.
I then moved on to the skills trail and I broke it down into segments to allow us to focus on the sections contained within it. I worked on pumping and pre jumping, flat, bermed, switchback and off camber turns, rock gardens, steps, fly out jumps and drops. I worked with Carl methodically on linking each section to the next using the trails energy and the correct braking areas.

I worked hard on line choice when linking drops into corners too before we began riding the trail end to end. Carl’s riding became so fluid and flowy and as he rode to the vanishing point, he felt slower and slower even though he was flying along the trail.
Next up, we moved onto the 6ft tabletop and the gap jump side of it too and once again, Carl was flying through the air and landing smoothly on both the tabletop and then used his mental skill set to ride the gap too.

Finally, I began working with Carl on the pump trail and as his pumping developed he began to get airbourne and to be able to choose whether to take off or pump across each mound/jump.

Carl’s energy management really developed well and after half an hour of riding it, mental fatigue began to show and we called an end to a fantastic session with myself giving a riding demonstration on the herts woodwork of the same skill set in use in my own riding.