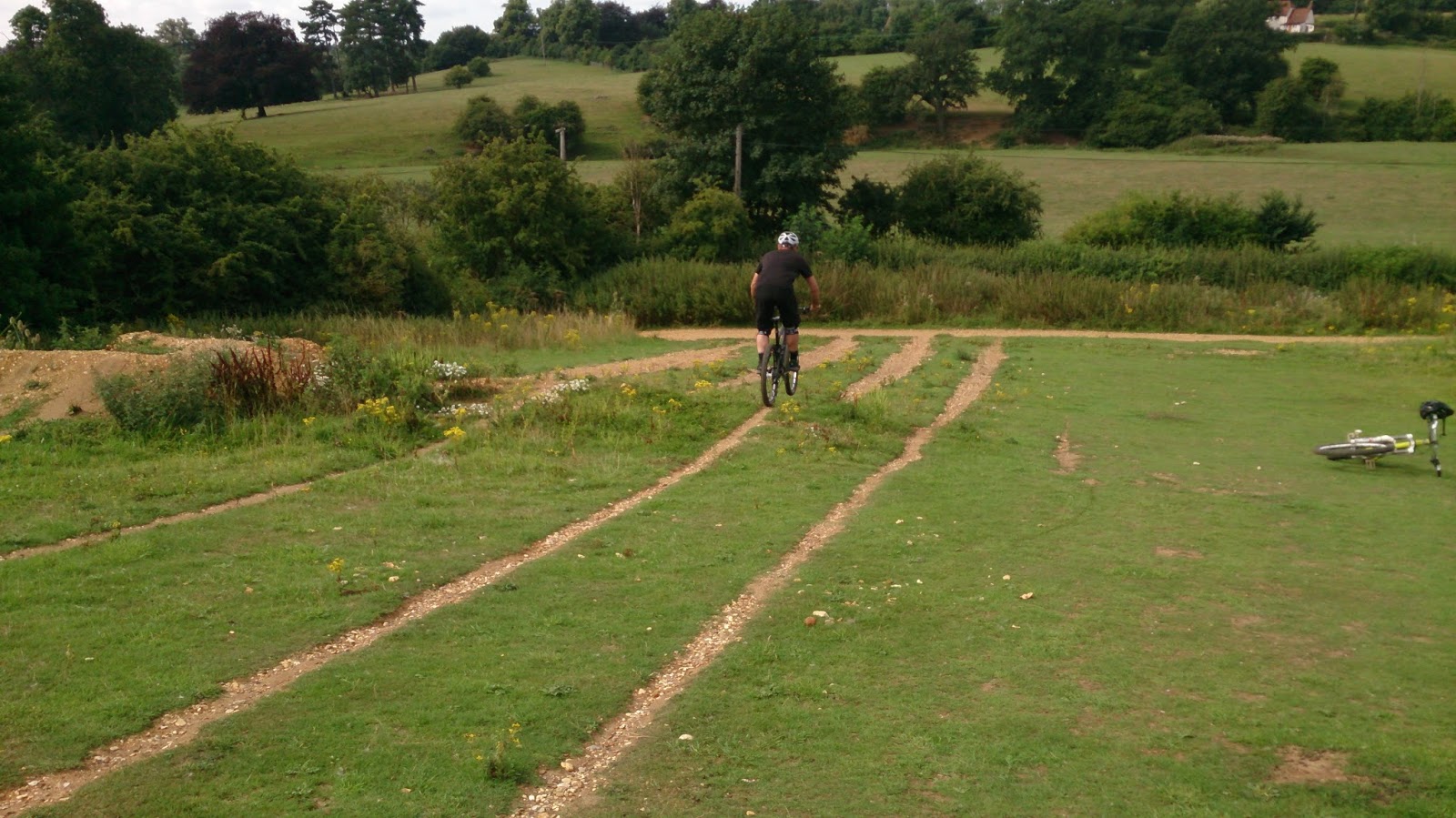 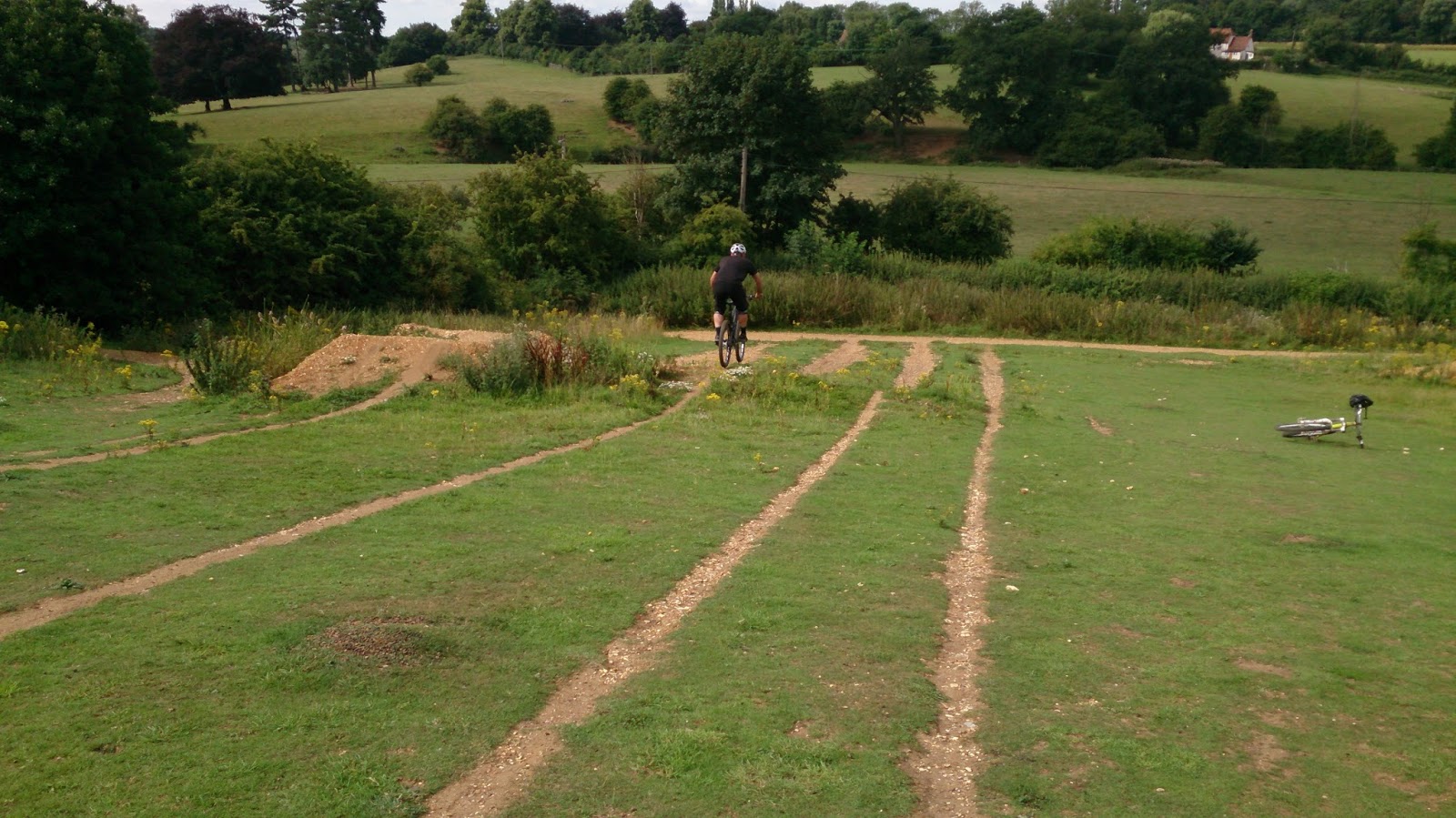 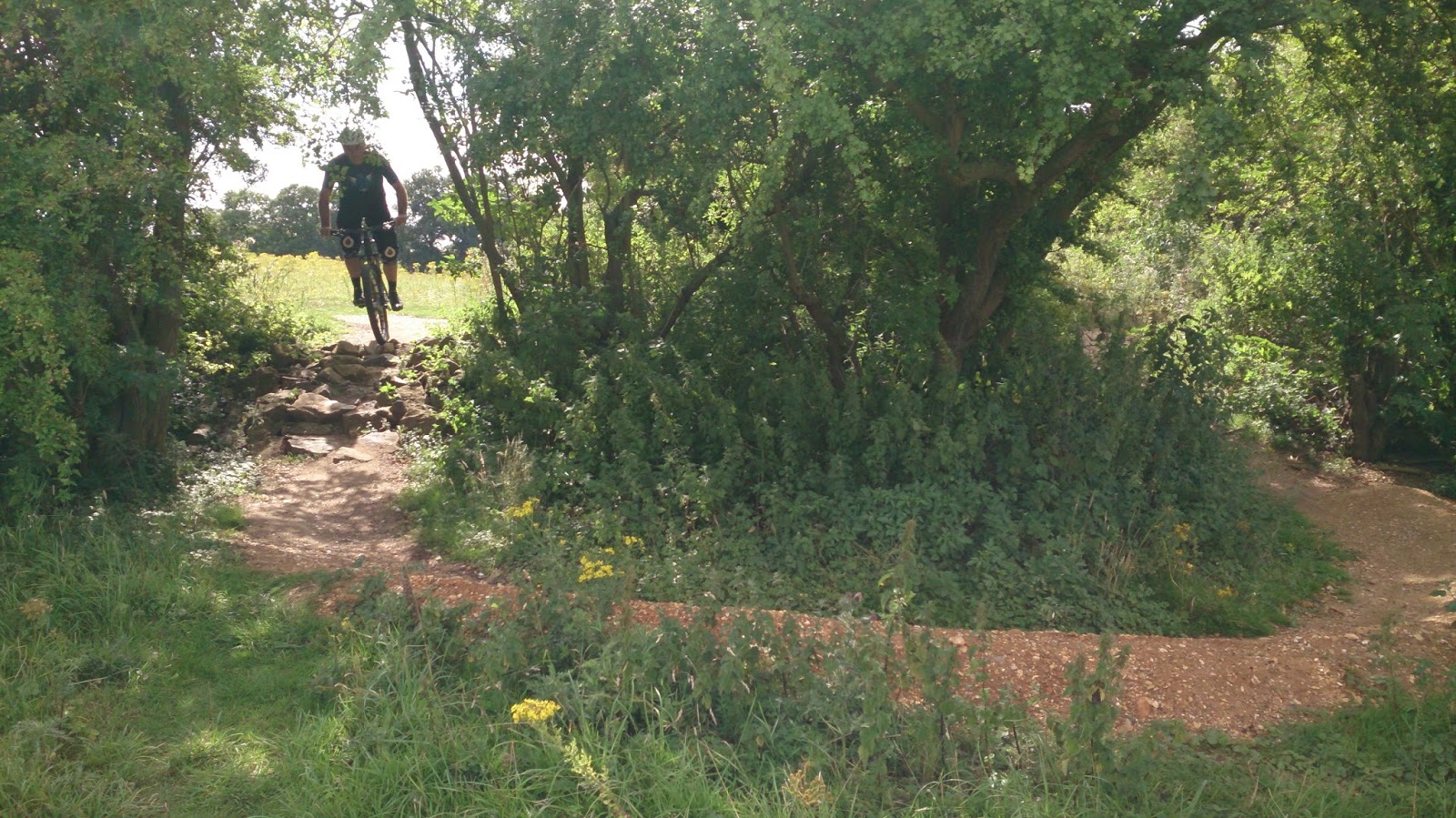 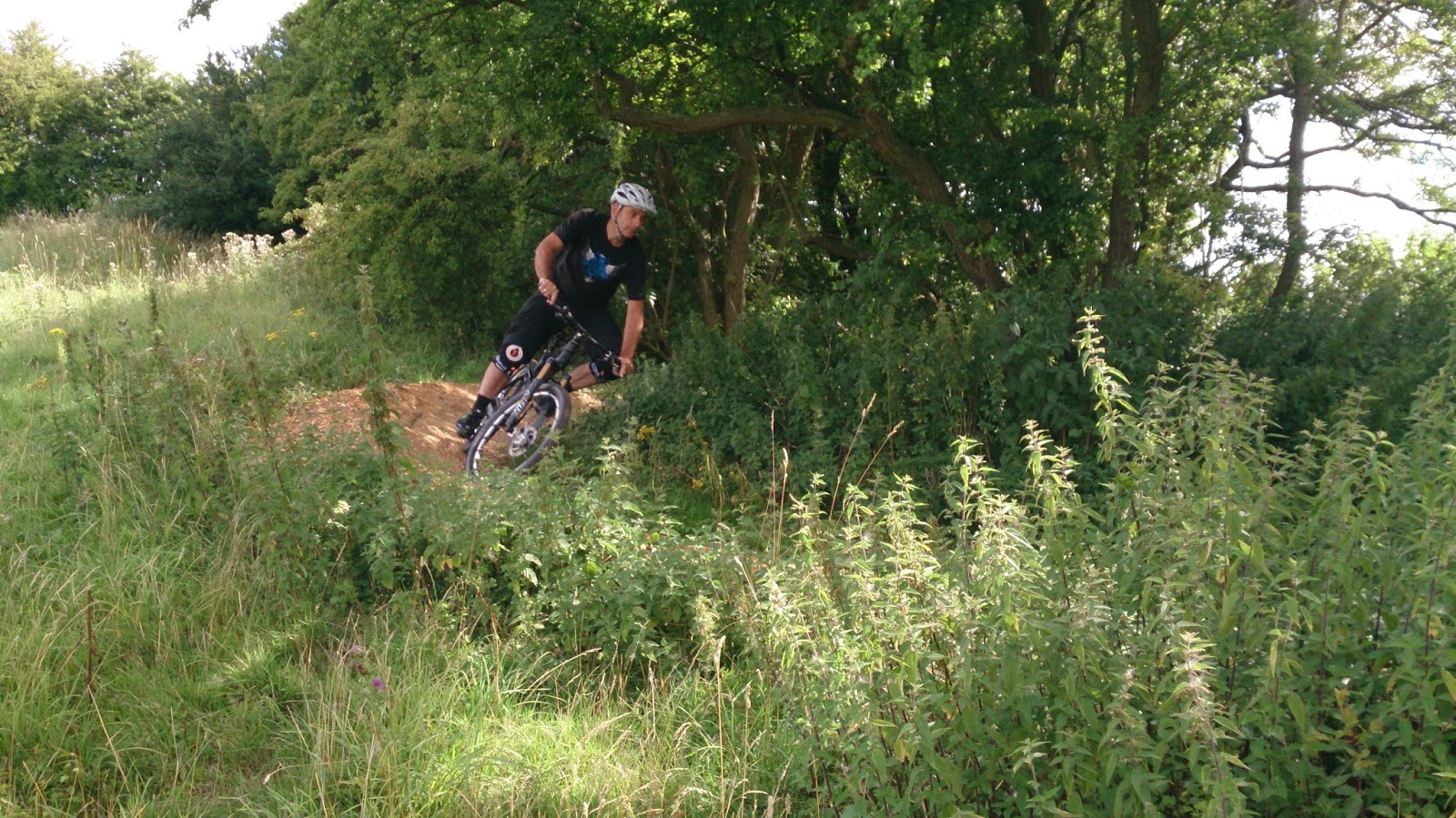 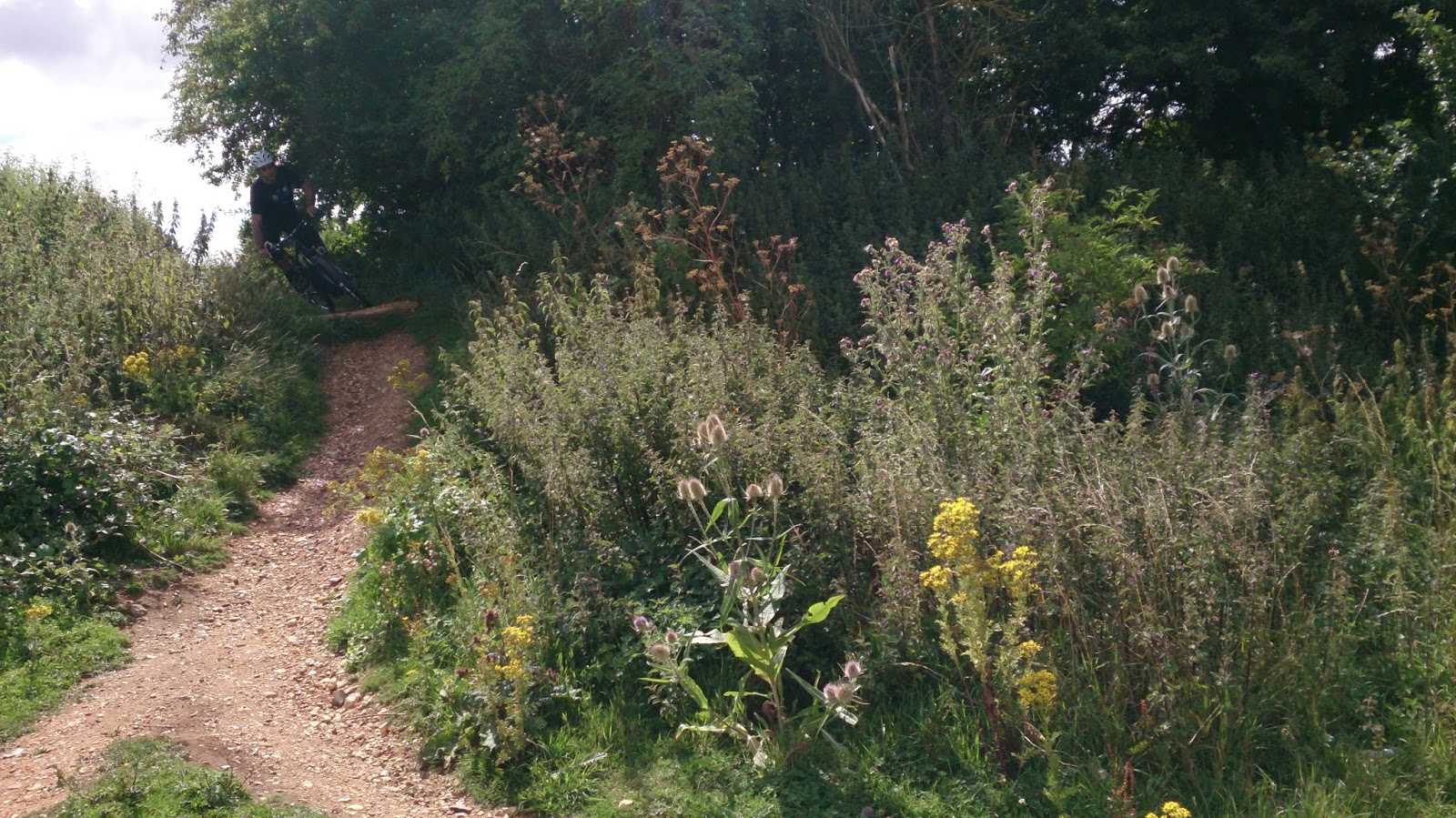 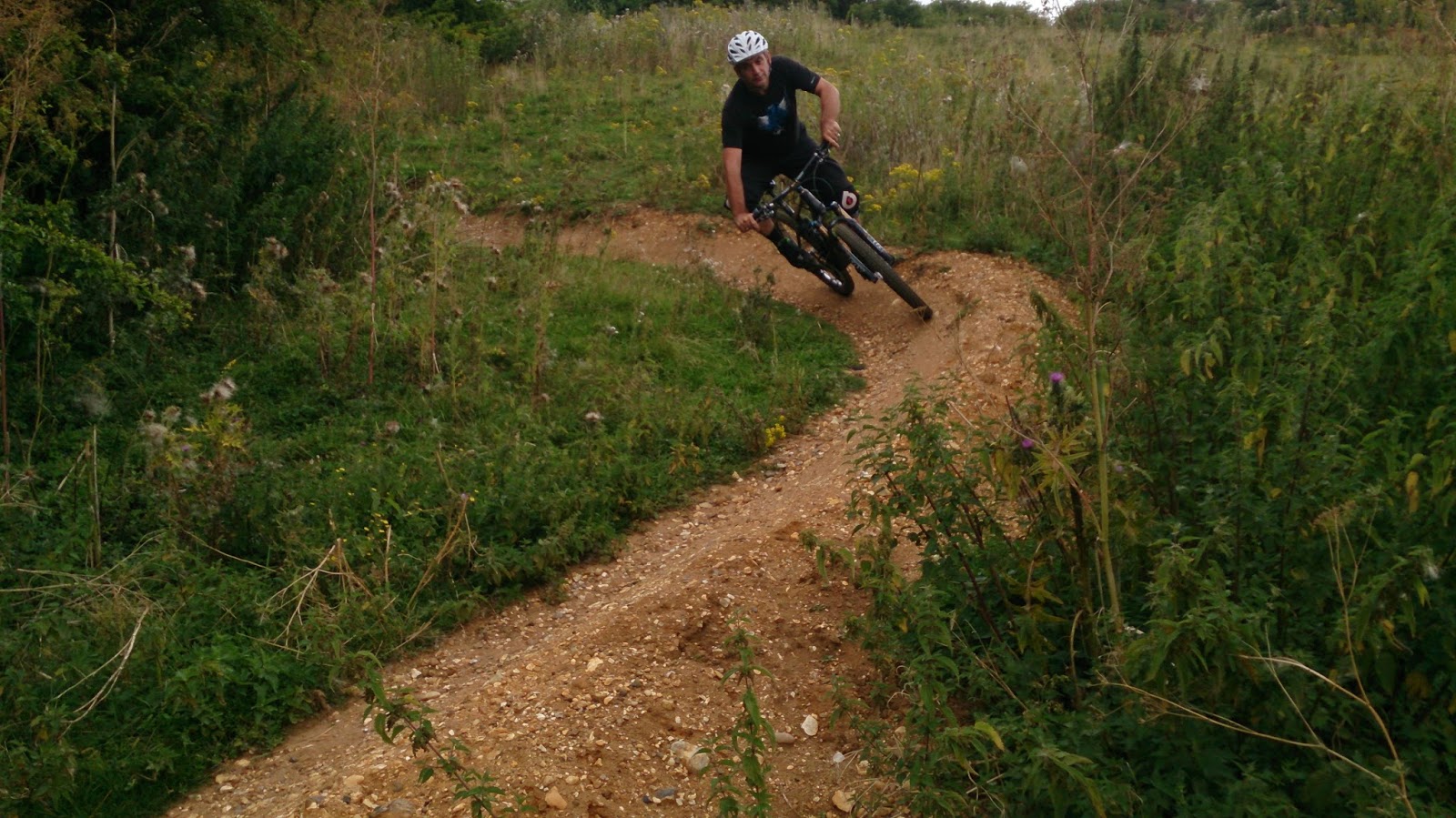 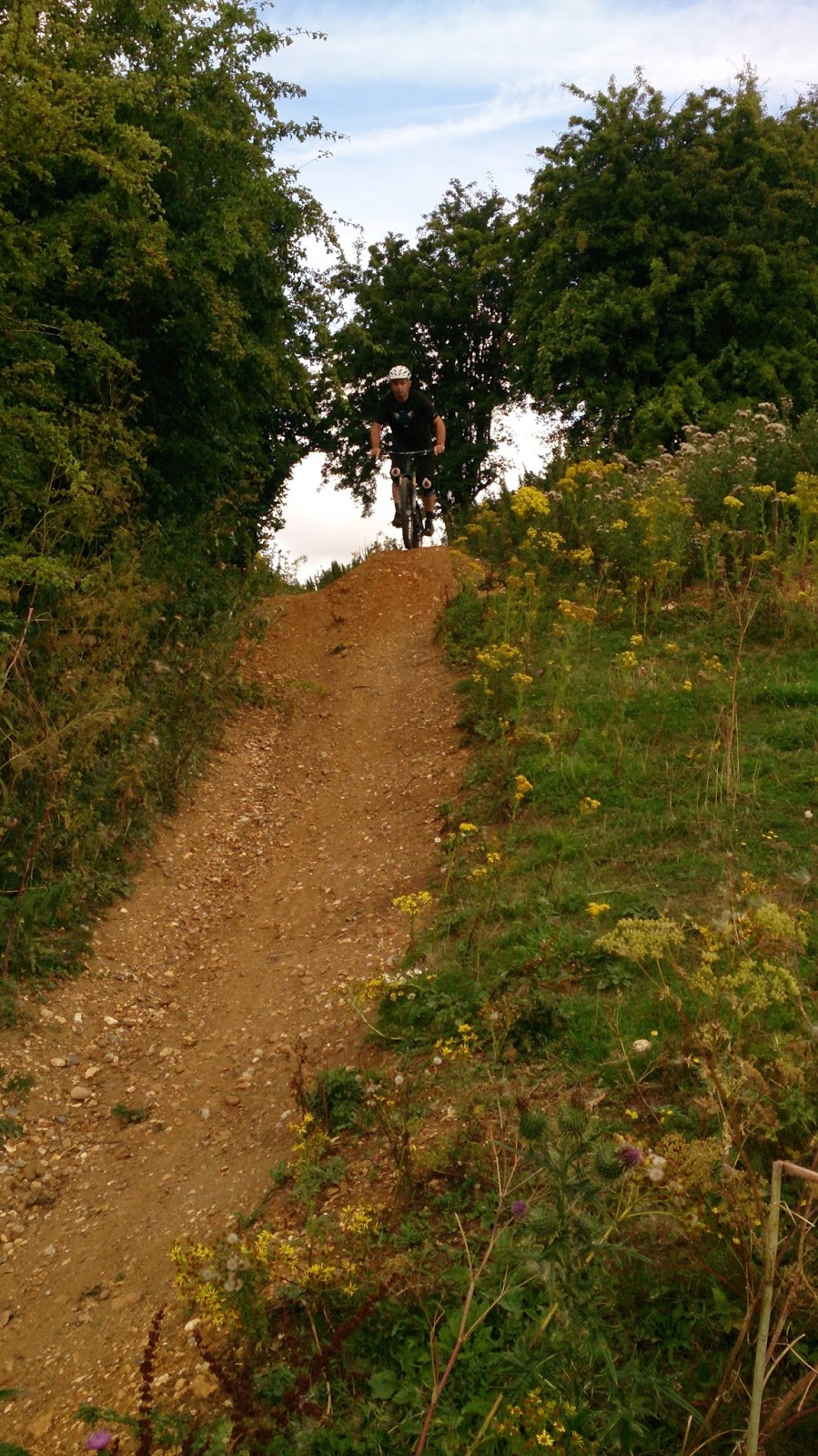 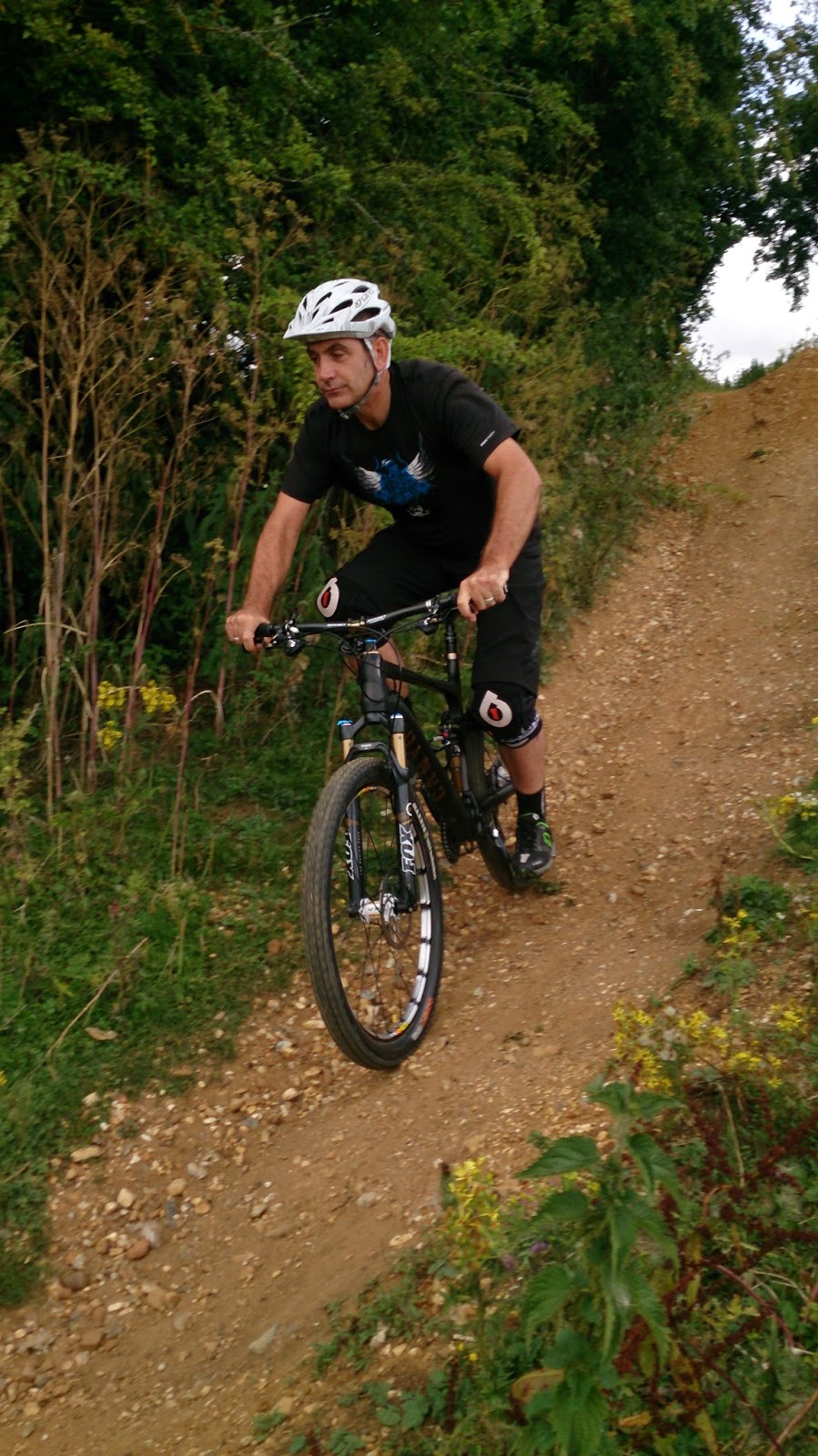 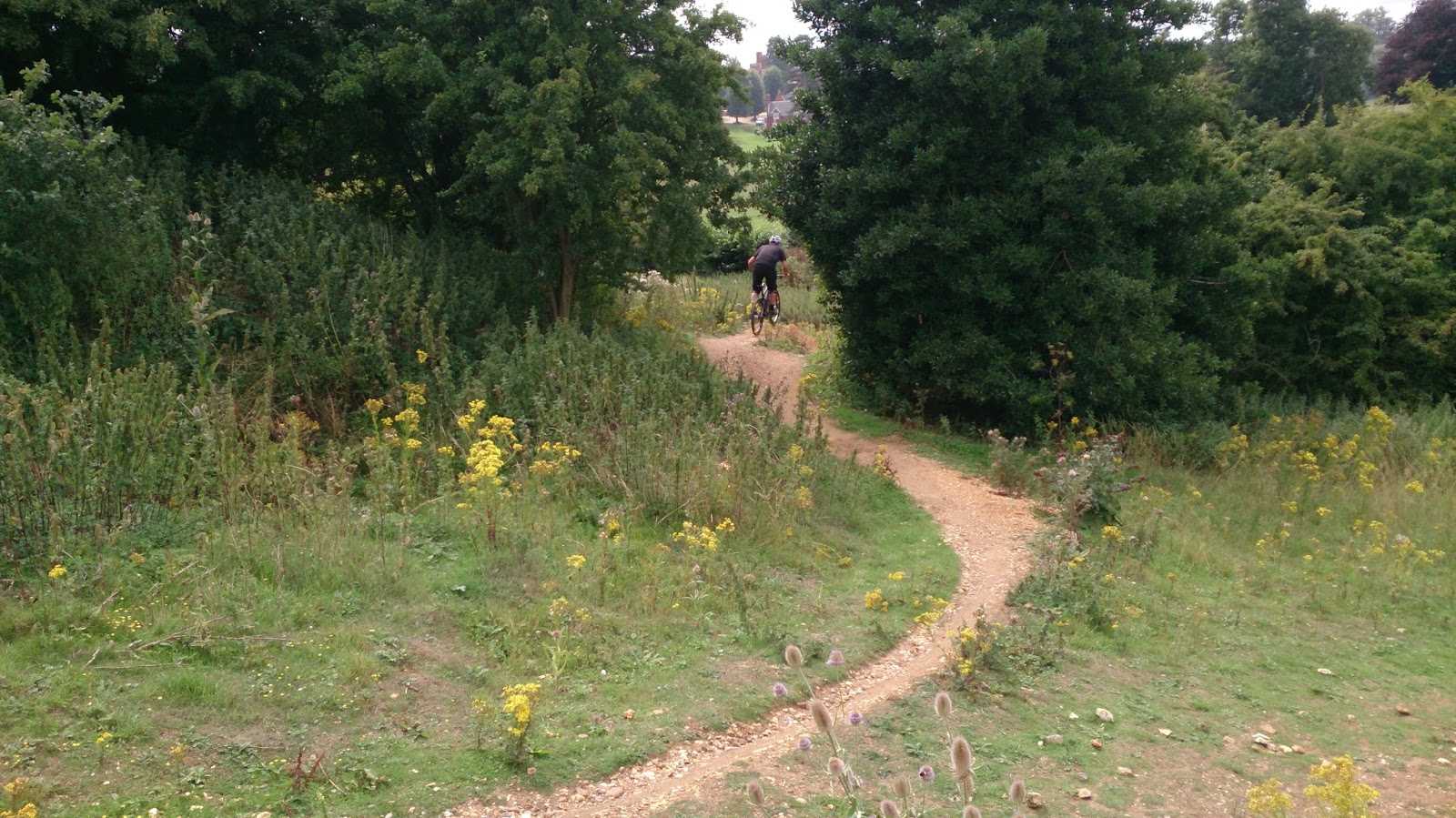 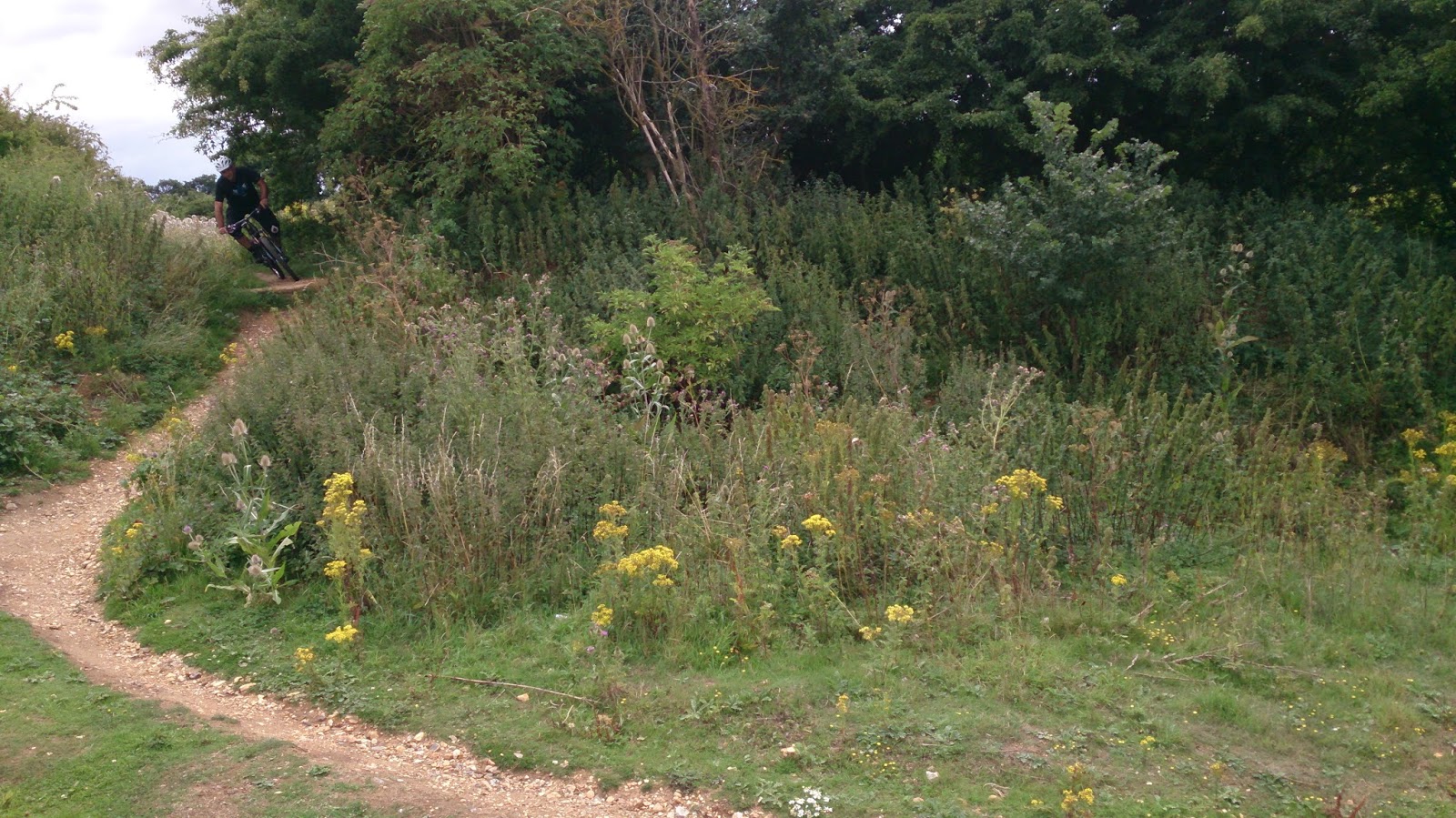 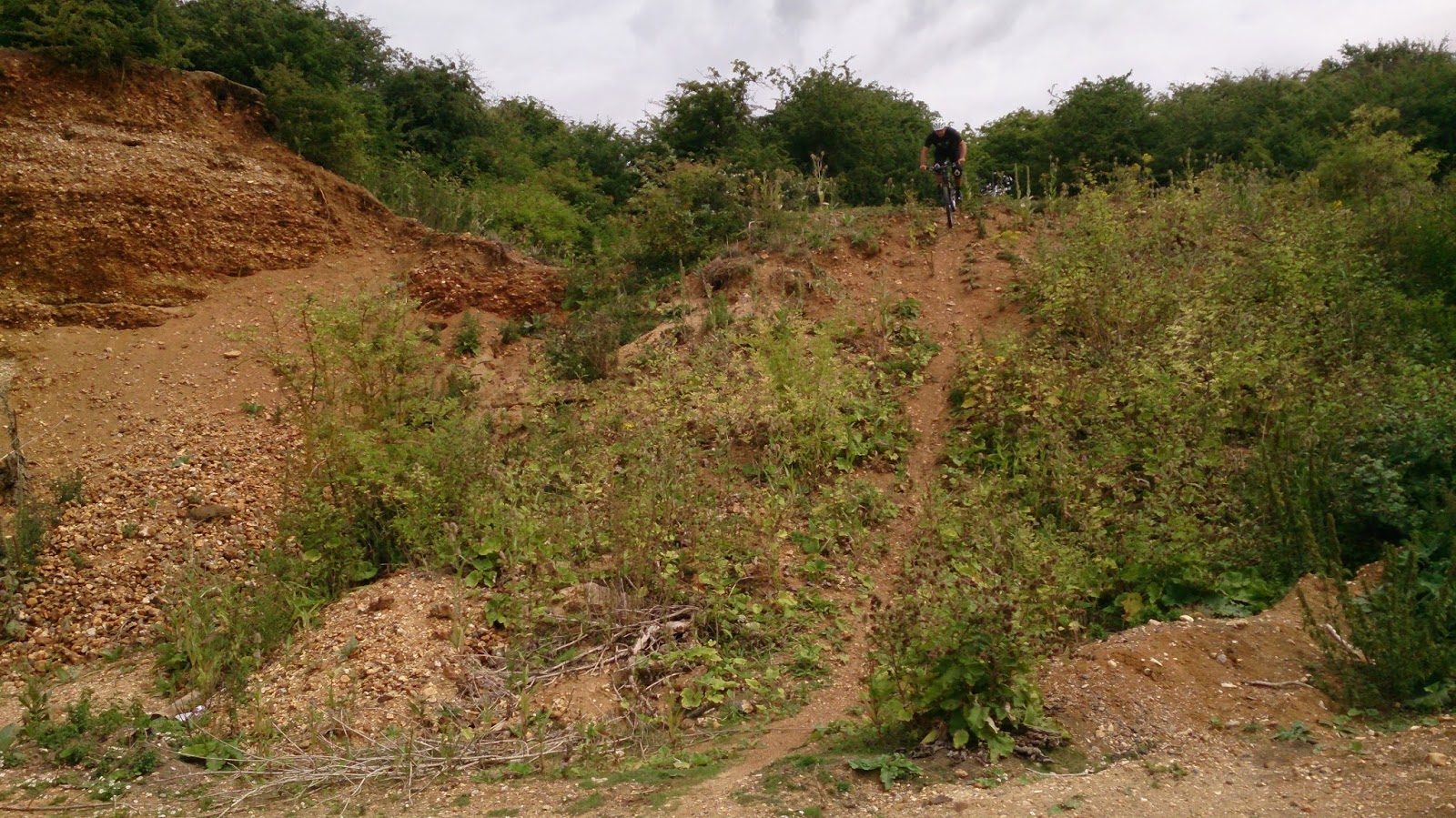 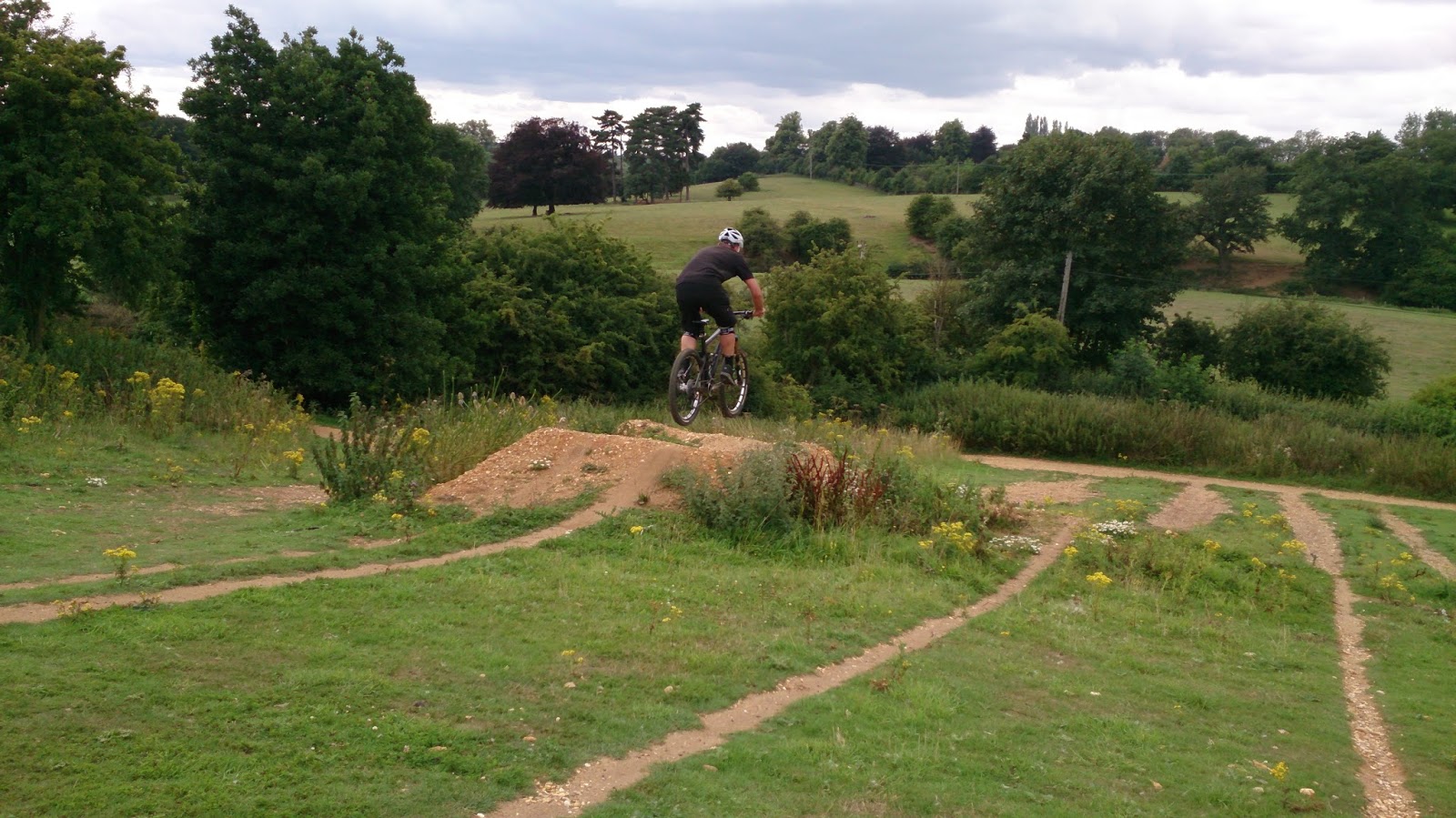 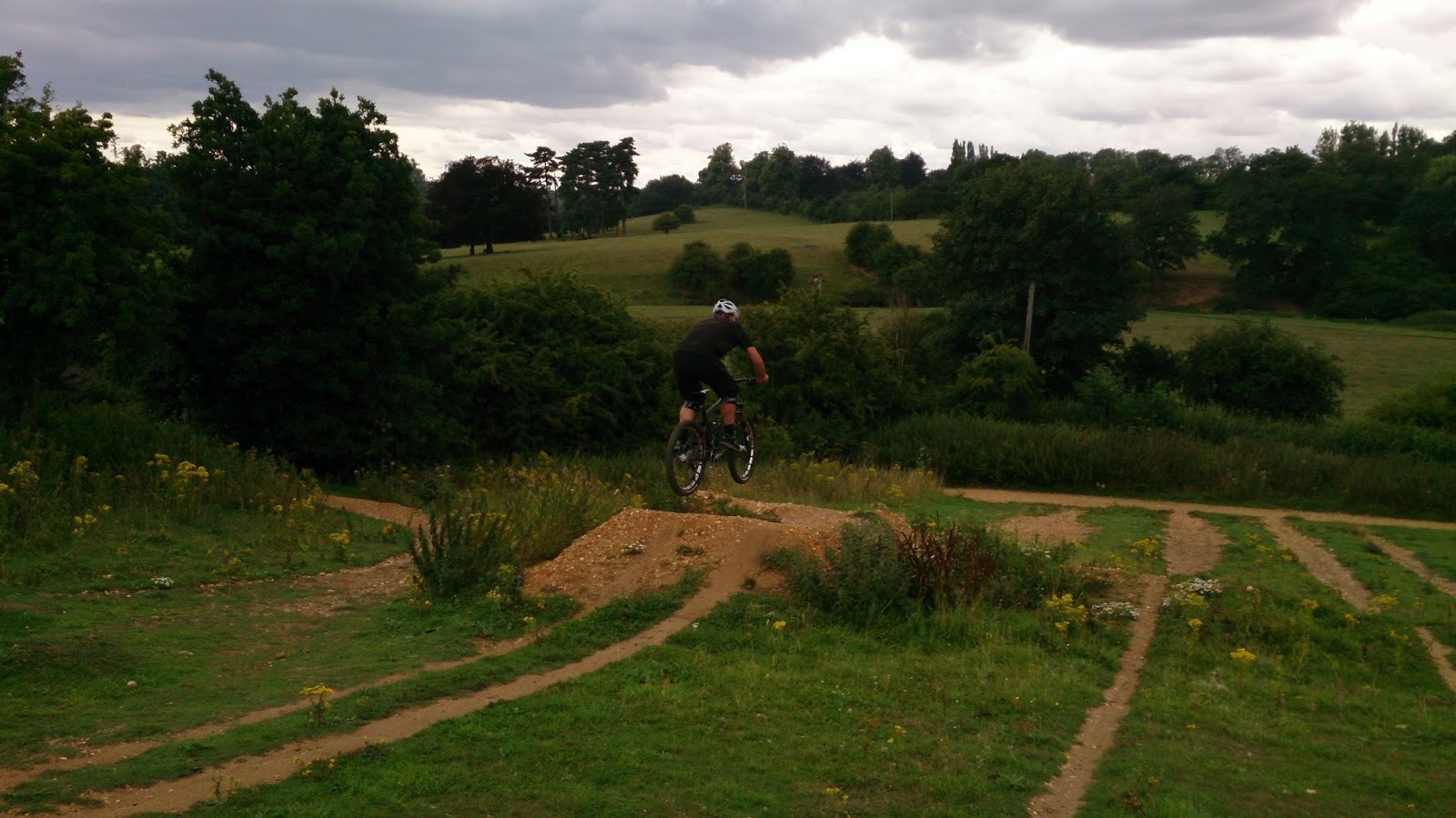 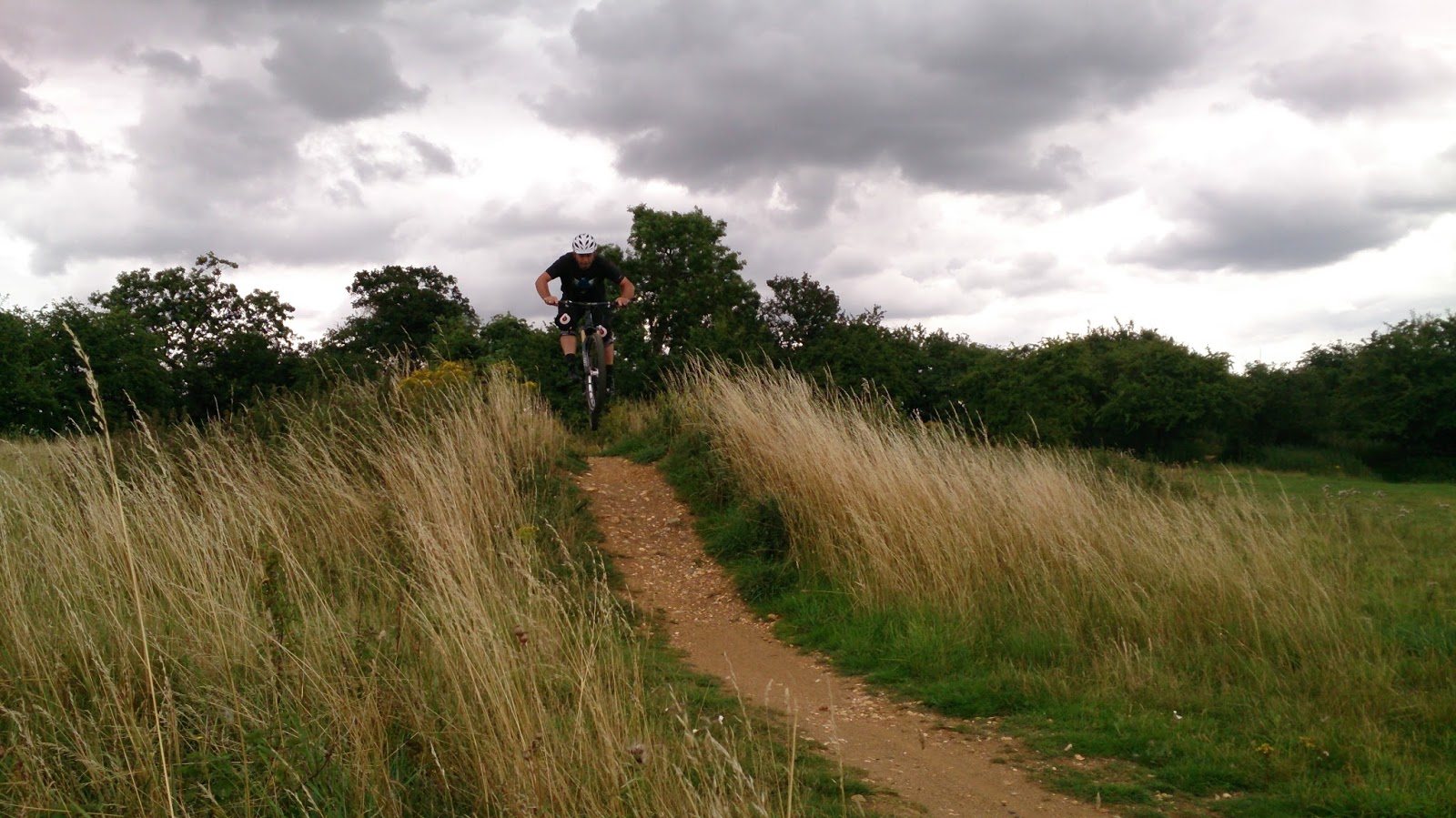 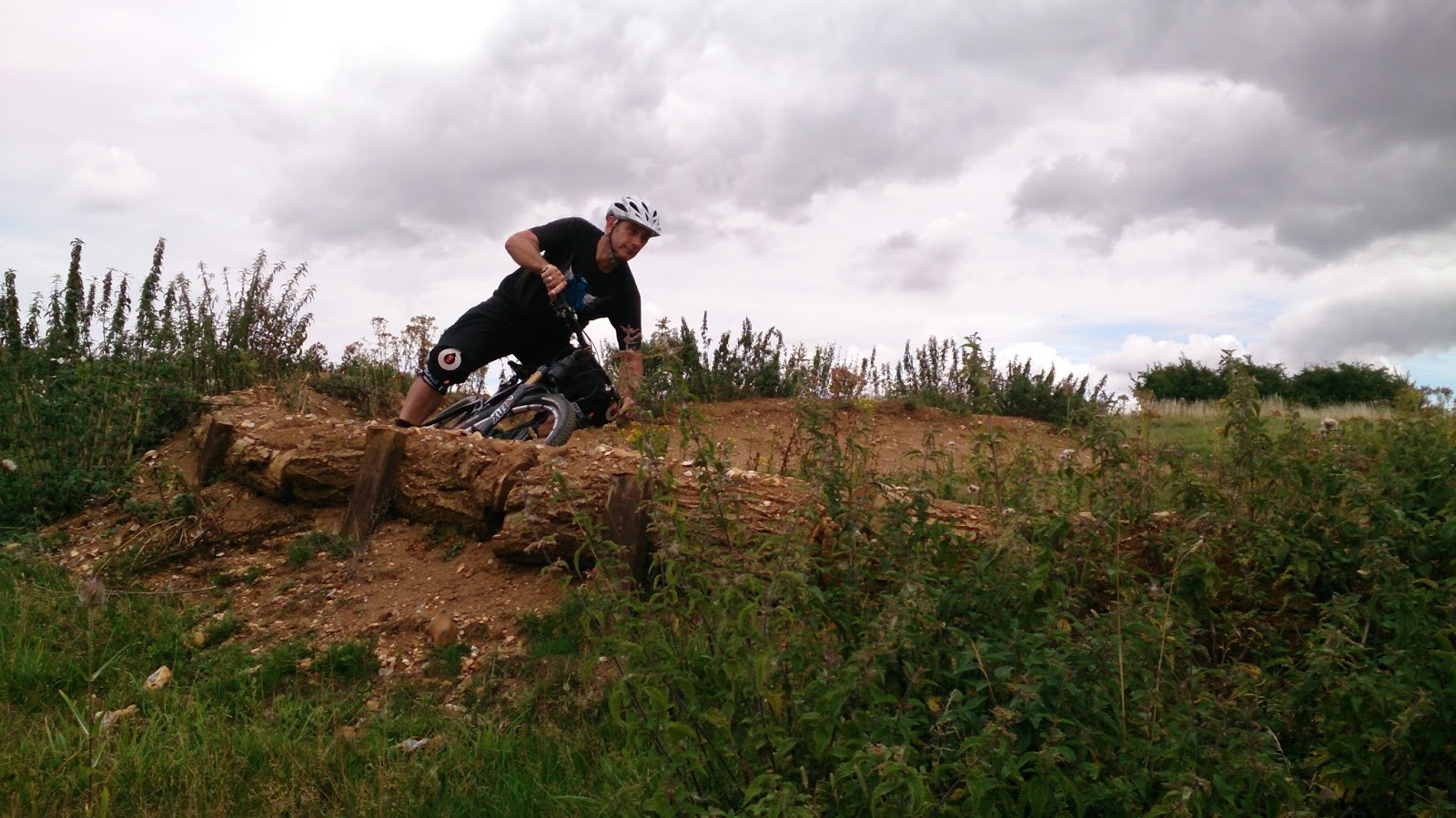 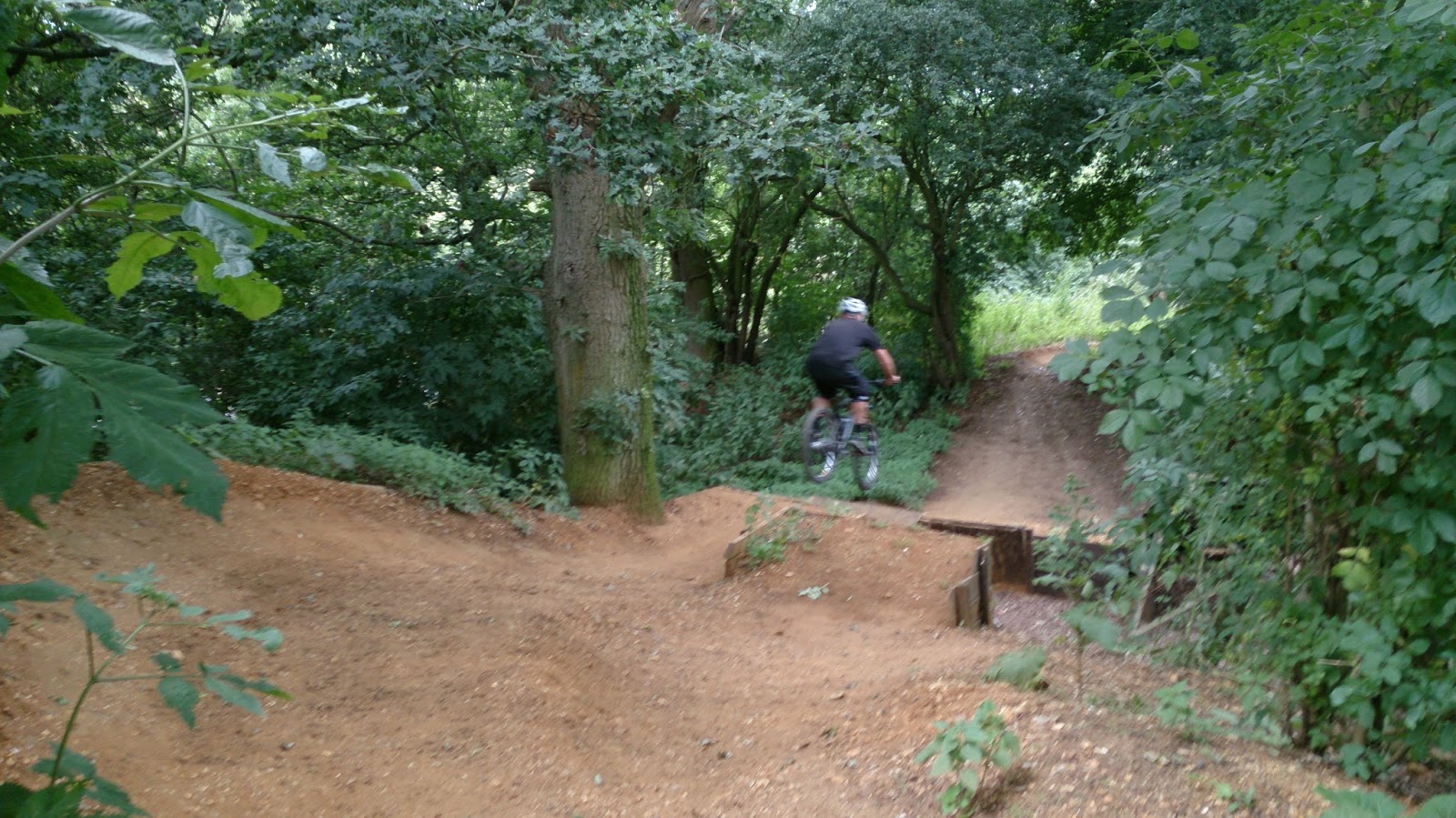 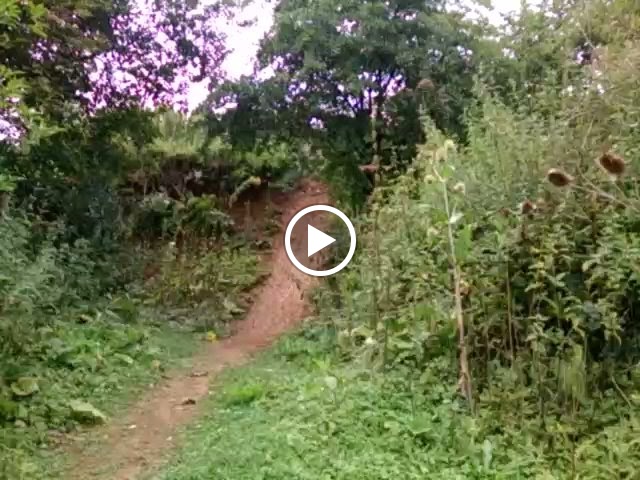 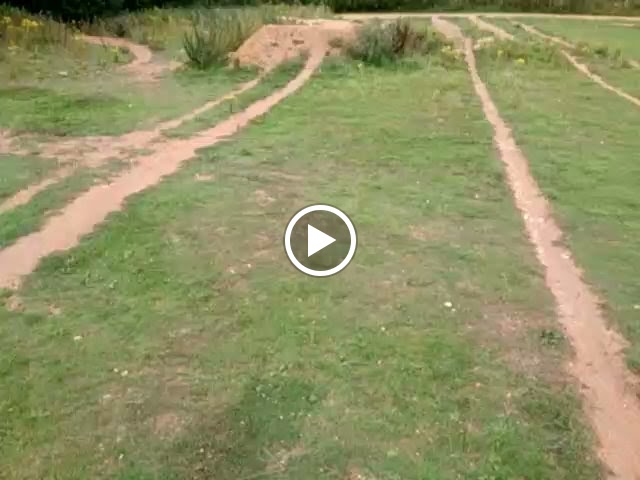 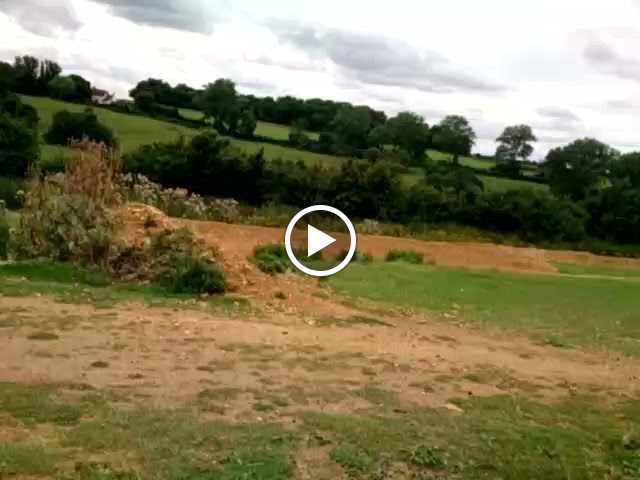 Mark turned up for his long awaited session wanting to improve his riding and get faster for gravity enduros too.
The skills check showed I needed to work on his looking and body positioning as well as his mental skills.
We began with the drop technique and soon he was riding drops more controlled and confident than ever.
We did some cornering drills before moving onto the skills trail and after a while Mark was riding it top to bottom smoothly and controlled. Flat , bermed, off camber and switchback turns were linked to absorbing, rock gardens, pumping, steps and drops. Errors were already being self diagnosed as he quickly understood why any section was correct or wrong.
We moved onto riding steeps and that really blew him away as he rode them easily with a new found body position and set up that really gave control.
Mark used to jump things as a kid and when we moved onto the 6ft tabletop and gap jump I woke up that memory and he knew why it was easy to once again get air time as he rode both sides of the jump with ease.
We moved onto another trail and worked on pumping, absorbing and jumping to gain speed on a trail and linked in 2 berms into that line too. We worked hard on fluidity and I could see he was tiring mentally but our session moved onto a 9ft gap jump that is sandwiched between 2 berms. After a demonstration Mark rode it but soon called an end to the session as he was too drained to continue.
Awesome return to coaching after a week off in the Alps.
High5!